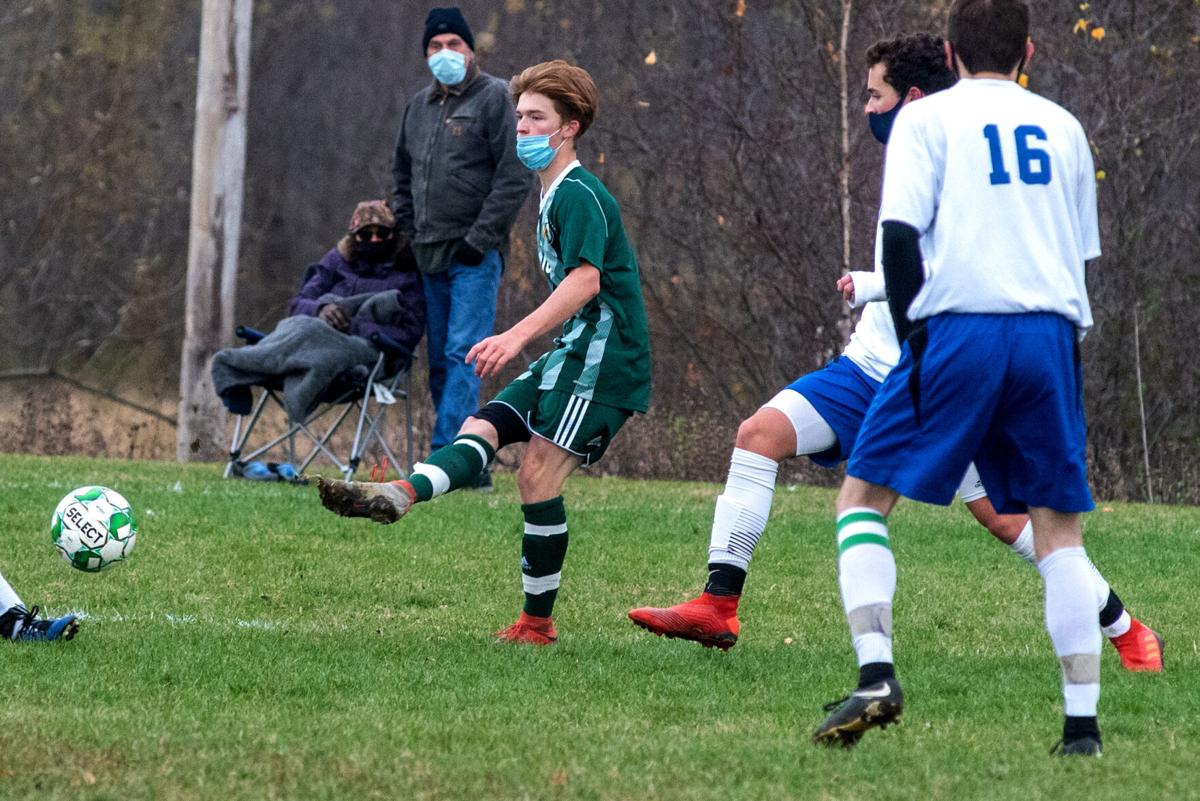 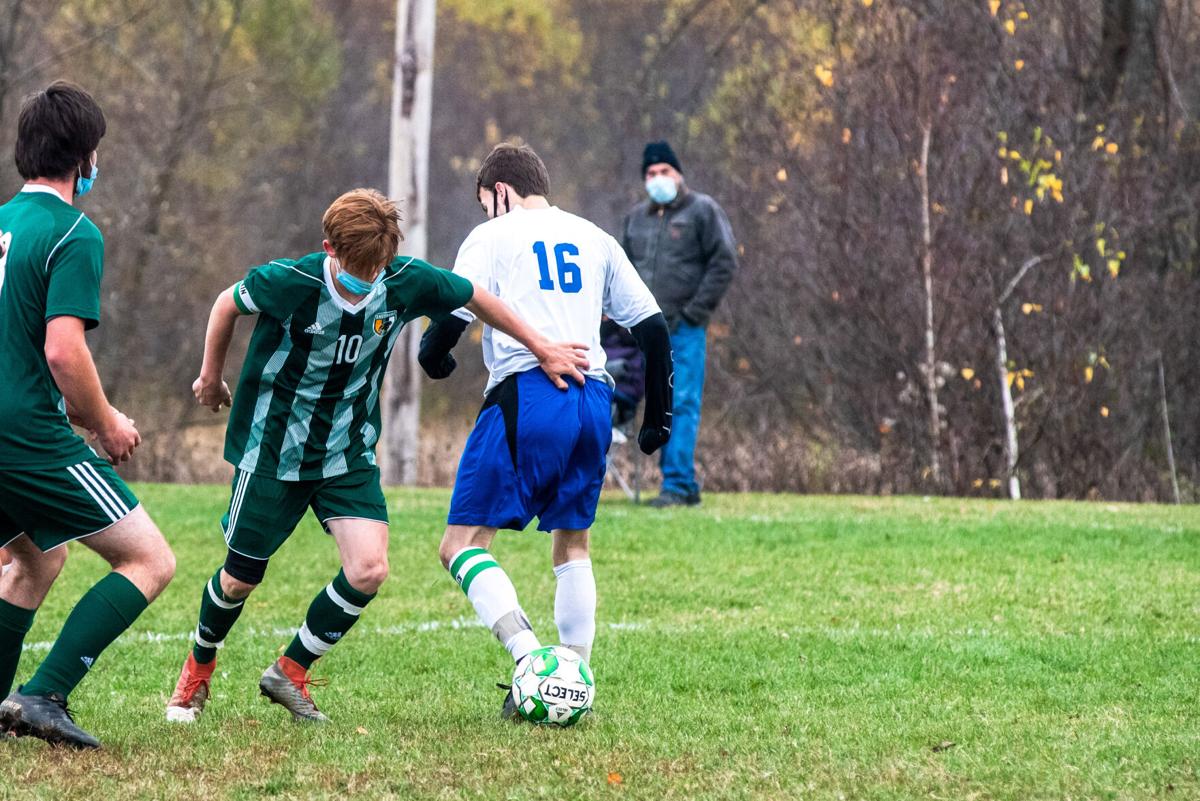 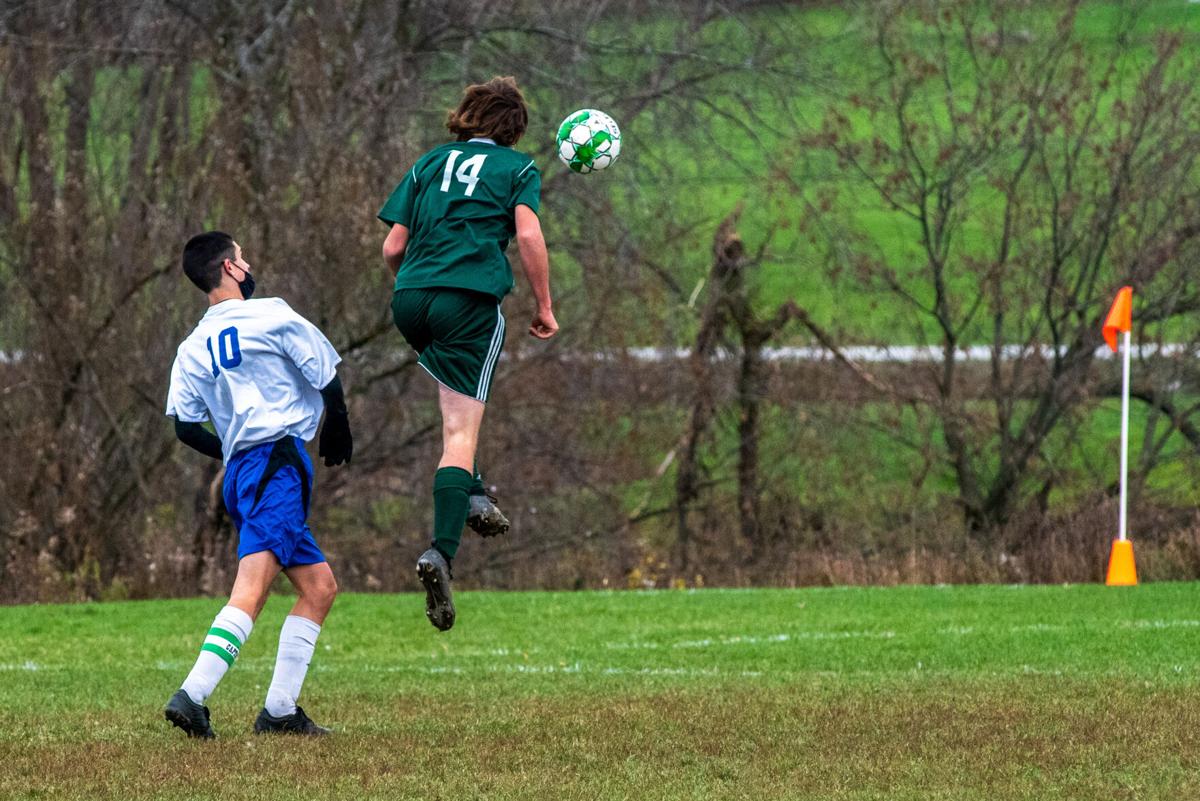 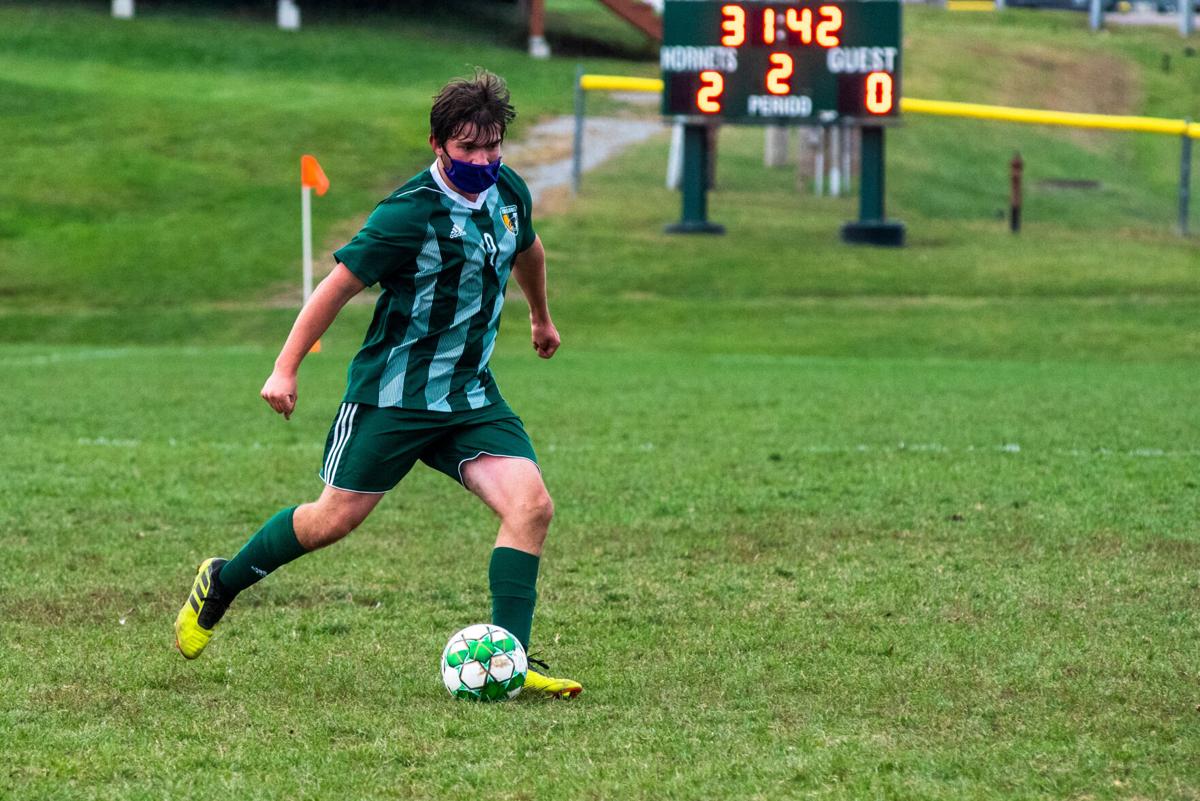 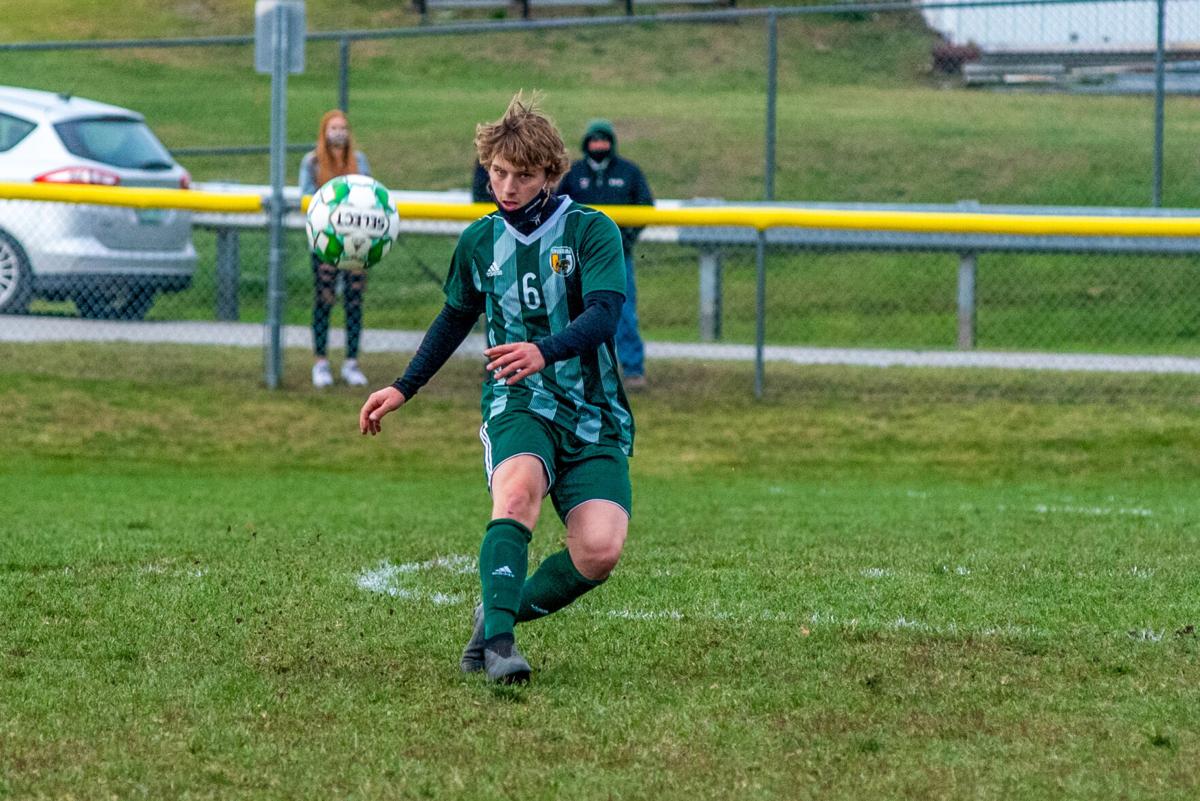 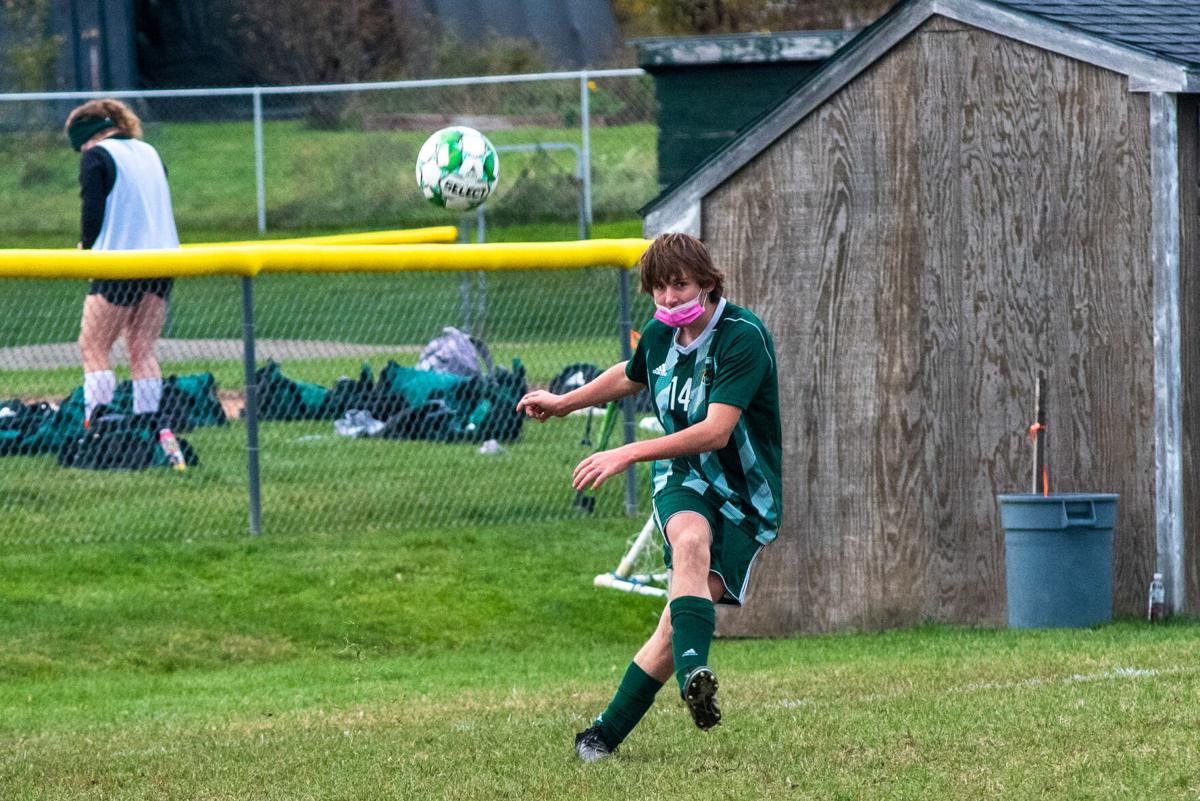 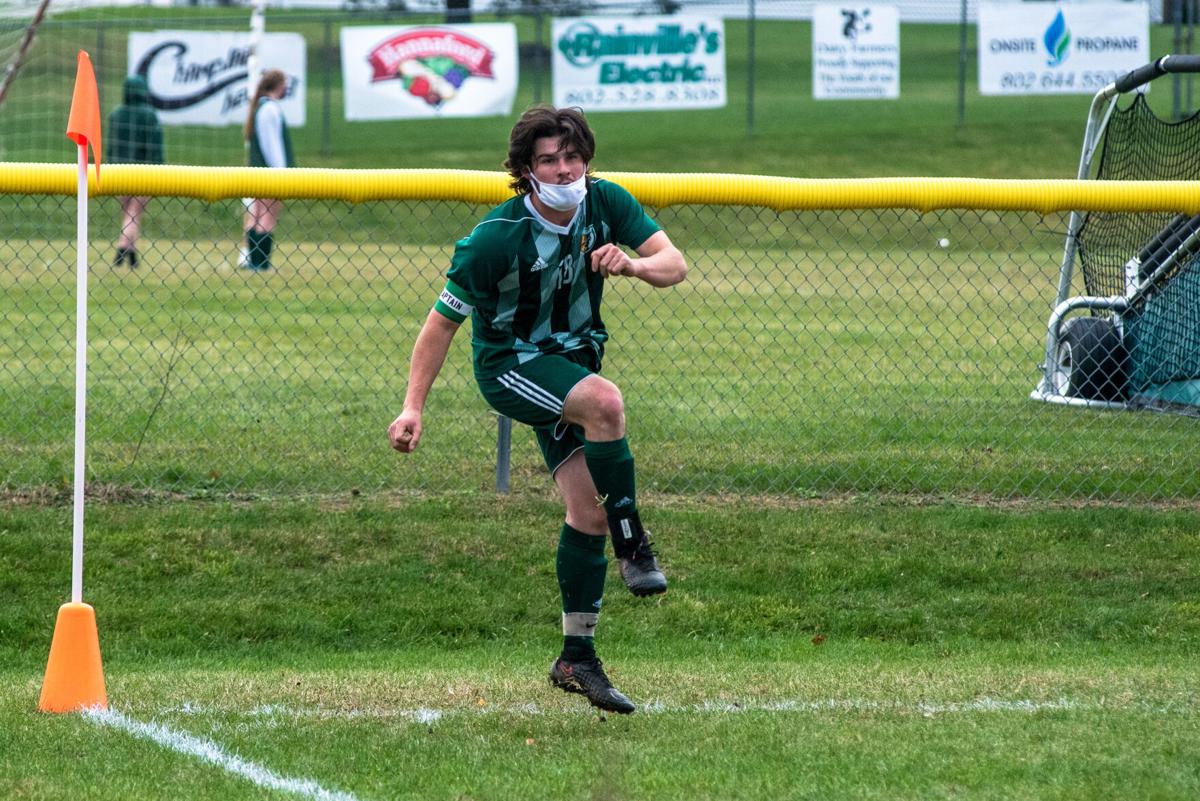 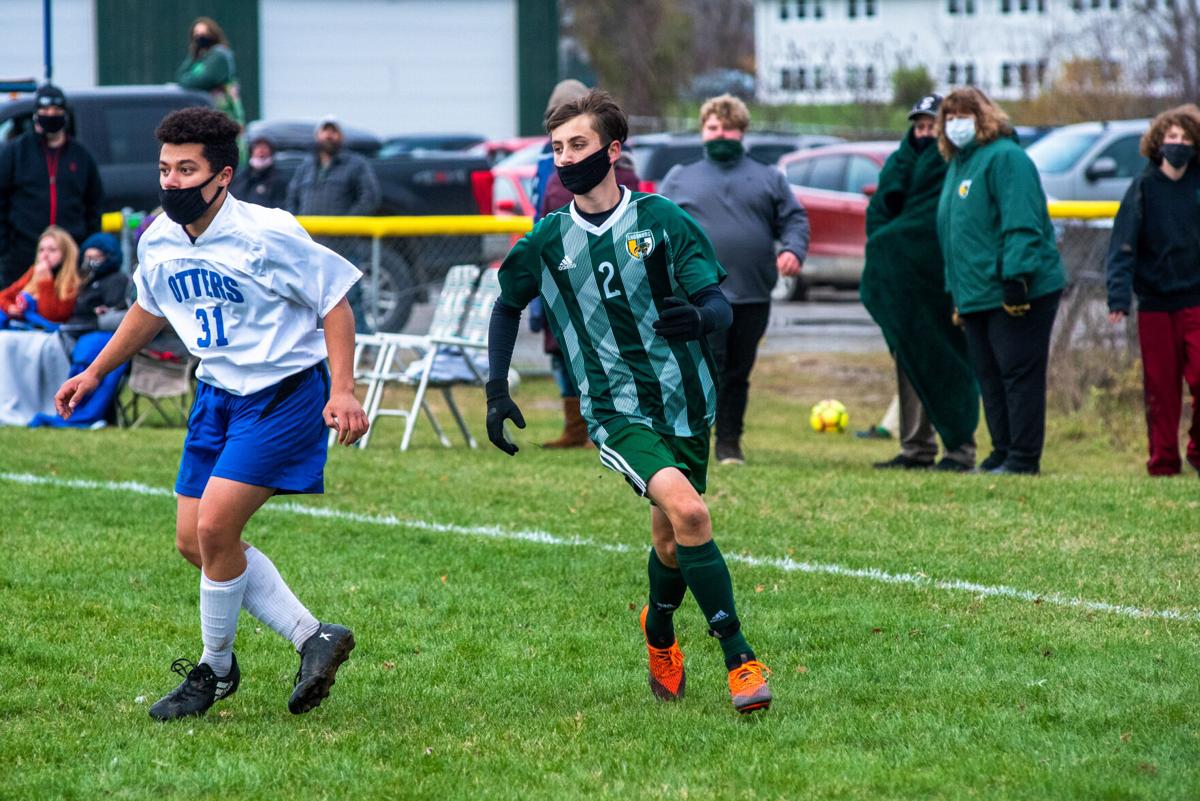 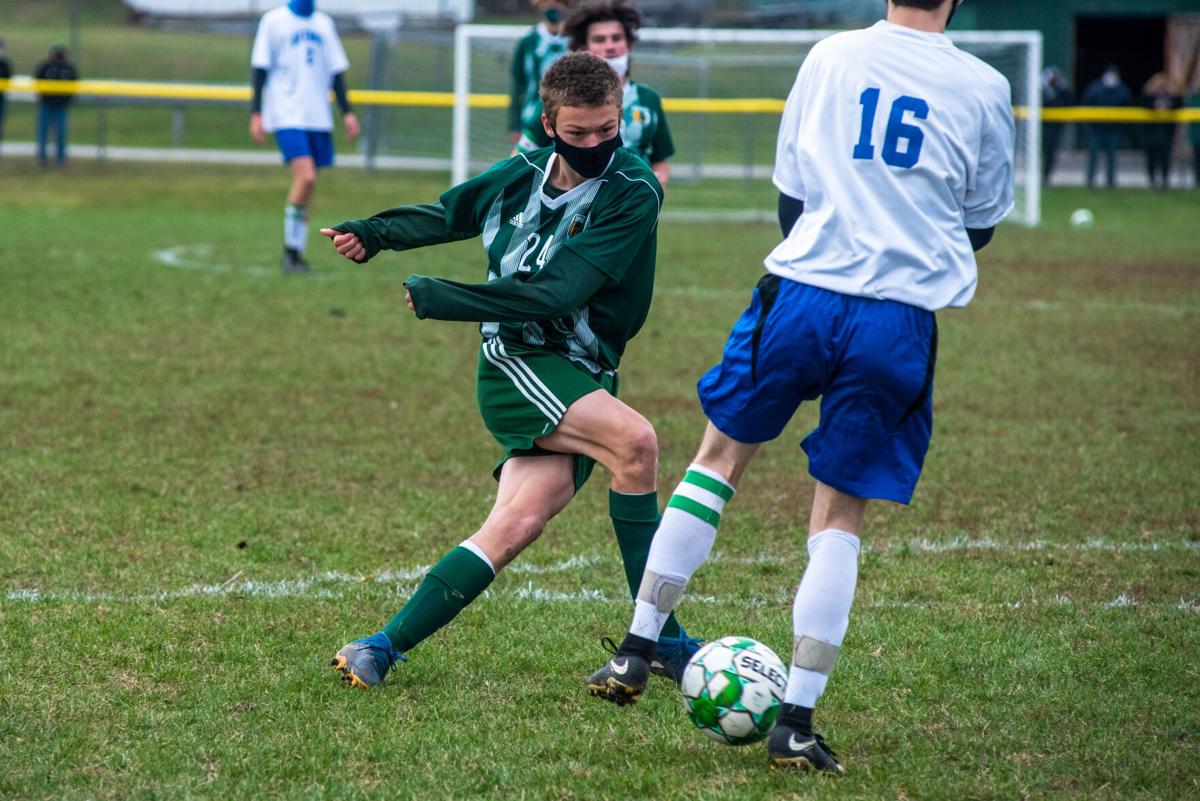 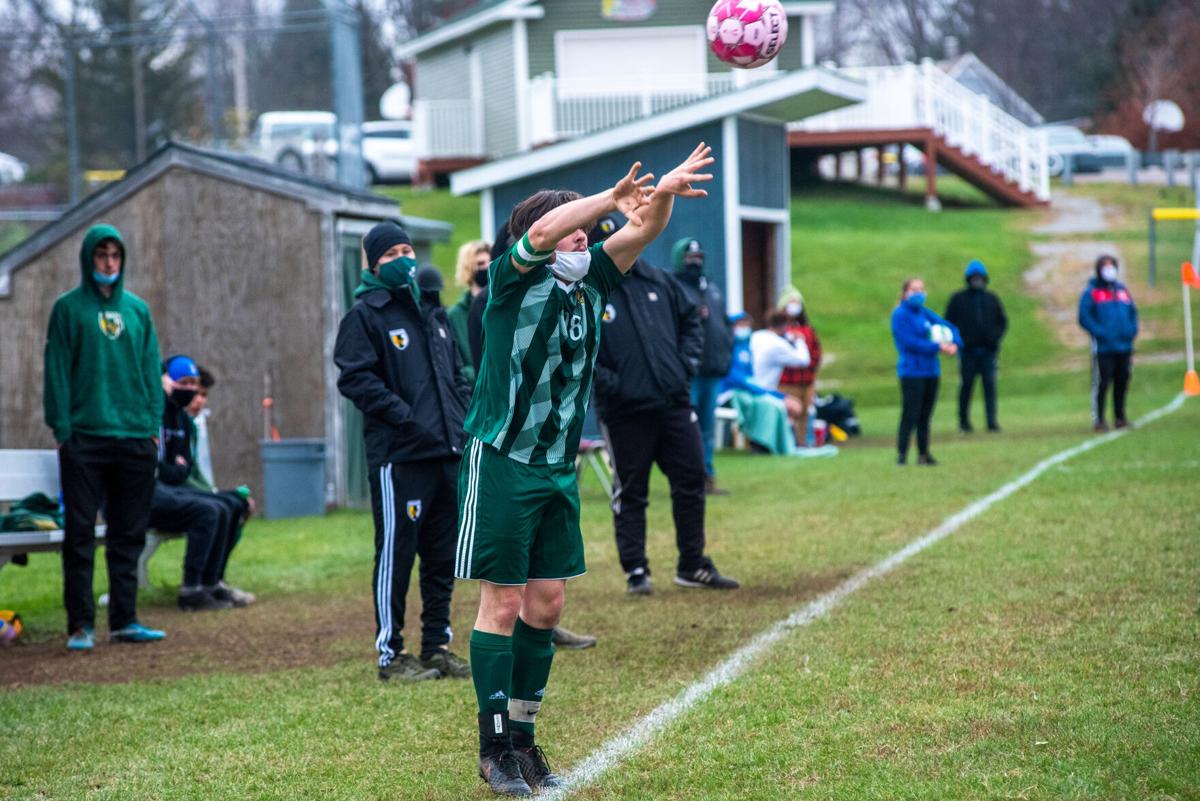 ENOSBURG — Levi Webb powered the Enosburg Hornets’ offense past the Otter Valley Otters in the first round of playoffs on Tuesday afternoon.

“Levi put his best game together tonight. He did all the things we’ve been talking about--he was unselfish, and he was selfish at the right time. He’s had a good season,” said Hornet coach Randy Swainbank, “but tonight was a culmination of what he’s been trying to do.”

Webb would score two of his three goals in the first half on assists by Brendan Deuso and Jacob Boucher. Webb’s third goal came in the second half on a breakaway.

“I wasn’t able to play in our playoff game last year, and I thought about that coming into this game,” said Webb.

“I had all that energy saved up from last year, and I just put it all out on the field,” said Webb.

Lawrence Harness netted the Hornets’ fourth goal off a corner kick with 3:30 on the clock.

“I thought we played close to a complete game. We knew a little bit about them, and the way we play fit well with them. We finished, and we put in a pretty good effort,” said Swainbank.

The Hornets will travel to in-county rival BFA Fairfax on Friday to take on the Bullets in the DIII quarterfinal.

“To be honest, this is perfect for us. We played them once in a pretty even game. They came out on top, but we’re pretty similar teams. It’s been a long time since we played Fairfax in a playoff game,” said Swainbank. “I’m looking forward to it.”