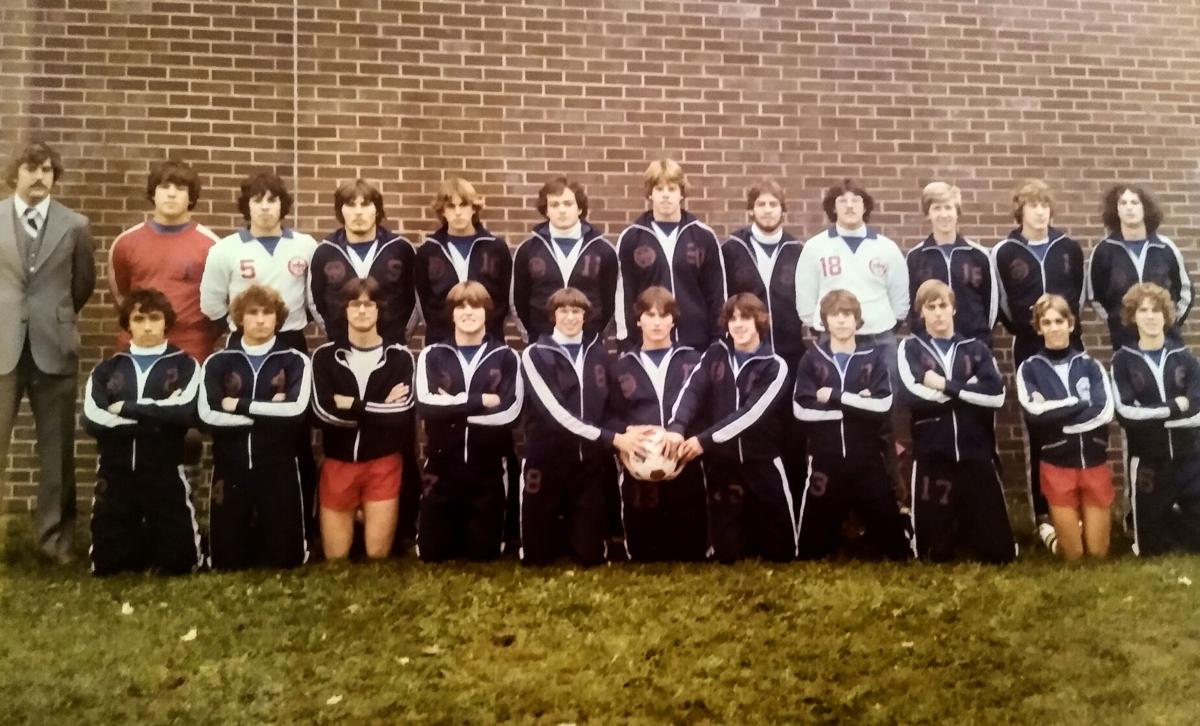 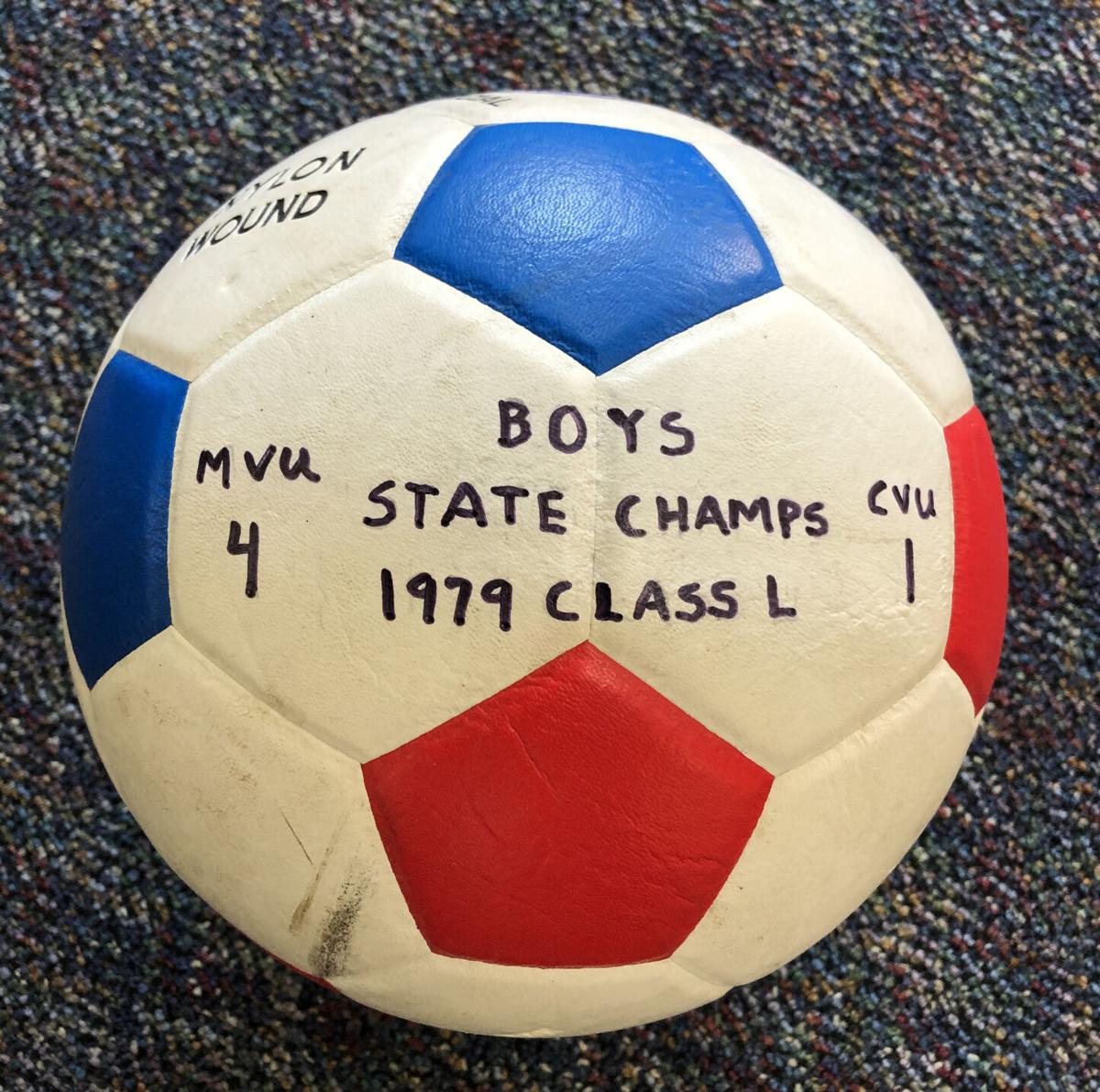 SWANTON — In the fall of 1979, Gary LaShure got his first taste of coaching at the varsity level; he also got to coach his team to a title.

“The semifinal game that season was the one we had to win, and it was like the movie Miracle,” said LaShure.

“The final game was like the Americans playing Sweden for the gold in the ‘80s; they had to beat the Russians first.”

‘79 was the fourth year in a row MVU made it to the finals in soccer. The Thunderbirds had won in ‘76 and ‘77 and lost in ‘78 after going undefeated.

LaShure, 25 years old at the time, had coached the JV boys’ soccer team for two years before moving to varsity in ‘79.

“I knew the kids and had a good idea of the program and the tradition that was there,” said LaShure.

“The kids had that championship mentality, and it was an amazing year coaching varsity.

“I was walking into the shoes of Joe Fiarkoski and Mickey Lyford; they were both great coaches.”

Fiarkoski and Lyford had laid an excellent foundation for the MVU soccer program.

“Joe and Mickey believed MVU would be competitive because we were tougher and more competitive than other teams,” said LaShure.

“The guys were skilled, but they were tough. Joe was former military, and he ran his practices in that style.”

“We beat Spaulding 3-1, and I had one key player, Wayne “Spider “ Thompson, who was so banged up he could barely walk,” said LaShure.

“Wayne scored the third goal, and he was pretty inspirational.”

John Raleigh, in goal for MVU, had 10 saves for the T-birds.

On October 31, Halloween, the Thunderbirds faced the No. 1 seed, MMU, for the semifinal.

“They were an incredible club, and they had beaten us 4-0 in the regular season,” said LaShure.

“John stole that semifinal game. He single-handedly saved us. He had 12 saves, and some were phenomenal.”

The game was tied 0-0 at the end of regulation; the teams played into double overtime, but the stalemate remained.

Eventually, the game was called on account of darkness.

“The ruling at the time was that you had to play the whole game over again the next day,” explained LaShure.

On November 1, the Thunderbirds loaded onto the bus and headed back to MMU.

“I could never duplicate the incredible feeling on the bus,” said LaShure.

“The next day, Randy Dumont scored on the first possession, and we went crazy!”

In the ‘70s, high school soccer was played in quarters, and in the fourth quarter, Raleigh, in his orange toque, saved the Thunderbirds once again.

“John was making one incredible save after another--balls were banging off the post,” said LaShure.

“We worked so hard to keep them off the board; a minute and a half into the fourth quarter, Wayne Thompson hooked one in from the corner. It was big!”

When the final buzzer sounded, the Thunderbirds had upset the No. 1 MMU Cougars 2-0.

“We outworked them, but we had a lot of luck! Nothing was comfortable; there was craziness the whole game,” said LaShure.

“It was just us withstanding barrages from MMU. John just shined in that particular game. Looking back, scoring right away was the momentum that carried us.”

On November 3, MVU traveled to the final at Centennial. Rained postponed the game, moving it to the morning of Monday, November 5.

“It was a beautiful day, and I remember going down to the field. I’d played there in college, but for the high school guys, it was a whole different feel,” said LaShure.

LaShure recalled walking the guys over the field.

“We went into the goal and saw that it was the same as the one at home,” said LaShure with a chuckle.

MVU played No. 3 CVU, the team they’d fallen to the year before, in the finals.

“It was one of those games where I just knew we were going to win. It was a whole different level of confidence.”

Wayne Thompson put the T-birds on the board in the first quarter.

“You can see how important that tape job was!” said LaShure.

“I remember that shot. Wayne was at least 35 yards out. He hit the ball, and it had no arc; it was a pretty, pretty goal.”

A minute later, at 18:48, Lavoie scored again. Randy Dumont tacked on the final goal in the fourth quarter with 2:08 remaining in the game. John Raliegh had 12 saves.

“Lavoie, Dumont, and Thompson were all seniors. They were all part of the great season in 78, and they were determined to win!” said LaShure.

“They had the attitude that they’d come that far, clawed their way out, and survived, and they weren’t going to lose this one.”

LaShure recalled the ride back to MVUl after the game.

“The boys insisted we drive through St Albans. They all got out of the bus at the corner of Fairfield Street and Main and ran alongside the bus for about 1/4 mile, cheering and celebrating,” said LaShure.

“When we got to school, classes were still going on and the whole team ran around the building cheering and celebrating. It was quite a day!”

LaShure credited others for the incredible run.

“Kudos to Mickey and Joe, who gave the guys a great foundation. I didn’t win the championship; my team did.”

LaShure would go on to coach at MVU for 19 years, surpassing 100 wins as a high school varsity coach.

“I don’t remember everything, but I can tell you everything that happened that year,” said LaShure.

"I was very competitive. One day, that first year, John Raliegh challenged me to a full field sprint. I felt I could beat him," said LaShure.

"The person who lost had to buy the other person a 6-pack of glass bottled Sunkist soda.

"I gave him a 5-yard head start, and I almost killed myself to beat him! I dove over the finish line to beat him.

"That night I was at home, and I heard someone say 'hey,' and I looked out. John was gone, but on the steps was a 6-pack of Sunkist soda.

"That's the way he was. He was bigger than life in those two games--it was pretty incredible."

LaShure recalled that John Raleigh had eight shutouts in '79 as a junior at MVU.

LaShure wished to thank Larry Trombley, his JV / assistant coach, and let the community know that he shared the story in memory of John Raleigh and Doug Desorcie.

It's a small world:

The friend who taped Wayne Thompson, Tim Myler, lived in Lake Placid and went on to become a Ranger in the army.

In 1980, Tim was in charge of one of the Luge Curves in the Olympics. His sister Cammy, a member of the US Olympic women's luge team, was elected by her teammates to carry the American flag during the opening ceremony of the 1994 Winter Olympics in Lillehammer.