Starting at
$5.00 for 30 days
Get Started
View all rates
You are the owner of this article.
Edit Article Add New Article
Subscribe | Sign In
Home
News
Sports
Classifieds
Obituaries
Editorial
Business Directory
Things to Do
About Us
e-Edition
2020 Meet Your Business Community
2020 Resource Directory
NEWSLETTERS
1 of 8 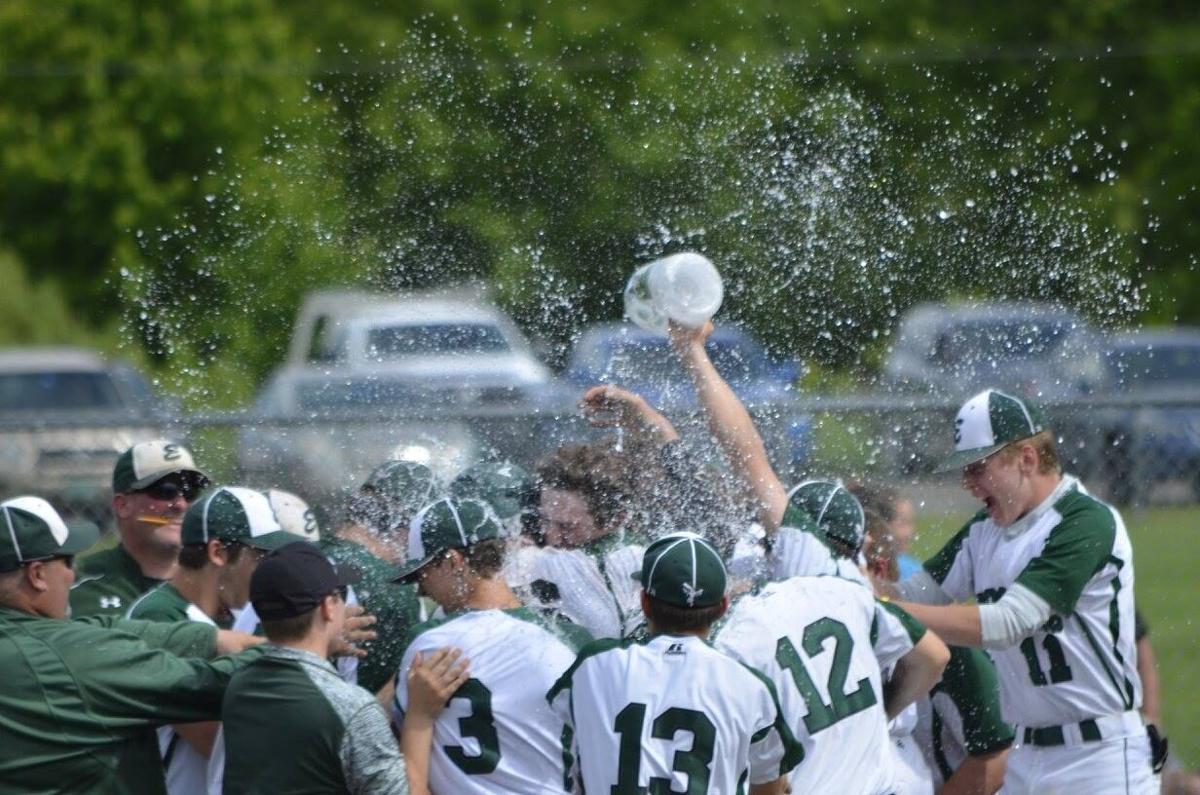 The Enosburg Hornets celebrate their quarterfinal win over Thetford in 2017. 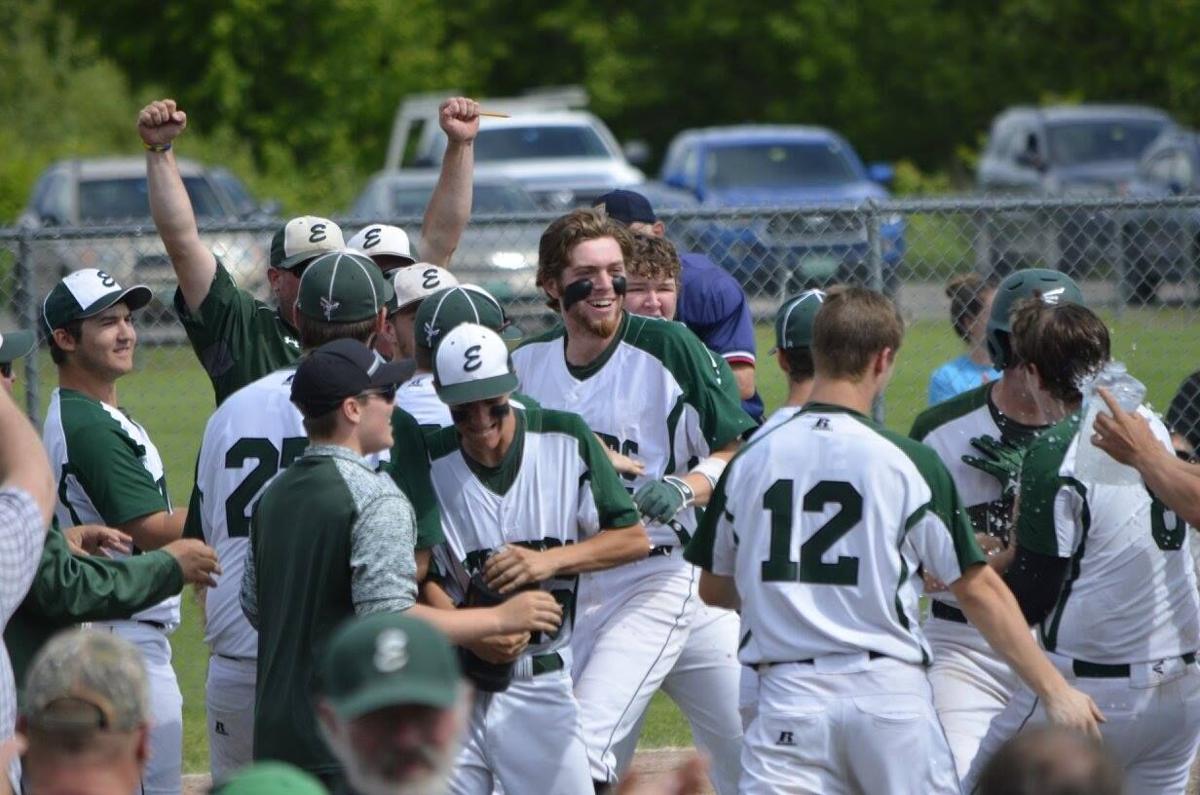 The Hornets, moments after securing the quarterfinal win against Thetford in the DIII playoffs. 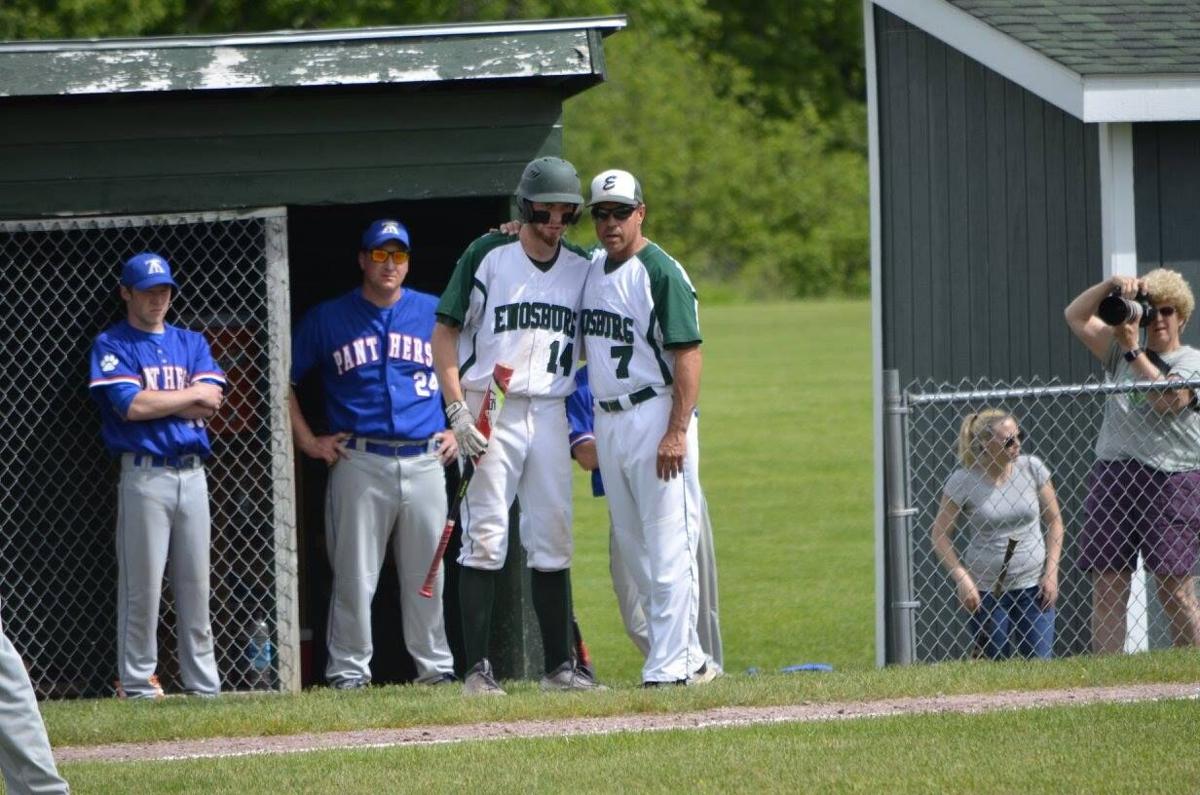 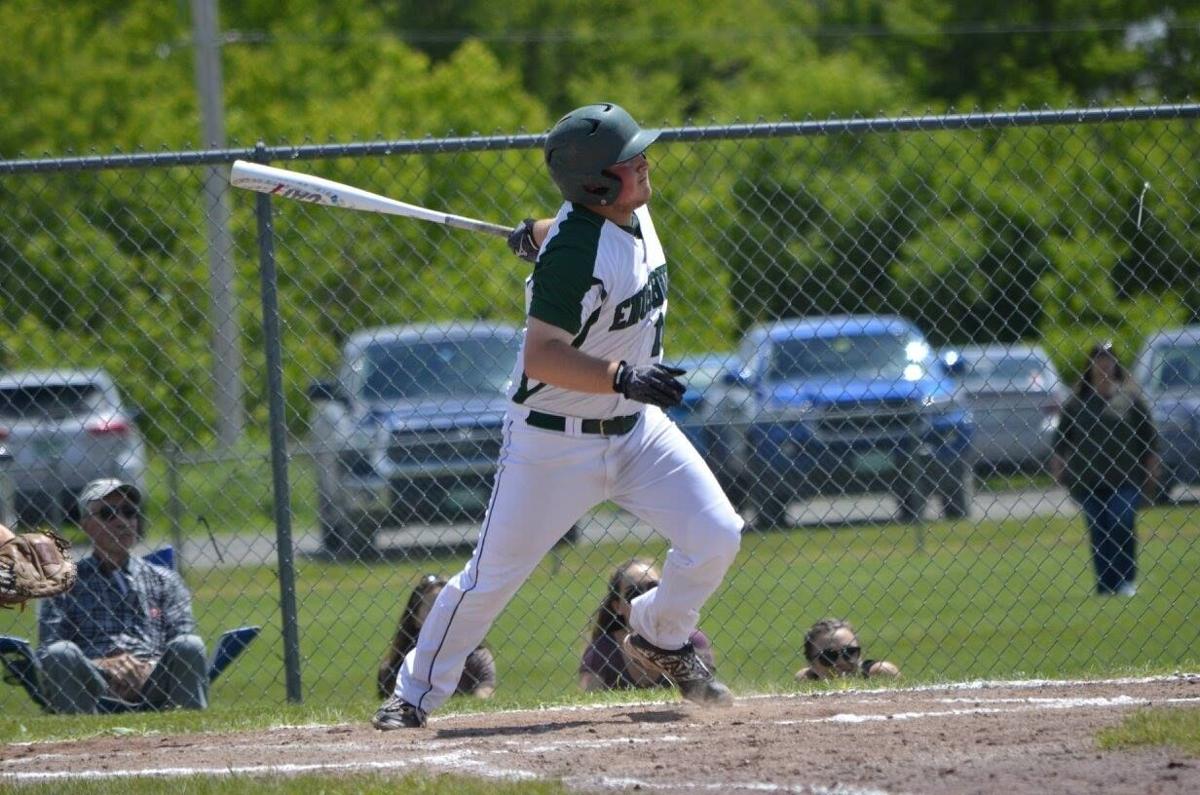 Alec Burns hits his way on base in the DIII quarterfinal in 2107. 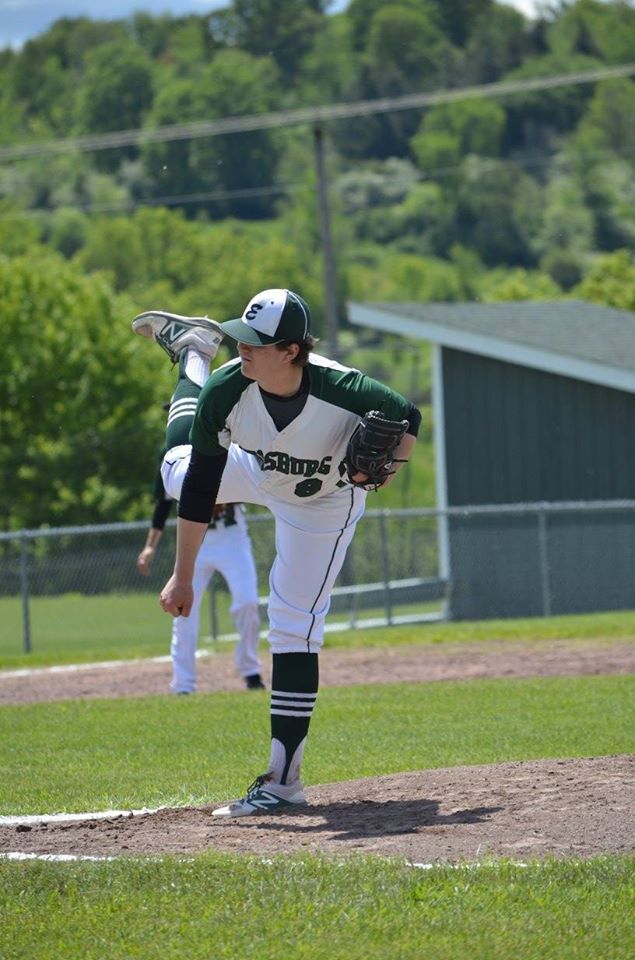 Brayden Howrigan with the start in the quarterfinal against Thetford. 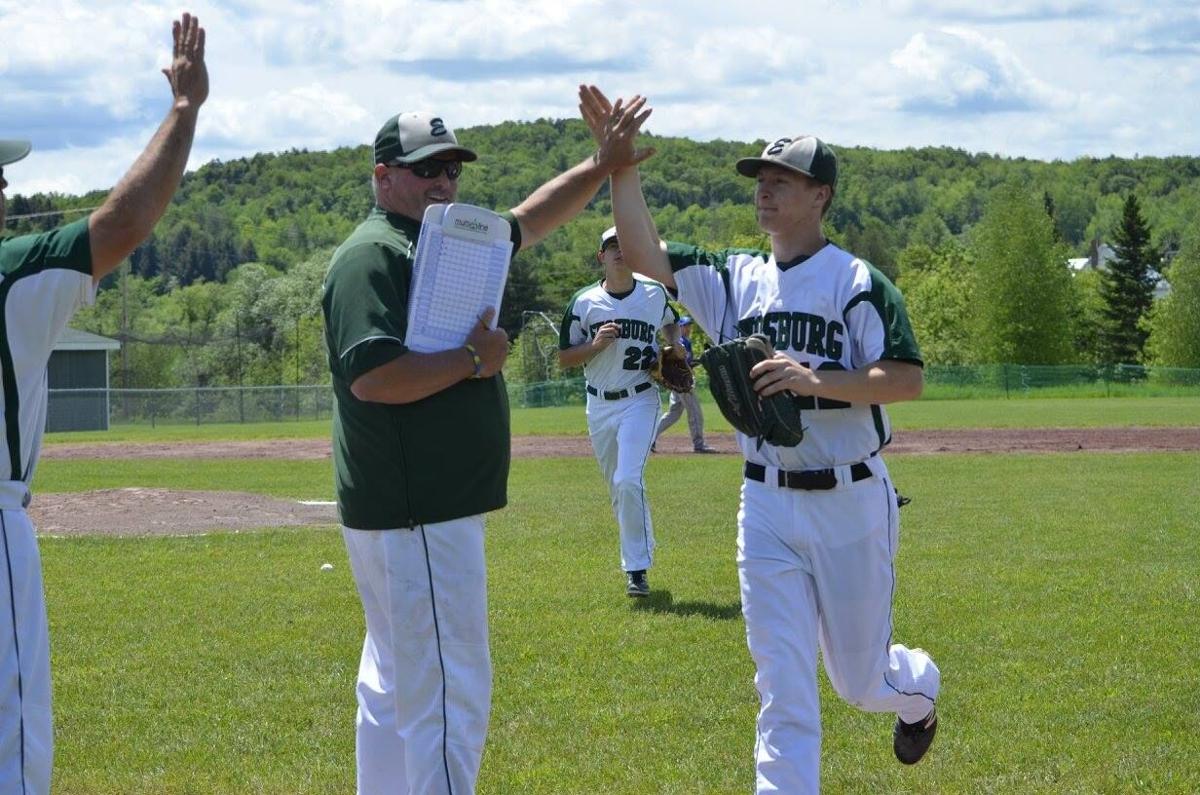 Evan Doe gets a high-five from Mike Howrigan. 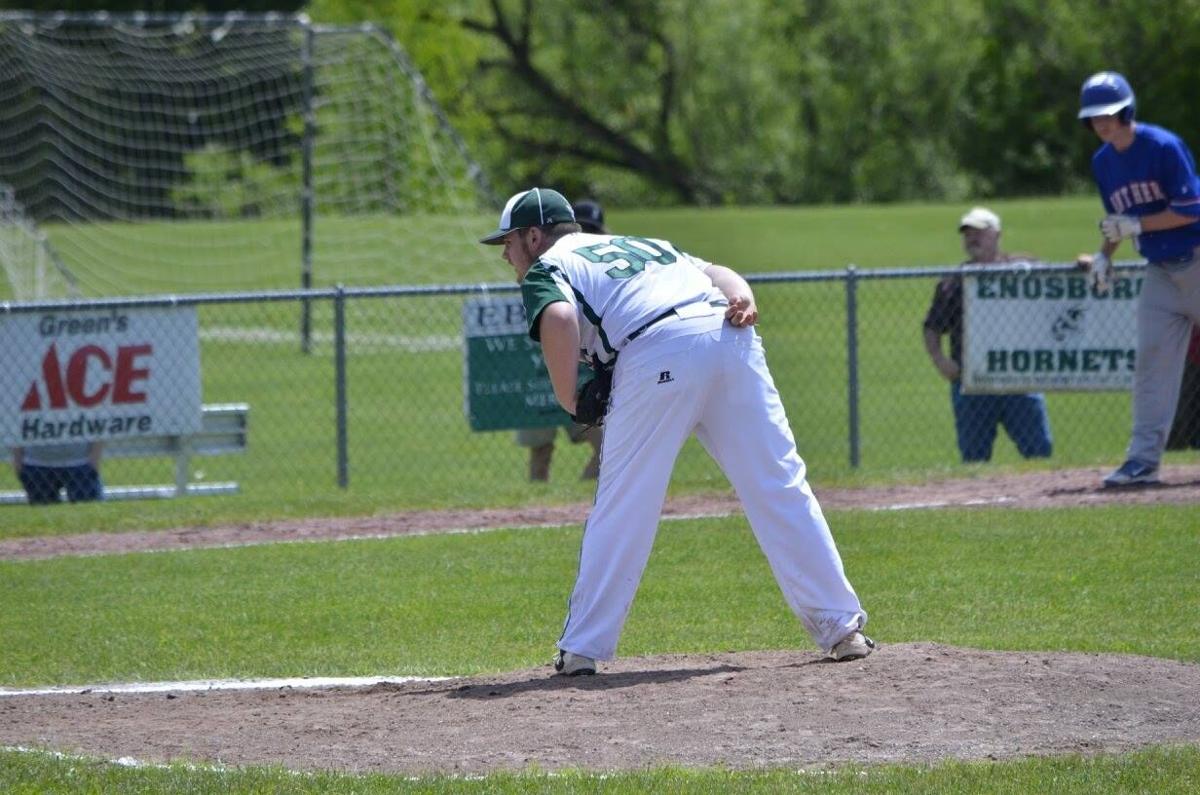 Nik Sabrowski on the mound for the Hornets in the 2017 quarterfinal against Thetford. 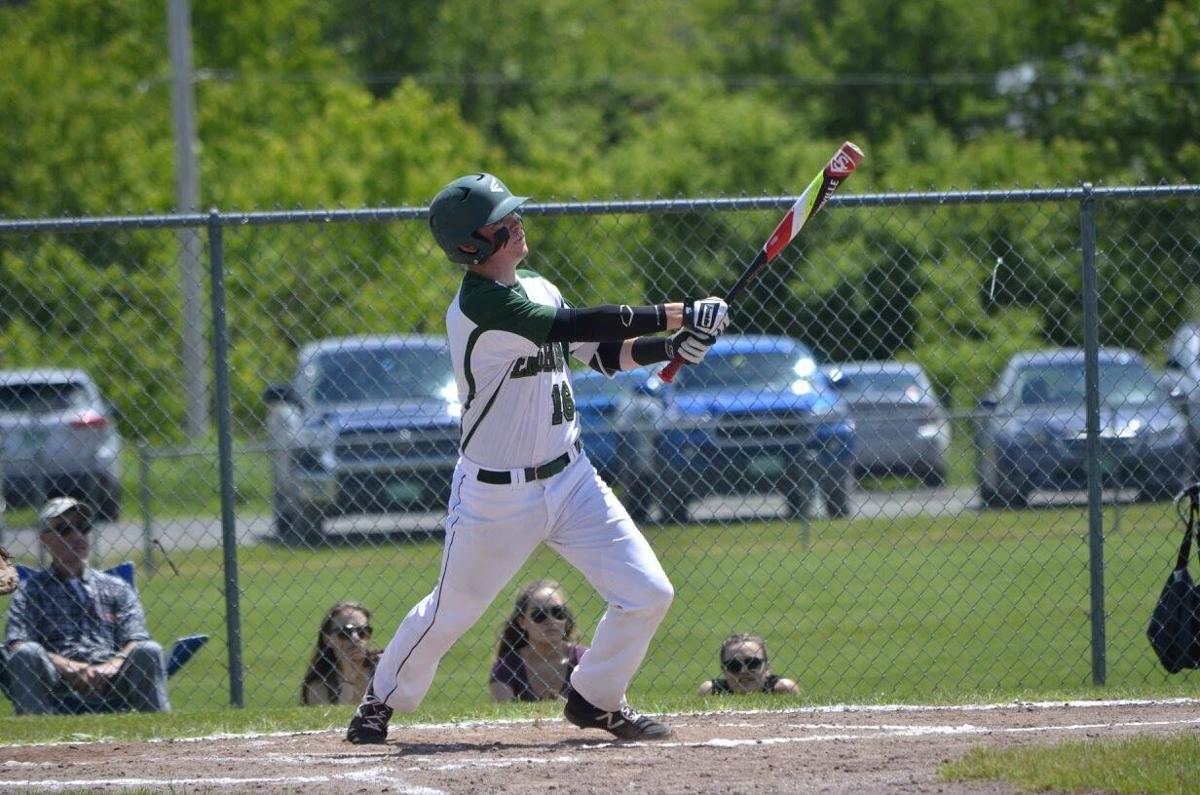 Noah Swainbank gets a hit during the 2017 quarterfinal.

The Enosburg Hornets celebrate their quarterfinal win over Thetford in 2017.

The Hornets, moments after securing the quarterfinal win against Thetford in the DIII playoffs.

Alec Burns hits his way on base in the DIII quarterfinal in 2107.

Brayden Howrigan with the start in the quarterfinal against Thetford.

Evan Doe gets a high-five from Mike Howrigan.

Nik Sabrowski on the mound for the Hornets in the 2017 quarterfinal against Thetford.

Noah Swainbank gets a hit during the 2017 quarterfinal.

ENOSBURG — Enosburg varsity baseball coach Rodney Burns has a vast store of baseball games to draw from, but he didn’t have to go too far back in the memory bank to find an unforgettable one.

“The one game that stands out the most took place in 2017. We were in the second round of playoffs, down three runs in the seventh inning against Thetford,” recalled Burns.

The Hornets had enjoyed a very successful season, entered the playoffs as the No. 1 seed, and had a record of 13-1. As Burns stated, they weren’t expecting to lose in the second round.

The Hornets were on the ropes, but they weren’t going down without a fight. Burns recalled when the momentum began to swing in Enosburg’s favor. Literally.

“Evan Doe reached first and stole second, Noah Swainbank brought him in on a base hit, and Caleb Laroche was at the plate with Noah in scoring position,” recounted Burns.

“Caleb Laroche hit a towering home run and tied the game in the bottom of the seventh. When that ball left the bat, it was the sound of music. It was so sweet.”

That successful inning helped turn the tide for the home team.

“We won the game on a walk-off in the ninth. We had bases loaded after Thetford intentionally walking Alec (Burns), and Brayden Howrigan hit a ball to the right side and scored Noah to win the game.”

The game required three Enosburg pitchers to take the mound.

“Brayden, Nik Sabrowski, and Evan all pitched. Evan had two scoreless innings on the mound, and we were able to pull that one off. It was a fun day, and it’s one I talk about quite often.”

Looking back at the afternoon, Burns spoke with confidence in the team he was leading.

“That one game stands out to me because I knew going into that game, there was no way we were going to lose. Even down three runs in the seventh, I knew they would battle back,” said Burns.

“The way they won was so memorable. It was even more exciting to win that way than the way we won the state title.”

The game is unforgettable, but the entire season was memorable for several reasons.

“Those guys were the most fun group I’ve had the pleasure of coaching. Family unity was there, and everyone had each other’s back,” said Burns.

“They meshed, and all the hard work paid off with the DIII state title that year.”

The season was also unique because Burns shared the field with his son Alec.

“To have the opportunity to coach Alec in his last year of high school was something I’ll have for the rest of my life.”

For Burns, the state championship team formed years before they took the field at Centennial.

“I think back to when Alec and that group were in Little League. I remember thinking they’d be the group to win the title,” said Burns.

“That group was so talented and had the ability to go out and perform and win the games, and we did and the championship. I can’t put into words how memorable that will be.”

State titles are hard to win, and many coaches spend decades trying to bring a banner home.

“We went to the title a couple of times over the years and lost, and it’s heartbreaking.

“A moment like we had in 2017 puts all that to rest. It’s something to take away from all my years coaching.

“So many times, we would have the best record, and we couldn’t get past the second round, so to get past that in the way it happened sticks with me. That quarterfinal game was so special.”