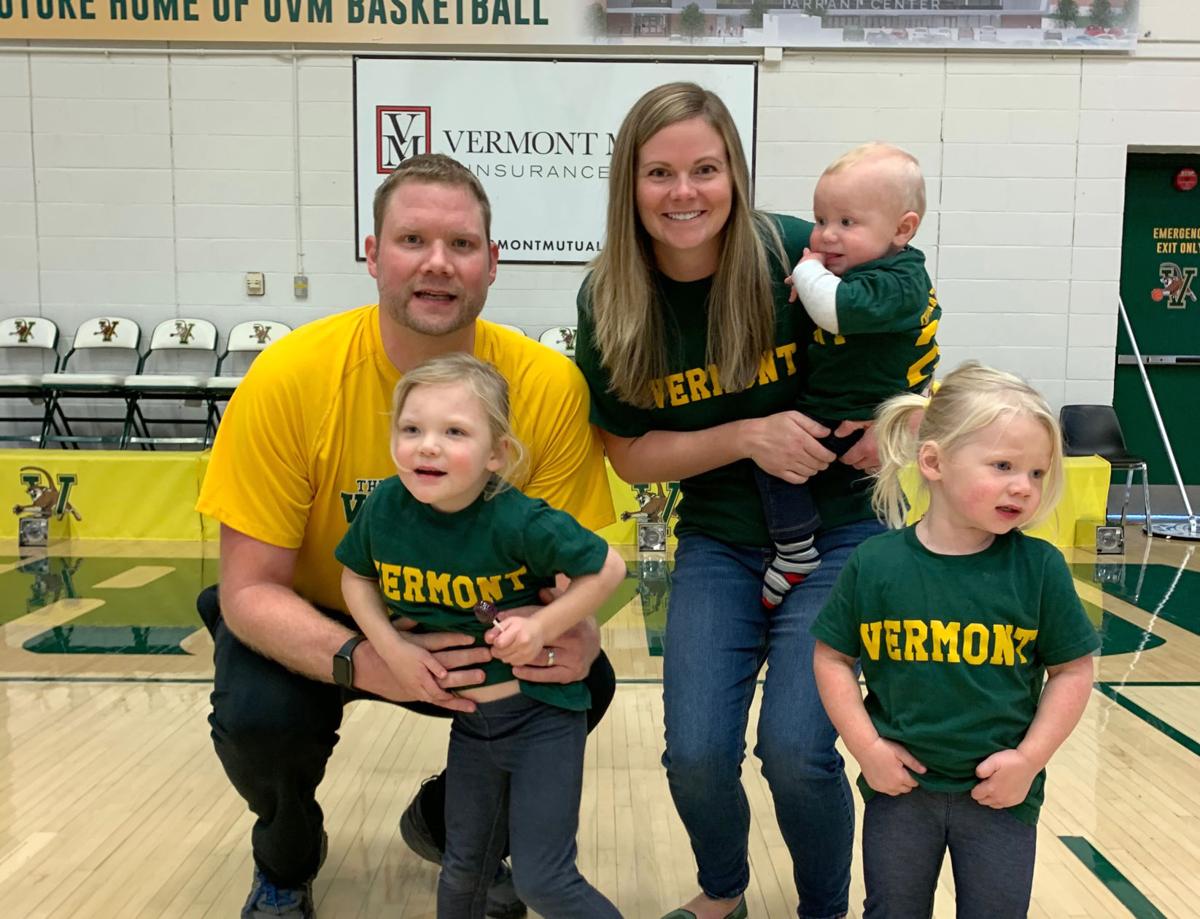 The Coppenrath family poses for a photo at UVM in October of 2019. 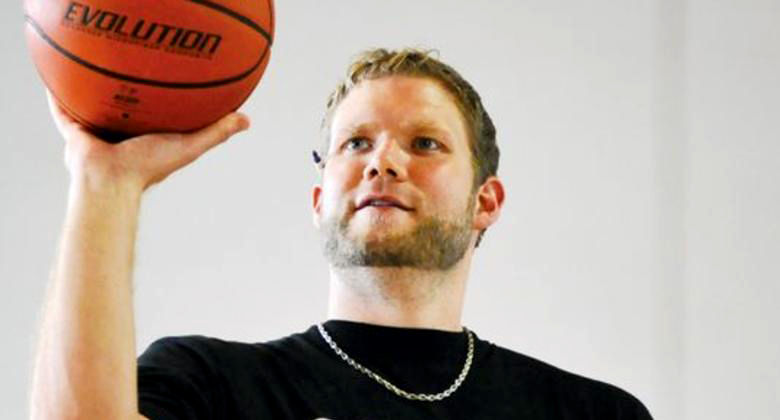 The Coppenrath family poses for a photo at UVM in October of 2019.

SWANTON — Correlations between math, basketball, and coaching may not be the norm for everyone, but for Taylor Coppenrath, the three flow together naturally.

“I’m trying to raise expectations for both and push and challenge students to get better at basketball and math,” explained Coppenrath.

“I had a good high school experience with my teachers. Not everyone feels that way, so I’m asking myself, ‘how can I make it the best, but also raise expectations so that everyone is learning.’”

Coppenrath, known for his successful basketball career at UVM, encourages students to employ the same concepts in the classroom that they use on the court.

“It’s human nature to avoid the things we don’t like to do. I’m trying to convince my students that they can still work hard at something even if they aren’t passionate about it.

Coppenrath, whose UVM jersey was retired in October of 2019, used his competitive nature to help him excel in academics and athletics.

“I’m very competitive, and I took math on as a competition. I was determined to understand the concepts, no matter what it took.

“That competitive nature went hand in hand with math and basketball. When things get difficult, do you give up, or do you find a way to win?”

During his years at UVM (2001-2005), Coppenrath led the Catamounts to three straight American East Conference titles. He was the second all-time scoring leader for the program with 2,442 points.

He led UVM in field goals made (851), was fifth all-time in rebounding (839) and blocked shots (83). Along with Reggie Lewis, he’s one of two players to win three America East Conference Player of the Year awards.

In his senior year, Coppenrath was a finalist for the John Wooden Award for National Player of the Year, the only finalist ever from the America East.

That season was also the most successful in Vermont men’s basketball history. After capturing the Conference title, the team defeated Syracuse University for its first NCAA Tournament victory ever.

“I’d like to think that our success at UVM stemmed from the fact that we had a bunch of guys that came together and found ways to be successful,” said Coppenrath.

“Every player was so vital to our team’s success, just like every student is vital to the success of our classes.

“You can take this idea of team sports and incorporate it into your classroom. We’re a community, a team. We’re here for everyone to gain confidence and be successful.”

Sometimes, as an athlete or a student, you have to get creative.

“In math and sports, there’s always structure, but there’s also the flexibility to get to an answer in different ways.

“In basketball, I need to get the ball in the hoop, but if this big guy’s in my way, I may have to make a pass or a cut or a ball fake,” explained Coppenrath.

“In math, being able to think about how to solve a problem and get around obstacles is equally valuable, and it may require asking a teacher.”

Ultimately, getting out and ‘playing’ is the best way to learn and grow.

“You need to participate. The best rebounders go after the rebound, and in math, just like basketball, the most successful students are looking to improve all aspects by trying and learning.”

Coppenrath noted that a teacher’s response can play a vital role in a student’s education.

“Providing feedback in a positive way is vital,” explained Coppenrath.

“I learned more when I started teaching because I had to understand concepts well enough to explain them to others.”

Coppenrath applied an adage to make another point.

“Practice makes progress in basketball and math. When I was at UVM, I took one hundred free throws a day, and my teammate T.J. Sorrentine shot thousands of shots,” said Coppenrath.

“If you want to get better at math, you need to practice and get it into your long term memory. You also need to make sure that you’re understanding what you’re doing.”

“A lot of people, including my AAU coach, gave me good advice. He encouraged me to work hard because coaches noticed the effort of a hard-working player even more than the talented players who weren’t working as hard.”

Hard work paid big dividends for Coppenrath, and the retiring of his jersey was one more recognition for a career well played.

“I had no idea that my jersey would be retired or that I’d be one of the leading scorers at UVM or one of the top athletes coming out of the state of Vermont for basketball,” said Coppenrath, candidly.

“I just followed the passion I had for the sport and persisted in getting better and continuing to play as long as possible.”

Sorrentine and Coppenrath’s UVM jerseys were retired together in October.

“T.J. and I were a package deal the whole way. We went into the UVM Hall of Fame together along with Coach Brennan, we had our jerseys retired, and Coach had the court named after him. We’re always wondering if there’s anything left to do,” said Coppenrath with a chuckle.

“T.J. was a great leader, and he was passionate about the game,” said Coppenrath.

“We had fun working hard and getting better. The goal was to have fun by winning, and you don’t win unless you get better, and you get better by putting in the work.”

Coppenrath thanked his family and his community for their incredible support.

“My parents worked very hard, they made our childhood very special, and they made sacrifices for us, which was huge.

“My wife continued to support me as I was playing, and it’s something we hope to pass on to our kids--to work hard, enjoy what you’re doing, but also to try to improve on the areas that you don’t feel as passionate about.

“I feel so lucky and blessed that I grew up in a small town. At every step, from high school to UVM, I had a community behind me. It just got a little bit bigger each time.”