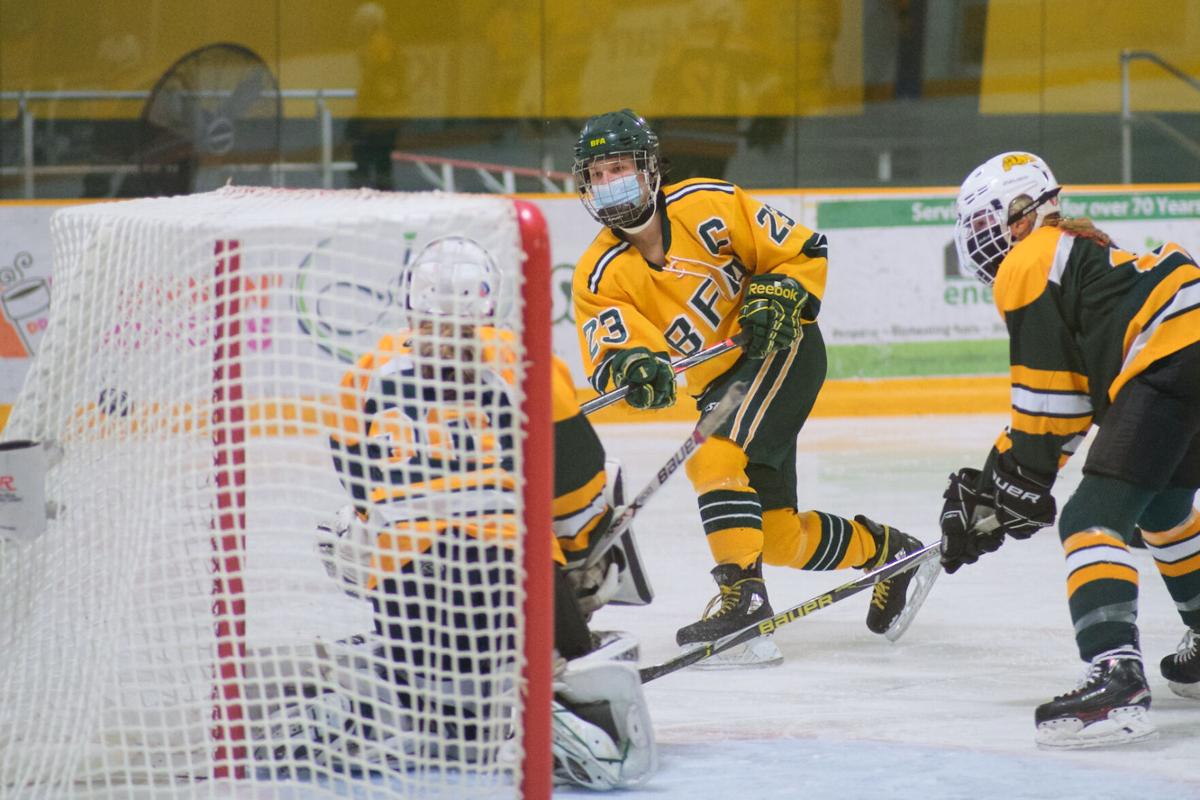 BFA’s Sophie Zemianek scores one of her two goals during Saturday’s game. 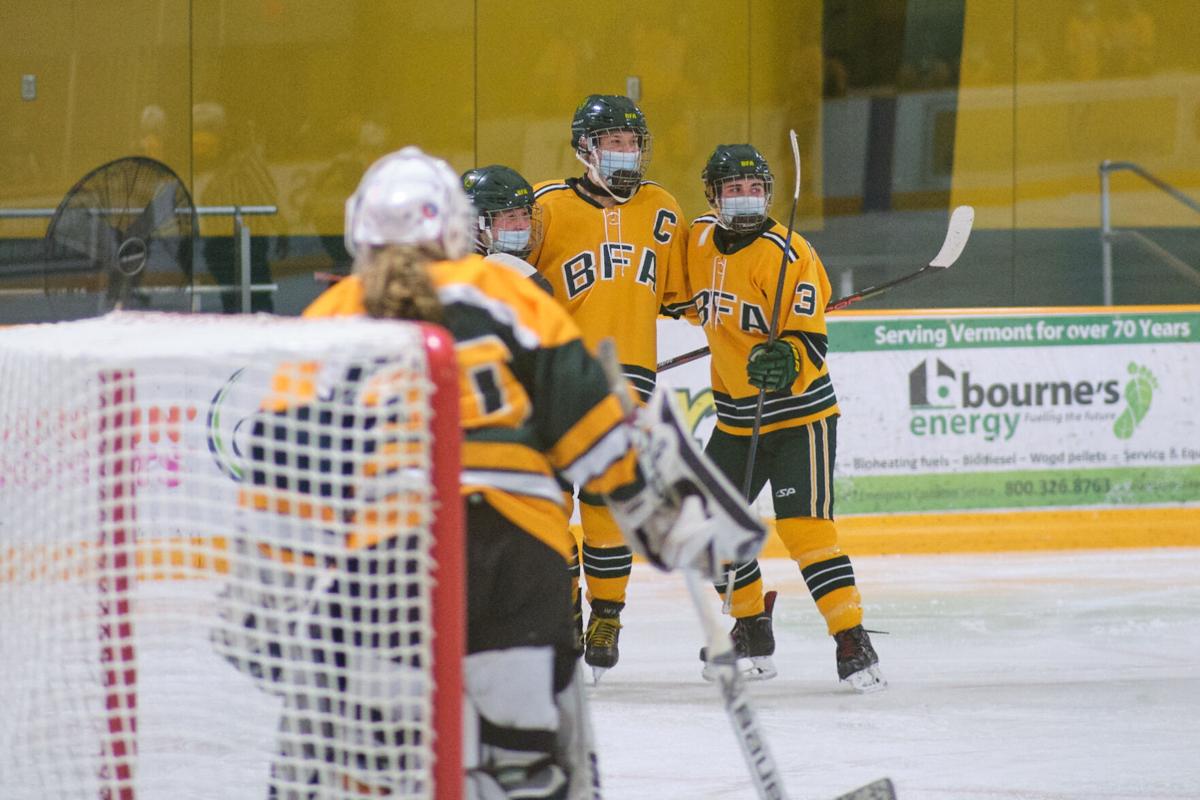 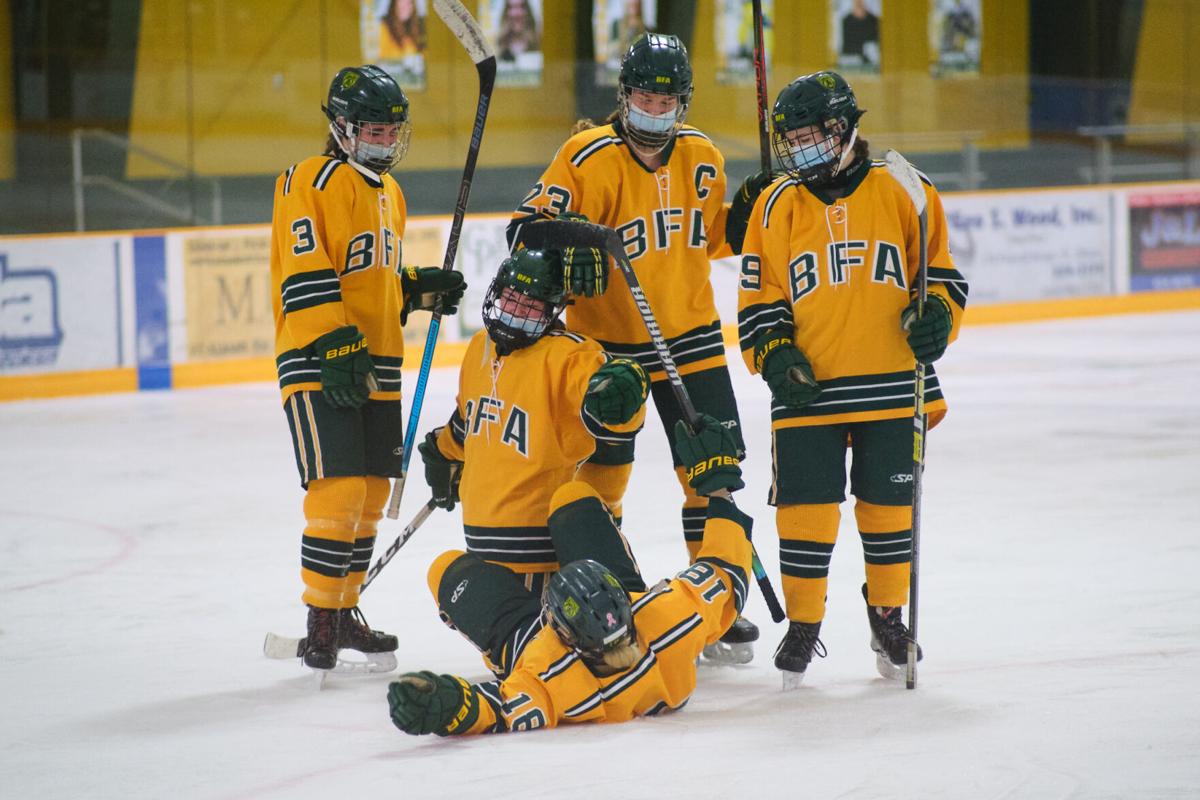 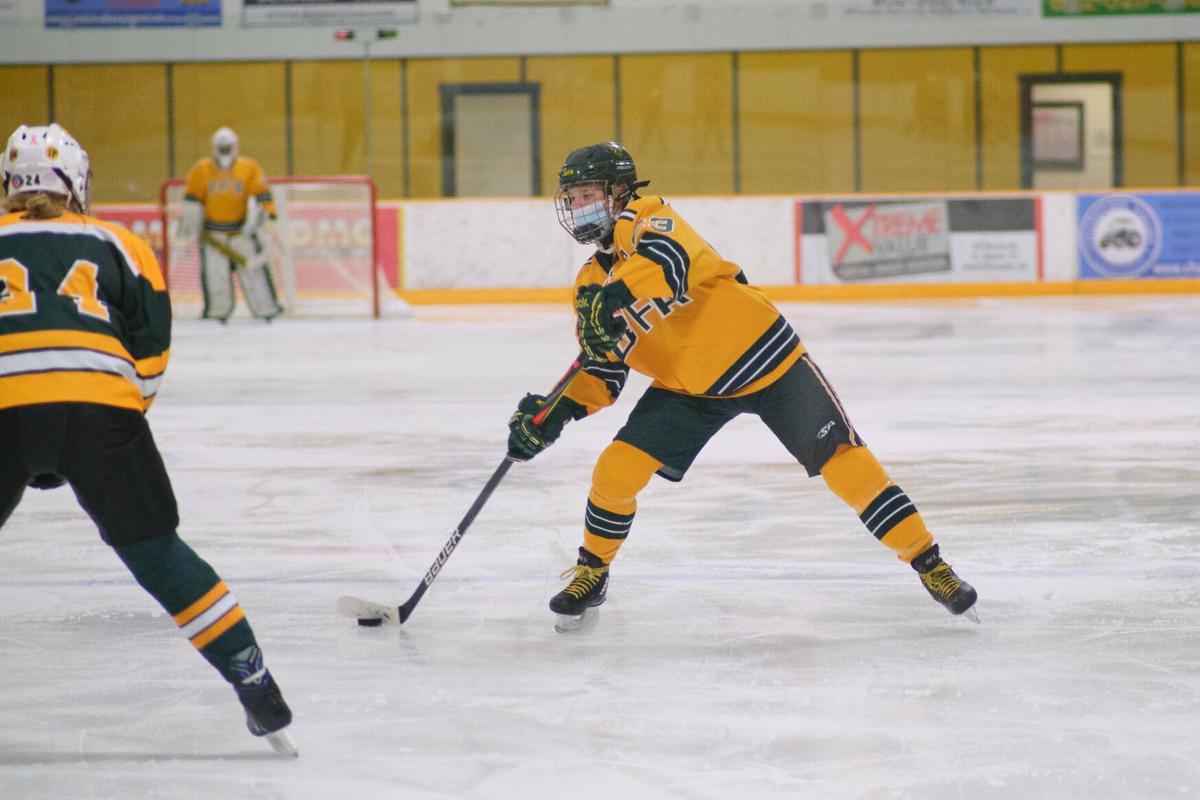 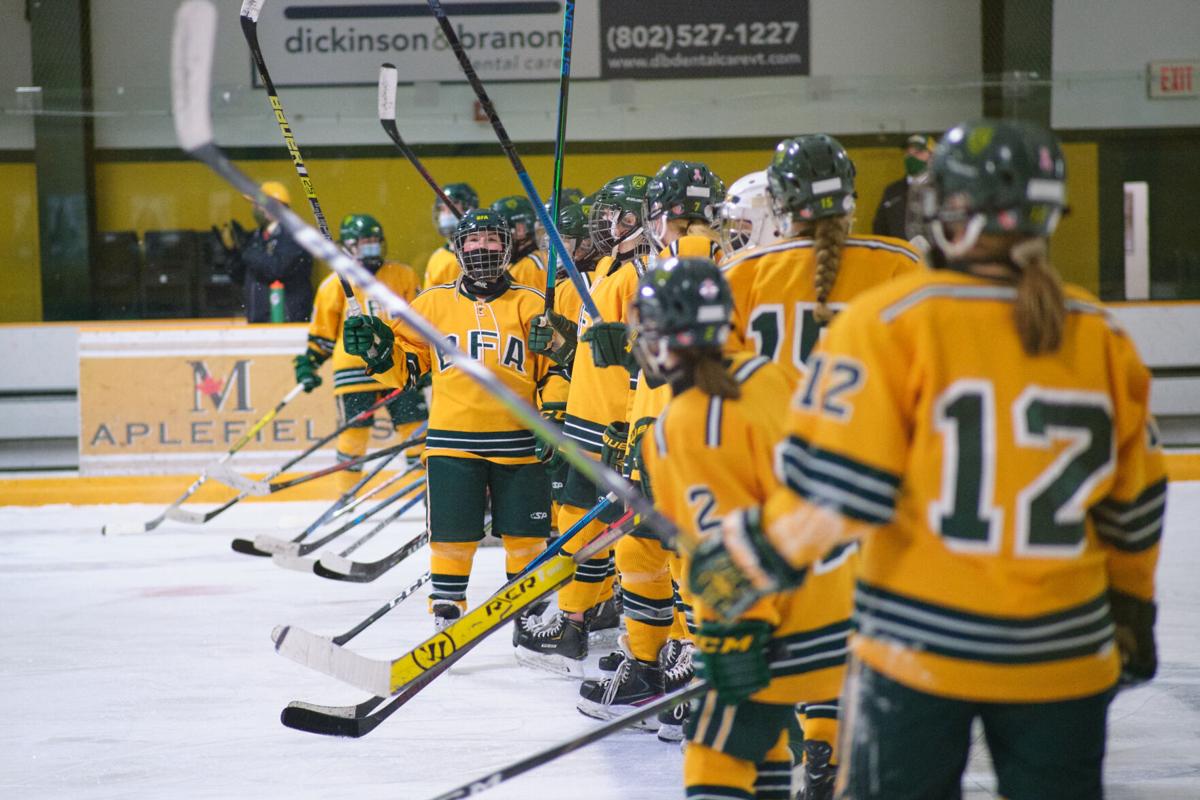 BFA’s Sophie Zemianek scores one of her two goals during Saturday’s game.

ST. ABANS — The Comets notched their third win of the season, blanking Burr & Burton at home on Saturday evening.

The Comets had a lot of sustained pressure throughout the first period, but Burr & Burton kept them off the board until Calla Bourdeau found the back of the net with less than four minutes remaining.

Sophie Zemianek put BFA up 2-0 with an end-to-end rush that ended with her burying the puck stick-side on the Burr & Burton goalie late in the first period.

“Sophie can shoot it hard, she makes good plays, and she’s not afraid to get her nose dirty. She has the ability to go end to end; she can bury it if she wants to,” said Comet coach Jeff Rouleau.

The Comets came out firing in the second period with many scoring chances while dominating the time of possession. Zemianek scored her second goal on a hard wrist shot into the top shelf, making it 3-0 BFA. Less than a minute later, Faith Reed punched in a rebound scoring her first career goal as a Comet.

Jodie Gratton scored a beautiful power-play goal from Zemianek and Caroline Bliss to put BFA up 5-0 to close out the second period.

Burr & Burton had better scoring chances in the third, but goalie Makenna Montgomery kept them off the board with several key saves. Faith Reed scored a short-handed goal with less than a minute to go in the game, giving the Comets the 6-0 victory.

“I felt like the girls were looking to make plays tonight. They had their heads up, and they made quick passes. The girls away from the puck were moving their feet to get into lanes and create opportunities,” said Rouleau.

“We played fast today. With the number of girls we have, there’s no reason to go slow. That was the key--everyone out there was going as hard as they could go.”

Catch your favorite Comet in this gallery from their commanding win against B&B last night!

Ari Beauregard captured these moments from the 6-0 win the Comets earned over Burr & Burton last night.