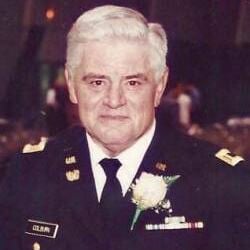 ST. ALBANS – Verne A. Colburn, renowned throughout Northern Vermont for the music he generously shared as a teacher, conductor, and pianist, passed away peacefully at age 83 at the Homestead Senior Living facility on November 7, 2020.

Verne was born on April 25, 1937, in Keene, N.H., the first child of Almon and Lillian Colburn. As a very young boy, Verne’s mother noticed that he would hide beneath the window of a neighbor girl whenever she had piano lessons, so she wisely decided that he should have piano lessons of his very own. Within just a few years, Verne was already entertaining his parents’ friends, often in the middle of the night, after the local Moose Lodge had closed for the evening. Verne’s talent eventually led to his acceptance into the prestigious New England Conservatory, where he studied piano and music education. Upon graduation, he found his first teaching opportunities in Vermont, in the towns of Johnson and Hyde Park, where he also met the love of his life, Betty. Verne married Betty in 1963, the same year that he was hired as the band director at Bellows Free Academy, the institution that he would faithfully serve until his retirement in 1996. Although he had high standards and expectations of all his musicians, he was also known for the seemingly endless kindness, patience, and support he offered all of his students, regardless of their talent or aptitude.

In addition to his incredible success as a music educator, Verne was an accomplished military band musician. He joined the 40th Army National Guard Band as an instrumentalist in 1976, and was appointed as the unit’s Commander in 1977. During his tenure, he oversaw a period of unprecedented growth in the size and musicianship of the band, which performed hundreds of concerts and parades throughout Vermont, and also performed internationally in Italy and Panama. Verne was also well-known through his piano playing, which he shared in resorts, restaurants, night clubs, and churches throughout Northern Vermont. For over 40 years he served as the pianist for Cardiac Capers, and even after he moved into the Homestead Senior Living facility, Verne continued to play piano for the entertainment of his neighbors and friends, just as he had for his parents and their friends so many years earlier.

Verne was predeceased by his parents, his brothers Dale and Glenn, his former wife Betty, and his daughter Diane.

He is survived by his children, Cindy Peace and her husband William, of Plainfield, IN; Carey Colburn, of Hanover, NH; Terry Colburn, of Martinsburg, WV; Karen Merrill, of Coconut Grove, FL; Michael Colburn and his wife Nancy, of Indianapolis, IN; Amy Trahan and her husband Kevin, of Swanton, VT; and their families.

In light of the current COVID-19 restrictions, there will be no immediate visitation, funeral, or interment service, but there will be a memorial event on July 29, 2021, at a time and location to be determined.

In lieu of flowers, memorial contributions can be made to “BFA Parents for Music,” c/o Eric Bushey, Bellows Free Academy, 71 So. Main St., Saint Albans, VT 05478.

Assisting the Colburn family is the Heald Funeral Home, where messages of condolence are welcome at healdfuneralhome.com.