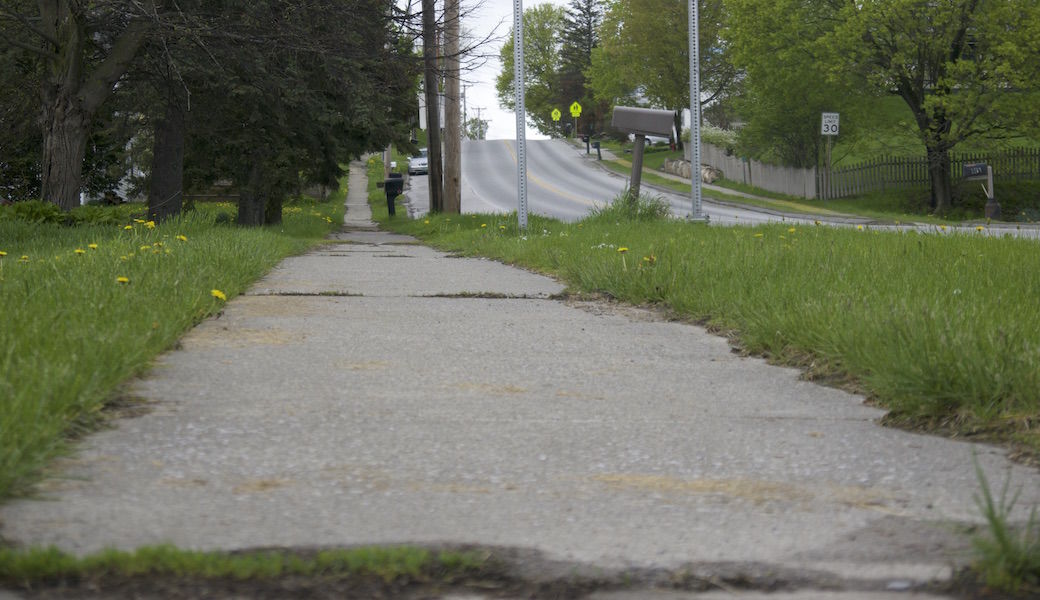 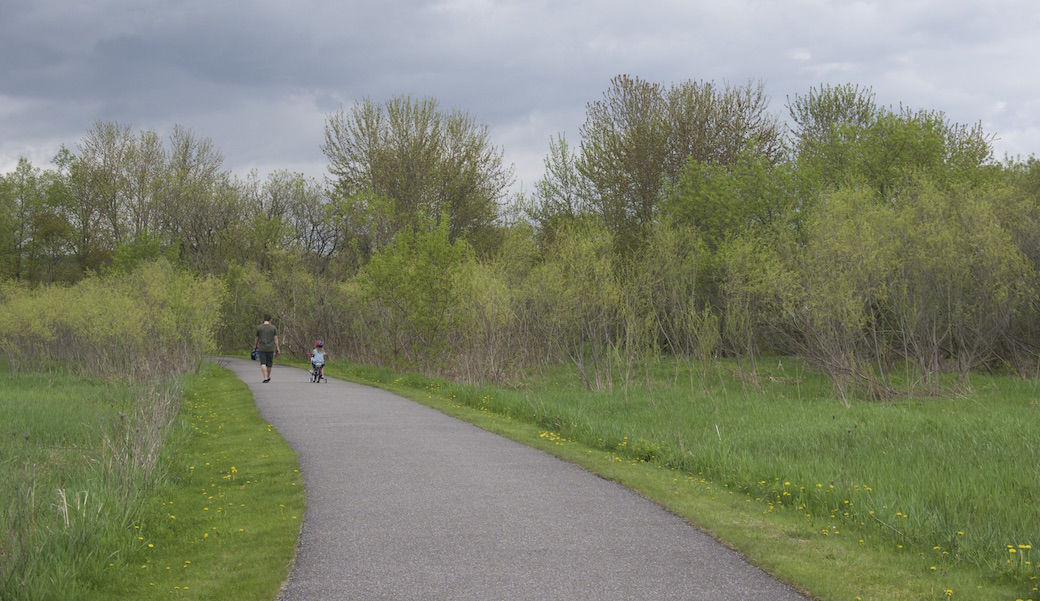 FAIRFAX – Fairfax’s town manager Brad Docheff wants to make Fairfax more pedestrian friendly, and while he admits a “Walkable Fairfax” is currently less of a plan and more of an idea, there’s already projects planned.

According to Docheff, the end of the year could see a brand new mini-park, a new kiosk at the town’s 100 Acre Woods and its anonymous trailhead, and a long-planned crosswalk finally bridging both sides of Main Street in Fairfax’s village.

“Walkable Fairfax,” according to Docheff, is still “embryonic” and more of a conceptual goal than any single plan on a shelf. Basically, Docheff said, it’s simply making Fairfax and its existing patchwork of sidewalks, trails and walking paths friendlier for pedestrians.

“You wouldn’t consider Fairfax extremely pedestrian friendly,” Docheff said. “We want to kind of trigger that… kind of tie people together and increase our connectivity, both to get from A to B and our ability to connect with one another.”

The idea for “Walkable Fairfax” comes after a pair of relatively modest grants was awarded to the town for signage improvements in the 100 Acre Wood and for the parklet the town now has planned for the intersection of Maple Street and Main Street.

Docheff said he wants to take that initiative further, though, and use these improvements to build momentum toward other projects in the town.

That list of possible projects is large, according to Docheff, ranging from the realization of the town’s three-phase sidewalk plan and restoring of some of the “old and degraded” sidewalks in the center of town, to simply mapping that patchwork of sidewalks and trails into walking routes for Fairfax residents looking to get outside more.

“When I talk about ‘Walkable Fairfax,’ it’s a lot of things – long-term and short-term – that make Fairfax a little more pedestrian friendly,” Docheff said. “It’s just for the sake of getting people out to walk around… where they don’t have to go to another town.”

He framed the initiative largely in terms of health, as a means for providing residents options to get outdoors and move around. Docheff also framed it as a question of community connections, with spaces like the Maple Street mini-park for community members to easily congregate with one another.

When asked, Docheff admitted it could be economic as well, with a more pedestrian-friendly town potentially drawing people toward Fairfax and tying the town’s businesses and services into the wider, mostly residential community.

Conceptually, Docheff said it would incorporate a lot of the existing infrastructure in Fairfax, like the hiking trails wrapping around the town’s 100 Acre Woods to the multi-use path that snakes from Bellows Free Academy – Fairfax toward the Lamoille River and back.

Community boards in the proposed Maple Street park might, for example, advertise walking routes to bring pedestrians toward the multi-use path or direct them toward streets with less intense traffic and room for pedestrians along the side of the road.

For some of its more tangible dirt-and-shovel projects, however, a “Walkable Fairfax” would mean serious safety improvements to the existing pedestrian infrastructure in town.

Docheff used a proposed crosswalk that would span Main Street just south of the village’s bridge over Mill Brook Creek as an example.

Currently, while sidewalks trace both sides of Route 104 into the center of Fairfax’s South Village, there aren’t any formal crosswalks near the village’s central intersection, where Route 104 meets Maple Street and River Road before bending south toward Westford.

Traffic through the South Village is consistently 30 miles per hour, and when commuter traffic is high and the nearby Bellows Free Academy – Fairfax is letting students out, Docheff said the intersection can become dangerous.

“You’ve got people who are darting across the street every day,” Docheff said. “There’s been a push for a crosswalk for years.”

For sidewalks at large, Fairfax recently finished the first phase of its three-phase sidewalk plan, repairing the sidewalks that trace the west side of Fairfax’s Main Street and extending those sidewalks past the town’s community center project toward Rainville’s Collision & Repair.

Docheff said the town has all the equipment needed to maintain those existing sidewalks and is about ready to start looking into funding for the next phase of that sidewalk plan.

For realization of a “Walkable Fairfax,” Docheff said work would likely include Fairfax’s recreation department and third party organizations like RiseVT, as well as possible regulatory work within the town’s governing bodies like the planning commission and development review board.

The town is also the recipient of a $3,000 place-making grant from the AARP, which will fund its construction of the parklet on the corner of Maple Street. A community build day is already planned for the park sometime in July.

“It should be an entry point for Fairfax,” Docheff said of the park. “Letting people know they’re home… or at least in Fairfax.”

Fairfax takes steps toward next leg of sidewalk plan

FAIRFAX – The Town of Fairfax will be looking to consolidate its next two phases of its sidewalk master plan, a move that, according to town o…