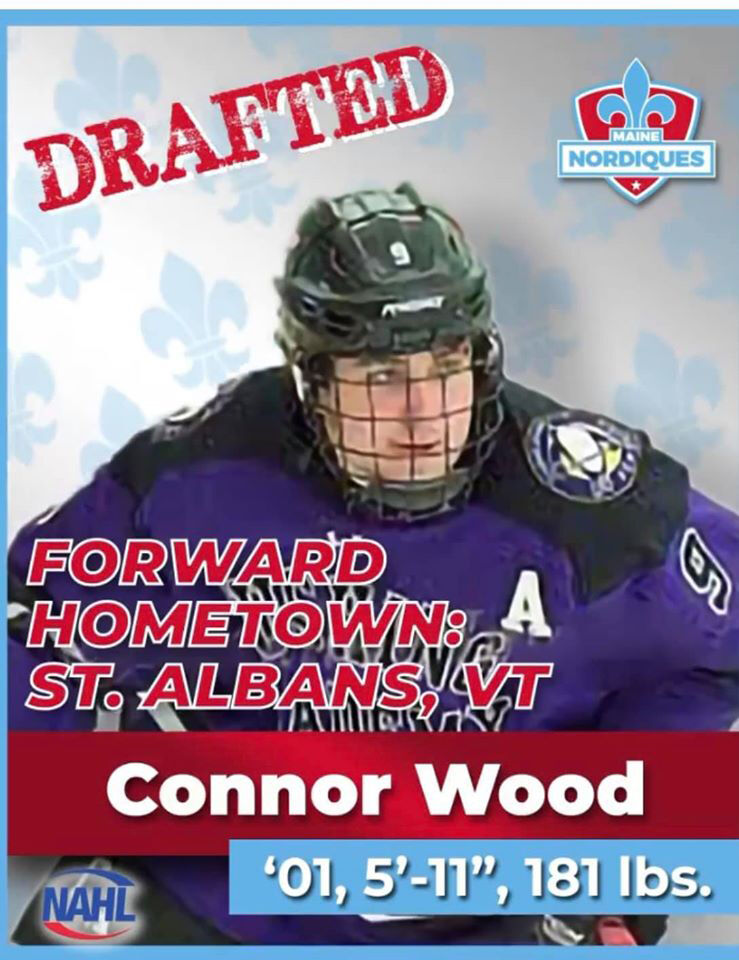 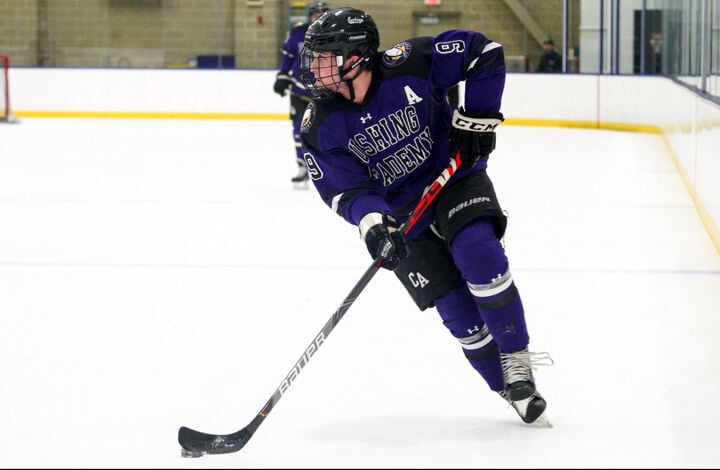 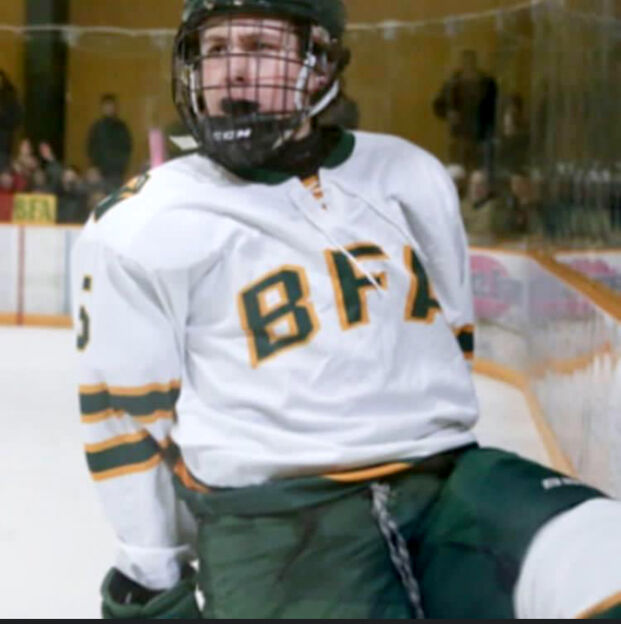 Connor Wood celebrating with the BFA Bobwhites during his early high school years. 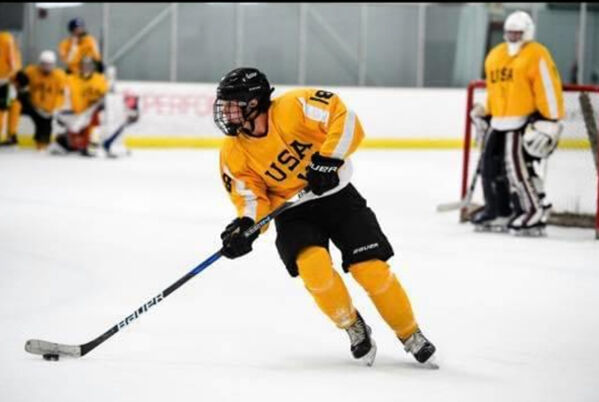 Connor Wood on the ice.

Connor Wood celebrating with the BFA Bobwhites during his early high school years.

Connor Wood on the ice.

ST. ALBANS — Connor Wood, son of Andrew and Aaron Wood, was recently drafted by the Maine Nordiques, an NAHL Teir II Junior ice hockey team based out of Lewiston, Maine.

Wood, a 2020 graduate of Cushing Academy, a prep school located in Ashburnham, MA, will be joining the Nordiques in the fall of this year.

“They saw me play at a couple of showcases this winter,” said Wood. “I got the impression going into the draft that I’d be selected by one of two teams, and I ended up with Maine.

“I’m happy for the opportunity, and it’s the next step to chasing my dream of playing college hockey,” said Wood.

Wood grew up in the St. Albans area, playing for SASA.

“I enjoyed playing with the kids I grew up with. It was a great experience,” said Wood.

Wood left SASA after his second year of Pee Wee’s to play with the Glades.

“I decided to play for the Glades because I thought it would help my development. It’s a different experience, and that’s what you want in sports--playing with different players and playing the top competition,” said Wood.

After his second year as a Bantam, Wood returned to St. Albans and joined the BFA Bobwhites.

“It was good to play with the kids I grew up with again. As a freshman, I played with seniors who I’d loved watching when I was a kid, and they were my role models. It was great to play with them and play for my community,” said Wood.

“I’ll remember those years for the rest of my life. It was amazing seeing how important BFA athletics are to the community.”

“I grew up watching UVM hockey, and getting to play at Gutterson, in front of a packed house, was unbelievable. I am so thankful to live and play athletics in the community I did.”

Wood enrolled in Cushing Academy for the 2017-2018 year, spending three years at the school, a common experience in prep school circles.

“I really enjoyed living on my own at an early age. It helped me develop as a person, and I enjoyed having a new experience and chasing my dream,” said Wood.

“I didn’t want to leave home, but I knew what I wanted, and I felt like going to Cushing, where I’d get a lot more exposure for college, was the right move.

Cushing, an independent academy, isn’t in a specific league. That flexibility allows the athletic teams associated with the school to play against some stiff competition.

“We traveled throughout New England and played the best prep schools, which I enjoyed,” said Wood.

“I’m a competitive kid, and I loved being surrounded by that level of competition.”

Wood spent the last years of his high school eligibility playing out of state, but his time under BFA varsity hockey coach Toby Ducolon is something he hasn’t forgotten.

“I would like to thank Coach Ducolon. He shows you how to act with class on and off the ice, and you look up to him. Growing up in St. Albans, every kid wants the path he had in hockey--playing for UVM and getting drafted. Everyone dreams of that,” said Wood.

“Getting to play two years for this guy I looked up to meant a lot to me. I wouldn’t be the person or the player I am today without him.”

"Getting to play two years for this guy (Toby Ducolon) I looked up to meant a lot to me. I wouldn't be the person or the player I am today without him."