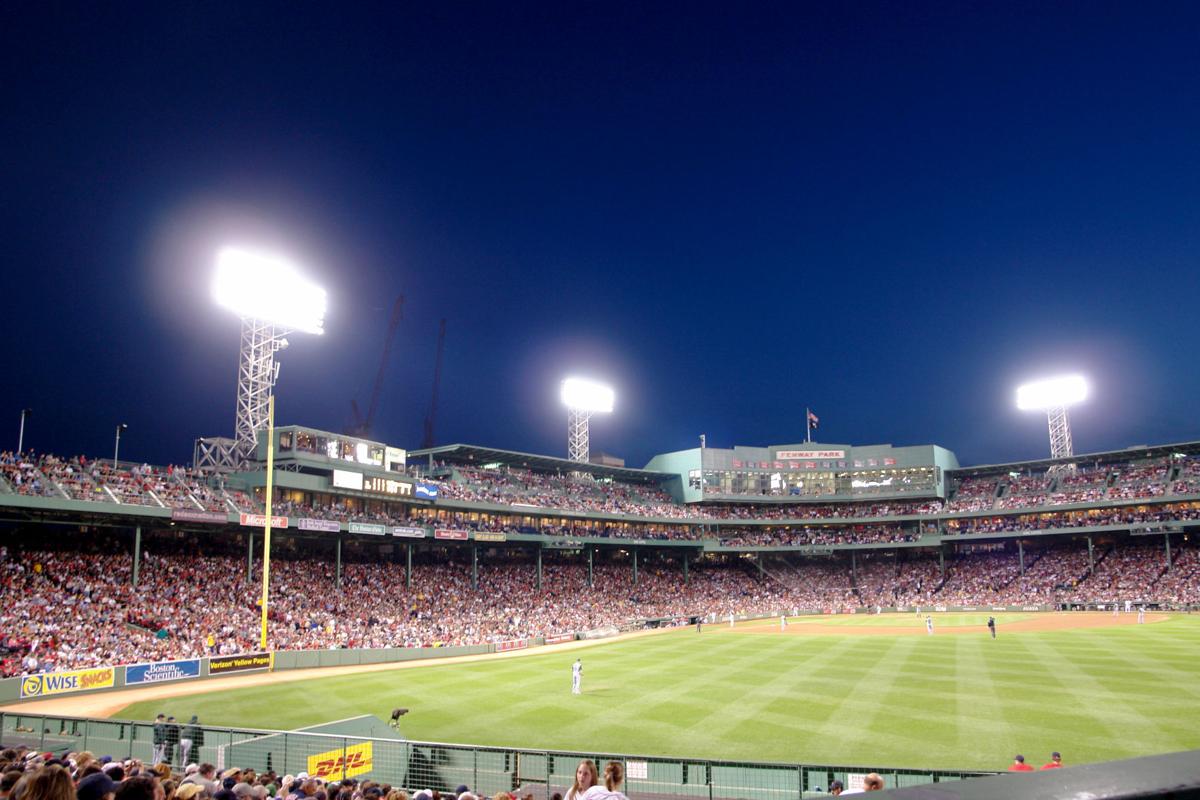 A view from the Fenway Park bleachers during the 2007 season. 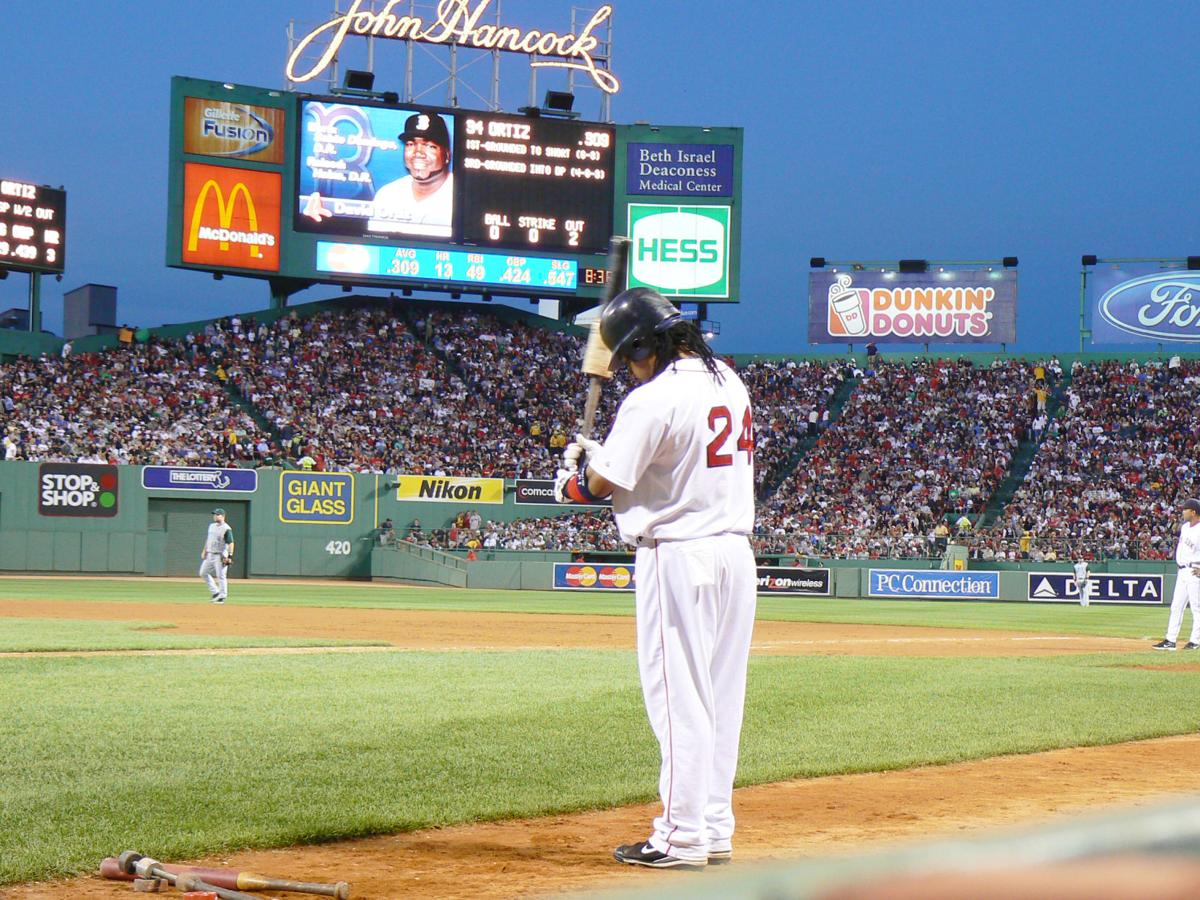 Manny Ramirez stands on deck during the Red Sox 2007 season. 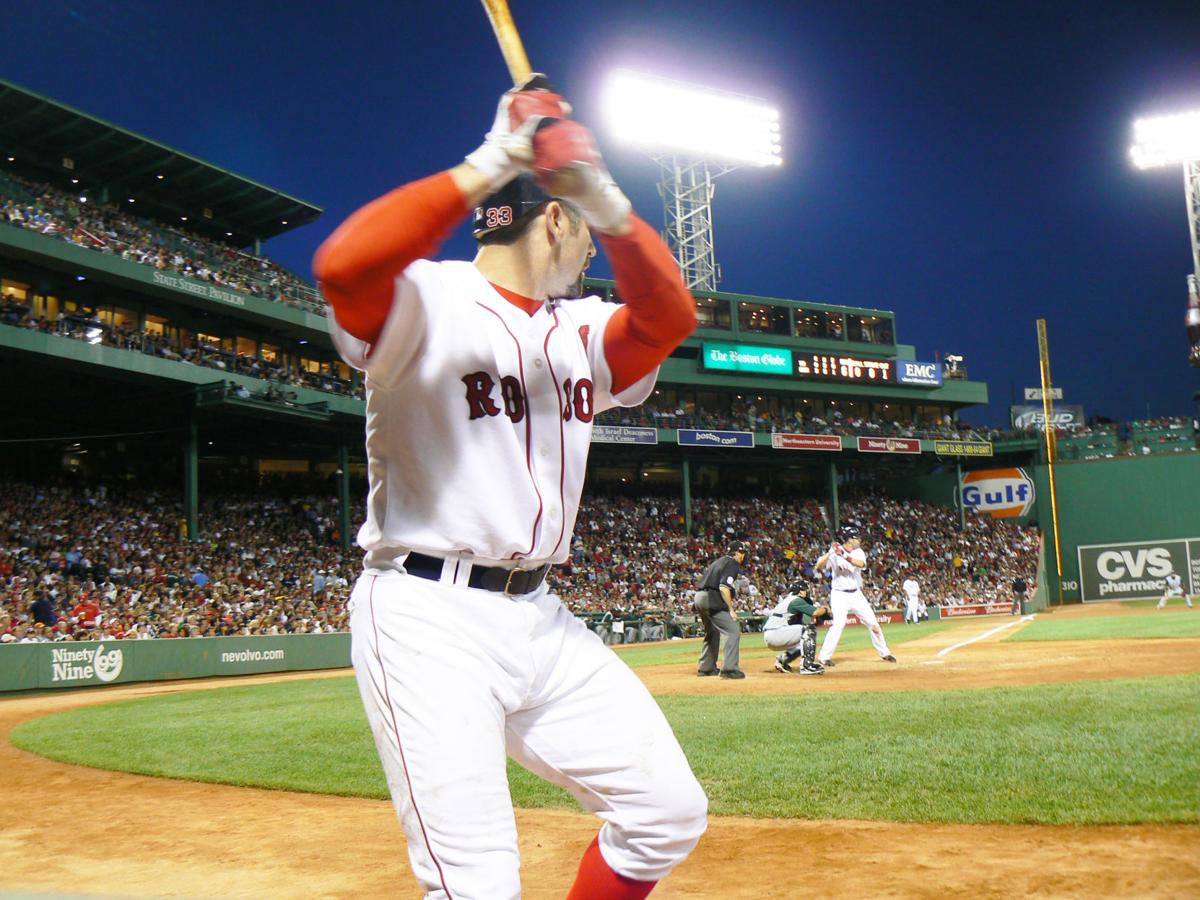 A view from the Fenway Park bleachers during the 2007 season.

Manny Ramirez stands on deck during the Red Sox 2007 season.

ESSEX/BOSTON, MA — In the midst of the COVID-19 pandemic, it’s becoming hard to imagine being close to those you know--much less strangers… much less, shaking strangers’ hands… much less, hugging strangers… and much-more less, doing so in the city of Boston.

But that’s what this writer was doing as a 16-year-old on Sunday, October 17, 2004 — or rather, in the early hours of October 18 with the bell for homeroom shortly over the horizon and soccer practice later that afternoon.

With my father being a longtime season ticket holder, my older brother, Chris, and I were afforded the opportunity to go to Game 4 of the American League Championship Series between the Boston Red Sox and the New York Yankees.

Chris and our younger brother had gone to Game 3 the night before where the Sox were routed 19-8--falling behind 3-0 in the series.

Chris and I went into Fenway Park with youthful optimism, but we could tell that many of the more-seasoned fans were not as hopeful (our father being one, which was probably why he didn’t mind missing both games).

The cards seemed stacked against the Red Sox. No team in baseball history had ever come back from being down 3-0 in a series to win it.

The Yankees had held the upper hand in the heated rivalry for nearly the last century--including the 2003 playoffs when Aaron Boone’s 11th-inning, walk-off homer on a pitch by Tim Wakefield in Game 7 (bringing a knuckleballer out of the bullpen in extra innings of a winner-take-all game was a bold move by Manager Grady Little, who would be fired 11 days later after just his second season at the helm of the Red Sox).

The “Curse of the Bambino” had been blamed for an 86-year drought of World Series championships for Boston.

Similar to Game 3, the Yankees took an early lead that Sunday evening--just to see the Red Sox bounce back and go on top.

New York would reclaim the upper hand as the night went on. However, the home team was able to keep things much closer and go into the ninth down by just one--instead of 11.

The next couple hours provided some of the most nail-biting and invigorating sports action these eyes have ever seen, with a pair of men named David making plays that will go down in baseball infamy.

Down 4-3 in the bottom of the frame, Boston first baseman Kevin Millar drew a walk to get aboard. He was later revealed to have said, “Don’t let us win today,” before the game to Sox beat writer Dan Shaughnessy of the Boston Globe--predicting his team’s ability to get hot with a little bit of momentum.

Millar would be replaced at first by pinch-runner Dave Roberts, who had been picked up from the LA Dodgers right before the trade deadline. He had stolen 33 bases with Los Angeles, only being caught stealing once.

Many Sox fans say they knew why he was put into the game in that situation--even Yankees catcher Jorge Posada and legendary reliever Mariano Rivera (who, in 2019, became the first player unanimously voted into the Hall of Fame) had a feeling that Roberts was going to try and swipe second.

On the very first pitch of the next at-bat, Roberts took a lead. Sure enough, he took off upon Rivera’s delivery. Posada fired a nearly-perfect throw down to Derek Jeter at second, but Roberts was able to slide his left hand into the right side of the base to avoid the tag--a play that surely would have been reviewed, but upheld, in today’s age.

High fives in the stands were abundant with fans--at least in section 17--sensing what was to come.

Two pitches later, Bill Mueller lined one back at Rivera who narrowly missed his stabbing attempt to field it; Roberts rounded third and slid into home for good measure--the relay throw from center field being cut off.

A scoreless battle ensued over the next two innings with every pitch that a Boston batter faced having the potential to end the game as a home run.

Curt Leskanic, the Red Sox’s fifth reliever of the night, had retired the final Yankee of the 11th frame and returned to the mound for the 12th. He gave up a lead-off single to Posada, but the New York catcher would end up stranded at second as Leskanic was able to work out of it.

Due up for the Sox in the bottom of the 12th: Manny Ramirez, David Ortiz, and Jason Varitek--a tough stretch of hitters that was assigned to Yankee reliever Paul Quantrill.

After being walked three times throughout the game, Ramirez lined his second hit of the night into left field--bring up “Big Pappi.”

Chris and I had witnessed Ortiz blast a game-winning in the bottom of the 10th during Game 3 of the American League Division Series to sweep the Anaheim Angels.

On a 2-1 pitch, Ortiz took an 88 mph inside pitch and turned on it--sending it over right fielder Gary Sheffield and into the Yankees’ bullpen.

The night, while hugging random strangers and losing my brother in the sea of celebration (neither of us had a cell phone), 92-year-old Fenway Park, and all of its steel and concrete, seemed to be shaking below our feet.

We were acting like Boston had won a championship--when the Sox had only won one postseason game and would need to win seven more to break Babe Ruth’s curse. However, our youthful optimism was strengthened; we could feel that it finally was “our year.”

Boston capped the thrilling comeback with a convincing 10-3 Game 7 win in the “House that Ruth Built,” and the Sox went on to sweep St. Louis in the World Series.

After closing out, and being the credited winner of, Game 4 against the Yankees, Leskanic never threw another pitch in his professional career. But that’s hardly what Chris and I remember from that night.

We were acting like Boston had won a championship--when the Sox had only won one postseason game and would need to win seven more to break Babe Ruth’s curse. However, our youthful optimism was strengthened; we could feel that it finally was “our year.”