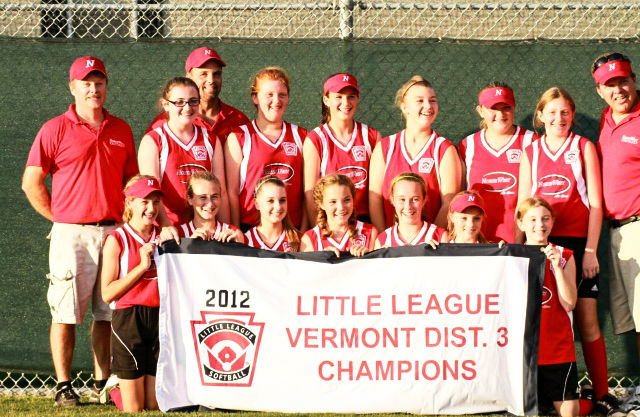 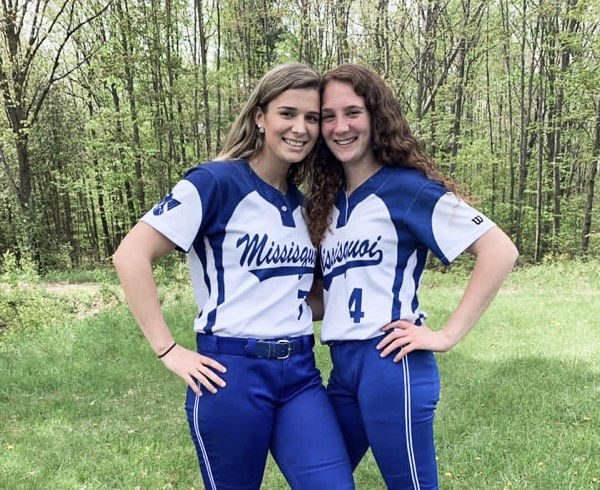 Sarah and Natalee Harvey pose for a photo during the 2019 softball season. 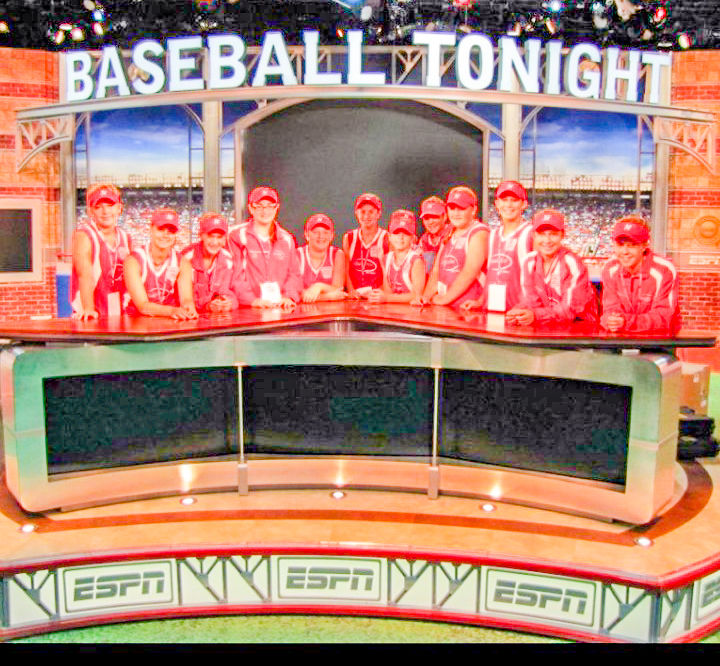 Sarah Harvey and the 2012 Vermont Little League softball state champions pose for a photo at the regional tournament. 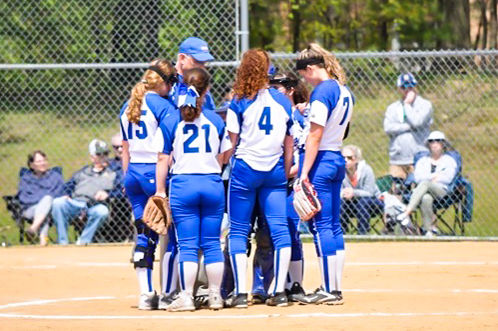 Sarah and Natalee Harvey pose for a photo during the 2019 softball season.

Sarah Harvey and the 2012 Vermont Little League softball state champions pose for a photo at the regional tournament.

The COVID-19 pandemic may have left fields, arenas, rinks, and gyms vacant across the United States, but the powerful impact sports have on those who play, watch, or coach can still be felt.

Messenger Sports will be devoting space each weekend to give voice to Great Games of seasons past.

SWANTON/ESSEX — Natalee Harvey, a pitcher for the MVU Thunderbirds, would usually be in the middle of her softball season.

Natalee’s Great Game took place on Monday, May 20, 2019, against the Essex Hornets. MVU earned the 4-0 away win over rival Essex, handing them their first loss since the 2017 title game.

“It was a big game! And the win put us in the guaranteed number one seed,” said Sarah Harvey, Natlee’s older sister.

Sarah, a senior, and Natalee, a sophomore, were teammates on the MVU softball team last year.

“I think everyone thought I’d pitch that game, but Natalee threw it, and she did amazing,” said Sarah.

“Before the game, we did our little ritual, and Natalee told me she was kind of nervous. I told her that was normal.”

Natalee held the 2018 DI champs scoreless for the first five innings of the game.

“The defense was on point, and we thought it would be Essex or us in the top seed,” said Natalee.

“We’d played with some of their players all summer with the Vermont Rockets softball team,” said Shannon Harvey, the girls’ mother.

“Watching Natalee pitch that game and knowing the families on the other team, it was the most nervous I’ve been as a mom. It was an amazing game!”

Natalee recalled the moments before the game began.

“We were warming up, and I was expecting Sarah to pitch. Coach told me I had the ball. I looked at him and asked him he was sure,” said Natalee.

“It was hard to believe it was really happening. I knew Essex had some good players, but I also knew I had to be the best I could be.

“That game boosted my confidence as a player all around. It was the best I’d ever pitched in my softball career,” said Natalee.

“It meant so much knowing my coaches had confidence in me to have me throw against a team that good.”

When the game was over, and the Thunderbirds were celebrating, Natalee took it all in.

“Everyone was so happy, my team had so much confidence in me, and I was so confident in myself!

Natalee and the Thunderbirds not only handed Essex their first loss since 2017, but it was also the first shoutout of the Hornets since 2015.

The former Thunderbird committed to Kutztown University, where she was recruited on a scholarship to play for the Golden Bears softball team.

Long before she earned those accolades, Sarah was testing her mettle on the Little League fields in Franklin County and beyond.

“We won the State Championship in Little League my 11-12 year, and that was a turning-point game for me,” said Sarah.

The game was played at the John R. Raleigh Memorial Fields in Swanton.

“I remember I got an out at a time when I was struggling,” said Sarah.

“I went through this weird growth phase and grew five inches when I was 11. I was like a giraffe!” said Sarah chuckling.

“I couldn’t figure out how to do a backhand, but I did it in that game and got the first out at first. My coaches went crazy! Things really clicked for me in that game!”

Sarah smiled as she recalled the patience of her coaches as they worked with her that summer.

“I can’t tell you how many times my coaches told me in practice how to bend my knees, but my feet would trip over themselves.”

Earning the win on the Raliegh fields was significant for Harvey.

“I grew up on those fields, and in high school, I won the scholarship in John Raleigh’s honor,” said Harvey.

“I grew as a player that year, and that’s when I knew I wanted to play college softball.”

Harvey recalled the fun she had going to Regionals after winning the state championship.

“I loved staying in the dorms and doing all the fun ‘big girl’ stuff. It was one of the coolest experiences of my childhood.

“I remember making goal papers for myself and telling my mom that I wanted to play in college.”

That Little League state championship game may have taken place almost a decade ago, but it had a lasting impact on Sarah’s life.

“I came a long way game-wise that year. I had great coaches in Kevin Thayer, Rob Perkins, and Paul Laroe. They focused on having fun and on fundamentals,” said Harvey.

“Sports can get away from that at times. It’s important to learn the fundamentals, but it’s also good to have fun.”