Starting at
$5.00 for 30 days
Get Started
View all rates
You are the owner of this article.
Edit Article Add New Article
Subscribe | Sign In
Home
News
Sports
Classifieds
Obituaries
Editorial
Business Directory
Things to Do
About Us
e-Edition
NEWSLETTERS
1 of 13 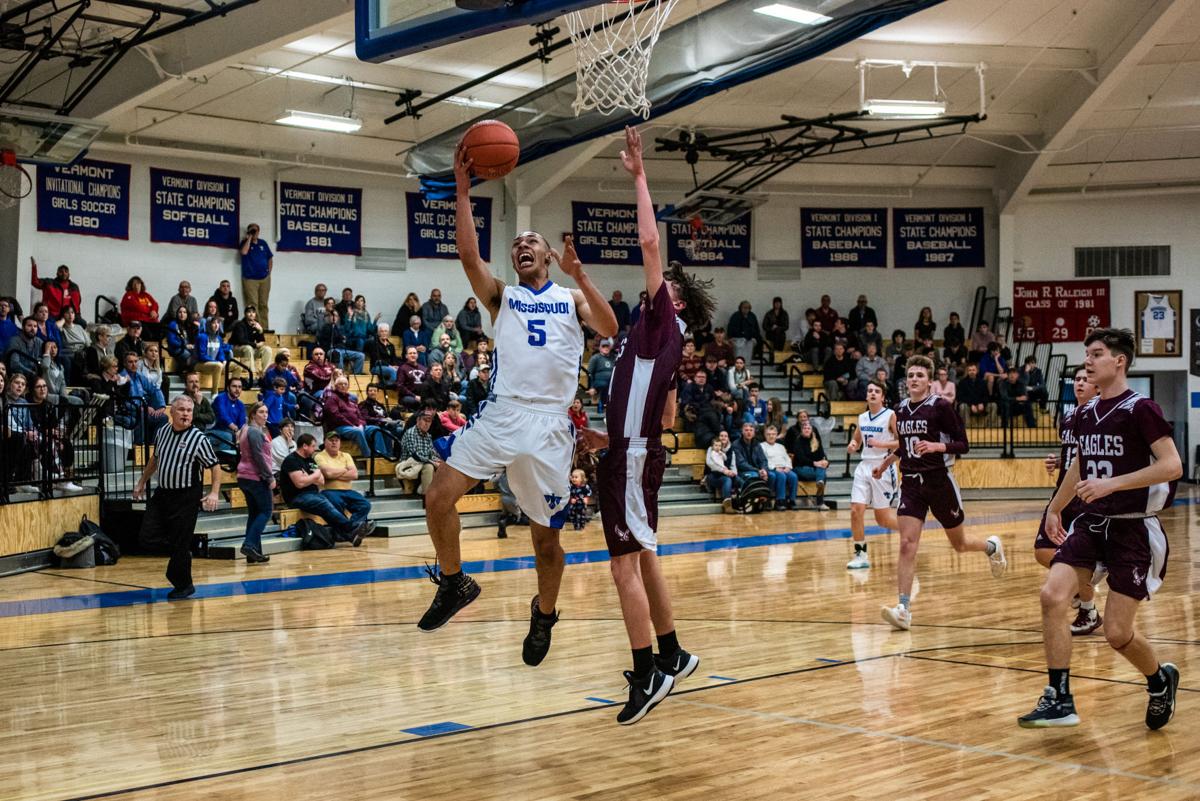 MVU’s Gabe Unwin finishes a layup in the first half on Wednesday night. 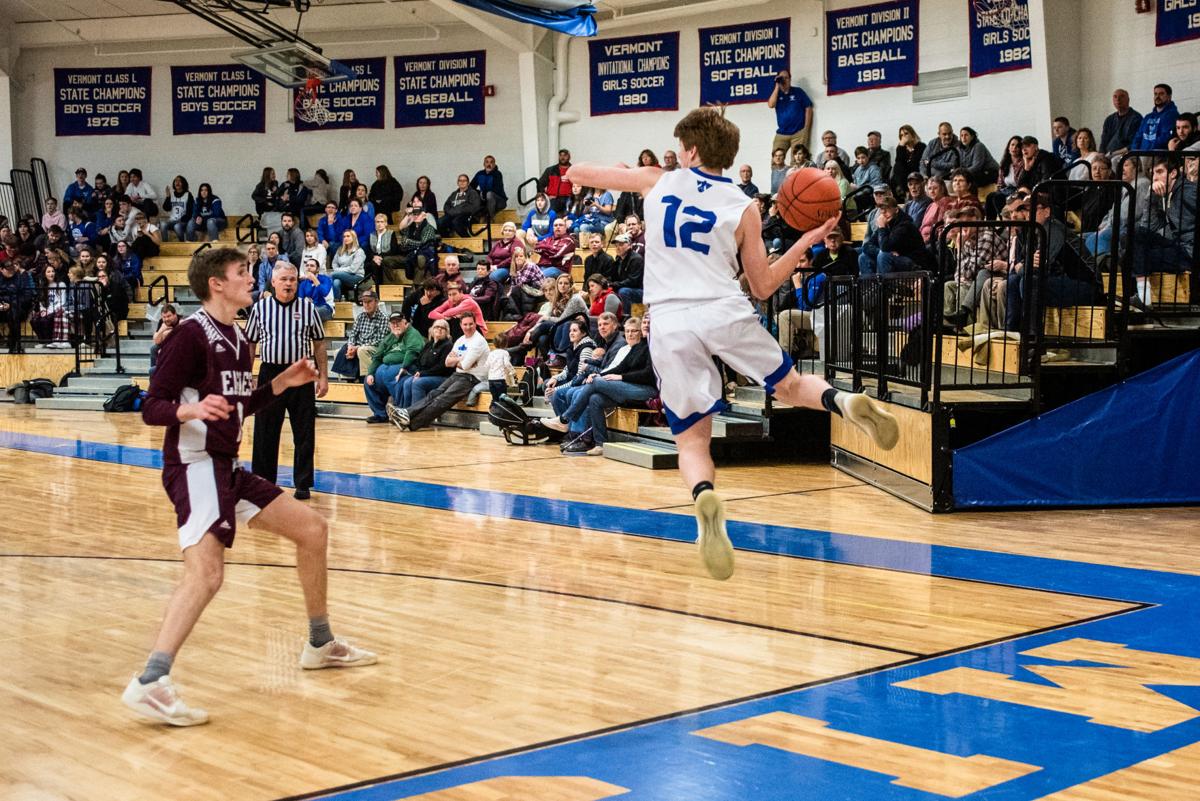 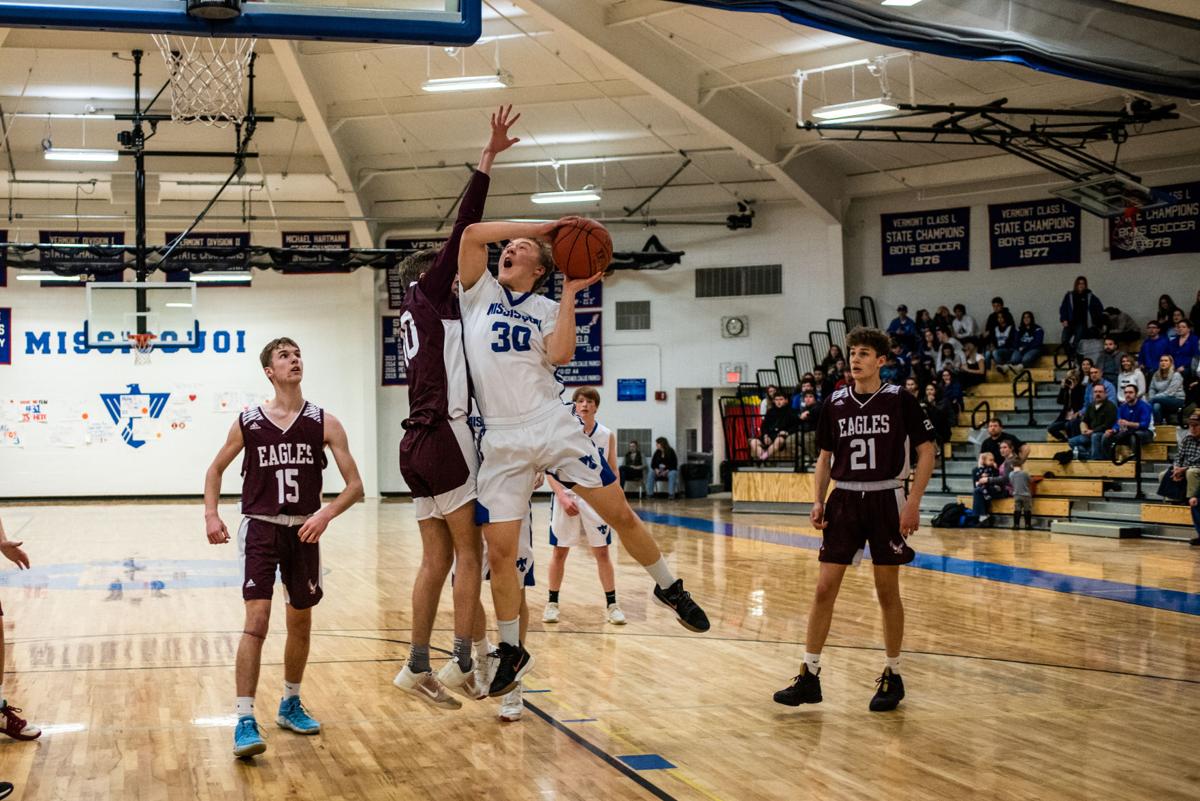 MVU's Patrick Walker drives to the hoop in the fourth quarter of Wednesday's game. 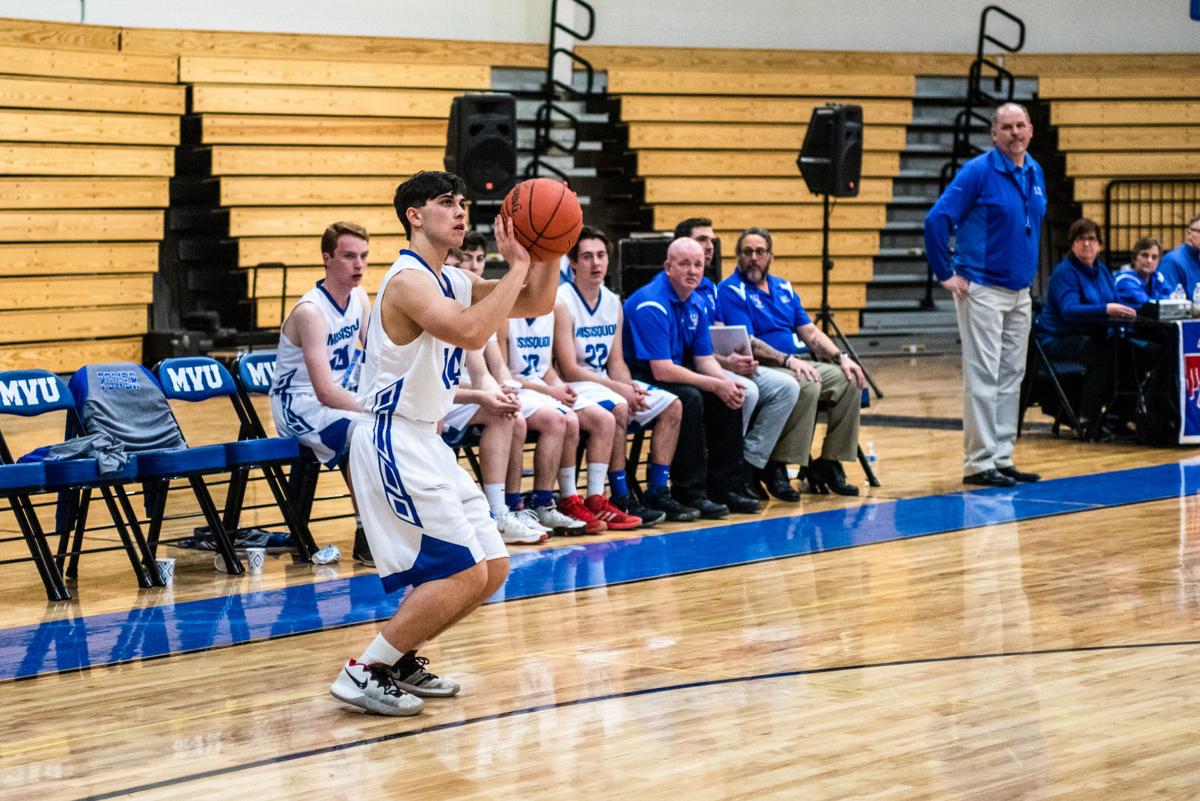 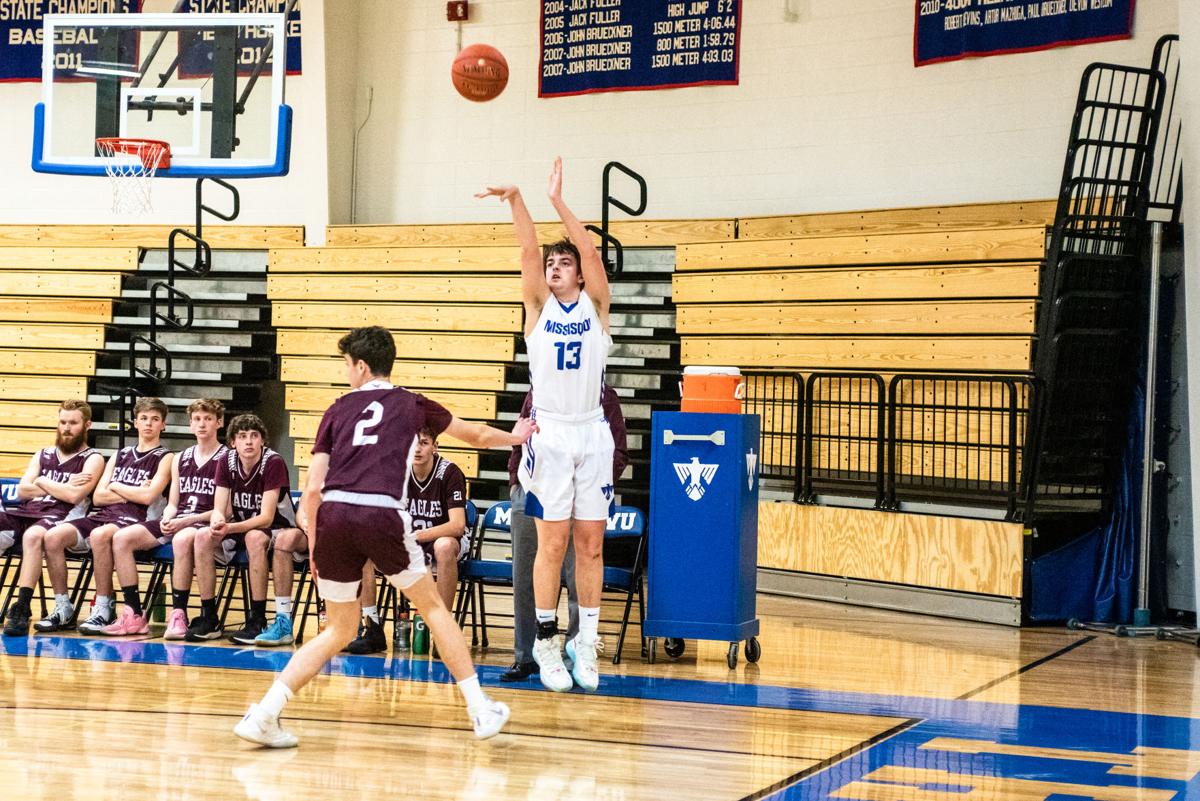 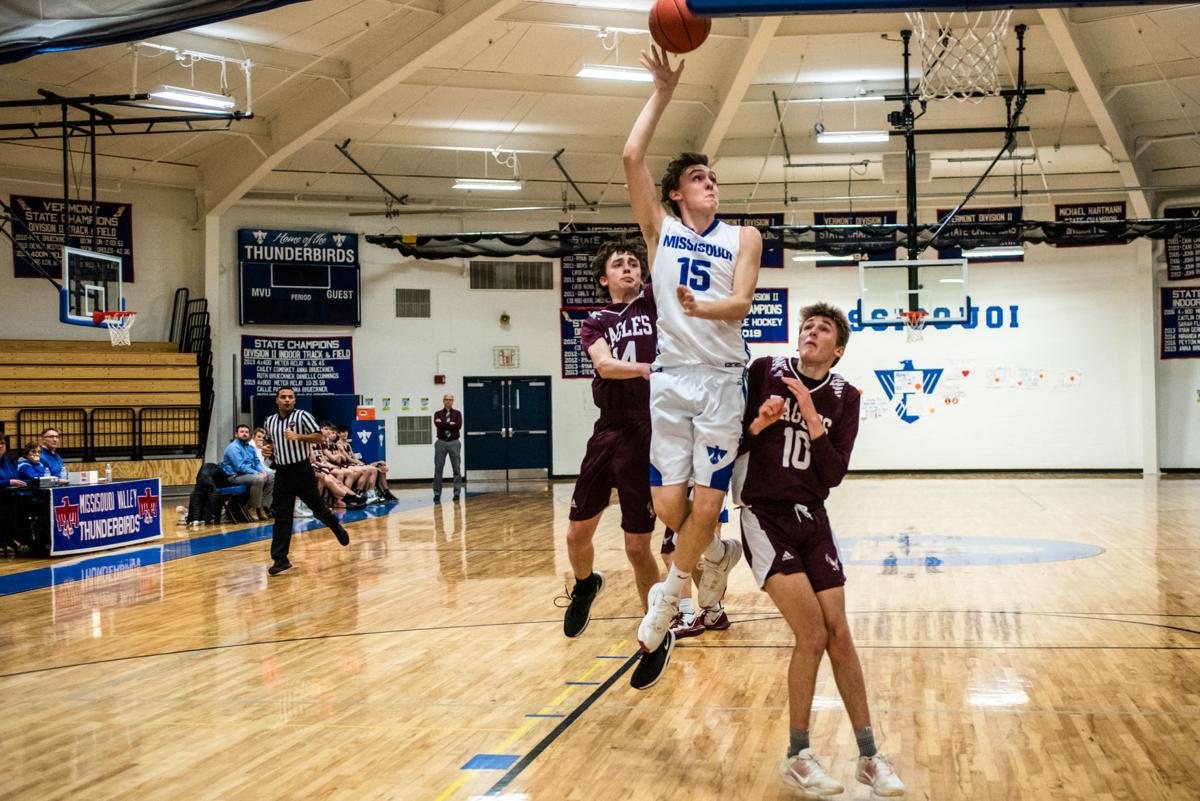 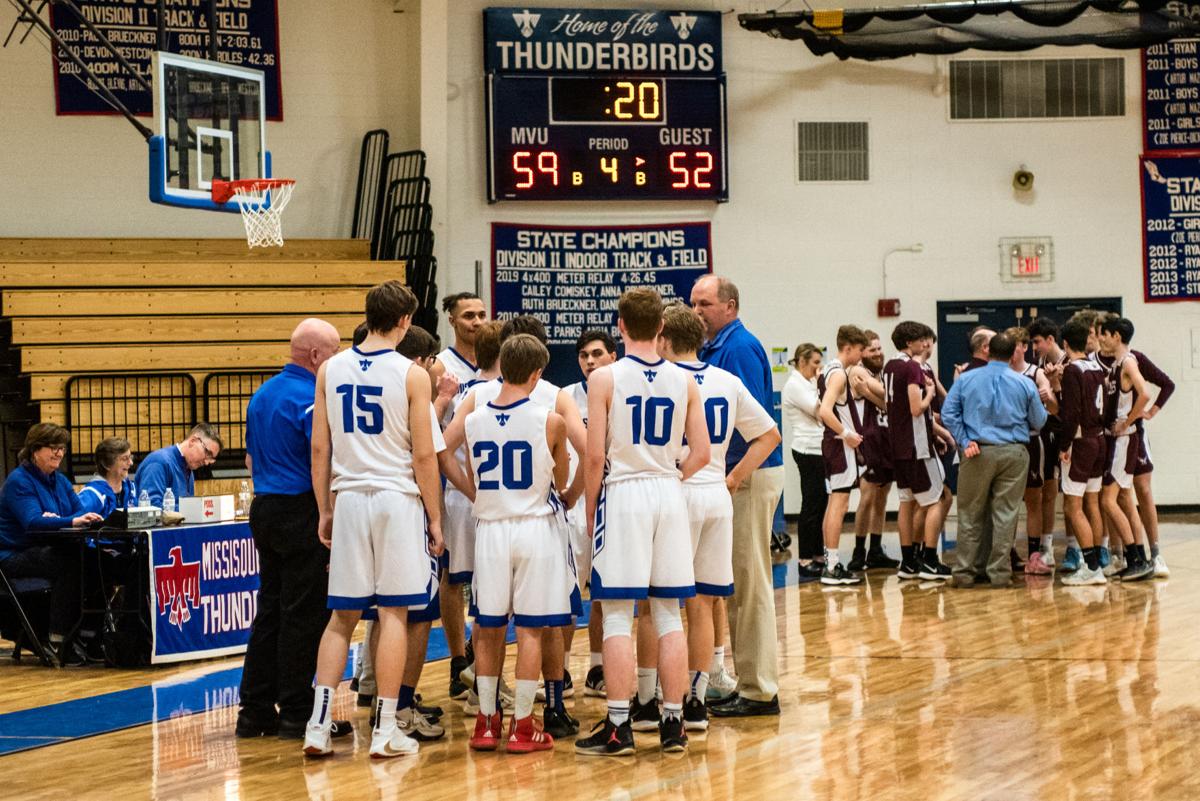 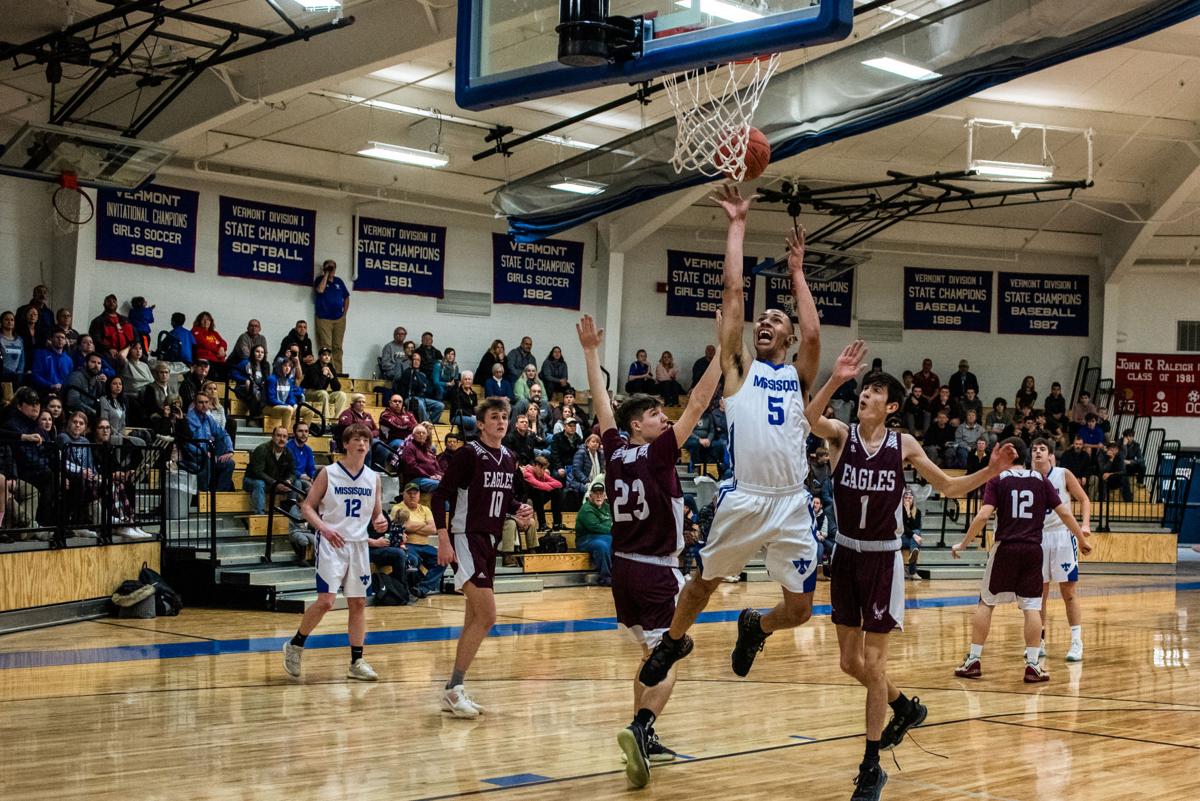 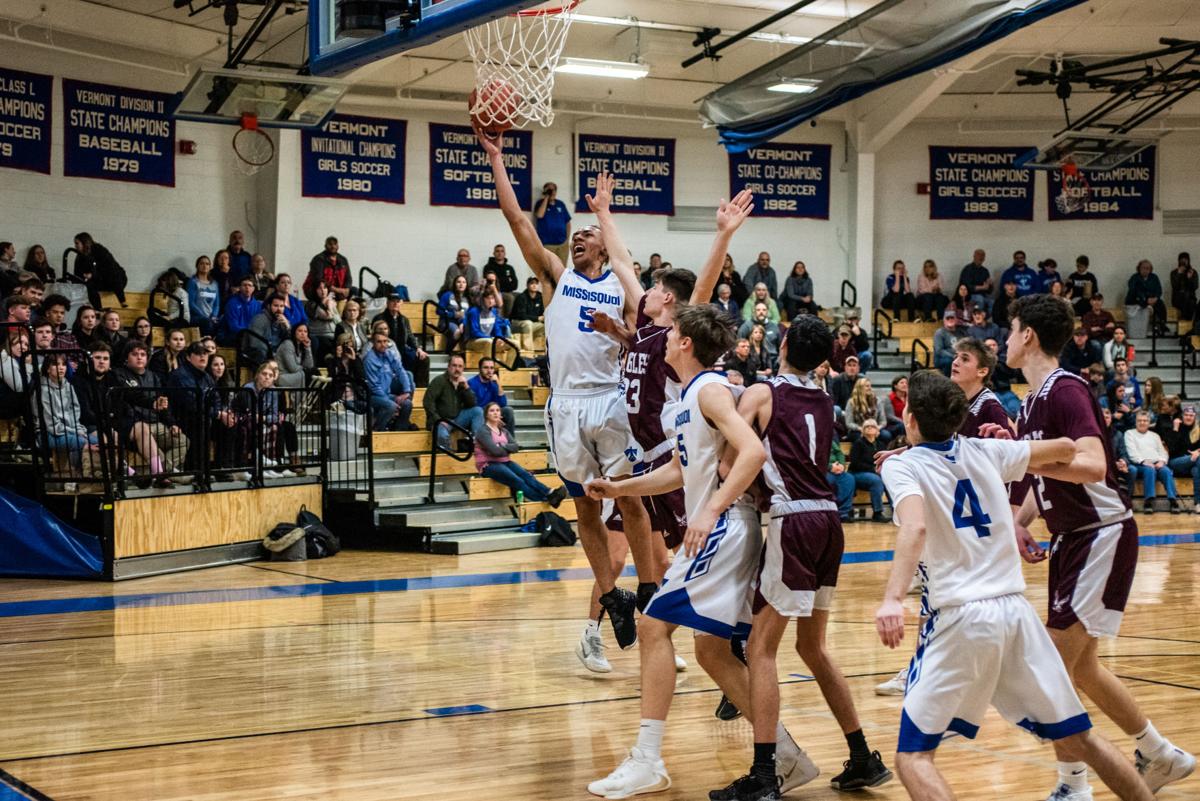 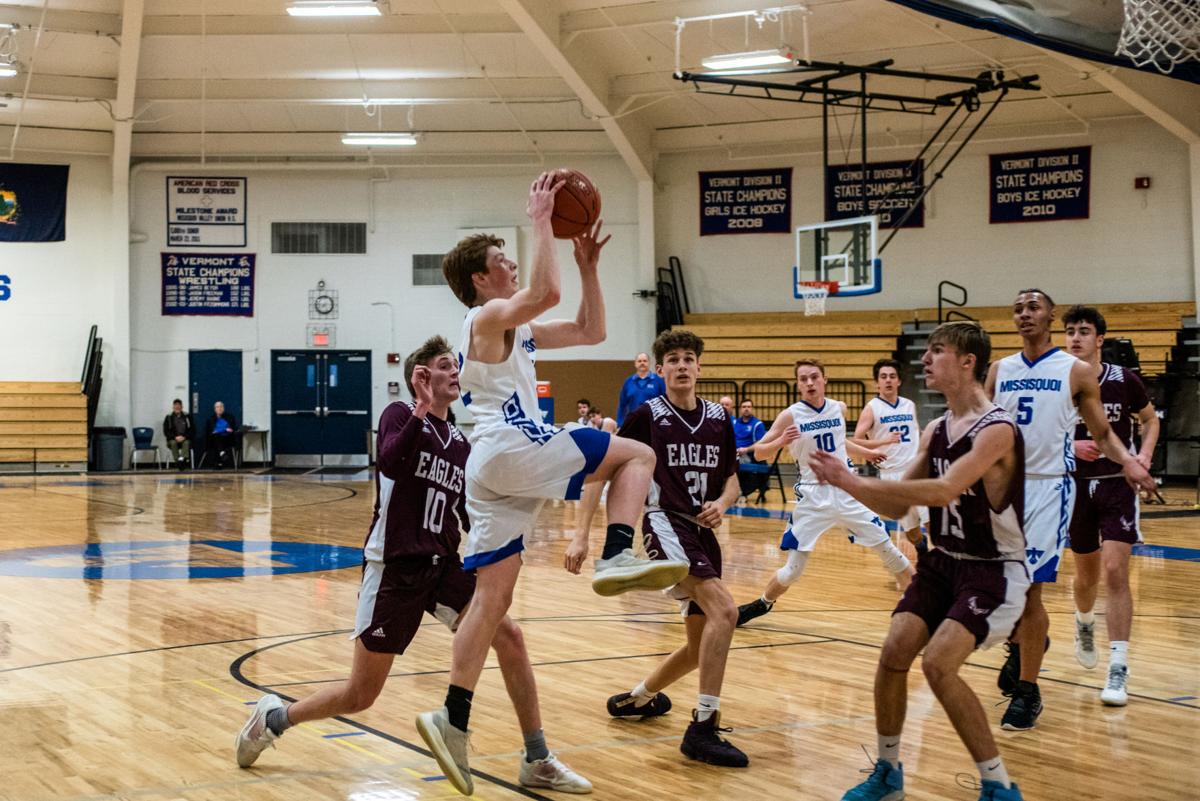 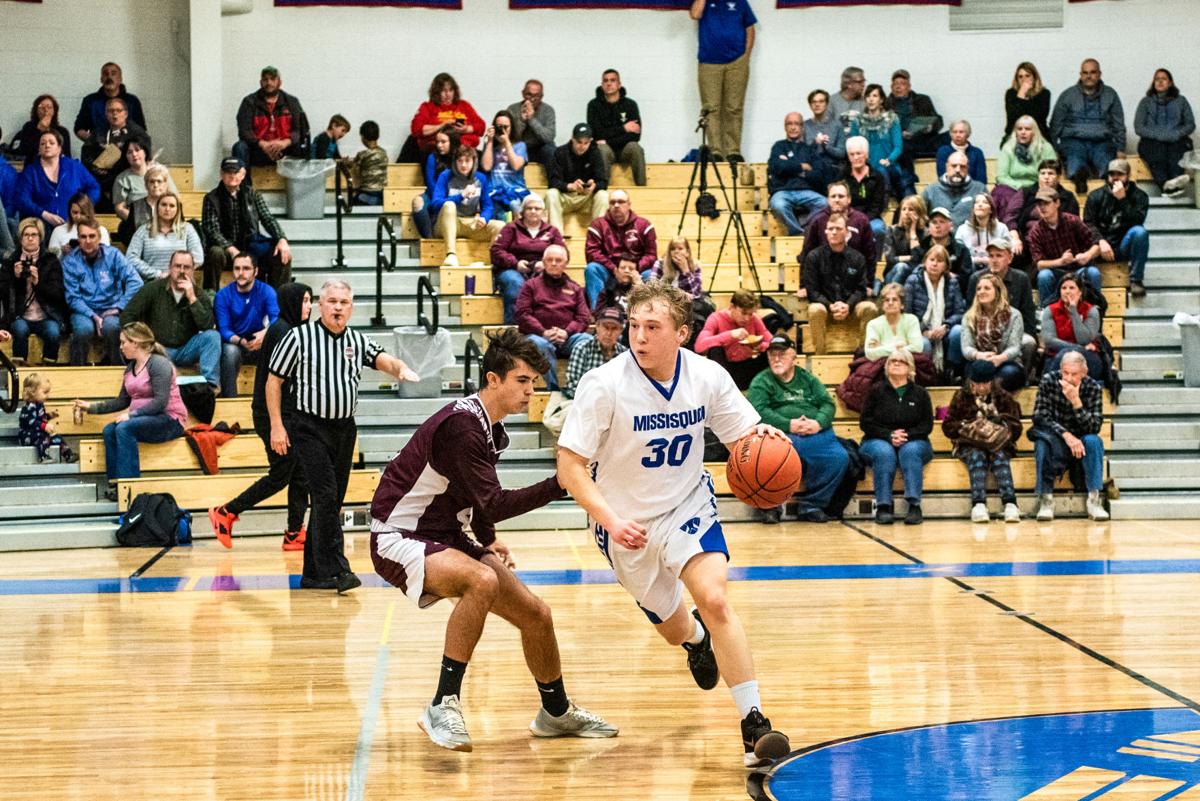 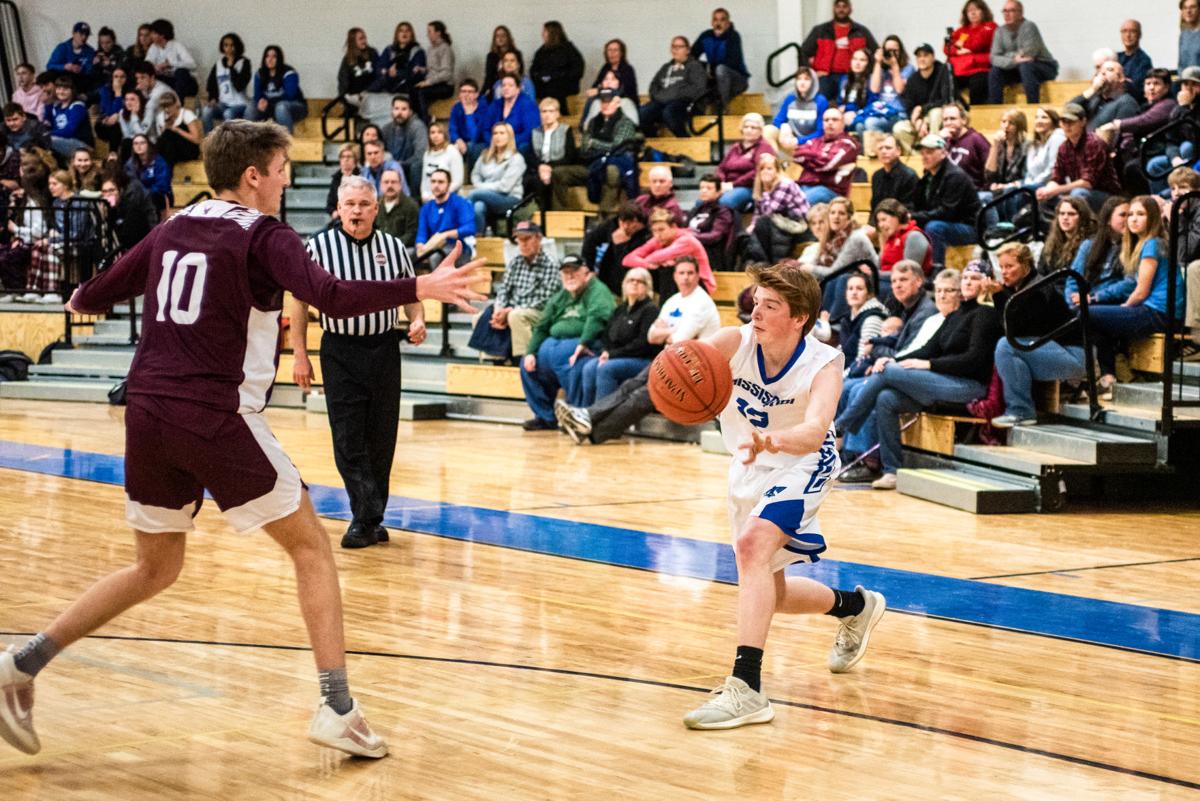 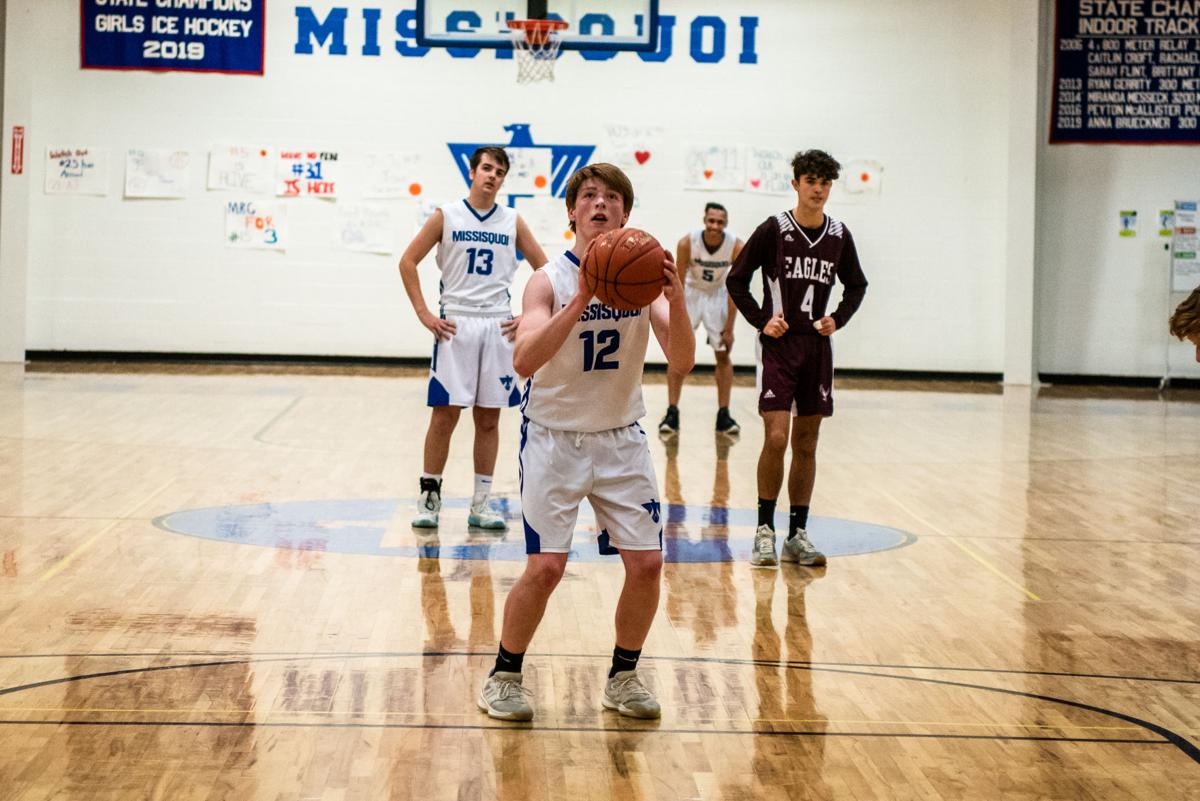 MVU’s Gabe Unwin finishes a layup in the first half on Wednesday night.

MVU's Patrick Walker drives to the hoop in the fourth quarter of Wednesday's game.

SWANTON — MVU hosted the Mount Abraham Eagles on Wednesday, earning a 60-52 win and a much-needed boost after taking an 83-57 loss to Middlebury on Monday evening.

Mt. Abe held a slim lead for most of the first quarter; Patrick Walker’s layup, late in the first, tied the score, and Gabriel Unwin’s basket lifted the Thunderbirds, past the Eagles.

Ethan Creller brought the Bird Cage to life with a buzzer-beating three-pointer at the end of the first half, bringing the score to 16-11 in favor of MVU.

MVU pulled away in the second quarter, reaching their largest lead of the game, 24-16, within the first three minutes, but the Eagles persisted.

Creller drained another three, stretching the T-bird lead to 29-22 near the 2:30 mark. Walker took the line for MVU, sinking two free throws and putting the Thunderbirds up 31-22.

An Eagle basket, scored with seconds left on the clock, brought the score to 31-24 MVU.

A choreographed Unwin to Curtis bucket got the Thunderbirds started in the third.

Curtis put the Thunderbirds over the 40 point mark on a high-flying layup midway through the third.

Three Eagle steals resulted in two baskets late in the third, but Walker’s three helped stop the bleeding. The teams closed the quarter at 47-39 MVU.

A crafty pass from Creller to Unwin gave the Thunderbirds a ten-point advantage in the first minute of the fourth quarter.

The Eagles left Walker open on the perimeter, and he quickly drained another three-pointer.

Both teams locked down on defense for most of the fourth, but Walker and Unwin helped the T-bird effort from the free-throw line, combining to hit five out of six.

MVU coach Matt Walker was pleased with his team’s performance, both offensively and defensively.

“The Kelleher kid is one of the best players we see,” said Walker, “and we put all our attention on him--he still had 15 points in the first half,” said Walker.

“Colbey Theberge was on him most of the game, and I think he finally wore him down a little bit in the second half.”

“We knew we needed to play better defense than we did the last time we faced them,” said Walker, “and we spent the day yesterday going over that.

“We shared the ball--Gabe is on a three-game roll of scoring the ball, Ethan and Patrick are in double digits, so we had three guys scoring and few other guys contributing as well.

“In the second quarter, we had our subs in, and we increased our lead. We’re getting to be more of a complete team.”

Creller’s assessment of the game closely matched that of his coach.

“The atmosphere is in our favor being at home, and we were more prepared for their defense this time,” said Creller.

“We’ve been working on our offense and our spacing every practice. That’s one thing Coach Walker wanted to implement, and you can see it’s getting better every game.”

The Thunderbirds take on Milton on Saturday.