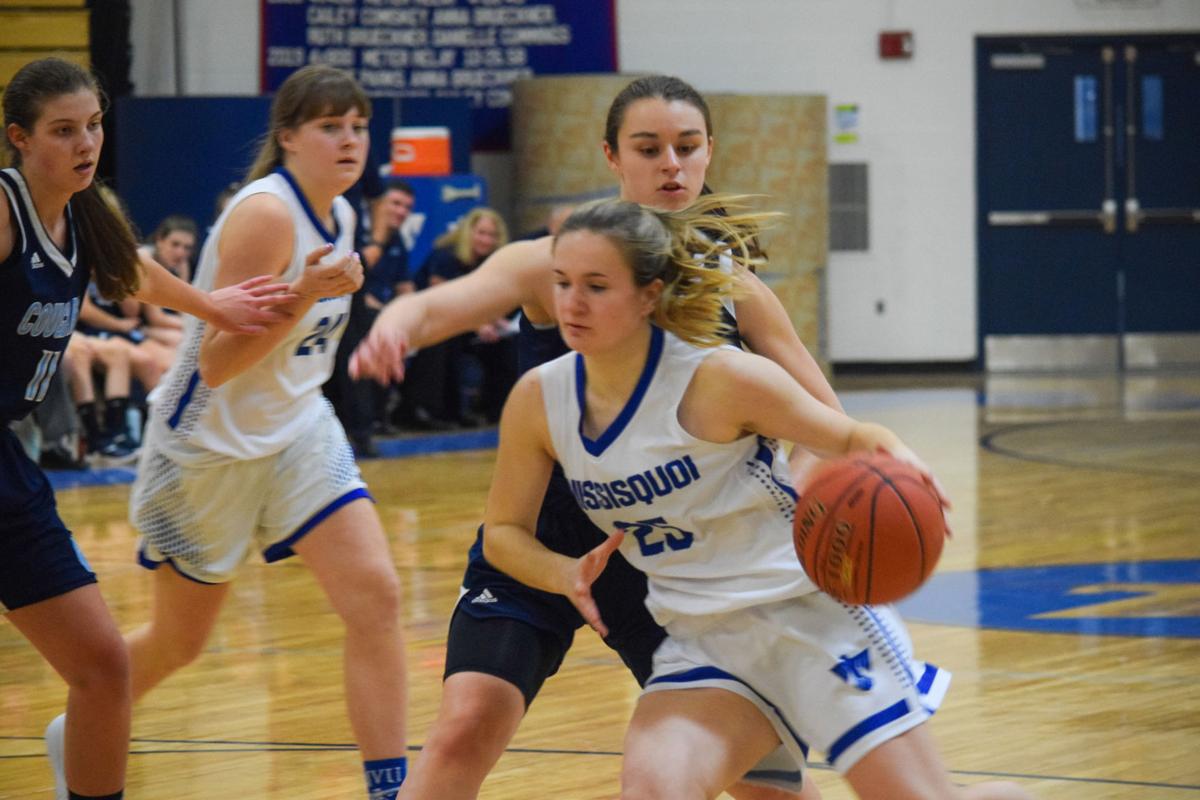 MVU’s Alexandra Broulliette drives to the hoop for a second half layup. 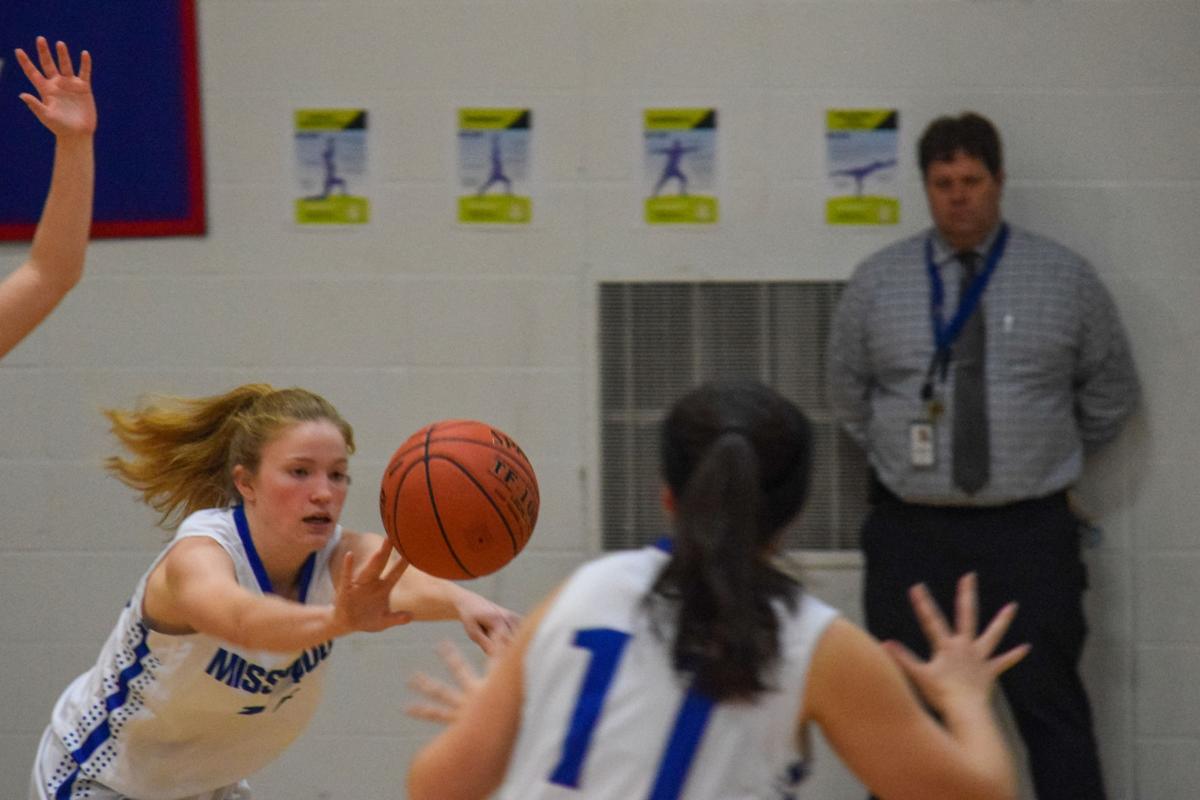 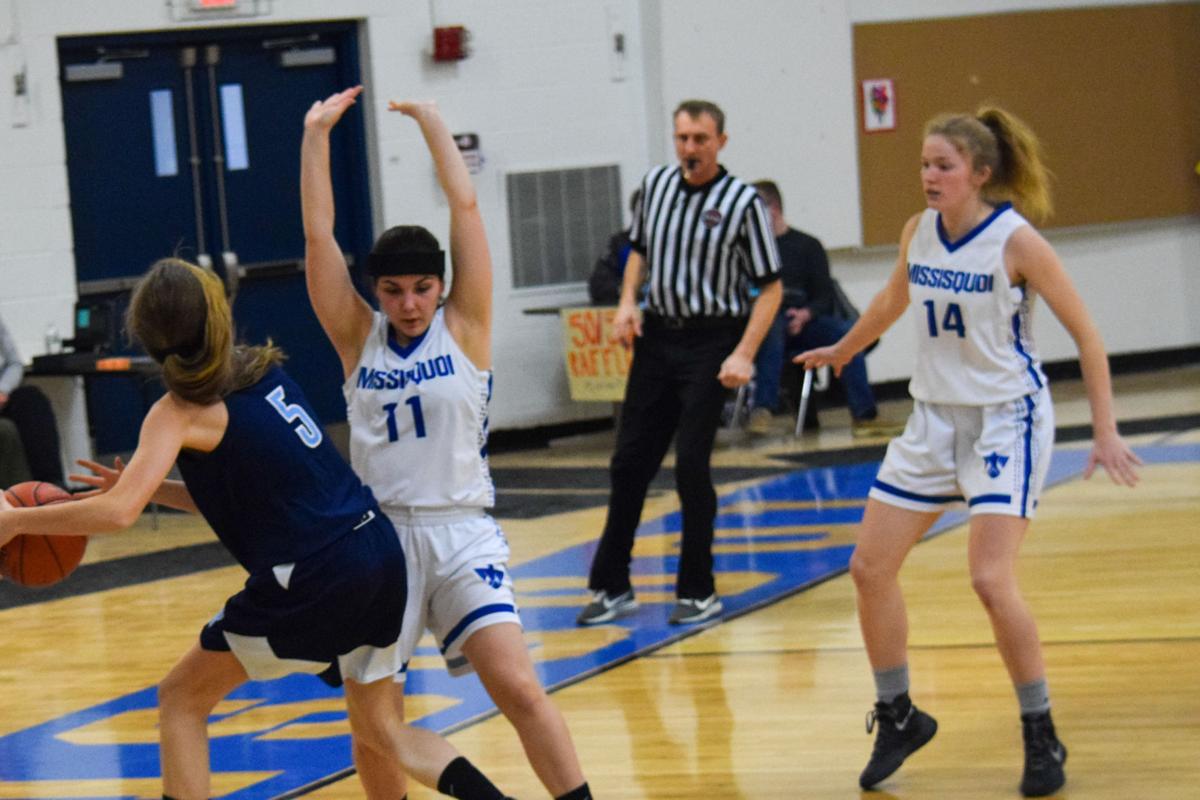 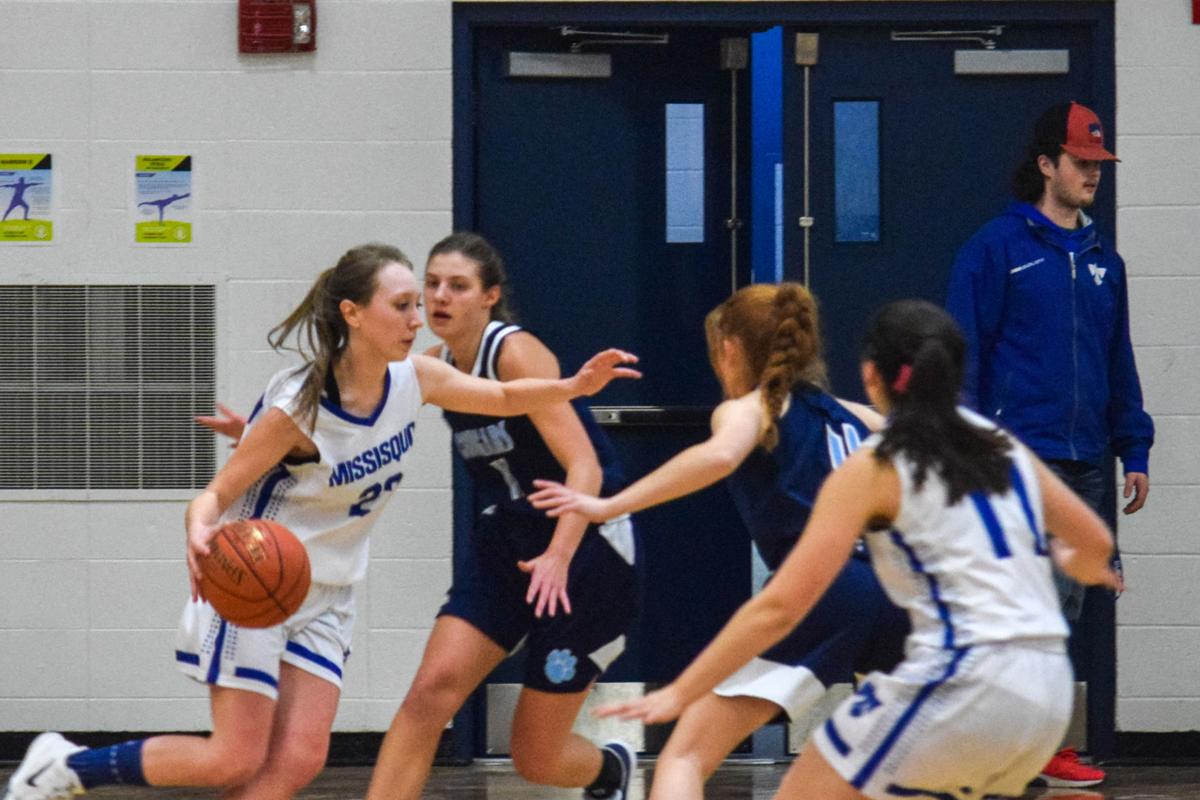 MVU’s Alexandra Broulliette drives to the hoop for a second half layup.

SWANTON — The Mount Mansfield Cougars topped the Lady Thunderbirds 61-34 in a Monday night contest at the Thunderdome.

The Cougars came roaring out of the gate, jumping to a quick 7-0 lead, before MVU’s Macayla Langlois hit a lay up off a beautiful bounce pass from Serena Power at the 3:55 mark. MMU then closed out the opening quarter on a 6-0 run to lead 13-2.

In the second quarter the Cougars dominated both ends of the boards to run off 18 straight points, jumping out to a 31-2 advantage.

MVU got its first basket of the quarter with 1:05 left, on a long corner three from Langlois, who on the next possession grabbed an offense rebound and laid it in off the glass. The teams left the court, MMU holding the 32-7 lead.

Turnovers continue to haunt these Lady Thunderbirds, as they committed 18 in the first half and 31 for the game, many of which led to easy transitional baskets for the Cougars.

The Cougars responded with a 7-0 mini run, before the two teams traded baskets over the last 2:30 of the quarter. After three quarters of play, MMU was comfortably in front, 49-18.

MVU played hard throughout the contest and outscored the Cougars in the fourth 16-12, as Abigail Paquette had 6 points and Brouillette ended the game with two straight baskets.

Leading MVU was Alexandra Brouillette with 13, followed by Macaya Langlois with 9 and Abigail Paquette with 8.