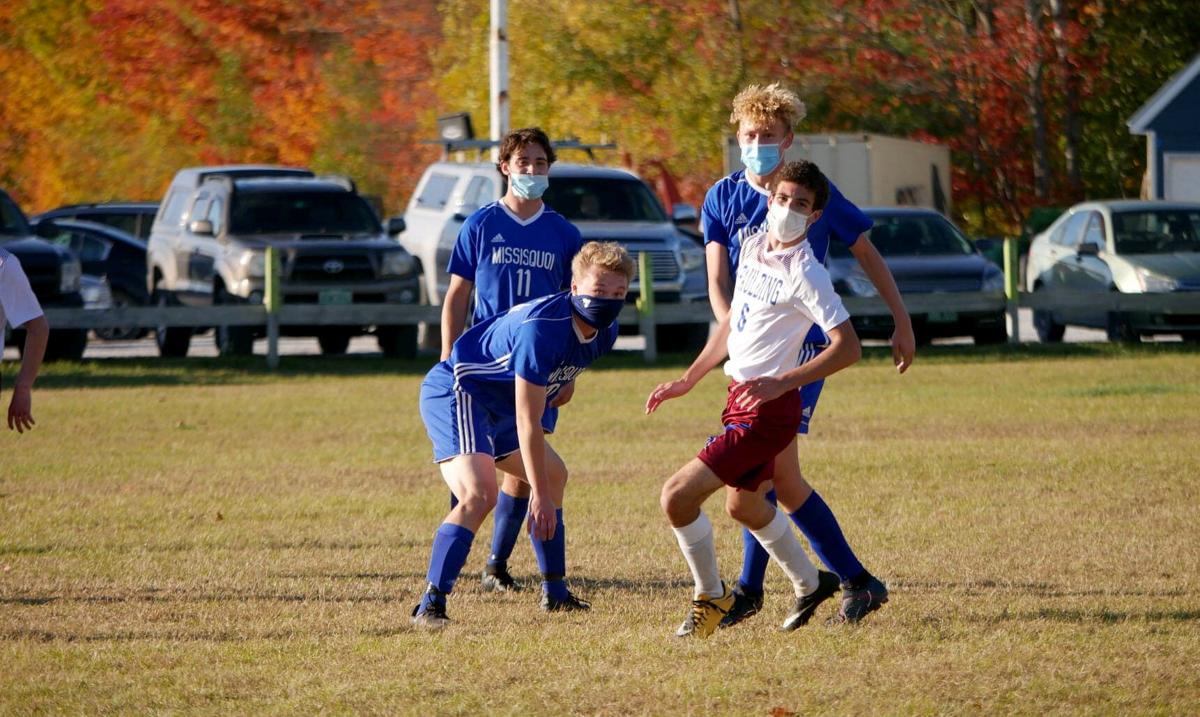 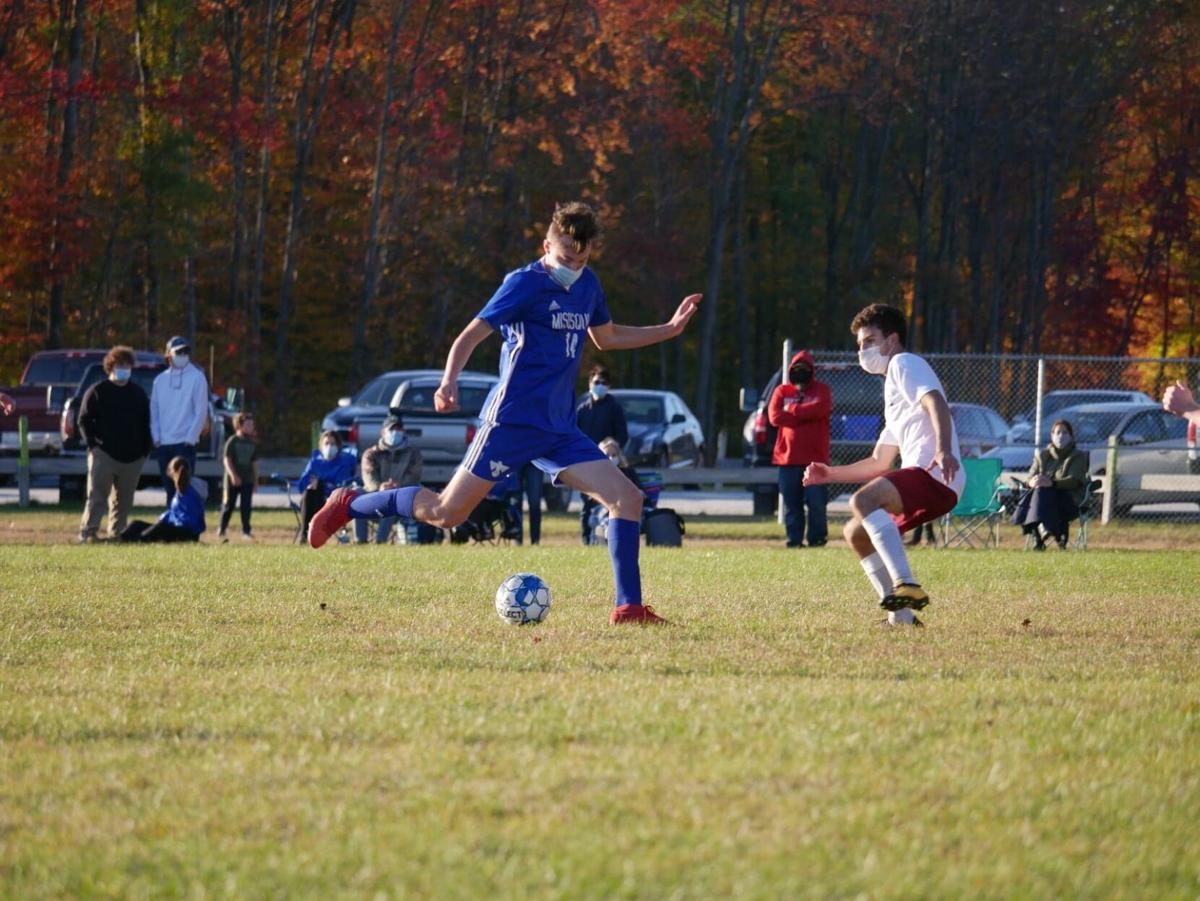 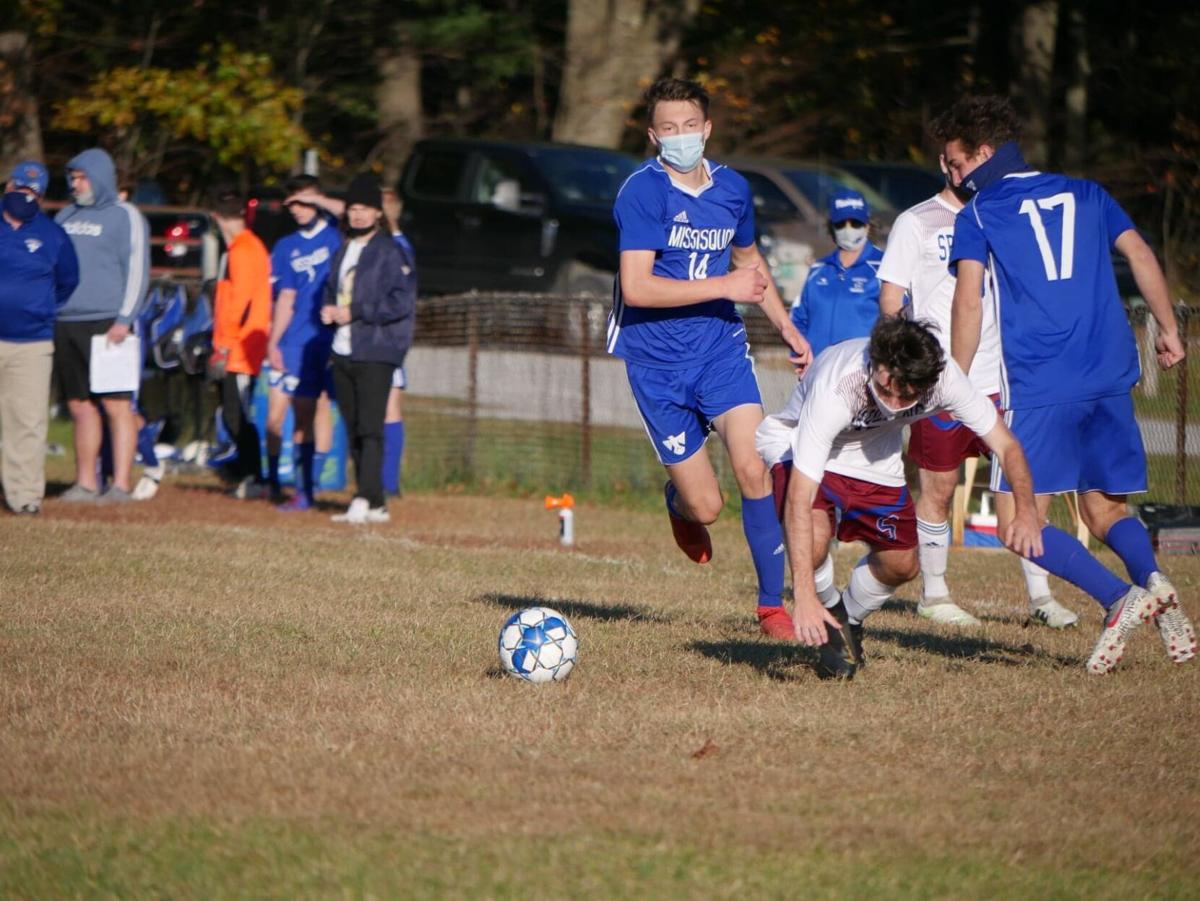 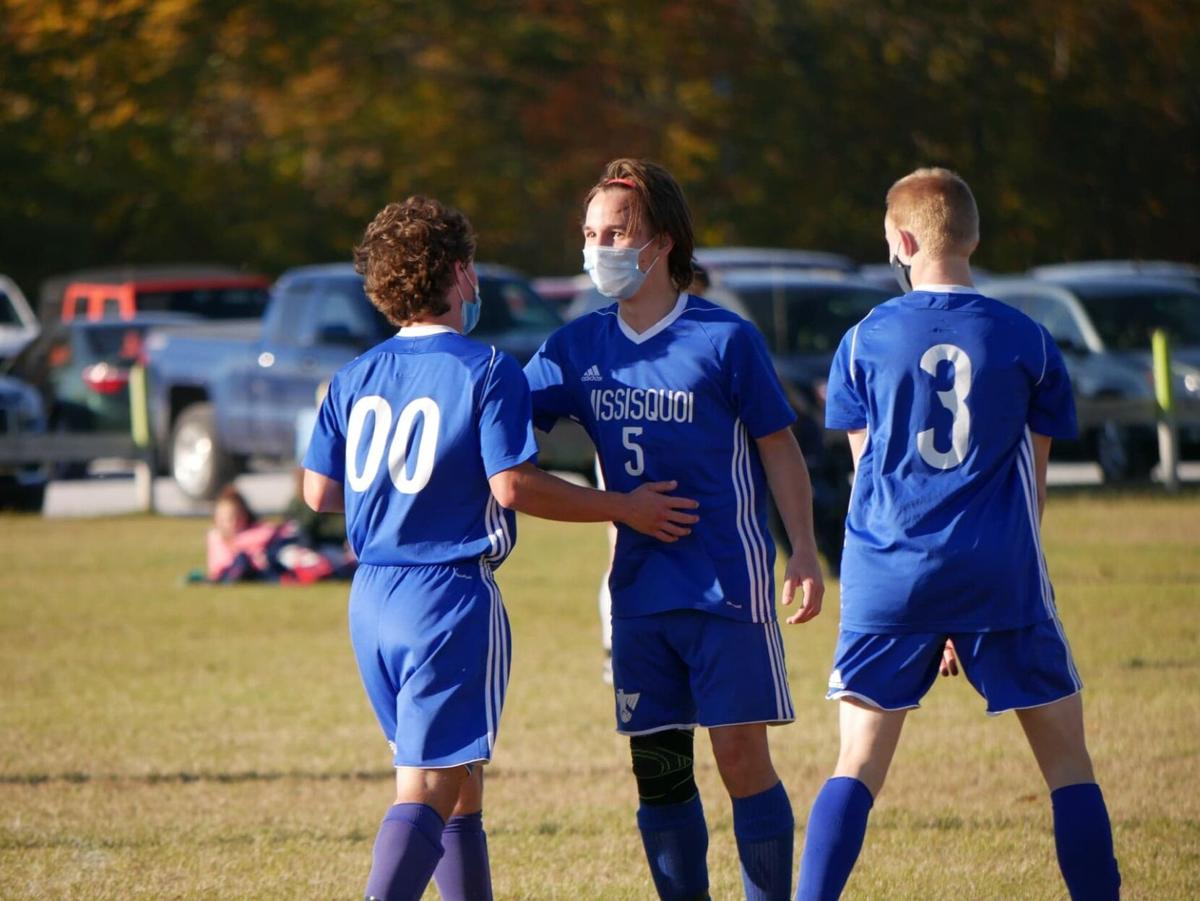 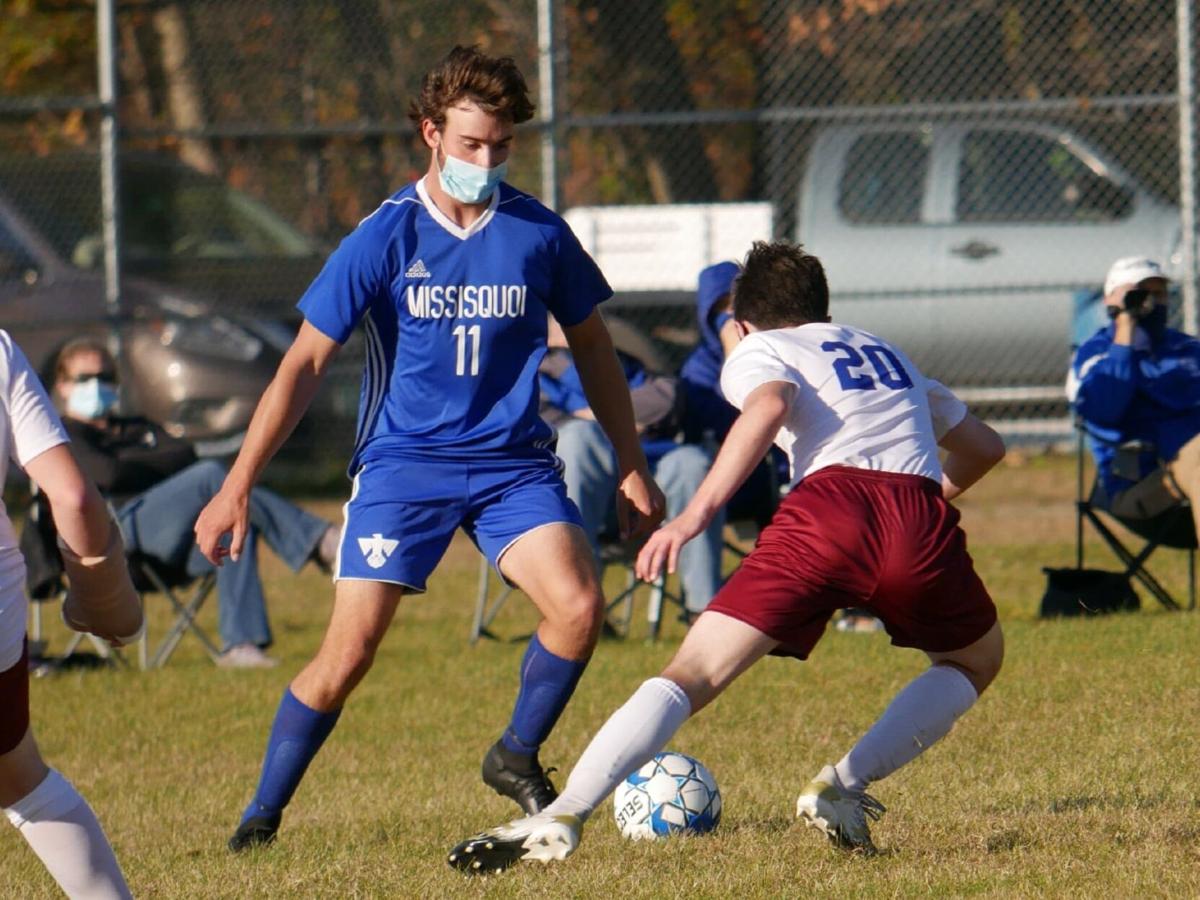 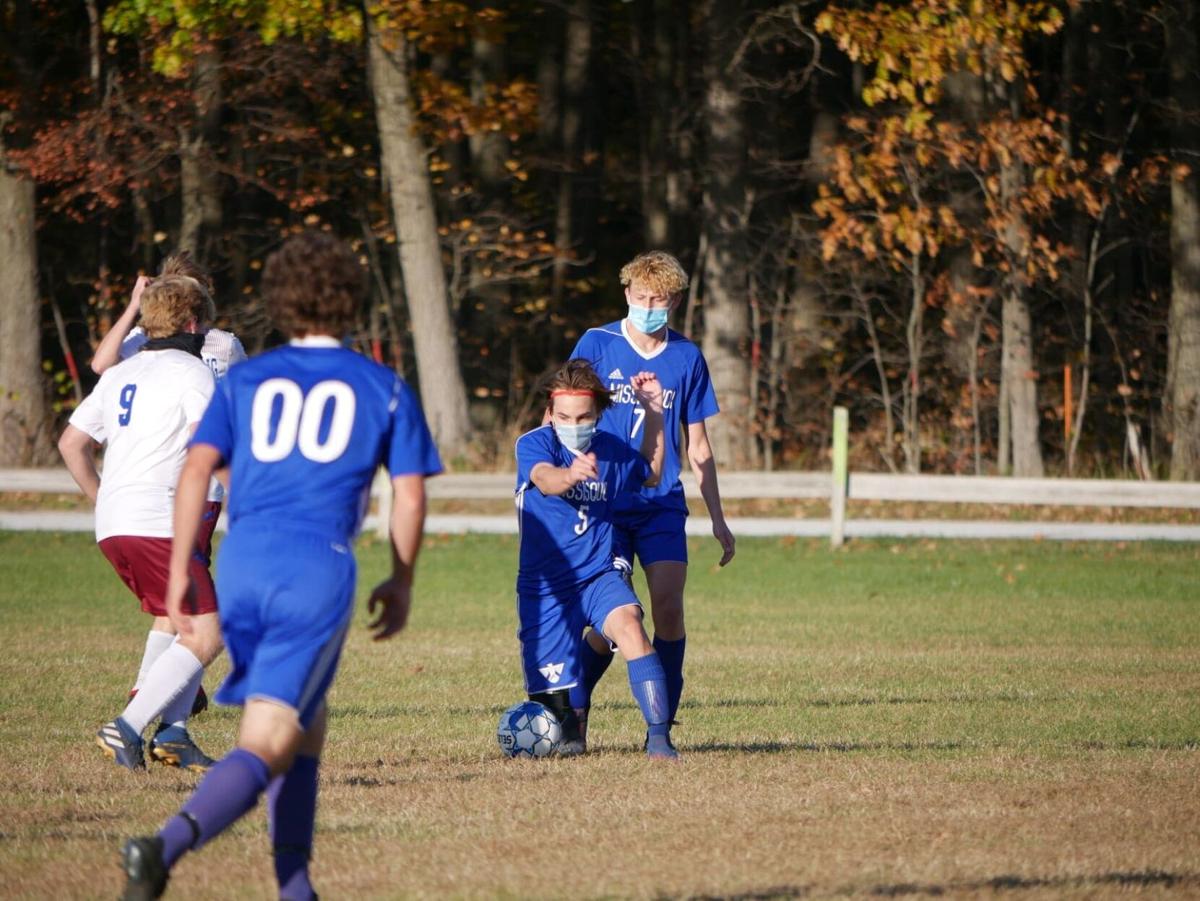 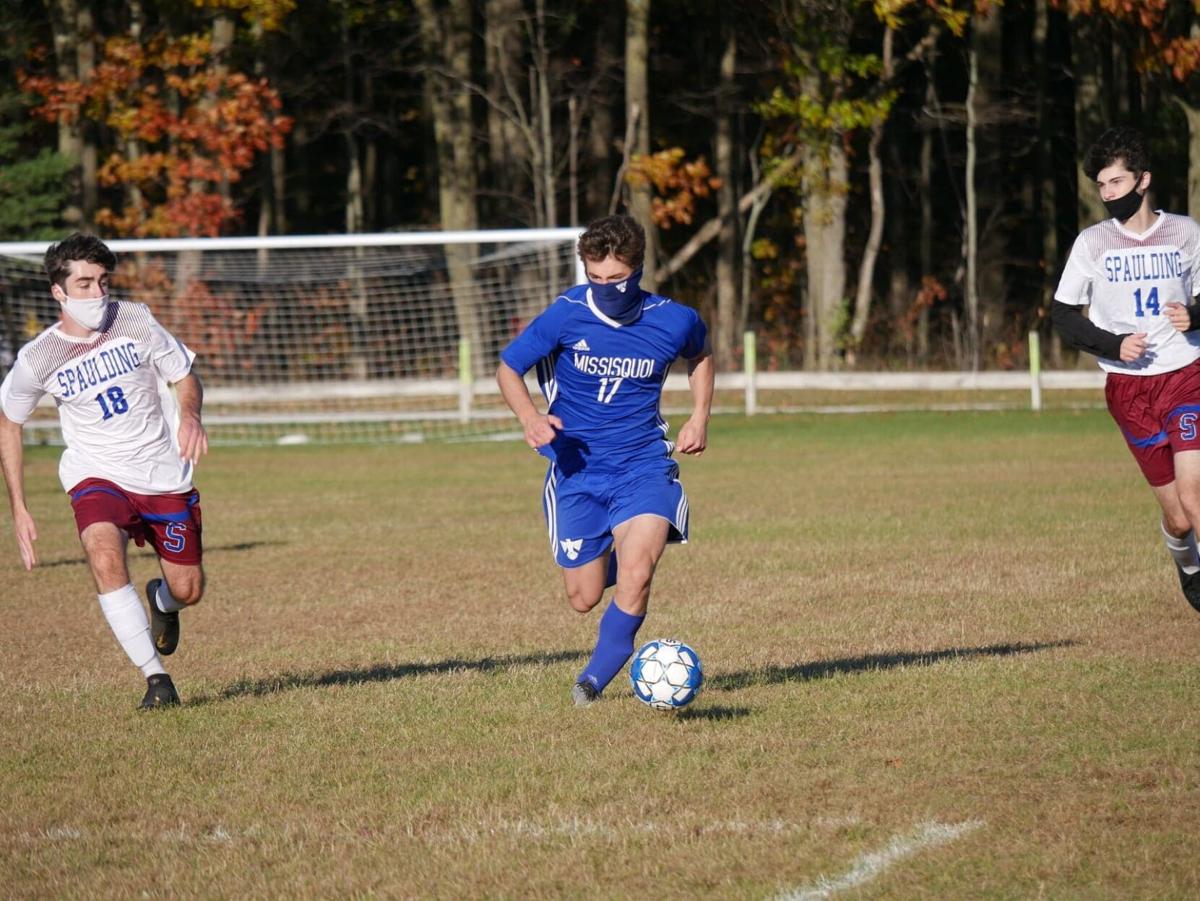 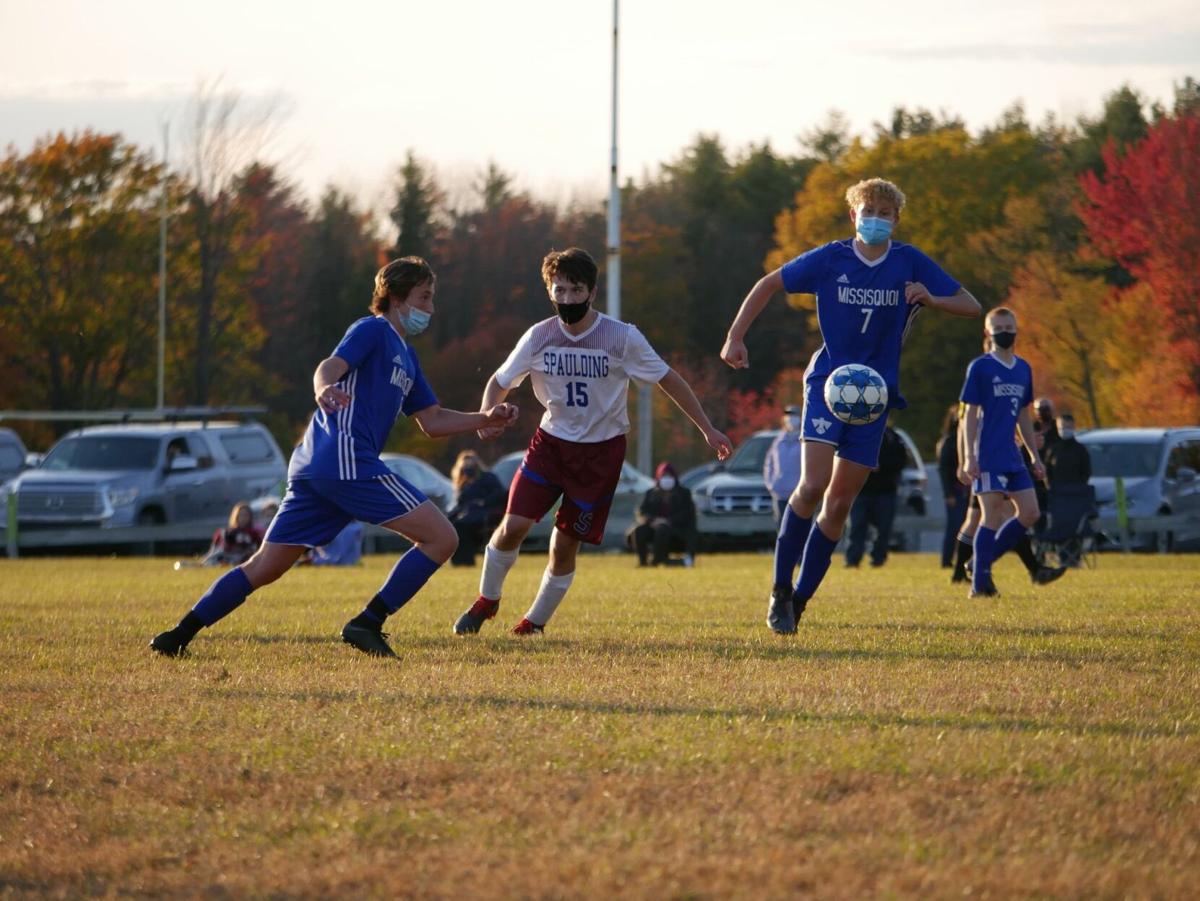 SWANTON — The MVU boys soccer team moved into the win column thanks in part to a 3-goal, one assist performance by Ryan Raleigh and the T-Birds shutout Spaulding, 4-0.

“They’re a rebuilding team,” said coach Jim Hubbard. “They gave us a little more time and we created many scoring chances.”

The Thunderbirds were in the Crimson Tide end for most of the first half and had 7 corners and 3 free kicks from 30 yards in. Some shots wide and a couple of shanks kept the game scoreless midway through the half. Then the Spaulding dam broke.

With a scramble going on to the left of goalie Daniel Kiniry, Garrett Fregeau got control and passed to Raleigh standing in front of an open net. Maybe the easiest goal ever scored.

A couple minutes later, Hayden Luneau fired a low shot at Kiniry, who had it, then didn’t.

“Just instinct to keep running in,” explained Raleigh. “Then he bobbled it and I chipped it in.”

“After we got that first one, I knew that we would be alright,” said Hubbard.

“Ryan did what he had to do today and created a lot of chances. A good breakout game for him.”

The scoring chances continued. Issac Overton dribbled in a phone booth to get by several defenders and shot just wide of the open side. Then Luneau fed Raleigh streaking down the right side, but Kiniry came out quickly to block the shot.

Raleigh completed his hat trick early in the second half. He stripped a defender deep in the zone to the left of Kiniry.

“I was going to cross it,” recalled Raleigh. “Then I saw the goalie come out and he was giving me room on the far side so I decided to shoot.”

The final goal went on the board when Raleigh, who was being boxed in, passed backwards with the heel of his foot to Overton, who went in alone and scored.

“Overton had some good shots from where we need to score from-about 25 yards out,” added Hubbard.

In an odd play, a drop ball was called just outside the 18 in the Spaulding end. Since only one player can be there, the MVU player kicked it to Kiniry and let him play it.

Heading into the last three games of the season, Hubbard shared his thoughts on what the team has to do.

“We have to play quicker and to get healthy. We lost two key players in Jordan Boudreau and Luc Fournier in the Milton game. Boudreau is especially solid in the midfield and Fournier was doing well on the right side.

“But what that did was give other players some time, and it has made us a deeper team. We have a tough game against Milton on Saturday and finish up with a couple games next week.”