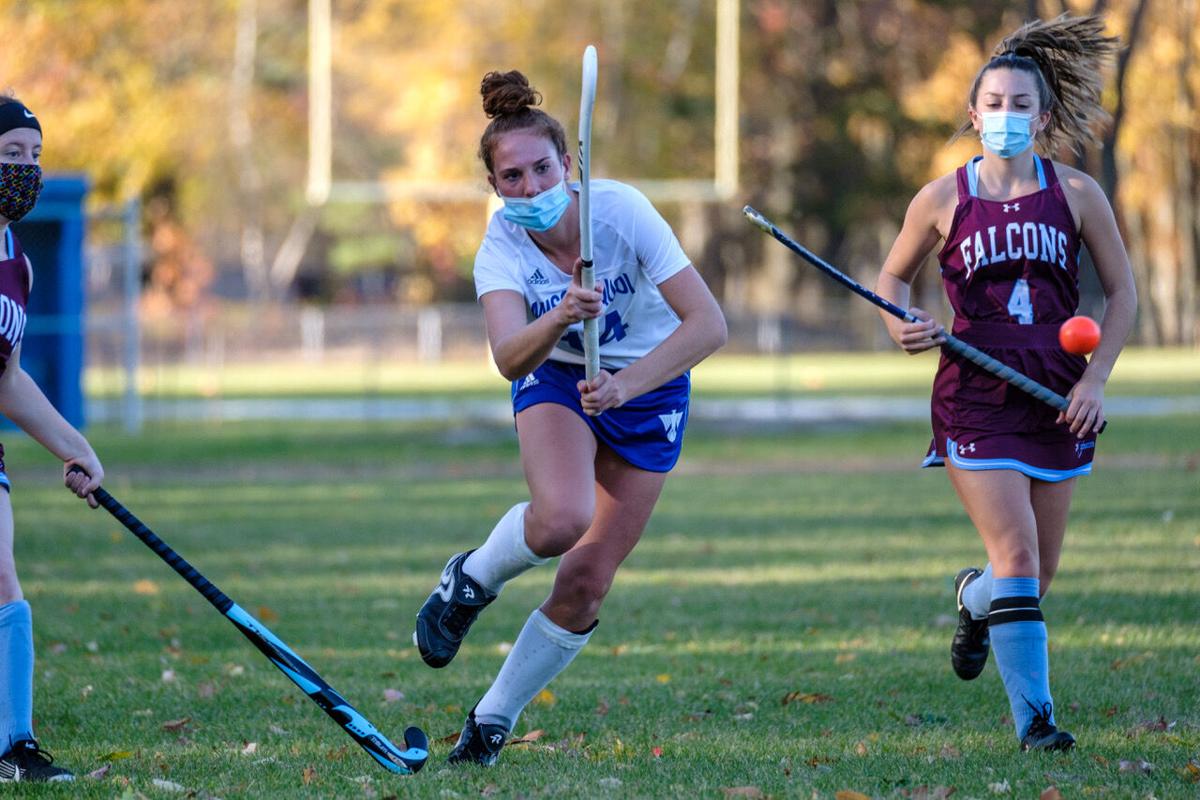 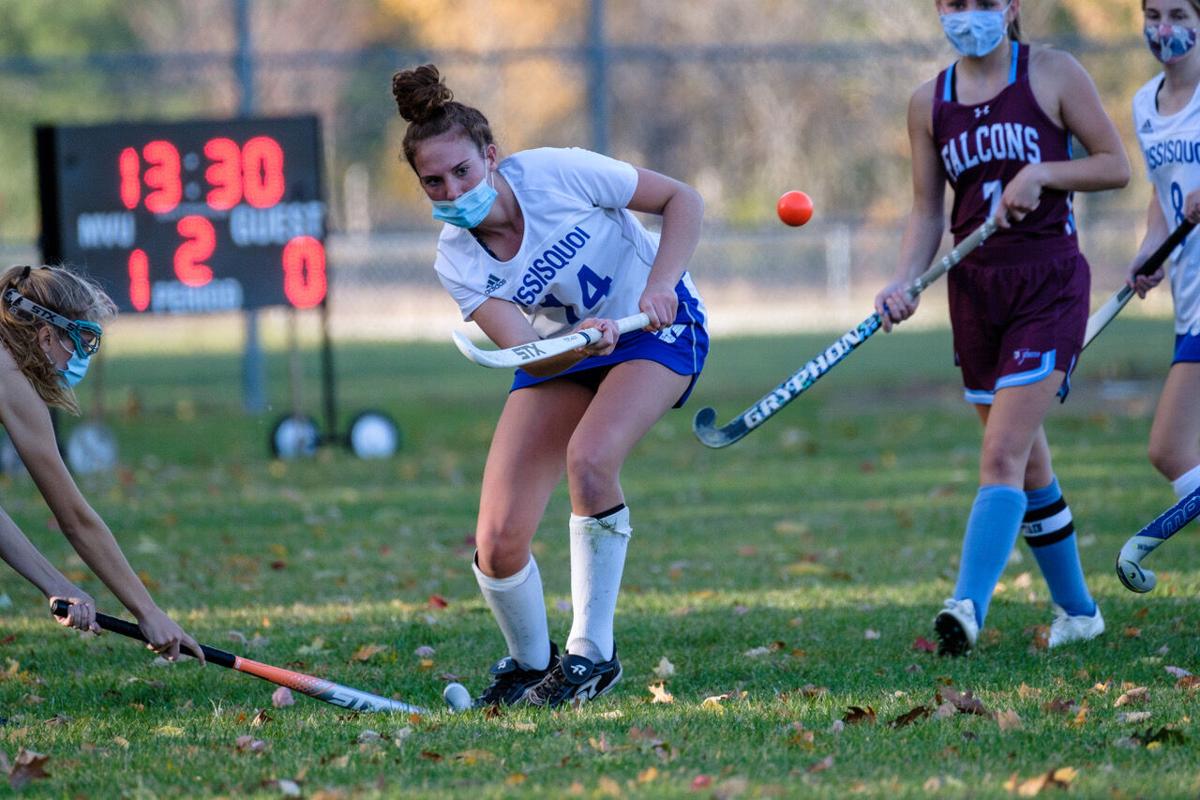 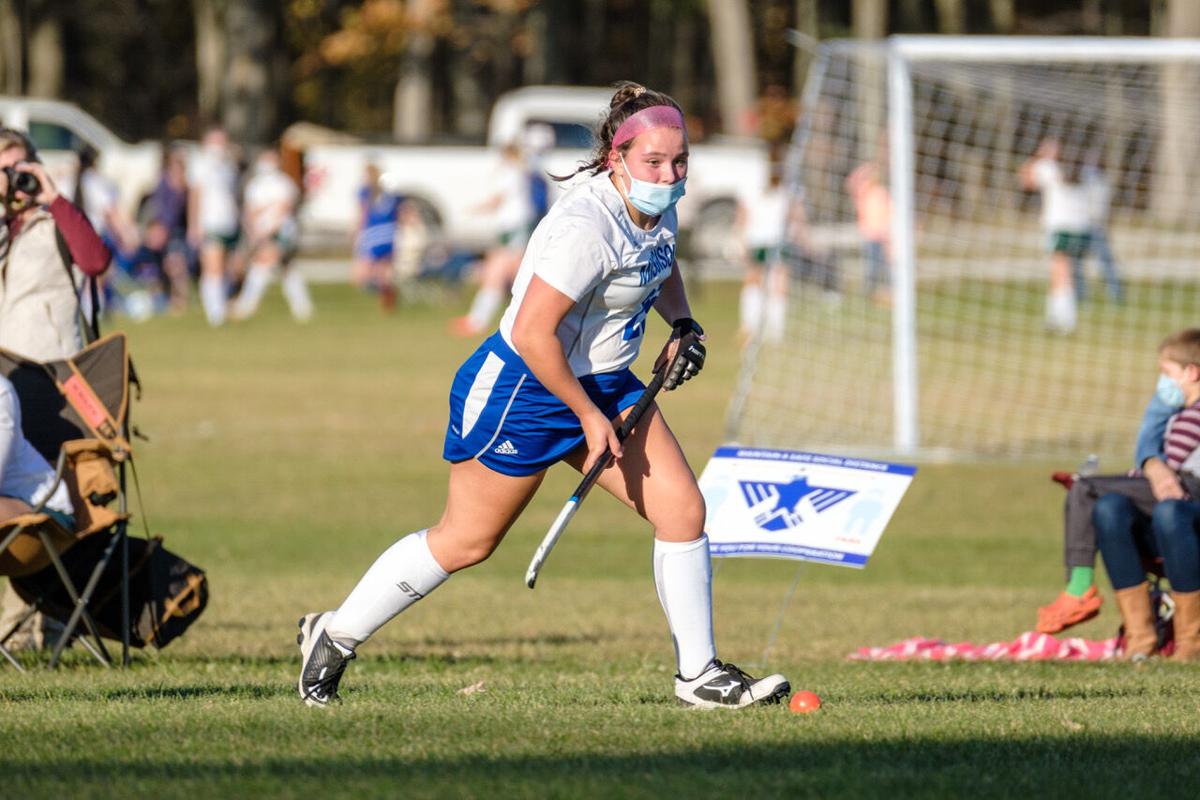 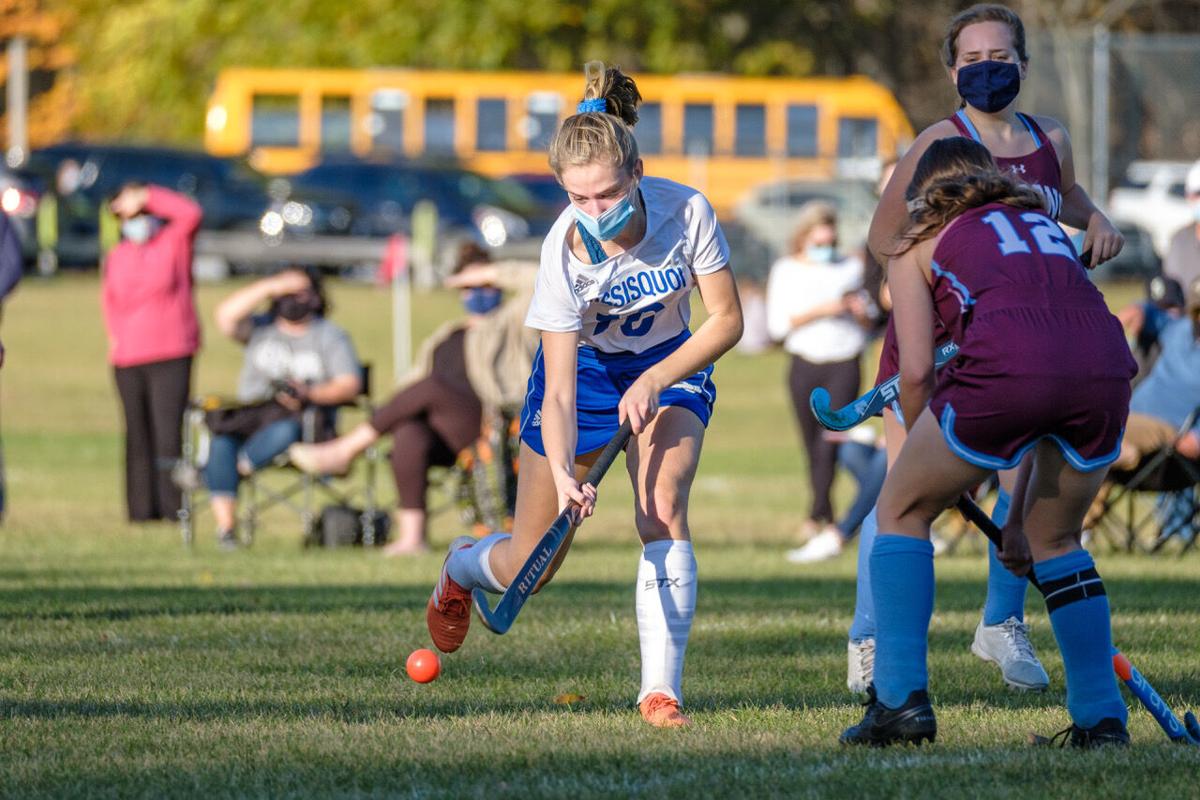 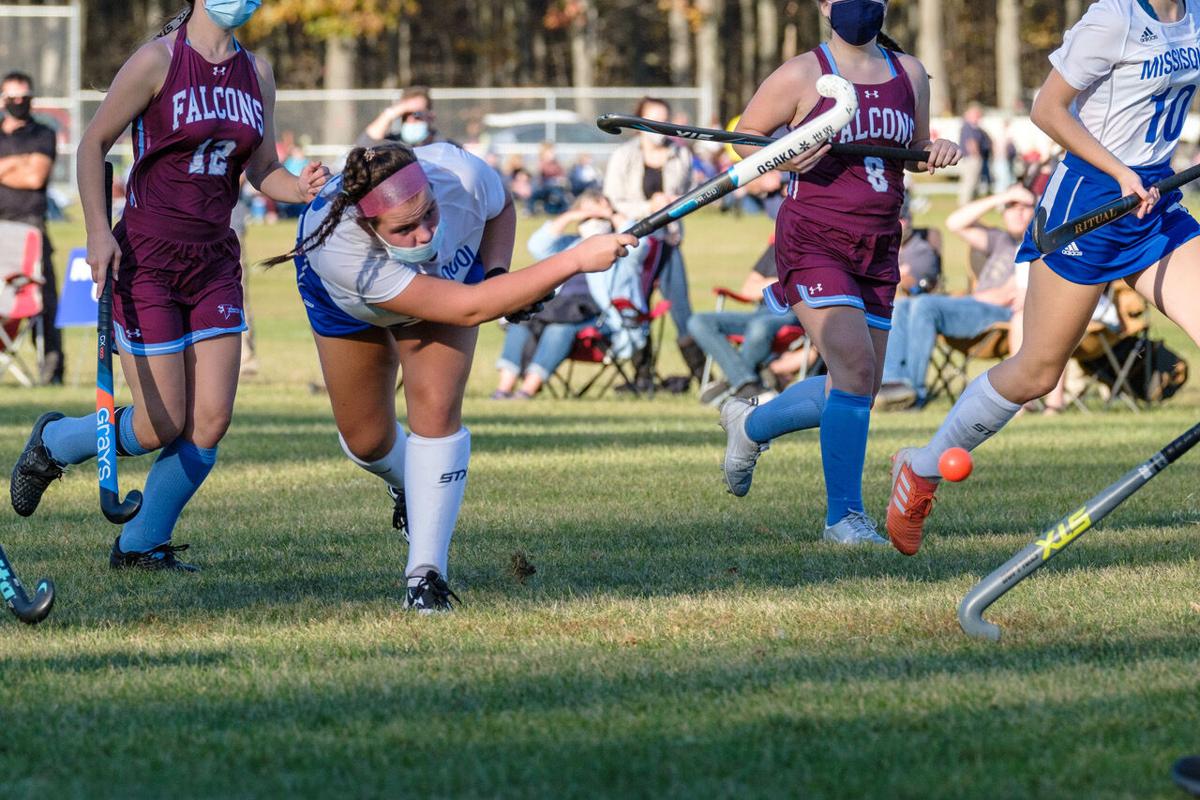 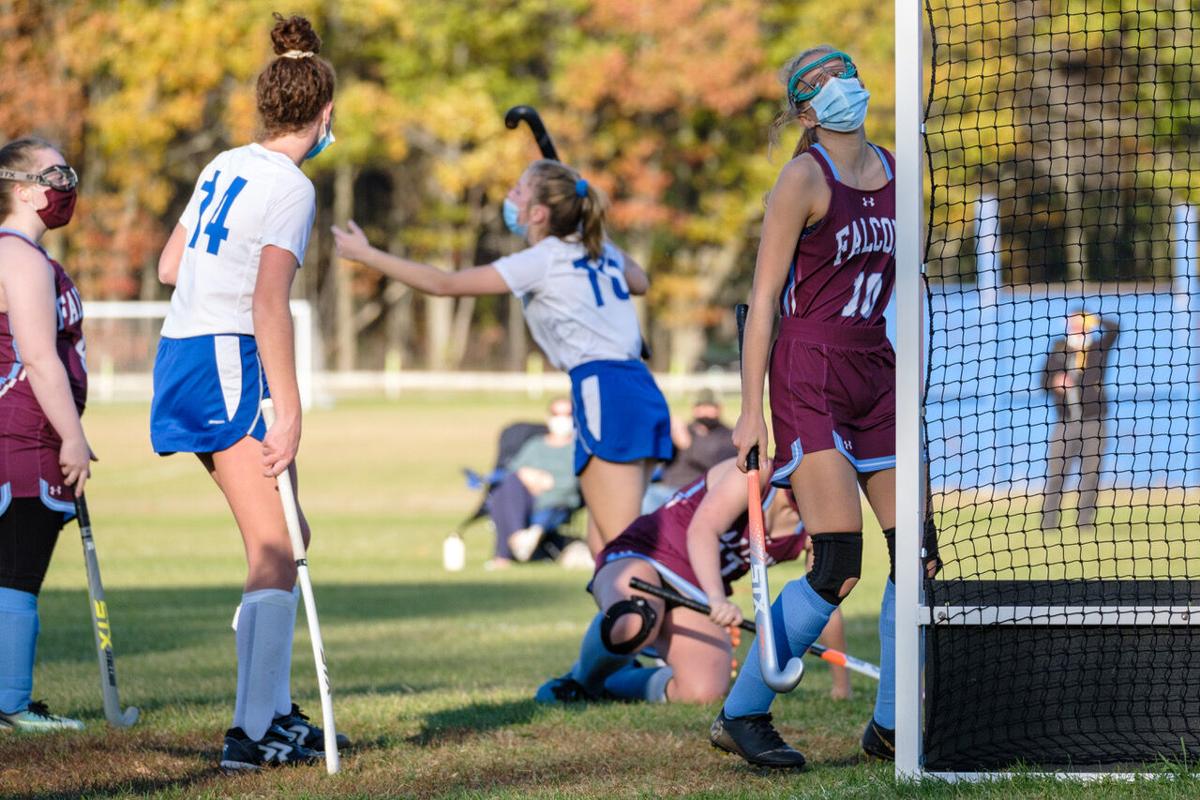 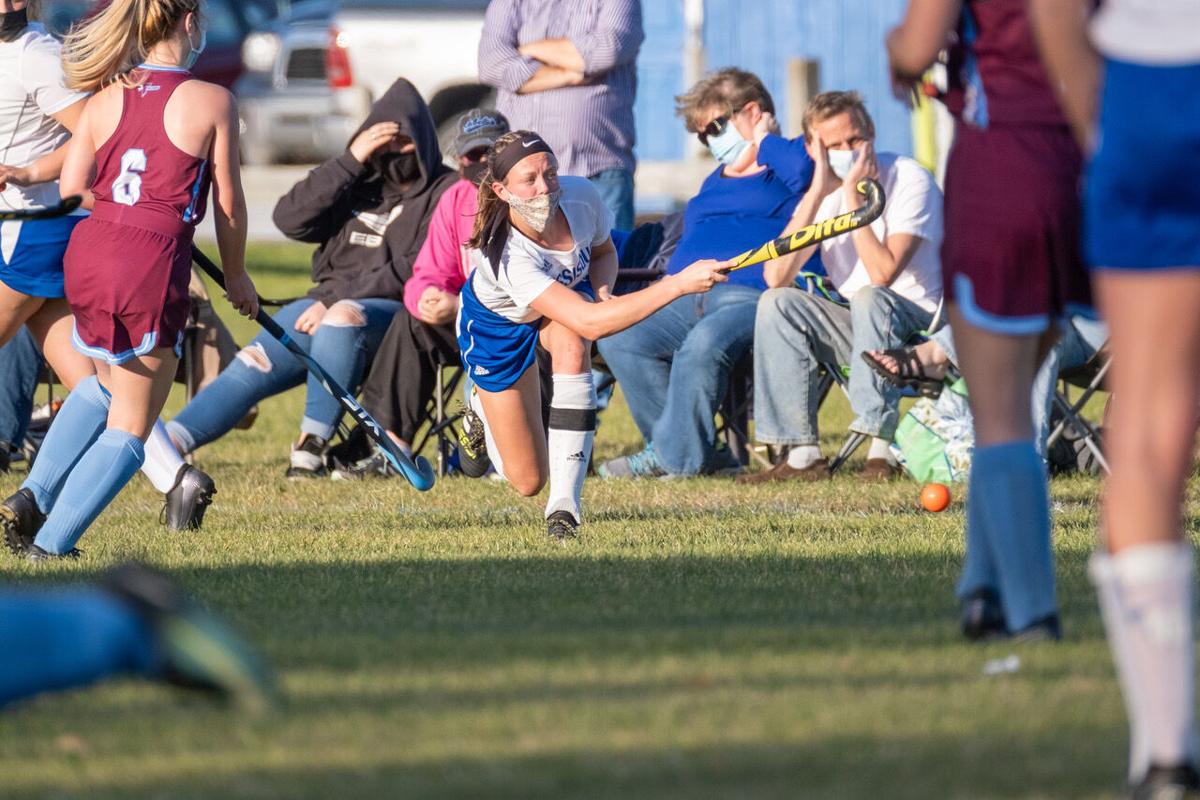 SWANTON — When the MVU field hockey squad started their season with a 2-1 loss at the hands of Spaulding, Coach Mel Hurlbut was impressed with the potential her team, despite the disappointing result.

Since then, the T-Birds have shown growth in each game they’ve played, posting a 3-1-0 record coming into Thursday’s 6-0 win against North Country.

It’s fair to say during this game that the team has fully realized the potential Coach Hurlbut saw from so early on.

Going into the second quarter after a scoreless first, the T-Birds looked to take the game to the Falcons.

Sophomore Bella Bigelow used her speed to drive up the field’s right side, getting a booming shot on goal.

Bigelow then retrieved her rebound and sent a pass to senior Rhianna Sweeney, who was wide open in front and took no time putting the ball in the back of the net.

Less than a minute later, North Country was creating chaos in front of MVU’s net when senior midfielder Kierra McFadden (remember her name for later)

came back and got a timely stick on a shot that was destined for twine, stopping the Falcons from getting back into the game.

With 15 seconds left in the frame, senior Natalee Harvey created a turnover 25 yards from MVU’s net and made a stretch pass up to Bigelow.

Bigelow deftly chipped the ball past the lone Falcon defender to junior Naomi Rose Edele. Edele then had a clean breakaway, and with a quick shot, beat the Falcons keeper to put the T-Birds up 2-0 going into the half.

In the third, Edele picked up a second goal, banging in a loose ball following chaos in front of the Falcons net started by yet another Bigelow drive, her fourth goal in a two-game span.

Two minutes later, a penalty corner gave Bigelow possession of the ball; she passed it to McFadden, who beat the Falcons keeper with a long shot from outside the striking circle.

With 7 minutes and 50 seconds remaining in the fourth quarter, a Harvey got a stick on a loose ball and put it home after having her previous goal on a penalty corner called off at the end of the third quarter.

After another penalty corner had caused chaos in front of the net junior, Denise Berger found the ball and passed to an open McFadden, who scored her second of the game with a blazing shot that went into the top corner of the Falcons net.

This would be the game’s final goal giving the T-Birds a tidy three-game winning streak to roll into the playoffs, and if the team keeps this momentum, they could do make a good run in playoffs.