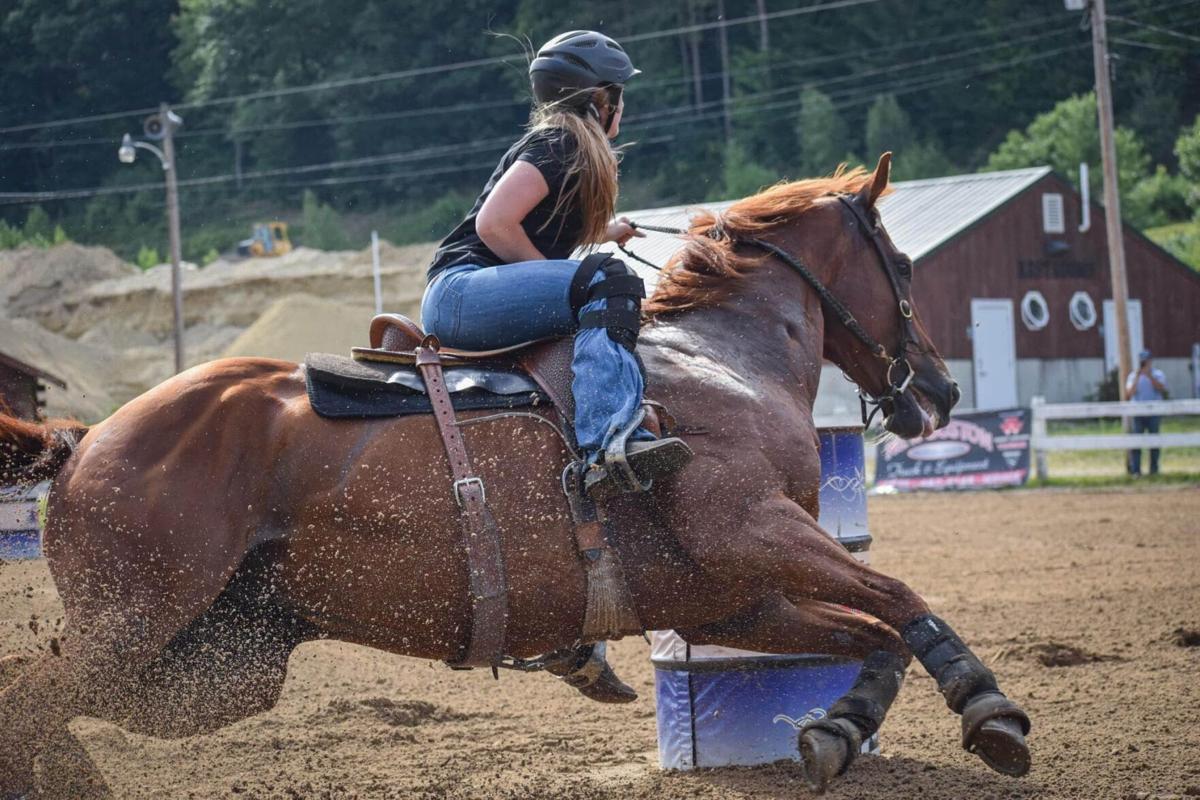 Cassidy Superneau and Hank exhibit the speed, skill, and strength needed to round a barrel during a race in New Boston, NH, this weekend. 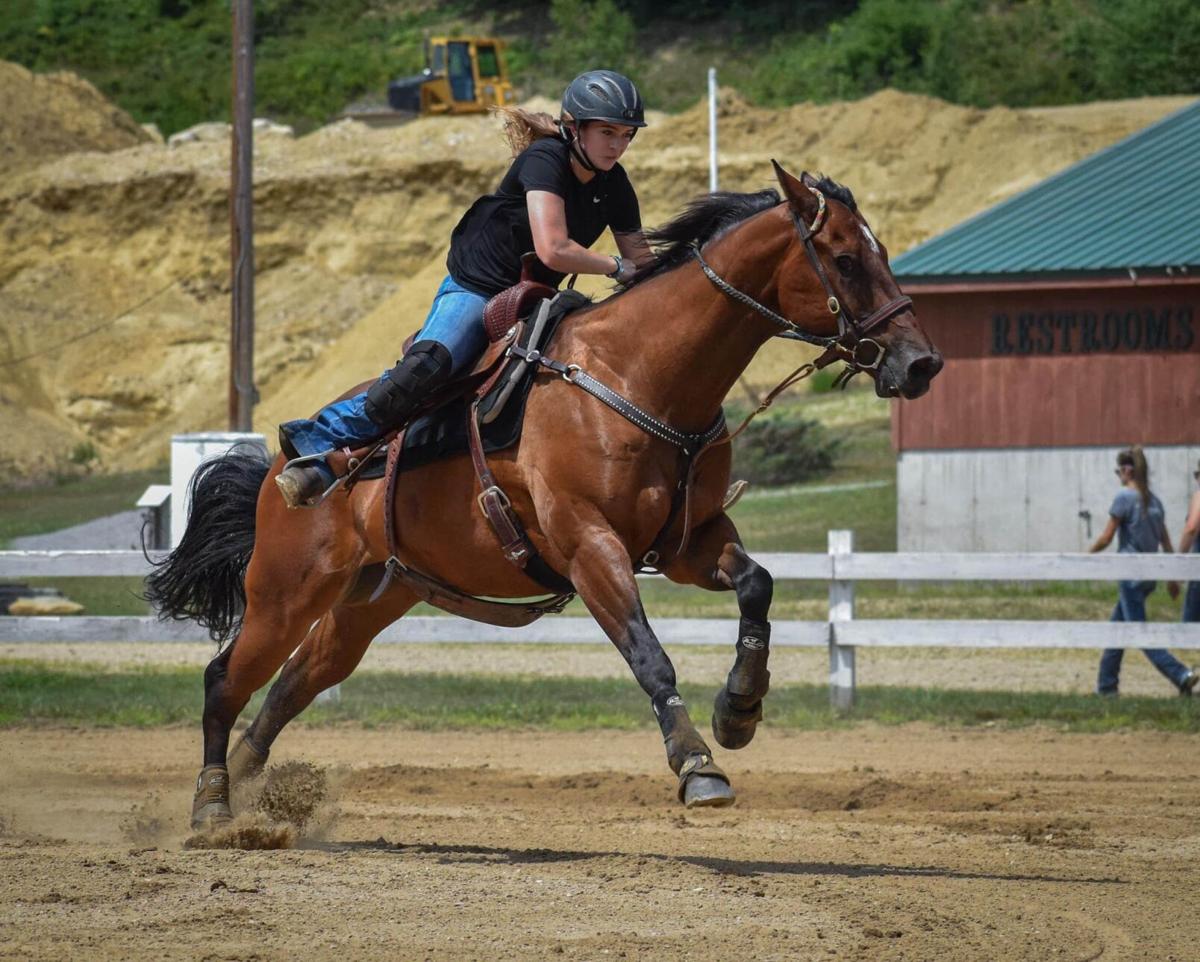 Cassidy and Hank charge toward the barrels in one of last weekend’s races in New Boston, NH. 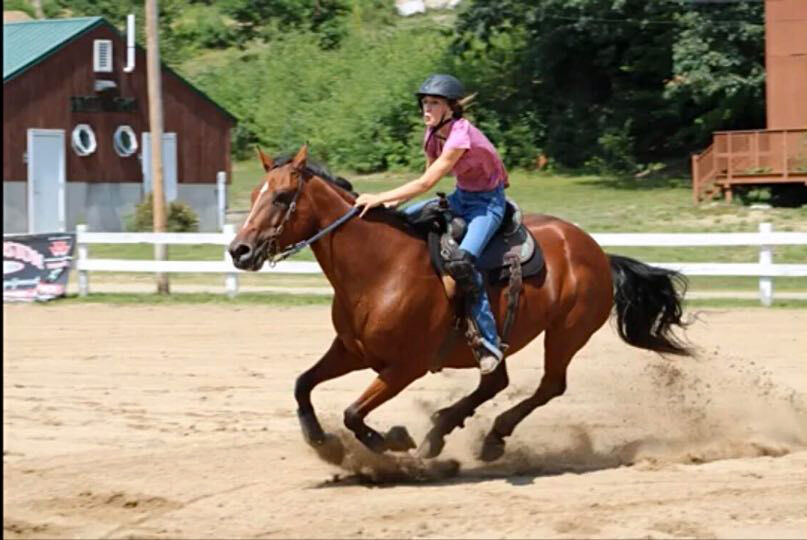 Cassidy Superneau and Hank exhibit the speed, skill, and strength needed to round a barrel during a race in New Boston, NH, this weekend.

Cassidy and Hank charge toward the barrels in one of last weekend’s races in New Boston, NH.

NEW BOSTON, NH — The Ridgefield Ranch riders Cassidy and Paige Superneau competed at the New Boston Fairgrounds in New Hampshire over the weekend.

The girls were among 60 riders present for the National Barrel Horse Association event, and Cassidy, who’s been riding well, left her mark on the event.

Cassidy placed fourth in the Open 1 Division and first in the Youth 1 Division with her horse Famous Hank (Hank).

Cassidy placed first in the Open 3 Division and second in the Youth 2 Division with Run On To Win (Honor).

In the second race, Cassidy placed first in the 1D for Open and Youth riding Hank, and fourth in the Open 1D, and first in the Youth 2D with Honor.

“I had amazing runs all day with no knocked barrels, but the biggest highlight of the day was when I ran the new arena record on Famous Hank with a 14.725,” said Cassidy.

“I think it might have been one of the best runs I’ve ever done with him. I couldn’t have been any happier with how both of them performed, and I’m looking forward to next weekend at the Essex Fairgrounds!”

“I had good runs in both shows but had some mistakes that cost me some time,” said Paige.

“I’ve got some work to do before I go to Essex this weekend.”

The girls will travel to Essex Fairgrounds on Friday, July 31st for a 7 pm race start and compete again on Saturday the August 1st for a 10:00 event start.

“Many people think this stuff only happens in Texas,” said Bill Superneau, father of Cassidy and Paige and NBHA Vermont State Director.

“Participating in this sport has increased the girls’ level of competition and intensity at every level, even in their high school sports. They’ve competed against girls from all over the country and around the world.”

The GMBA will be hosting another event at the Champlain Valley Exposition on August 14th ad 15th. Superneau welcomed new riders and non-members to take part.