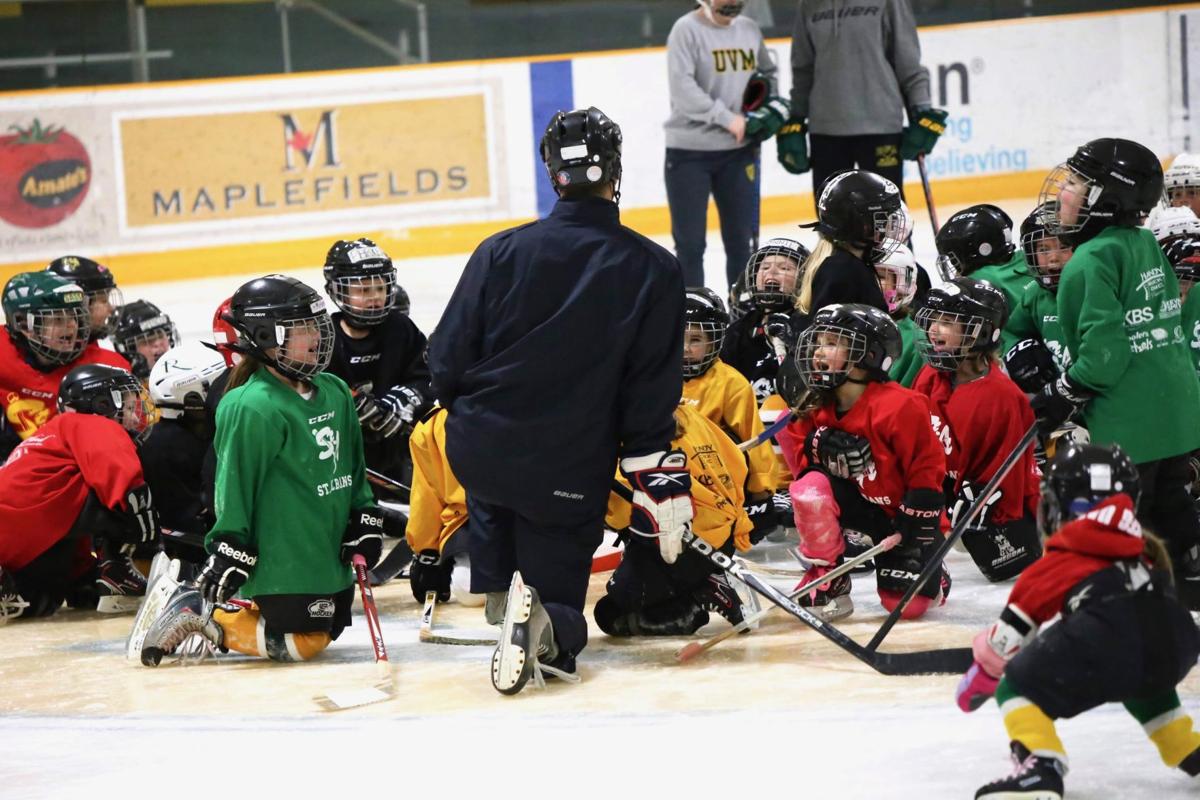 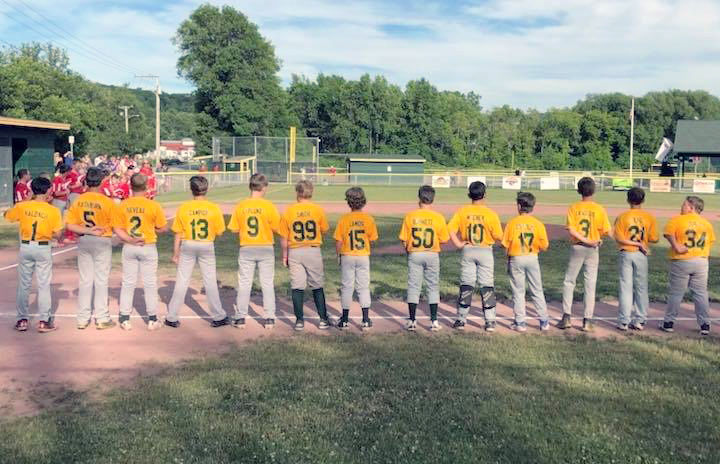 Little League baseball players line up for the anthem. 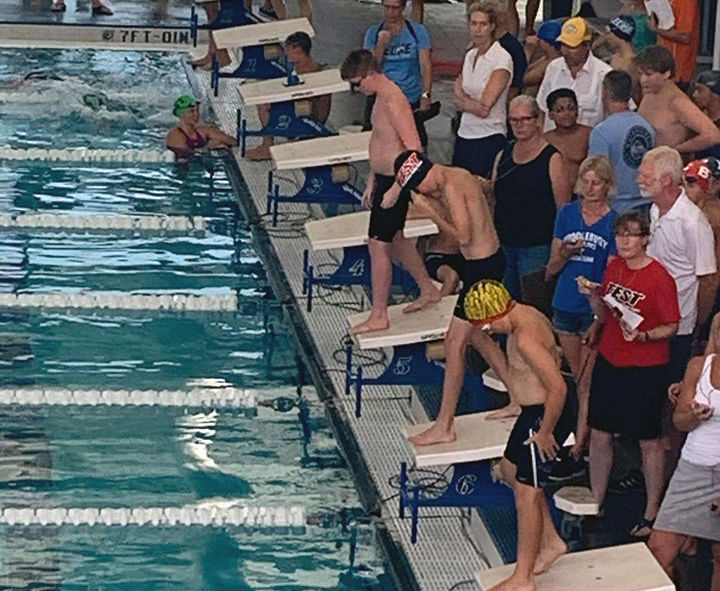 Members of the Sharks swim team prepare for a race during the 2019 season. 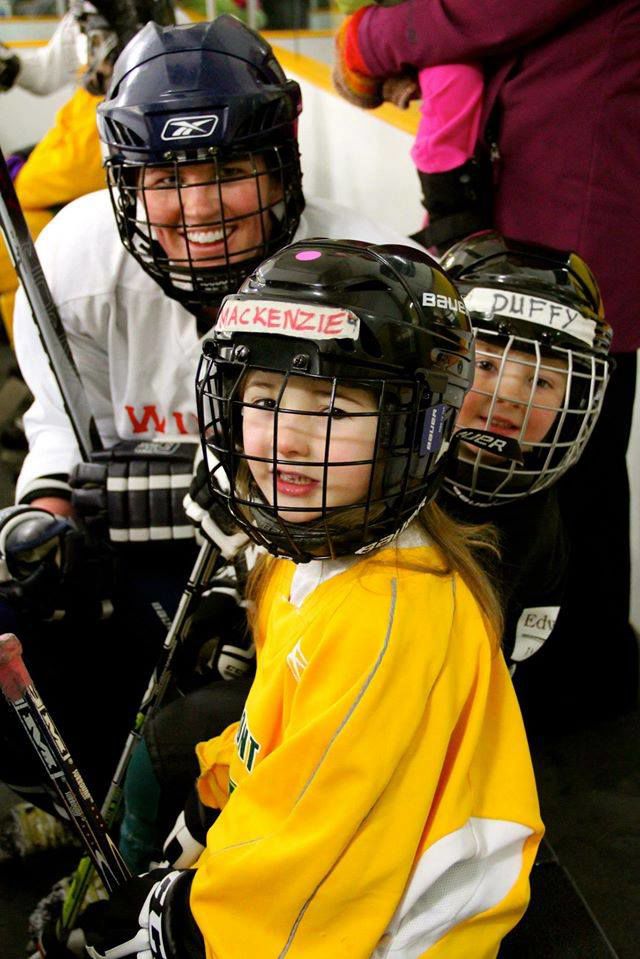 Mackenzie and Duffy Smith pose for a photo early in their hockey years. 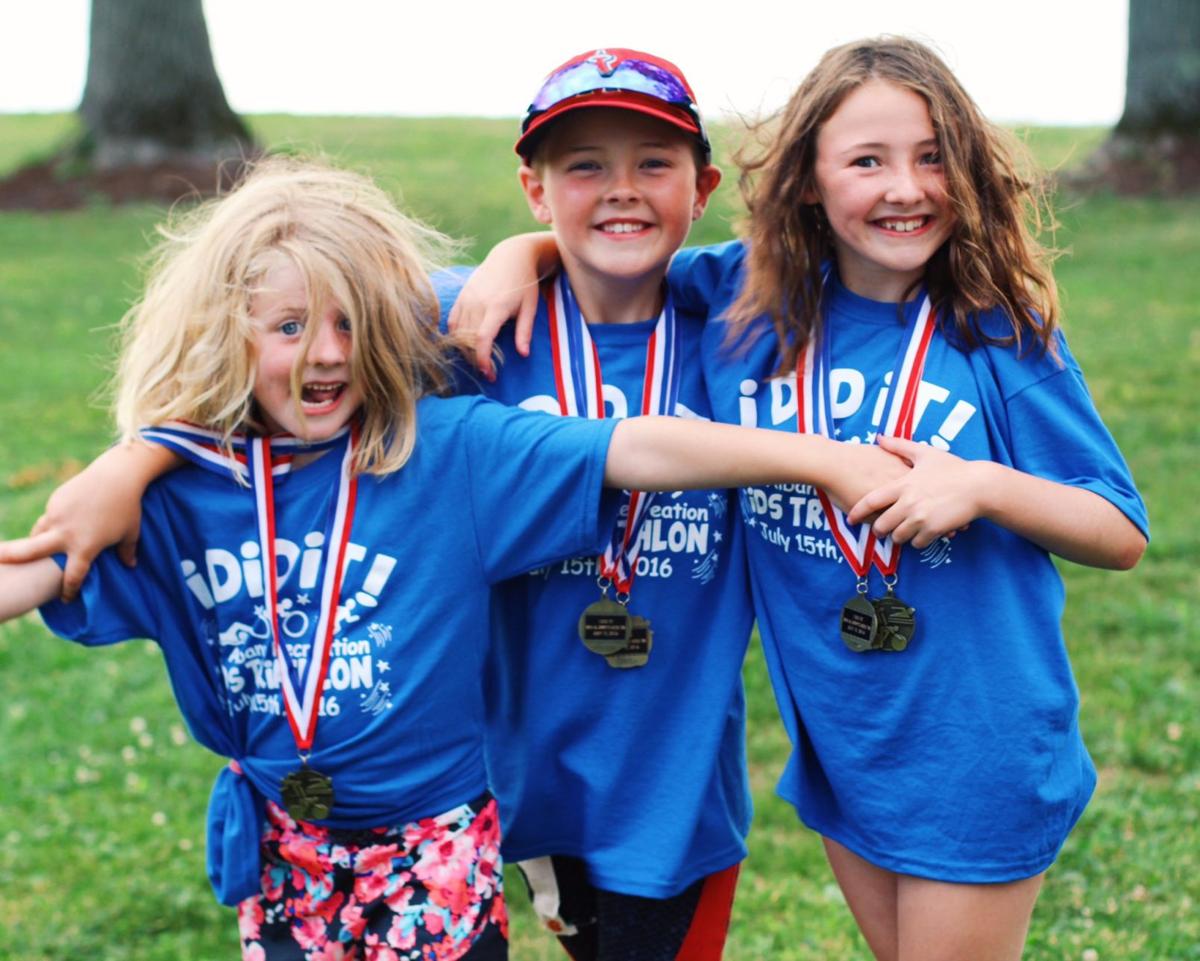 Smith’s children pose for a photo after participating in the St. Albans Recreation Department’s Kids Triathlon.

Little League baseball players line up for the anthem.

Members of the Sharks swim team prepare for a race during the 2019 season.

Mackenzie and Duffy Smith pose for a photo early in their hockey years.

Smith’s children pose for a photo after participating in the St. Albans Recreation Department’s Kids Triathlon.

ST. ALBANS — Long before he became the mayor of St. Albans, Tim Smith was investing in the lives of youngsters in the community.

A coach himself, Smith knows the valuable role athletics play in the lives of young people.

“All these coaches do things outside of the regular season to be successful, and they all nurture the athletes and encourage them to move forward. These coaches want every child to succeed.”

A parent himself, Smith has enjoyed watching his children embrace the different aspects of athletics.

“My 13-year-old loves the social aspect and camaraderie on her teams. You give my 11-year-old a ball, and he’s happy, and the youngest (9) is just getting into sports,” said Smith.

“They’ve all learned lessons about what it takes to get more playing time, to be a good teammate, and to respect their coaches.”

Lessons learned in sports can last a lifetime; so can the relationships.

“I managed the Bobwhite hockey team for three years in high school. I can tell you everyone on every team, and I interact with many of them to this day.”

Smith reflected on his niece, Maureen McGinn, who played at BFA St. Albans.

“Maureen was a top pitcher for the Comets’ softball team. She went 16-0 and won a state title. In basketball, the team was lucky if they won three games in a season,” said Smith.

“She learned a lot in both sports and never quit basketball. There’s a lot to learn in wins and losses.”

Smith served as the St. Albans Recreation director for nine years. That experience furthered his belief in the value of athletics in the lives of children.

“Everything we do as coaches on the youth sports level reinforces what teachers are trying to do in the classroom,” said Smith.

“Individual support, teamwork, and work ethic are all encouraged in youth sports. Every kid that participates in these programs will add value to the classroom and the community with the lessons they learn in athletics.”

Smith hopes the cost of equipment and player fees won’t deter a child from taking part in a sport.

“If you have kids who can’t afford the equipment, let us know, and we will find the money for them to participate.”

Smith shared a recent story to illustrate the value of making athletics affordable for kids.

One of his children had a classmate who signed up for baseball but didn’t know if his family could afford the fee to play.

“This child throws every day and brings his glove with him to school,” explained Smith. “He ended up playing, and he was the top kid in Little League and made the all-star team.”

The investment in one child has the power to create a path that will lead to success athletically and academically.

“He will probably play through high school and have influence and support all the way through.”

The fate of youth sports for the spring and summer of 2020 is still up in the air, but Smith is brainstorming ways to help expand participation in the future.

He’d like to see youth programs set up tables on Activity Nights at local schools so parents can explore the activities offered and the scholarships available to those who need them.

“It’s not always easy to make it work as a parent, especially with multiple kids, but it reaps benefits, and there’s a lot of support in the community,” said Smith.

“If you can’t get to Fairfield for a Little League game, there’s usually someone who can help out. The camaraderie among parents is huge.”

Smith has first-hand experience working with young athletes. He began coaching with SASA when he was 23 years old, and he was foundational with the Young Blades program, where he coached for 25 years.

“Young Blades began in ‘87 or ‘88 as an initiation program through USA Hockey. Mark McGinn (who was on the USA Hockey board), Eddie Leahy, Frank Calano, and I ran it.

“The numbers change all the time, but we’ve concluded that we need 100 kids in that program to maintain good numbers in SASA.

“Of today’s BFA teams, 95 percent of the athletes went through Young Blades. It’s especially been a success point for the BFA girls’ varsity hockey team.”

Smith chuckled as he recalled his years with the Young Blades.

“I enjoyed seeing the progress every time the kids stepped on the ice. I’d tell parents it was chaos in the beginning, but I loved the joy on the kids’ faces when they could skate on their own.”

Smith handed the reigns to Ben Driver and Eddie Sargent two years ago.

“I coached them both in Young Blades years ago, and they see the value for the kids. I think it’s one of the best programs going.”

As the frosty grip of winter loosens, kids usually trade pucks and basketballs for bats and cleats, but this year may be different as fears of COVID-19 delay many activities.

According to Smith, Little League National has postponed everything until May 11th.

“My suggestion to the local president was to do games even if we can’t do All-Stars this year. I’d like to see us play games throughout the summer.”

“If you want your kid to have a great experience, to learn to be a good swimmer, and learn life long skills, that’s the place to be,” said Smith.

“My son couldn’t swim 15 feet when he started, but by the end of the season, he was competing in a 50-yard race.”

Smith hopes many kids will take part in whatever activities and options open up in the summer months.

“We need to educate kids about what’s available in the local area. Every time you touch a kid during the day, you leave an impact in their life, and that’s a big deal.”