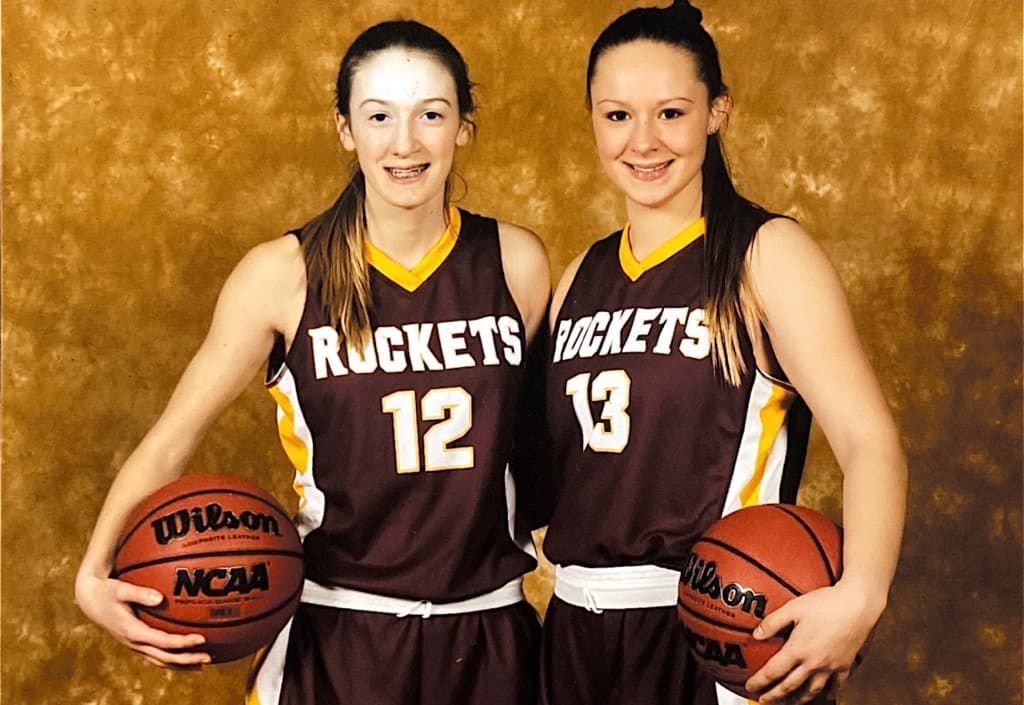 Carly and Austin Archambault played the 2019-2020 basketball season together. 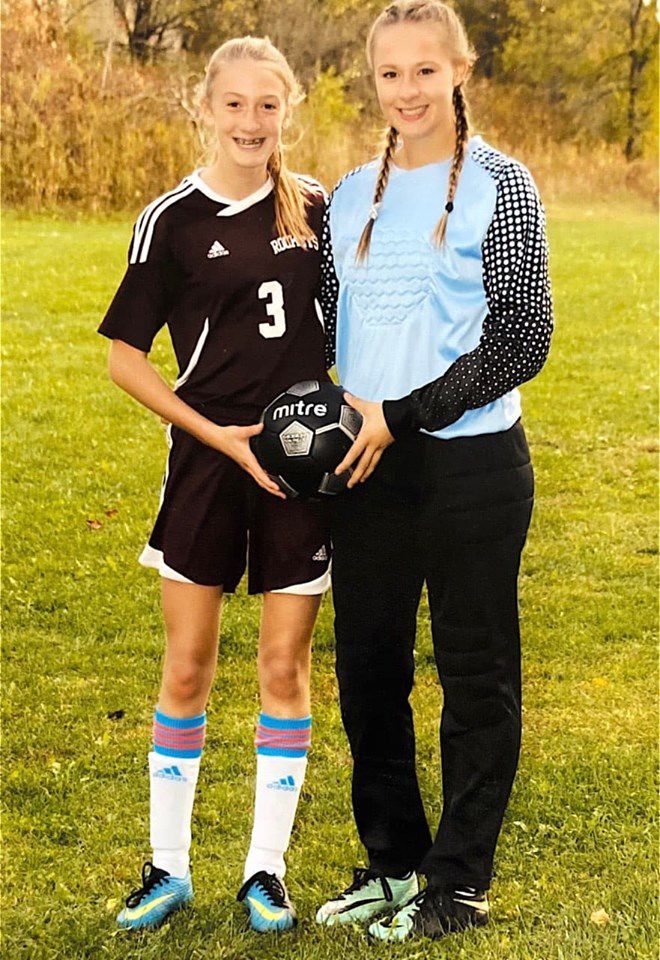 Carly and Austin Archambault spent two varsity seasons together on the soccer field. 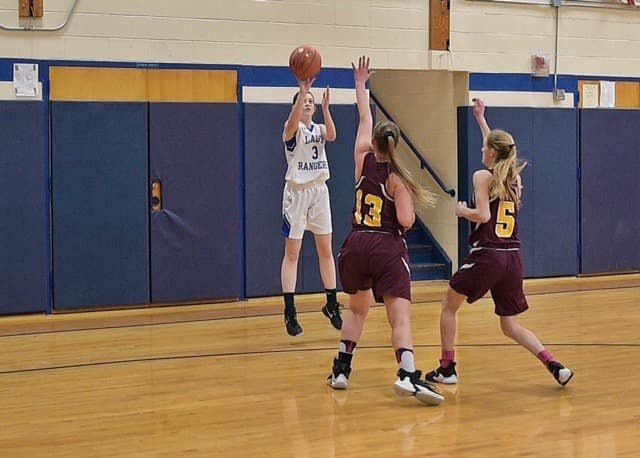 Austin (13) and Carly (5) work to guard a Lake Region player during this year’s basketball season.

Carly and Austin Archambault played the 2019-2020 basketball season together.

Carly and Austin Archambault spent two varsity seasons together on the soccer field.

Austin (13) and Carly (5) work to guard a Lake Region player during this year’s basketball season.

RICHFORD — Austin and Carly Archambault played their final season together this winter on the Richford Rockets basketball team.

Sharing a house, a school, and a court might be stressful to some, but for the Archambault sisters, it was another chance to build lifelong bonds.

Austin, a senior, and Carly, a sophomore, had not overlapped on athletic teams before the varsity soccer season last year.

“I remember being the freshman and being a little bit intimidated watching the older girls,” said Austin. “When Carly was one of the younger girls, I knew she was looking to me for reassurance.”

Carly readily agreed, “Every time I’d do something, I’d look at her!”

The girls also agreed that they had the power to bring out the best in each other.

“You push each other harder than you’d push someone else,” said Austin. “I liked watching Carly grow and gain confidence over the last couple of years.”

“No matter what team Austin is on, she’s always trying to improve herself and the team,” said Carly. “She was a team captain in soccer, and she was the voice of the team. It was cool looking up to her.”

The girls reflected on some of their favorite moments together this year. For Austin, it was the basketball playoff game against Proctor.

“In that game, Carly stepped up and scored the most points she had all year. I saw her come out of her comfort zone and into the sport more than I’ve ever seen her,” said Austin.

“It was cool because it was the last time we’d play together, and it showed that she was ready to go it on her own.”

“There were certain games I knew things weren’t going her way as a goalie, and she never gave up. She always gave her best!

The girls also reflected on the quarterfinal win and the semifinal game in soccer.

“I will never forget the quarterfinal against Chelsea. We were all jumping and screaming after the win!” said Austin.

“The team clicked so well together. Practices were so much fun, and everyone wanted to be there. We were having a good season, so that helped.”

Austin loved the pressure and quick decision making required to play in goal, a position she didn’t start playing until her freshman year in high school.

“We were losing to Lake Region by four, and the coaches sent me into goal. I had never even practiced in that position, but I ended up really loving it.

“I’ve always had more confidence in soccer, and I’m always trying to improve in basketball. I feel like I was starting to be where I wanted to be at the end of this basketball season; I was feeling comfortable and confident.”

Tim Lagasse coached both the girls this year, the first time they’d been together on the basketball team.

“It’s always fun when you get to see the different individuals they are even though they’re siblings,” said Lagasse.

“Austin’s developed so much as a player and a person over the last four years. She got the Coach’s Award this year, and award I give to the person who works hard and represents the team well. Austin’s a girl who never gives up.”

Austin’s excellence reaches beyond the fields and the courts. Lagasse noted that she was the 2020 recipient of the University of Vermont’s Green and Gold Scholarship.

This was Lagasse’s first year with Carly.

“Carly is very energetic and upbeat,” said Lagasse. “She got ‘Green Player of the Year.’ She’s always positive--on the court, the bench, and in practice. She’s a lot of fun and a great girl to coach.”

Lagasse explained the ‘Green Player’ and ‘Red Player’ concept he started with the girls this year.

“It’s all about staying positive, and it went along with our Team visit with Holly Patterson,” said Lagasse, referencing the October motivational visit with one of Richford’s basketball legends.

Lagasse did an exercise where he had the girls list the qualities they thought best exemplified a ‘Green Player.’

“They all mentioned hard work, determination, and staying positive. They did the same for the Red Player, talking about the opposite qualities.

“I gave them the power to tell me what they thought made a ‘Green Player.’ We talked about it all year long--staying in the Green and keeping your teammates in the Green.”

Looking back at the seasons the girls have shared, it’s easy to see plenty of ‘Green’ in the siblings’ game.

The girls recounted shared joys: Carly scoring her first goal against MVU last fall in the under the lights game, or Austin receiving congratulations during her first season in net from a Sharon player who was nearing her 100th goal.

Equally touching moments were shared as Carly spoke with great concern of the time she watched Austin take a kick to the face while in goal during her junior season.

“They are both competitive, but there’s no conflict. They are very supportive and encouraging of each other, on the court and off the court.

“They have a great relationship, and you can really see that. Austin looks after Carly, and Carly really looks up to her. It’s fun to see the dynamic between the sisters.”