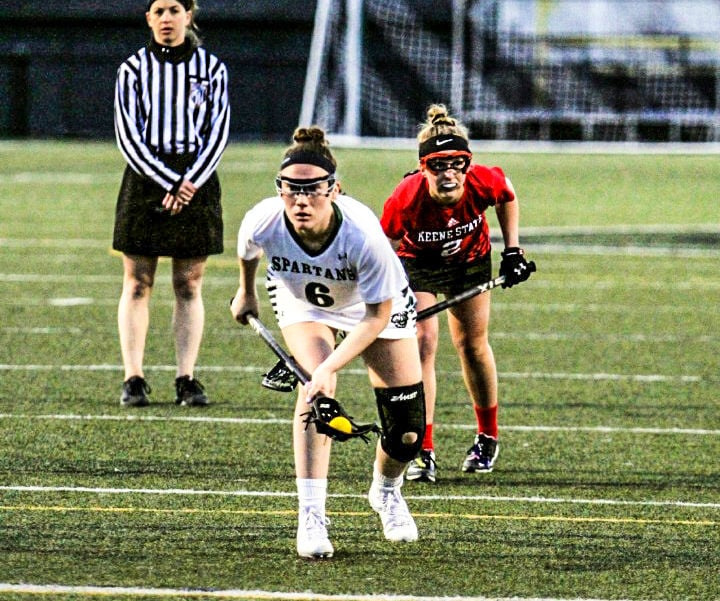 Erin Shuttle prepares for a play against Keene State. 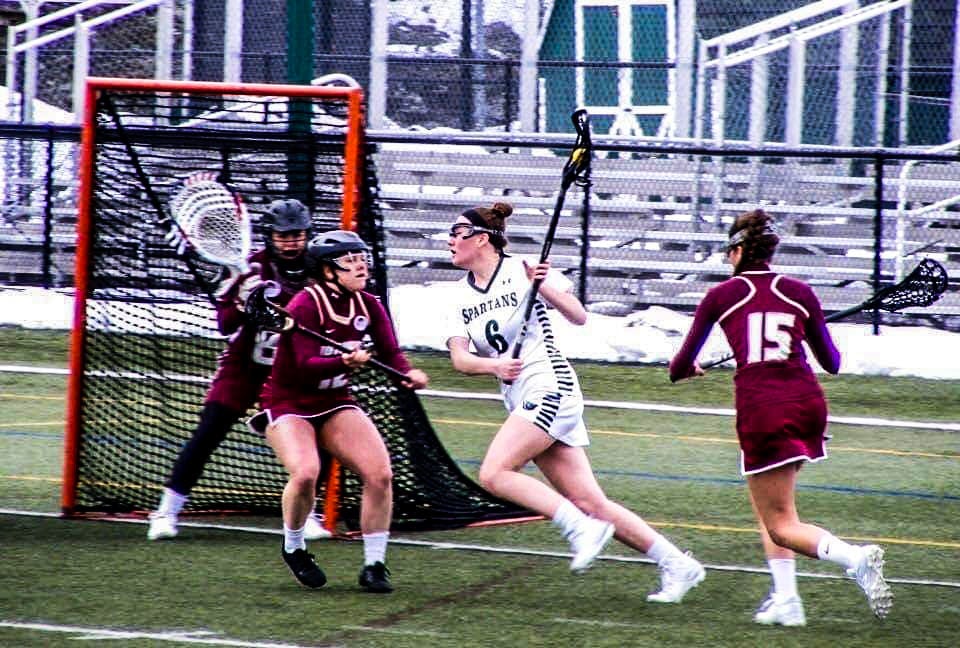 Erin Shuttle rushes past defenders in a game with the Castleton Spartans. 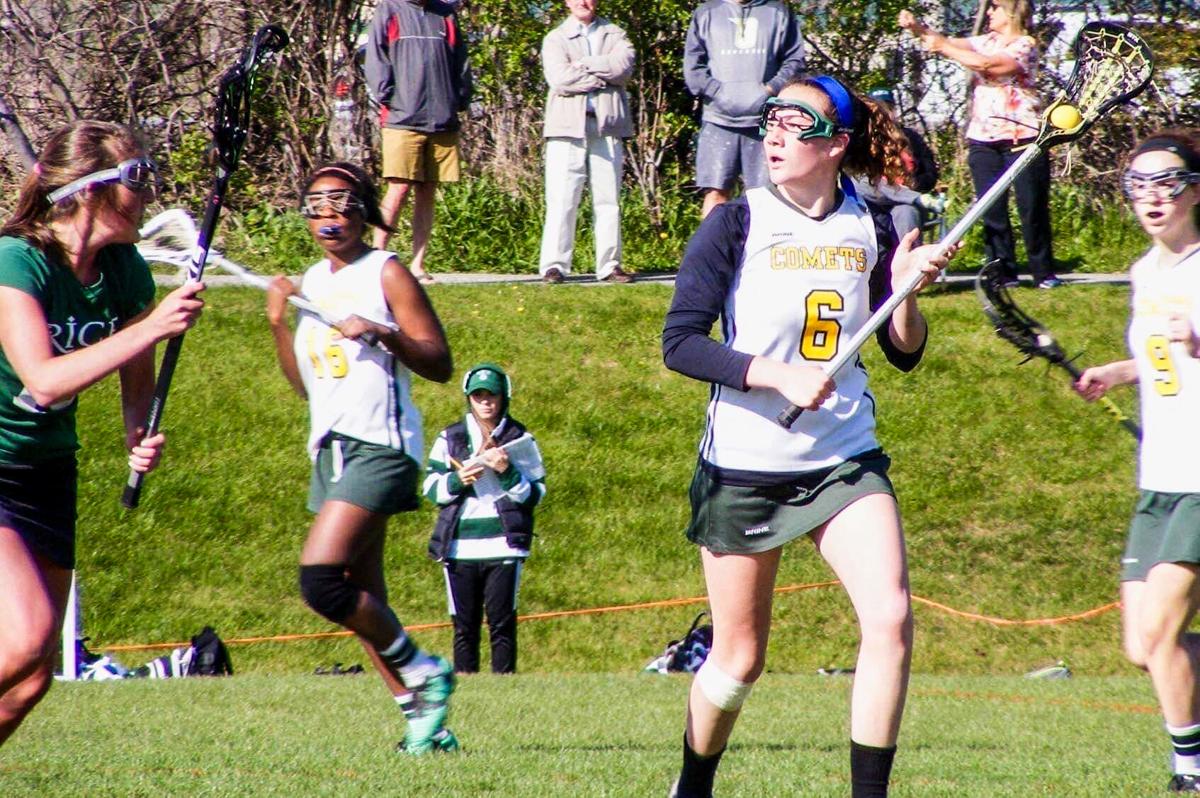 Erin Shuttle, number 6, on the field with her Comet teammates in high school. 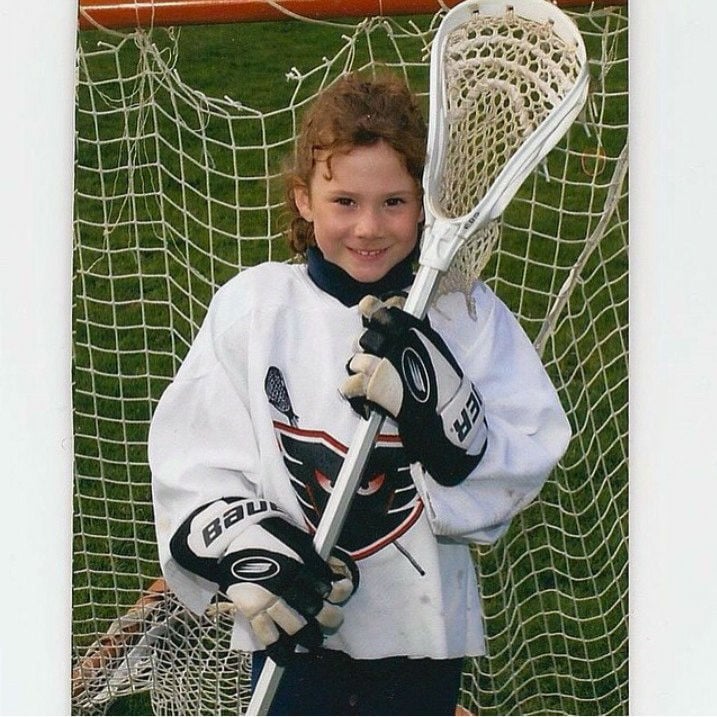 Erin Shuttle as a youth player. 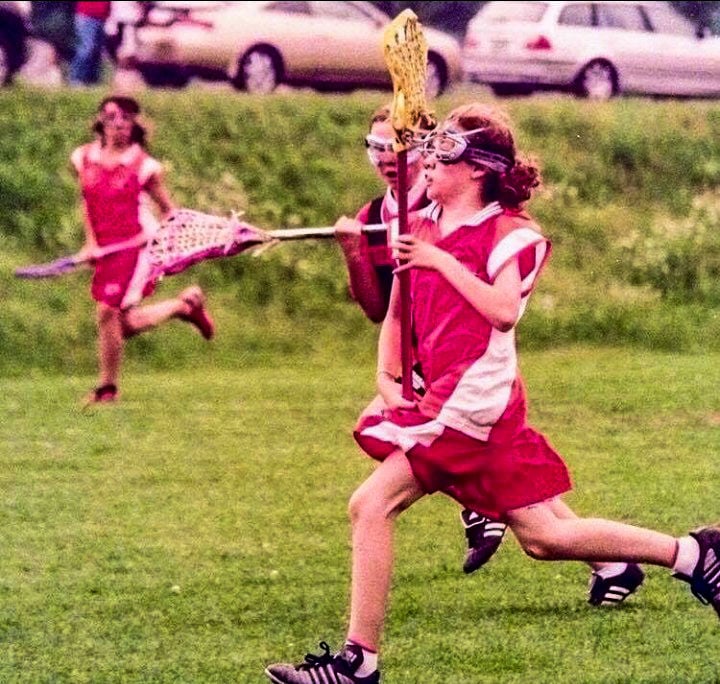 Erin Shuttle on the field in her youth lacrosse days. 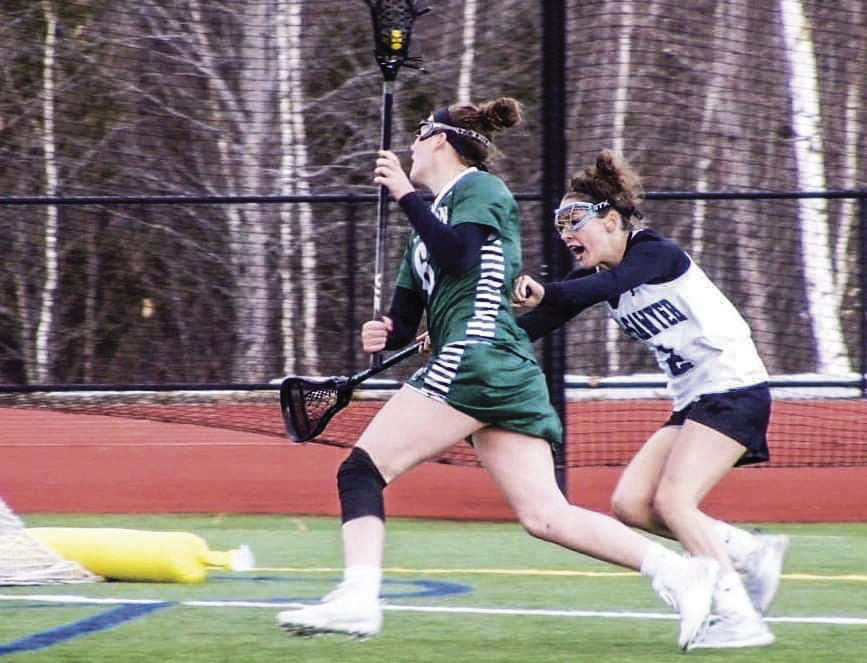 Erin Shuttle, in green, competes on the field.

Erin Shuttle prepares for a play against Keene State.

Erin Shuttle rushes past defenders in a game with the Castleton Spartans.

Erin Shuttle, number 6, on the field with her Comet teammates in high school.

Erin Shuttle as a youth player.

Erin Shuttle on the field in her youth lacrosse days.

Erin Shuttle, in green, competes on the field.

GEORGIA — Athletes face challenges when they opt to compete at the college level, and Erin Shuttle was no exception.

“It’s hard to get used to a coach every year and learn their personality, but good teammates make it easier.”

As a member of the Comet hockey team, Shuttle played for Luke Cioffi and Jeff Rouleau, coaches who’ve led the program for 20 years.

“All my BFA coaches wanted to equip us for college, and what they taught helped me at Castleton. Our Comet hockey coaches hammered home things that helped me step up my level of play,” explained Shuttle.

“They are really good at teaching the value of hard work and making sure you know that it will help you in the future. They also encourage you to be vocal and confident.

“As an upperclassman in high school, I learned that being vocal can be a big help or harm. I learned to know when to speak and when to listen.

“When I was named a captain as a senior in high school, I took what I had learned from watching the captains my junior year and put that into practice.

“As a leader on the Castleton lacrosse team, that helped me know when to talk and when to listen. It’s all about taking in what others are saying and hearing them.”

Playing for BFA also allowed Shuttle to see the depth of appreciation her hometown had for athletics.

“The community in Franklin County is a huge part of high school sports. I miss the Comet hockey community. I was able to play in the 20th-anniversary game this winter,” said Shuttle.

“So many people came out to watch, and talking with the girls who played before me was awesome. It’s something you can take with you for the rest of your life!”

While Shuttle learned from all of her lacrosse coaches, she especially enjoyed playing for Josh Dionne, who led the team her senior season.

“When we found out he was going to be our coach, I was shocked because of where he was coming from before.”

A graduate of Duke University, Dionne spent two seasons as an assistant for the University of North Carolina women’s lacrosse team, helping to lead them to a national semifinal and two ACC regular-season Tournament Championships.

As a college player, Dionne was drafted following his senior year with the Blue Devils, an 18th overall pick in the Major League Lacrosse draft.

He was a two-time USILA All-America Honorable Mention and helped guide Duke to a pair of National Titles. He was also the eighth all-time leading goal scorer for Duke men’s lacrosse.

“He’s a great coach. He was so caring and charismatic, and he wanted his seniors to have a great season and have fun.

“He knew when we needed a pep talk and when to listen to us. It was clear that he cared about what we thought,” said Shuttle.

“He put all of his efforts into us, and that was very welcoming. I’m sorry the season was cut short, because I know I could have learned from him.”

Balancing a difficult major and a collegiate sport is no easy task.

“Time management was the biggest lesson to learn in college, especially as a nursing student. In high school, you can crank out homework and study for exams,” said Shuttle.

“I had to learn to schedule my time and use it wisely. I also scheduled free time, so I didn’t crack under pressure.”

The abrupt end to the school year, and the national health crisis was tough on college athletes. For Shuttle, it brought added challenges.

Nursing students are being offered early licensure to get them into the workforce at a time when their skills are desperately needed.

Traditionally, nursing students would take their NCLEX tests before graduation and after completing their Capstone Clinical.

“It’s a hard decision,” said Shuttle, “and I’m still thinking about it, and I want to make sure I’m prepared before I make a commitment.”

This year, Shuttle had the opportunity to mentor another BFA St. Albans graduate, Lizzie Lumbra.

“Lizzie and I played together in high school, and she’s also a nursing major. I really enjoyed playing with her,” said Shuttle

“She was able to bounce questions off me about nursing. And it was cool to see how much she’s improved as a player; I’m excited for her next three years at Castleton.”

The girls played five games together before COVID-19 concerns canceled the season.

“We had a bit of a slow start, but in the games that didn’t go our way, we never stopped fighting,” said Shuttle. “Coach Dionne encouraged us to work together, solve the little problems, and trust that things would come together.”

Shuttle faced coaching changes and a challenging degree; she was also part of the first Castleton women’s lacrosse team to play in the Little East Conference.

“The competition stepped up last year when we entered the Little East, but we had a core of upperclassmen that could lead the team, and the underclassmen were eager to listen,” said Shuttle.

“In college, if you’re playing a sport, you love it. You can see that right away. Playing with the girls and seeing their passion for the game makes it even more fun,” said Shuttle.

“In college, your teammates become your family, so you learn to lean on them more than you do in high school.”

Shuttle happily recalled one of the games in her collegiate career that stood out. She was a freshman, fighting for playing time.

“We were in the North Atlantic Conference Championship game, and I really wanted to get on the field.

“I ended up going in partway through the first half, and I was pretty excited! We were down a couple of goals, and I was fortunate enough to score seven goals in that game, and we came back to win,” said Shuttle.

“It’s all a blur now, but at the time, I was very excited and shocked. I never expected that. It boosted my confidence for my sophomore year.”

Shuttle can quickly identify lessons she’s learned during her athletic career that will play a crucial role in her nursing career.

“Learning how to work with others is a key to life in general, and learning to play on a team and interact with others will help me as I transition into the medical field.

“Proper and efficient communication is essential in the nursing field; if you don’t do that, you can risk the lives of your patients.”

Shawna and Peter Shuttle, her parents, have been her greatest inspiration.

“They were involved in lacrosse before I was born, and they were a huge part of my playing in college. They coached me when I was younger, and they’ve always cheered me on.

“My mom encouraged me to pursue a career in nursing; I gave it a try, and I’m still running with it.”

Dionne, who was in his first season with the Spartan women’s lacrosse team, had already gained respect for his players.

Athletes like Shuttle were forced into circumstances for which they could never plan.

“Some of my girls went into their field early to help with the COVID-19 effort. I’m proud of the girls, and they are handling this as best they can.”

Dionne recalled the last time the team gathered together.

“The girls just enjoyed our last practice. They wanted one more sprint; they wanted to stay until the last second. Those two hours were really cool.

“I remember hearing at Duke, in my college years, that you never know when you’ll play your last game, and that actually rings true here.”

Dionne only had the fall season and a portion of the spring season with Shuttle, but he’d learned a lot about her as a player and a person.

“Erin was my lynchpin; she kept things together, and she’s very mature. She has a clean and clear mentality. She tells you what she wants and wants to know what you want. She respects people and respects the game,” said Dionne.

“She sets the bar very quickly. I was grateful for her ability, but also her grit, drive, and level of expectations. She’s not one to take shortcuts, and as a new coach, I appreciated that.

“From day one, she was eager to get on the same page, and when she speaks, everyone listens. She’s going to crush being a nurse.”