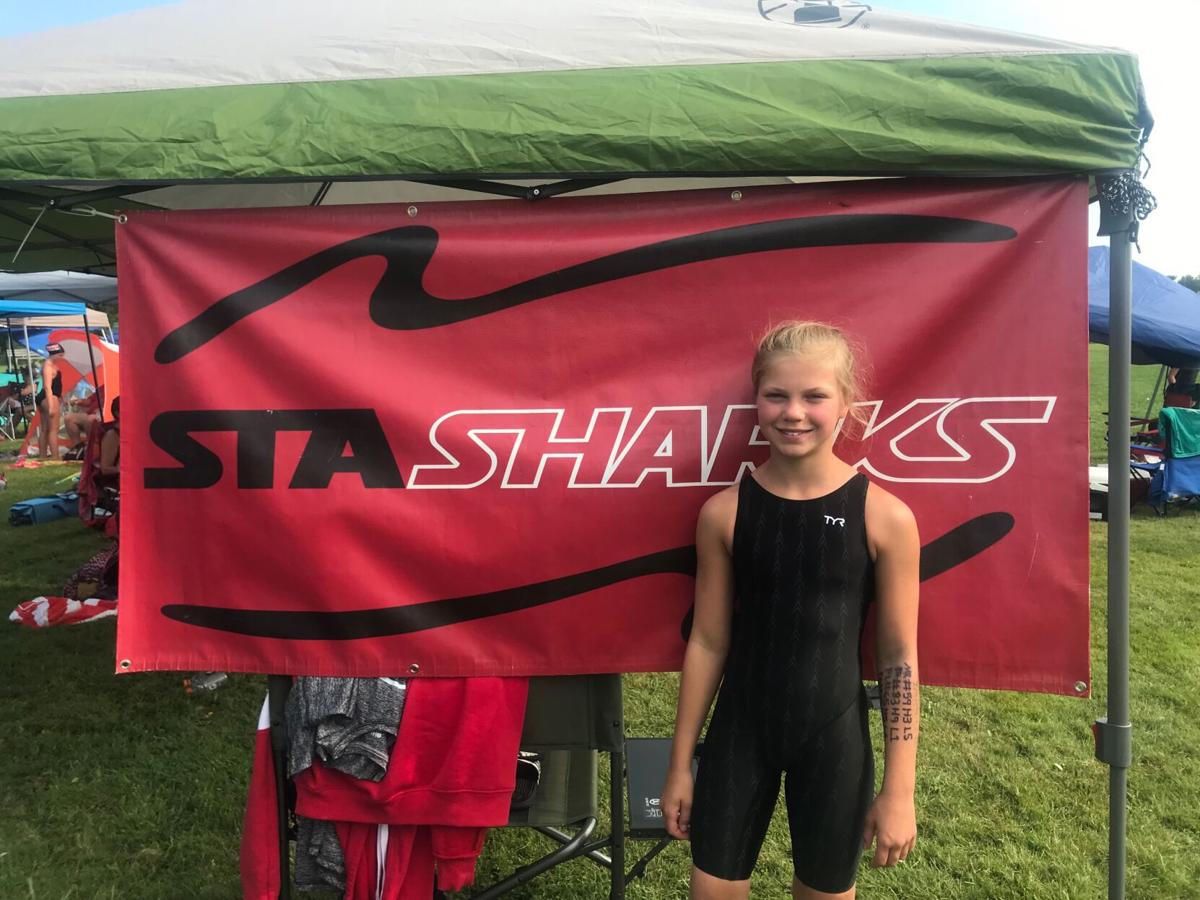 Nora Tatro, Shark of the Week 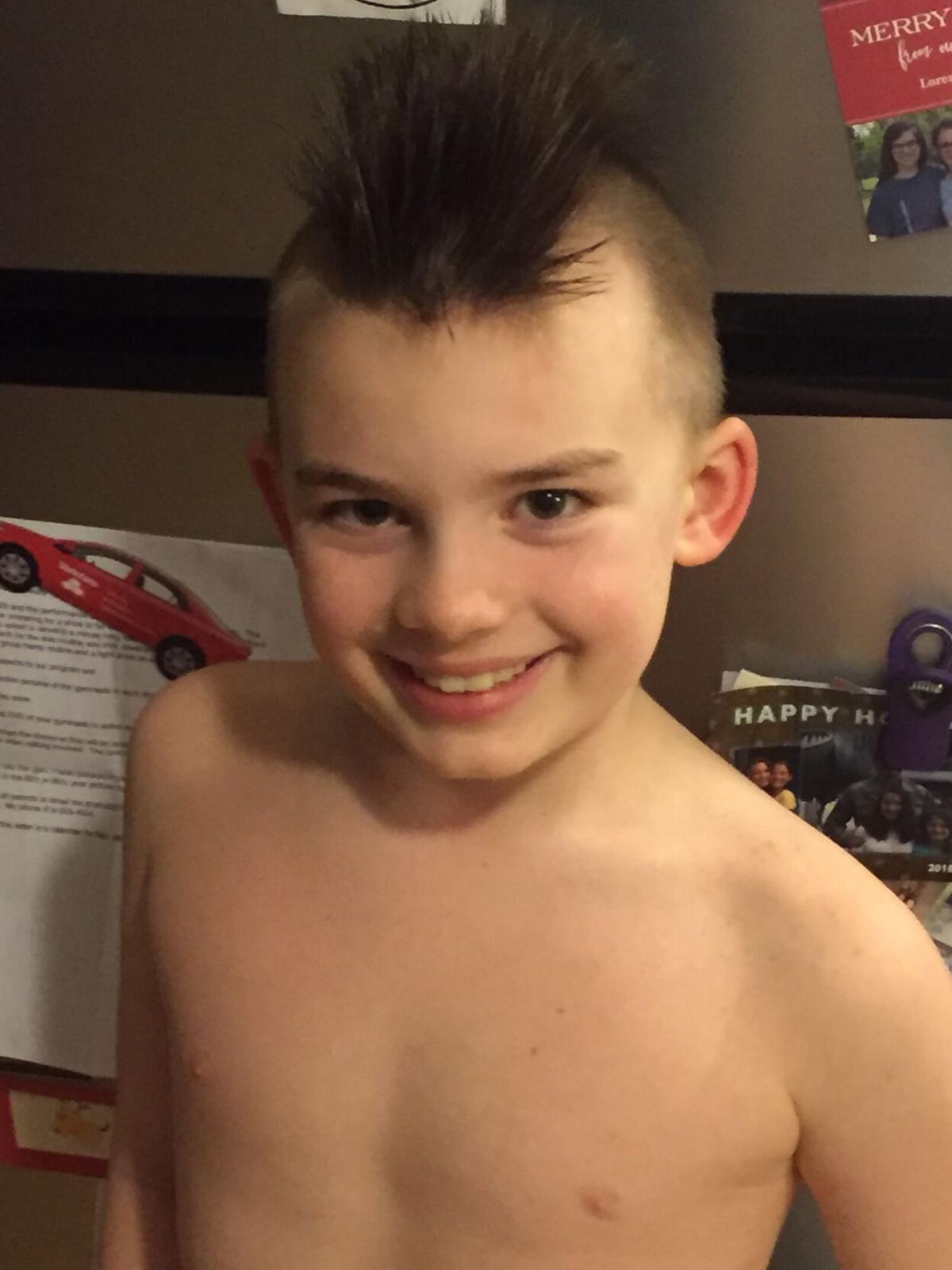 Connor Gosselin, Shark of the Week 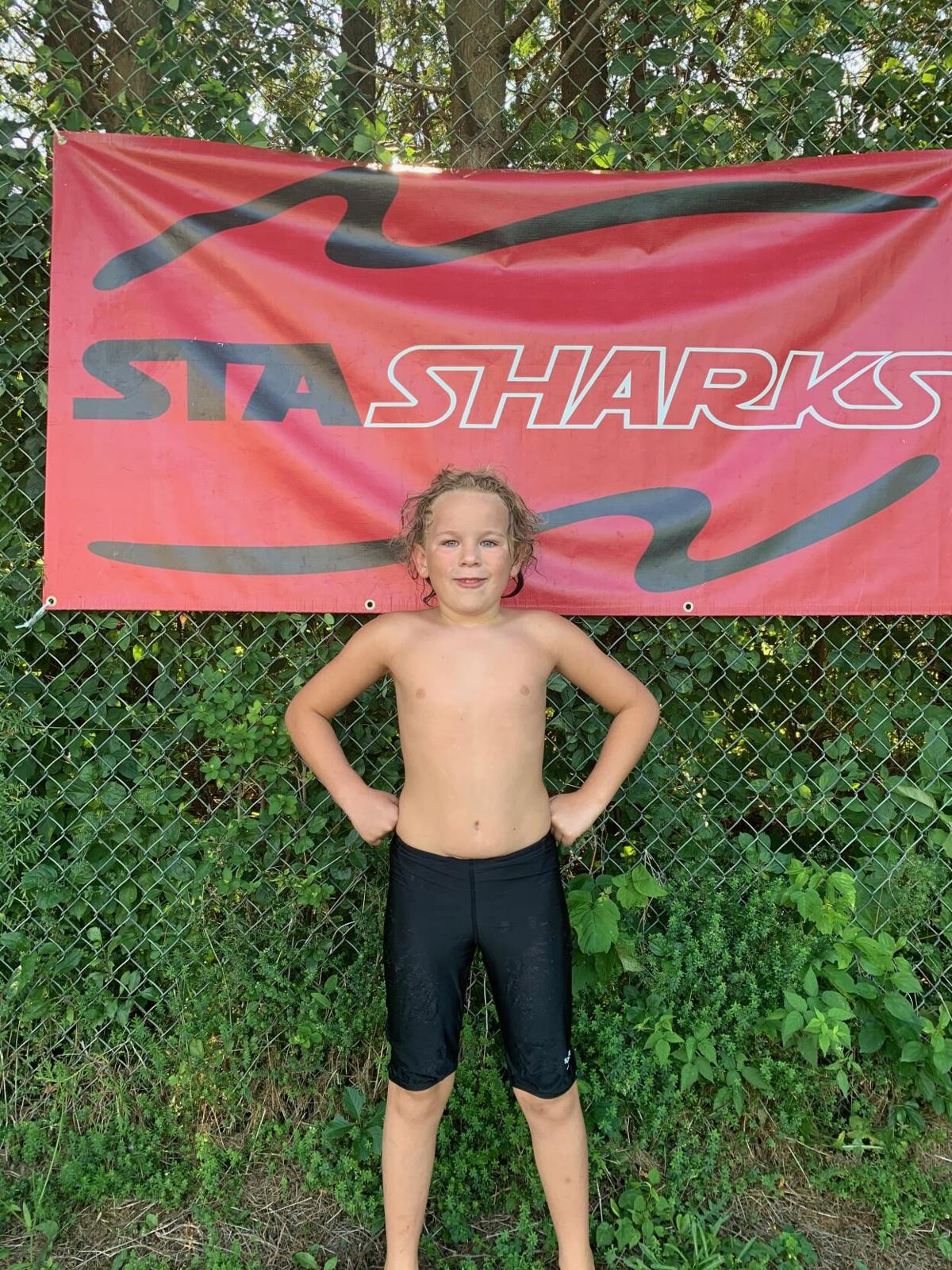 Beckett Nicholls, Shark of the Week 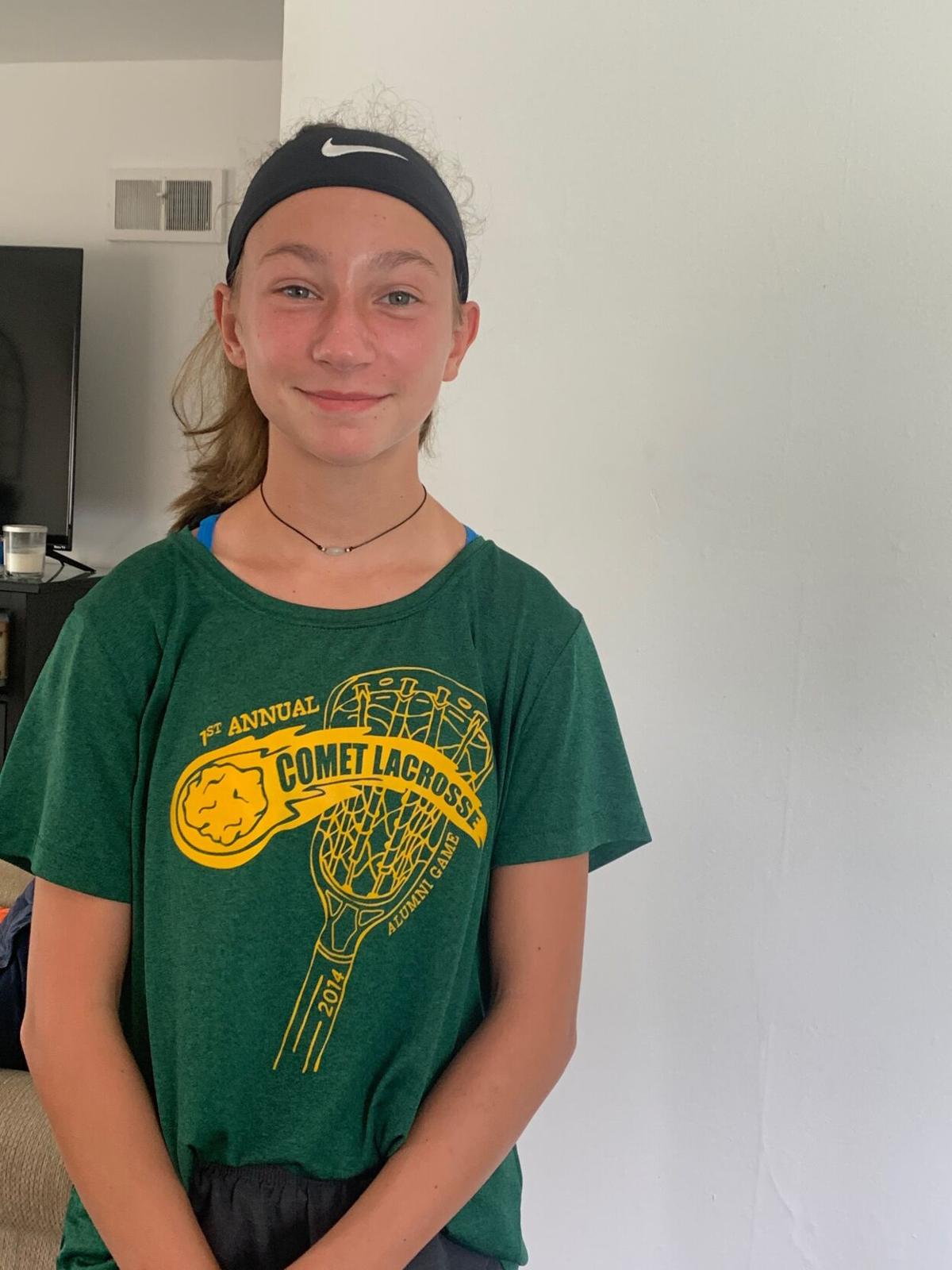 Hannah DePasquale, Shark of the Week 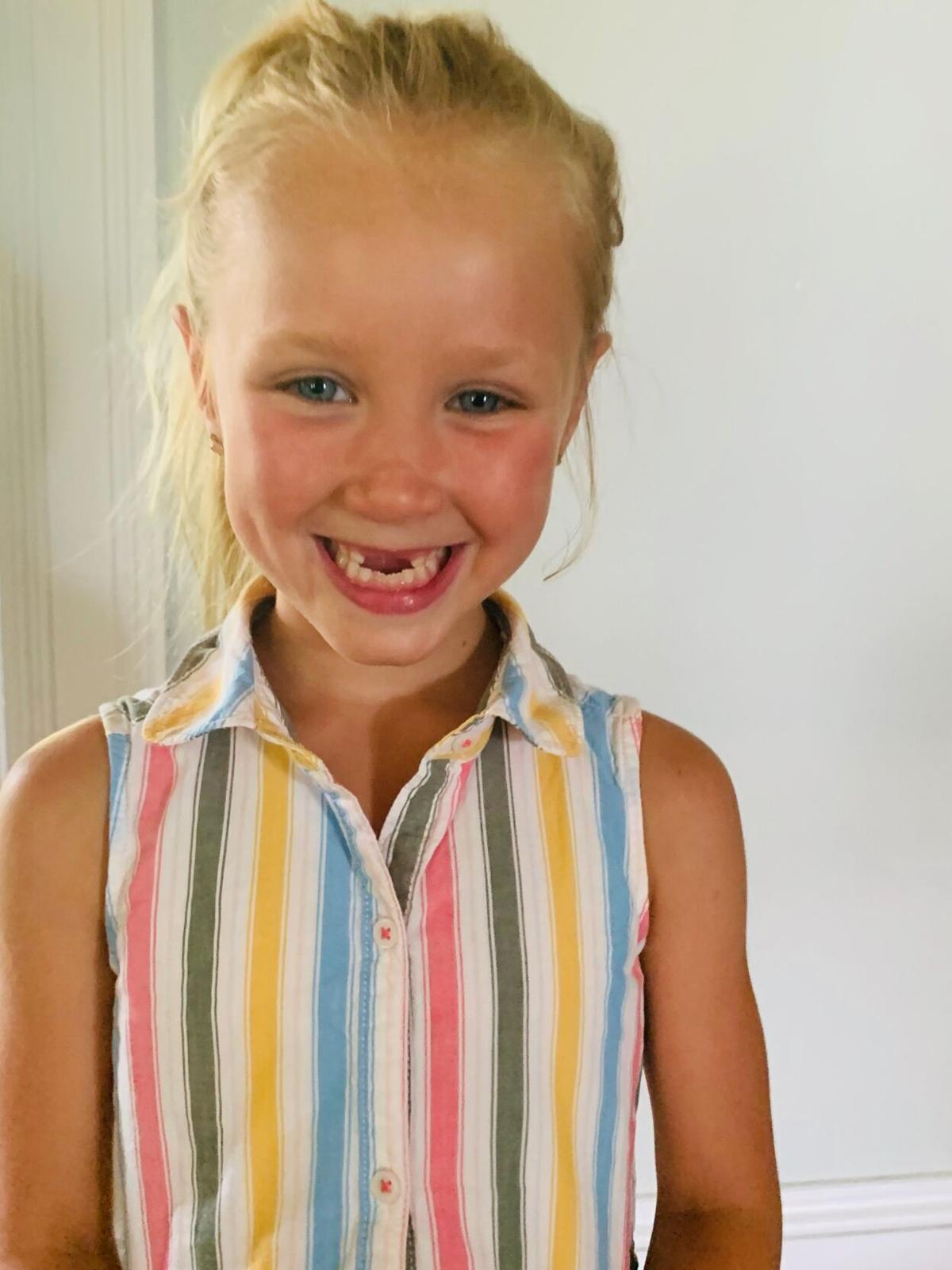 Reid Koldys, Shark of the Week

Nora Tatro, Shark of the Week

Connor Gosselin, Shark of the Week

Beckett Nicholls, Shark of the Week

Hannah DePasquale, Shark of the Week

Reid Koldys, Shark of the Week

“Our swimmers have been working their hardest day in and day out, and this season has gone by fast,” said Sharks’ coach, Tom Koldys.

“Coach Nohea, Coach Dylan, and I could not be more proud of each swimmer’s accomplishments.”

Beckett Nicholls: Since the day he walked onto our pool deck, Beckett has been an attentive, energetic, and conscientious swimmer. What he did this week to set himself apart was simple: he followed his interests and did not back down from the challenge presented.

At the ripe old age of 7, when most of his ten and younger teammates are competing only in 25-yard events, Beckett chose to swim the 25 free, 100 back, 100 breast, and the 200 free at our last Shark Meet.

He even had his eye toward tacking on the 500 free at the end of the meet. Beckett has clearly embraced the concepts of taking healthy risks and managing positive stress.

Nora Tatro: Nora has been a smiley spit-fire since the first moment we met her, and I would imagine anyone who knew her before or has known her since, would say roughly the same thing. Combine this attitude with the not so surprising fact she revealed in her interview questions (loving the adrenaline before competition), and it’s easy to see why she’s had so much success to this point in her career, including three personal bests at our last Shark Meet.

Nora is one of the first in the water each morning, at our earliest practice, and always among the hardest workers (her lane finished a close second in our “infraction” competition a week ago).

Hannah DePasquale: Hannah is new to both our team and the area, having recently moved here from New York. She is a consistently hard worker who quietly, and I do mean quietly, goes about her work sets as best she can on that given day.

Her beautiful strokes are further evidence of her attention to detail and willingness to strive for improvement continually. She specifically set herself apart from other sharks with a three personal best performance in our last Shark Meet, improving in two events (50 back, 50 breast) and successfully completing the 50 fly for the first time.

Connor Gosselin: Connor has been on our team for what seems like an awfully long time for someone who is only 8. Now that statement deserves some clarification. It feels like a long time because he seems to defy physics laws because he’s everywhere, always, all at the same time. Something fun happening? Connor is a part of it. Somebody find a cool bug or another organism in or around the pool? Connor is front and center. A few kids stretch a swim cap to an enormous size and need someone to hop inside? Connor’s there.

So how did this earn him Shark of the Week recognition? This year we’ve also been able to add to the aforementioned list of questions: Someone focusing on their strokes, what the set is, and when they should be going? Connor. Someone putting in extra effort? Connor. Someone ready and willing to help out when and where needed? Connor. He’s been here “forever,” but his presence is now being felt in association with being a model swimmer in addition to being an awesome teammate and person.

Reid Koldys: Reid was selected as Shark of the Week based on her performance throughout the season. Reid’s attention to detail and persistence has helped her develop as a strong 8 & under swimmer.

Within practices, Reid is focused on her task at hand and refuses to give in or cut corners. Her ability to listen to instructions and implement them into her swims is a big factor in her growth as a swimmer and why she has earned the Shark of the Week.

Years have you been in the program: First year

Greatest strength in the pool: My determination

Why did you join swim team?

I loved swimming in New York, and this is a good opportunity to get better.

Could you beat your parents in a race?

I think I could beat my Mom in 50 backstroke and my Dad in 50 freestyle.

Pro-tip: When at practice, always try your best, and don’t be afraid to ask questions.

One thing about swim team that people in our community might not know? Swimming is a great form of exercise.

Your career highlight: Having the opportunity to be on a club team.

Years have you been in the program: 4

Greatest strength in the pool: Having endurance when swimming longer distances.

Why did you join swim team: Swim has always been a part of my life, and I wanted to do more swimming and get better.

Why do you come back? I love the feel of adrenaline right before a race.

Favorite part of practice: Diving off the blocks.

Could you beat your parents in a race? Yes, all of the strokes.

Pro-tip: When doing a flip turn, keep your knees tucked to your chest.

One thing about swim team that people in our community might not know? The water is cold at 7am!

Career highlight: Me and my relay team won states when we were 8 and 10.

Annual Shark Awards earned: When I was 10, I earned the Megalodon award for most points earned during the season. I also earned the Shortfin Mako Award in 2017 for swimming the fastest time in a 25-yard swim.

Years have you been in the program: 4

Greatest strength in the pool: My legs

Why did you join swim team? You get a lot of exercise.

Why do you come back? Because I swim with my cousins.

Favorite part of practice: All of it!

Could you beat your parents in a race? Yes, butterfly, Dad

Pro-tip: Get your arms out of the water.

One thing about swim team that people in our community might not know? It’s fun and work

Years have you been in the program: 2

Greatest strength in the pool: My physical strength

Why did you join swim team? To make friends, have fun, and be a better swimmer.

Why do you come back? It was fun the first year.

Favorite type of shark: Reef Shark because they are dangerous.

Could you beat your parents in a race? Yes, probably both, freestyle.

One thing about swim team that people in our community might not know? That it’s not just about swimming, it’s about having fun and improving yourself.

Annual Shark Awards earned: “The Fastest to Graduate” last year for being the first Catshark in 2019 to advance to Reef Sharks.

(Reid was recognized by Coach Nohea)

Years have you been in the program: 3

Greatest strength in the pool: I’m a hard worker.

Why did you join swim team? Because Daddy’s the coach.

Favorite part of practice: Going off the diving board.

Favorite part of swim team: Going off the diving board!

Could you beat your parents in a race? I could beat my Mommy in breaststroke. I couldn’t beat my Daddy because he’s fast.

Pro-tip: Really reach with your arms during freestyle.

One thing about swim team that people in our community might not know? It’s really fun!

Career highlight? When I got my first heat winner ribbon.

Annual Shark Awards earned: As a “Catshark”, I was given the Cheetah Shark Award because I was so fast! (Coach’s Note: In a non- COVID year, our youngest swimmers who may not be ready for a “normal” practice work in a group called Catsharks after the family of the same name. They are one of the most common sharks but also among the smallest.)