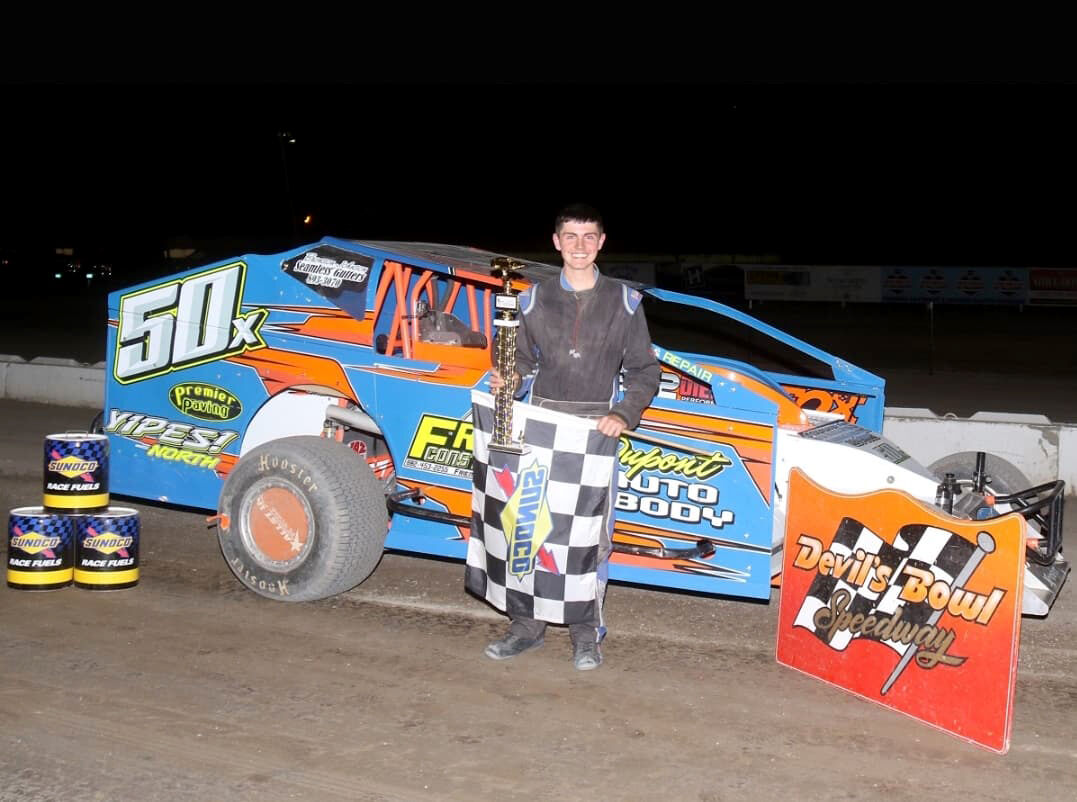 Evan stands by the 50 car with his checkered flag. 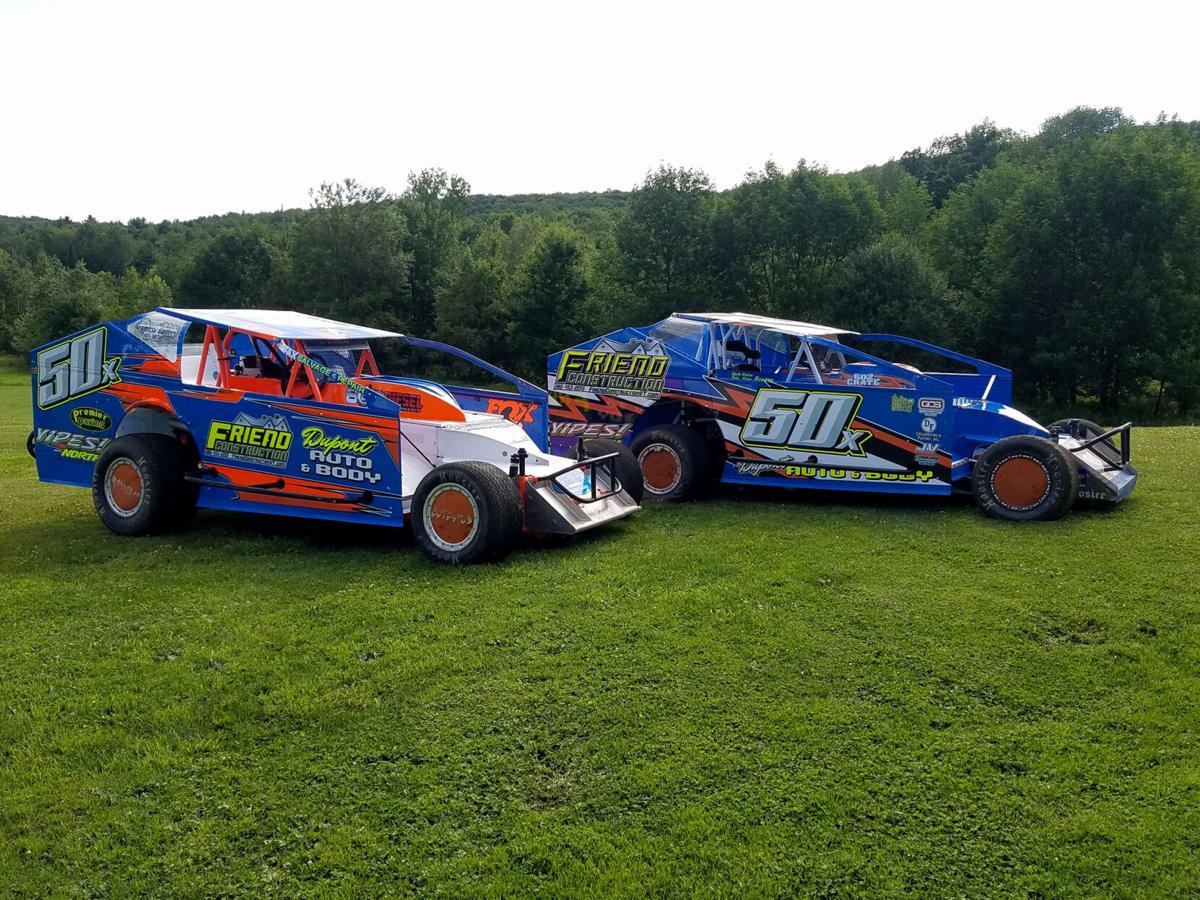 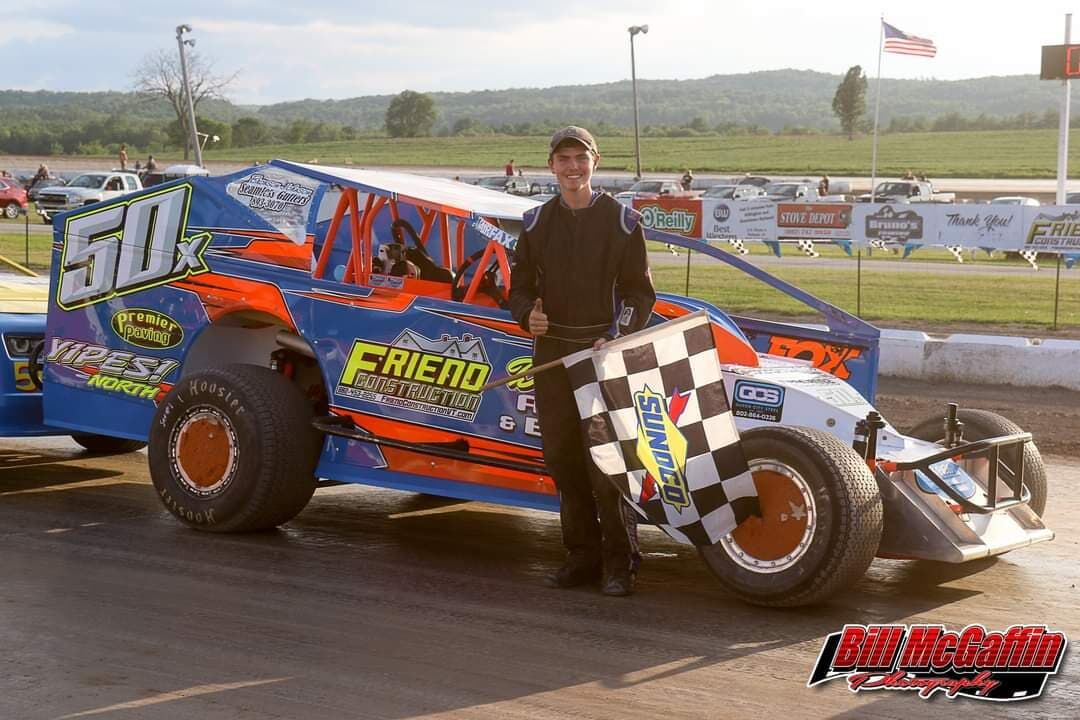 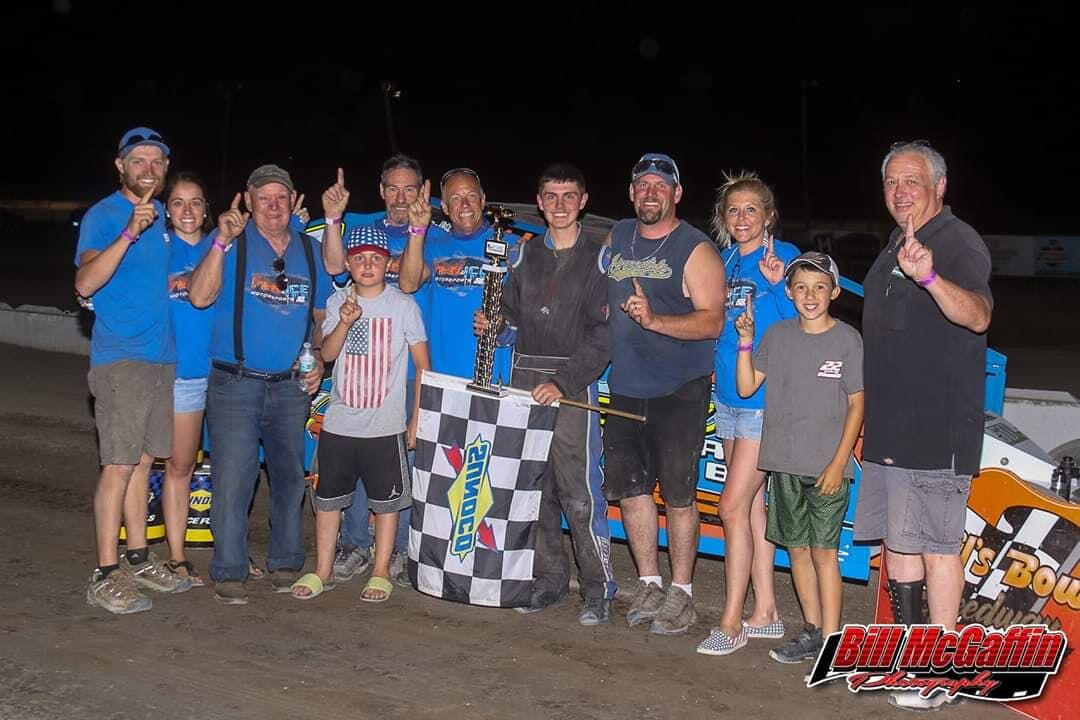 Evan stands by the 50 car with his checkered flag.

FAIRFIELD – Evan Roberts can’t drive the family car, but every week, the 14-year-old climbs into the seat of a race car and proves that age is just a number.

The delayed race season reached its midpoint at the end of July, and Evan, in his first year in the Limited Modified Division at Devil’s Bowl Speedway, has already proven he’s ready to race with the big boys.

Evan has secured two first place and one third-place finishes out of ten races. He’s also secured a spot in the top ten, five times.

In 2019, Evan won the coveted track championship in the Mini Sprints Division at Devil’s Bowl. After the season of success, the team decided to move to the Limited Sportsman Division.

“It was a big change in driving and required a different style. You need to be a lot smoother,” said Evan.

He’s had lots to adjust to, but Evan has enjoyed the challenges.

“I’m having a lot of fun with it; I like the power and speed and the way you have to drive the car. It takes a lot of finesse.”

The Roberts weren’t planning on making the jump in divisions at the end of last year’s race season, but they knew it was time.

“We had accomplished everything we could in the Mini Sprint Division. Going up a division and racing against drivers with more experience will help me be a better driver,” said Evan.

“I’ve felt that happening. We’ve been improving each week with keeping the car in control and in once piece. I’m very grateful to everyone who supports and helps me.”

Joey Roberts, a longtime racer, has been pleased with his son’s success.

“I was hoping we could get a win or top fives and threes this year, but I didn’t think we’d have two wins,” said Joey.

“He’s been in the top three, five or six times, and then had some last lap problems, which is to be expected in your first years.”

Evan’s commitment to the sport never wavers, win or lose.

“I’m proud of him; he works very hard on the car, and he’s very dedicated to making sure things are 100 percent,” said Joey.

“If you put in the effort and the time and have a little talent, good things can happen.”

Father and son both extended thanks to their racing support system.

“We have huge backing from family, friends, sponsors, and local people, and I have a great crew that has helped over the years.”

David Johnson, a sponsor and crew member, has been with the team for years.

“I watched Evan when he was a little tyke racing a mini stock around Devil’s Bowl in the mini division. I’ve watched him grow into a young adult in a matter of a few years,” said Johnson.

“This year, he went from a car that’s like a go-kart to a full-size car, and every week he’s surprised me.

“Before he gets out of the car, he’s already critiqued himself and learned a lesson. If you’re not learning, you’re going backward.”

Johnson respects Evan’s work ethic and effort on the track, but he also noted Evan’s character.

“I have a lot of respect for Evan; win, lose, or draw, he’s got a big smile on his face,” said Johnson.

“He appreciates what he gets to do, and he’s always got his hands in it. He’s working as hard as he can on and off the race track. Seeing a 13-year-old kid work as hard as he does, makes me want to help him.

“And seeing him on the roof of his race car with the checkered flag makes you almost teary-eyed.”

Stephanie Roberts sees the events through a mother’s eyes.

“I’ve always been nervous watching Joe race, but it’s a different watching Evan. It’s the mama bear in me. I’m his protector, and I can’t protect him when he’s out there,” said Stephanie.

“When I watch Evan race, I can’t sit; I have to stand. It’s a good thing we get to wear masks because no one can see me talking to myself!”

Nerves aside, Stephanie has enjoyed watching Joe and Evan build a father-son bond through racing.

“Evan has always been Joey’s sidekick; when Evan was a baby, and I was working nights, Joey had a bouncy seat set up in the shop,” said Stephanie.

“They are an awesome team, and they’re out every night working together.”

Racing has been a family affair for the Roberts for decades. Evan’s younger brother Brogan has turned 10, and he can now be part of the crew in the pits.

Each race season, Evan and Joey prefer to focus on racing and not on points, so it’s Stephanie who keeps an eye on the standings.

“My goal for Evan was for him to be in the top ten in points at the end of this season,” said Stephanie.

“I checked the standings the other day, and Evan is within my goal. If it stays the way it has, he’s achieved what I hoped.

“I never thought about whether he’d win or not; I knew he’d be against stiff competition, but when he did win, I wasn’t surprised. He will never give up, and he gives it all he has.

“Even if the car is struggling, he’ll drive it, and he always has a smile on his face, and win or lose, he’s under the car looking to see what he can do to make it better.”

"We had accomplished everything we could in the Mini Sprint Division. Going up a division and racing against drivers with more experience will help me be a better driver."