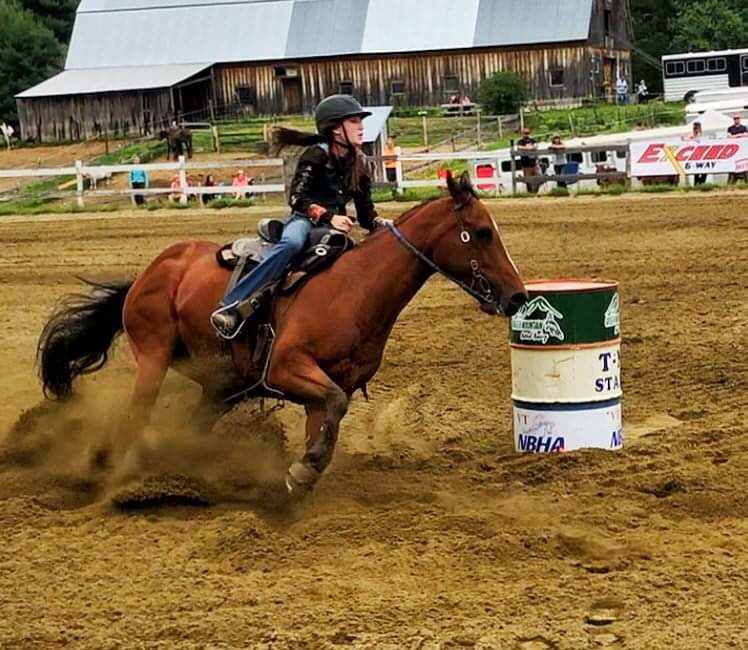 Paige Superneau and Rain race past a barrel on Saturday during competittion. 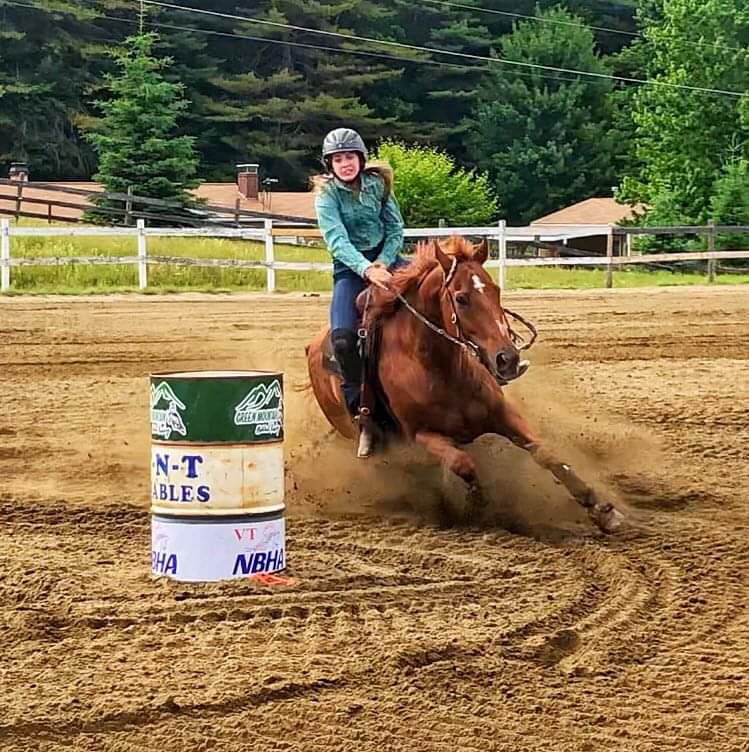 Cassidy Superneau races her horse Hank around a barrel in Saturday’s competition.

Paige Superneau and Rain race past a barrel on Saturday during competittion.

Cassidy Superneau races her horse Hank around a barrel in Saturday’s competition.

FAIRFAX — Paige and Cassidy Superneau of Ridgefield Ranch were back in the ring this Saturday for the National Barrel Horse Associations’ Vermont Doubleheader with the Green Mountain Barrel Racing and Poles at TNT Stables in Barre, Vt.

Paige Superneau and her horse Rain finished fourth in the Open 1D and first in the Youth 2D in her first race.

“I got on my horse early to warm he said Paige.

“I could tell she knew what she was there for. And when my first run came around she was ready to go.”

Even with the mistakes, Paige and Rain held onto a top spot in the competition.

“That won me the 2D so I was pretty happy. I watched the video and saw I made a lot of mistake,s and I went out for my second run and got a 16.779 which I led the leader board with until my sister Cass and one other girl beat me by about 1 tenth of a second. It was a very fun day of good racing!”

Cassidy also had a successful day at the races. She and her horse Hank nabbed first place in the 1D Open and second in the Youth 1D category in the first race.

In the second race, Cassidy and Hank took second in the Open 1D and first in the Youth 1D.