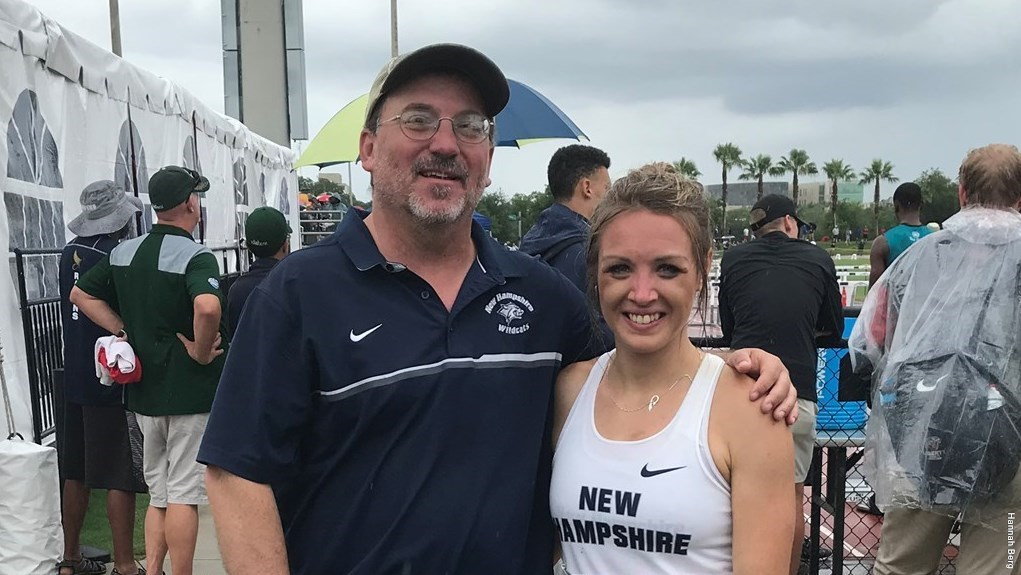 Robert Hoppler stands with Elle Purrier during her racing days at the University of New Hampshire. 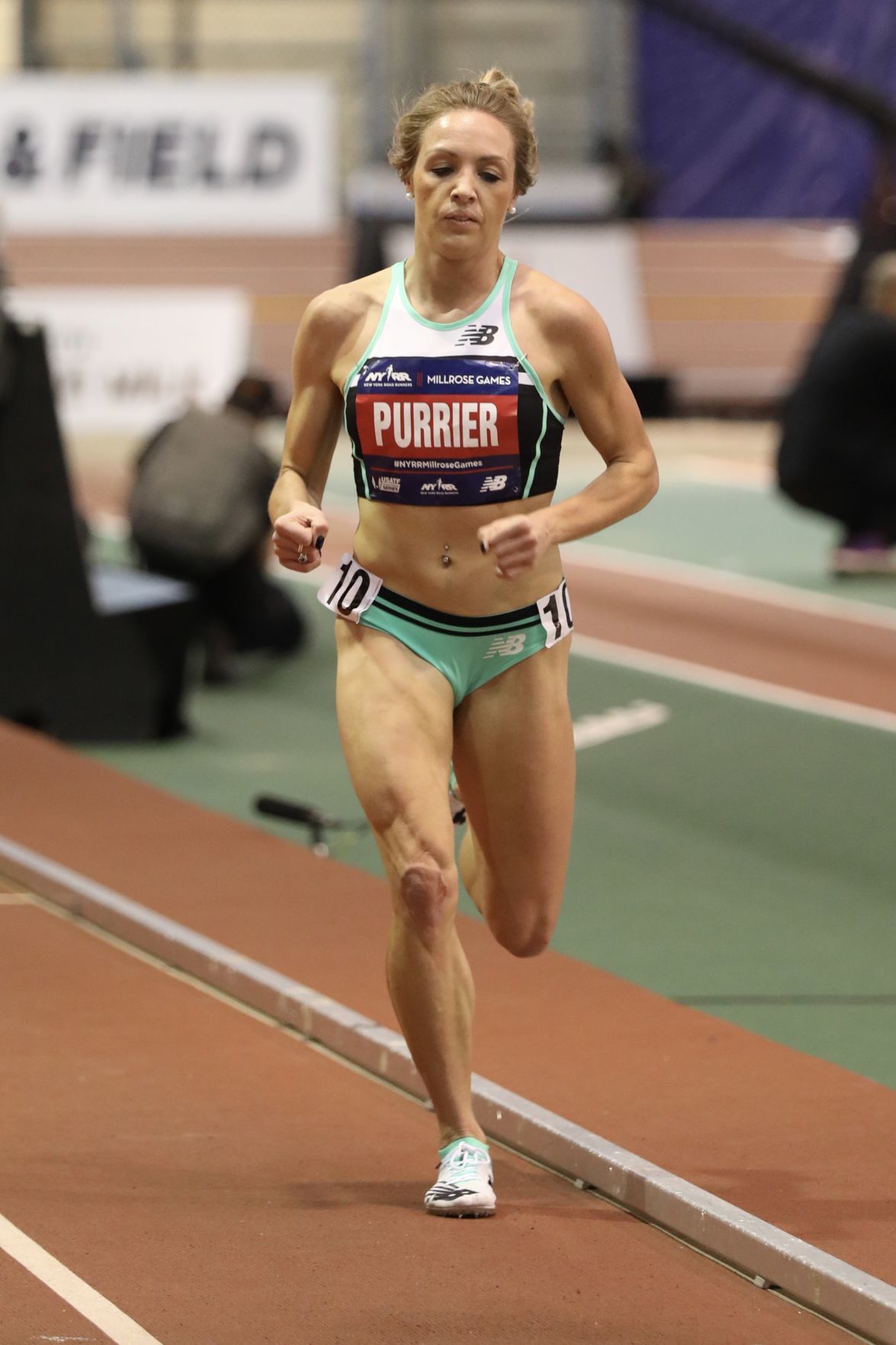 Robert Hoppler stands with Elle Purrier during her racing days at the University of New Hampshire.

DURHAM, NH — Robert Hoppler coached Elle Purrier during her decorated career with the UNH Wildcats. Like many others, he enjoyed seeing Purrier’s success on Saturday as she shattered records and proved once again that she’s an elite runner.

“Elle’s performance at the world championships with the 11th place finish was fantastic and a huge step in her career. She’s continued to improve, and at the race on Saturday, she truly emerged as one of the best in the world.”

Hoppler noted that in a year and a half, Purrier has become one of the best runners in the world.

“That is a fantastic achievement.”

Purrier’s New Balance team, Hoppler noted, has been an excellent fit and has helped her develop as an athlete.

“She’s in a good setup with coach Mark Coogan and New Balance. That was a big decision--I wanted her to be in the right environment to grow and succeed.

“Her coach and training partners have been perfect for her,” said Hoppler. “They are elite athletes who are pushing her and challenging her. She’s very close to them; her teammates are important.”

Purrier is now the face of a college, a state, and a running brand.

“She’s doing a great job of making everyone associated with her proud of her, from Vermont to UNH. She continues to represent us all in a first-class, top-flight way. And she’s a great representative for New Balance.”

The life of a professional runner isn’t easy, and Purrier has put in the hours it takes to become a world-class athlete.

“She’s dedicated herself to be a pro, and she trains and travels all over the world,” said Hoppler. “Elle is away from home a lot, misses her fiance and family. It was good to see all that sacrifice and hard work pay off.”

Hoppler also noted that Saturday’s appearance at the Milrose Games wasn’t her first.

“She sticks with it. Now on her fourth time, she ran this race, which was amazing. She was running to win the race--she wasn’t trying to break the record. Elle puts herself in competitive situations and works to succeed.

“The last two races have been big, big steps forward in her career.

The fact that she set the American record in the indoor mile is incredible,” said Hoppler.

“It’s the second-fastest time in the world--second in the world for an indoor mile...Enough said.”

Hoppler, who spent five years working with Purrier at UNH, still enjoys communicating with her regularly.

“On a personal level, I’m really excited for her. I’m proud of her as a person, and I know how much this means to her and her family.”

The television interview that thrilled so many in Purrier’s home state also brought joy to Hoppler.

“During the interview for TV, she was a happy kid! She let her guard down and let the joy come through, and that was really good,” said Hoppler. “I was really happy to see her be happy.”

Purrier takes to the track again this weekend for the 2020 Toyota USATF Indoor Championships.