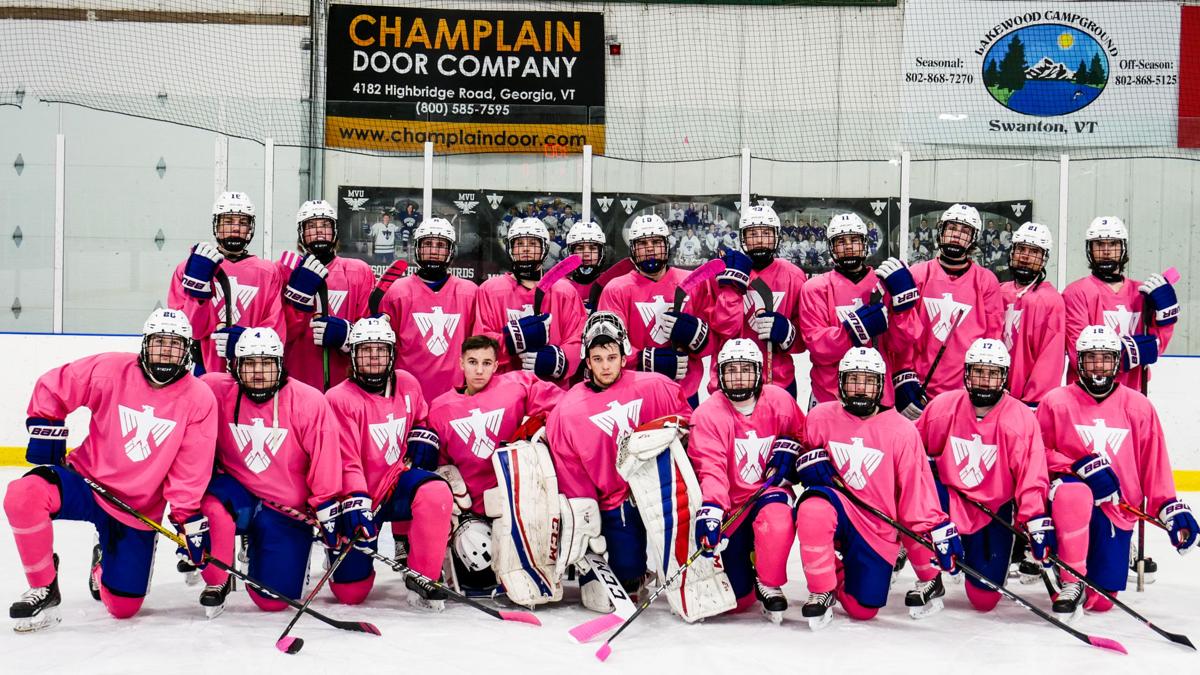 The MVU boys pose for a team photo for their annual Pink Game. 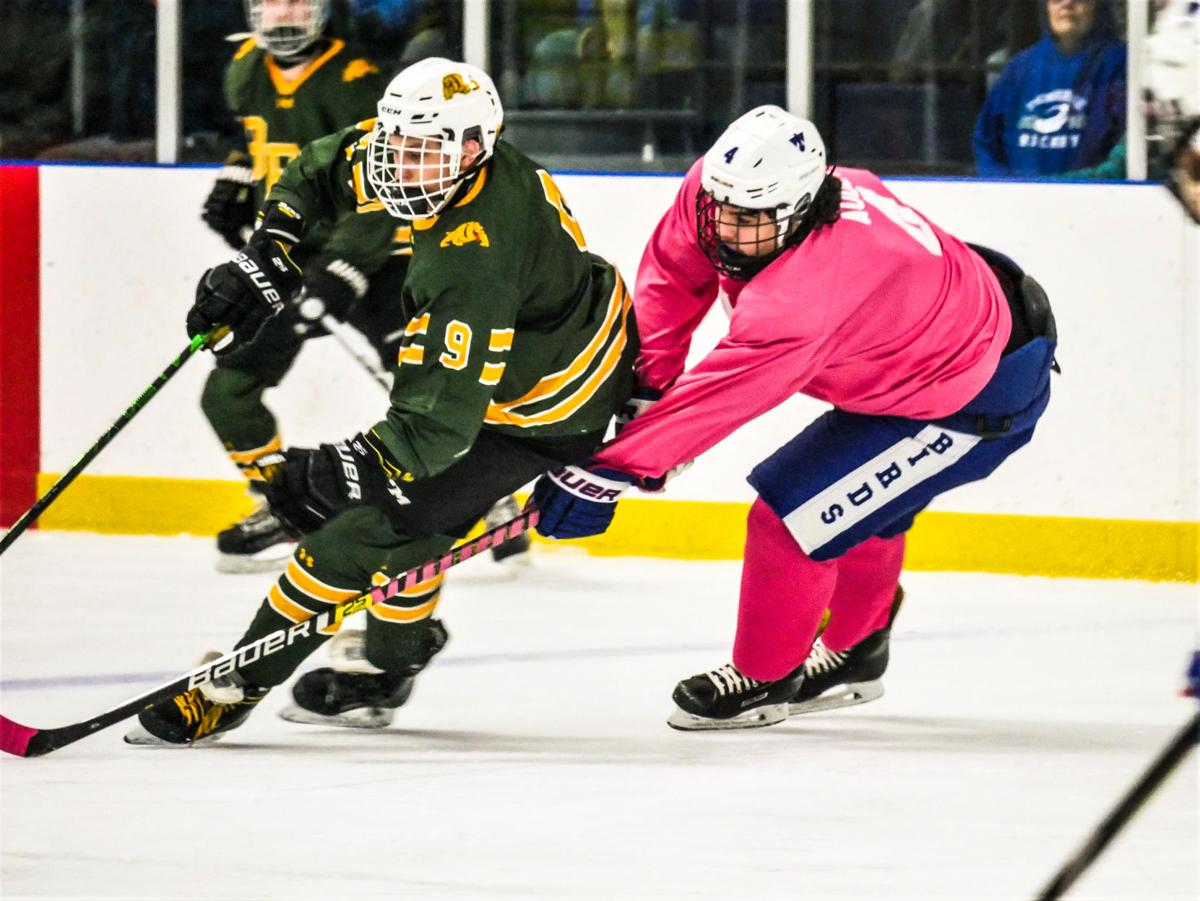 MVU Sophomore defense Alex Audet reaches in front of the Burr and Burton puck carrier in attempt to bump the puck off his stick.

The MVU boys pose for a team photo for their annual Pink Game.

MVU Sophomore defense Alex Audet reaches in front of the Burr and Burton puck carrier in attempt to bump the puck off his stick.

HIGHGATE — In the last two games, the MVU boys hockey team has had 58 shots on goal but have only scored once. That’s not enough, and the Thunderbirds dropped a 4-1 decision to Burr & Burton Saturday afternoon in Highgate.

“A slump might be a good way to put it,” confirmed coach Chris Hatin. “The last thee or four games we’ve been having trouble finding the back of the net. I don’t mix lines up as much as some coaches, but under the circumstances that’s something we may do.”

It wasn’t for lack of chances. Four minutes into the contest, Cadden LaPlant’s point shot was deflected by Jake Benjamin off the goalie and the puck bounced over Corbin Schreindorfer’s stick on the open side.

B&B had their first good chance when a defenseman was stripped of the puck and the player went in alone on MVU goalie PJ Bouchard. The puck looked to go through the 5-hole but got caught up in Bouchard’s pads just before crossing the line.

Mason Lemnah looked to have scored when he chipped a puck behind goalie Ethan Simonds from the end line. Simonds fell backwards and covered the puck before it went in.

After a fluke shorthanded tally by the Bulldogs, MVU scored their first goal in over four periods. LaPlant fed Benjamin in the slot and his shot bounced off Simonds right to Steven King. The junior roofed it to tie the game at one apiece.

Kyle Gilbert was allowed to walk in from the point to below the top of the circle as he let a blistering slap shot go that went off Simonds and the post. Schreindorfer then had a shot that looked to be going in but it hit the top of Simond’s goalie stick and went wide.

The Bulldogs scored the winning goal with a minute left in the second period and tacked on two more in the third to win 4-1.

Bouchard had 18 saves and Simonds had 27 stops.

When a team hits a scoring slump, there’s no magic pill to remedy the situation.

“It’s the little things,” commented Hatin. “This game we just didn’t have the flow. Too many pucks that were passed in feet or behind guys. Forcing plays and holding onto the puck too long. Three or four seconds and you’d better be ready to get rid of it. Our powerplay has suffered because of it. We just have to work through it. Better be pretty soon as we play Milton on Wednesday, and it doesn’t get any easier.”

The loss drops MVU to 7-7-1 and they are the road team when they play Milton.