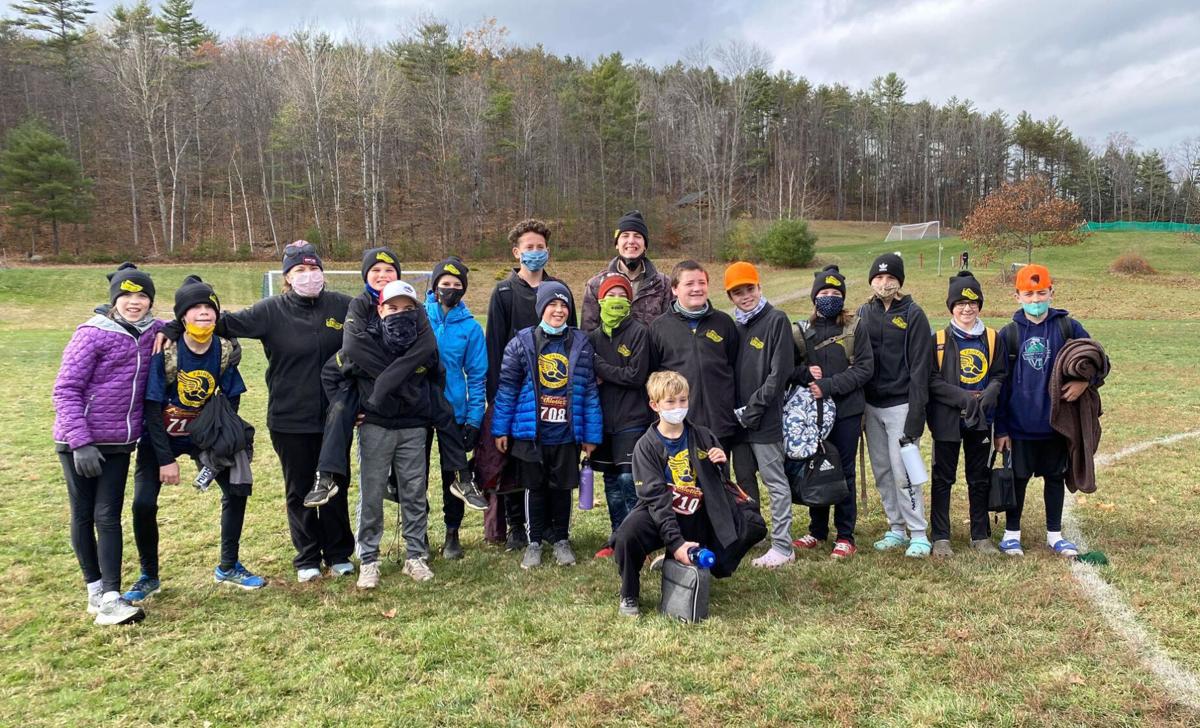 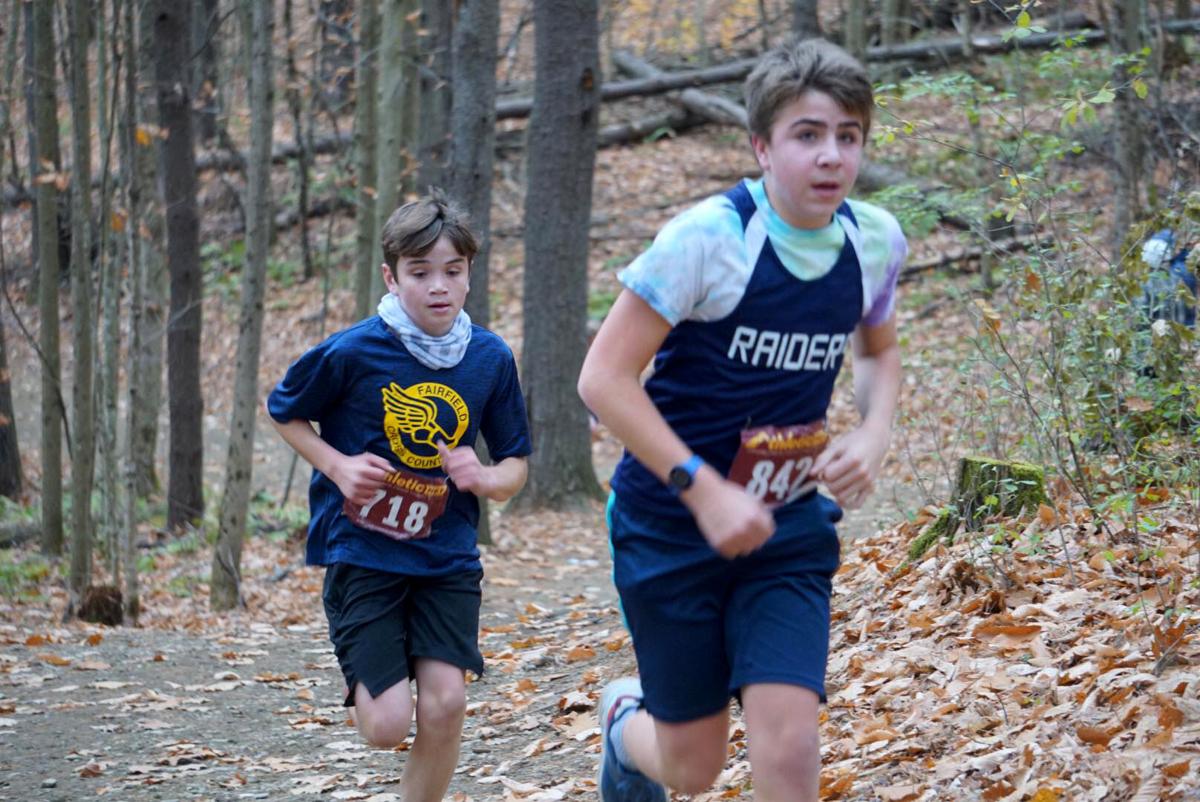 Wilder Mudgette (left) who came in first for Fairfield Center School at Thetford. 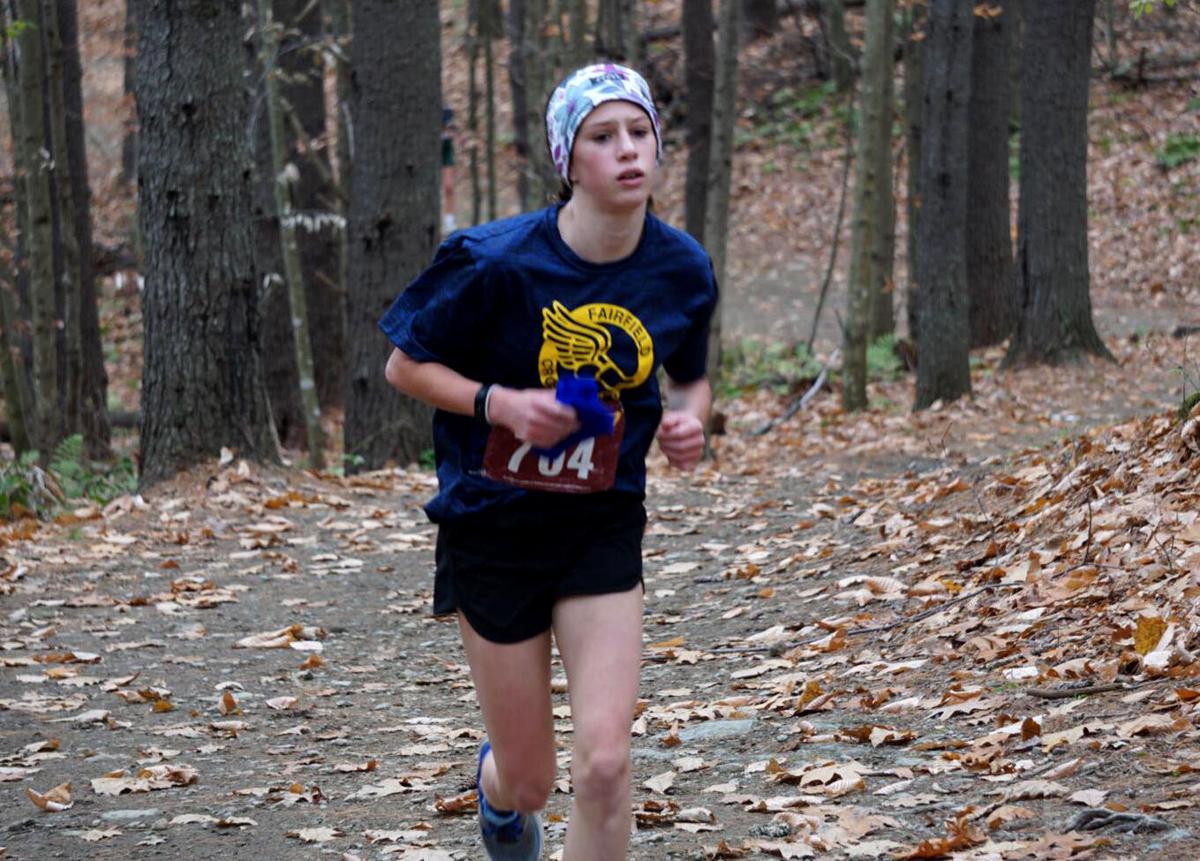 Lucy Jerose who finished first for Fairfield in the seventh grade girls’ race at Thetford. 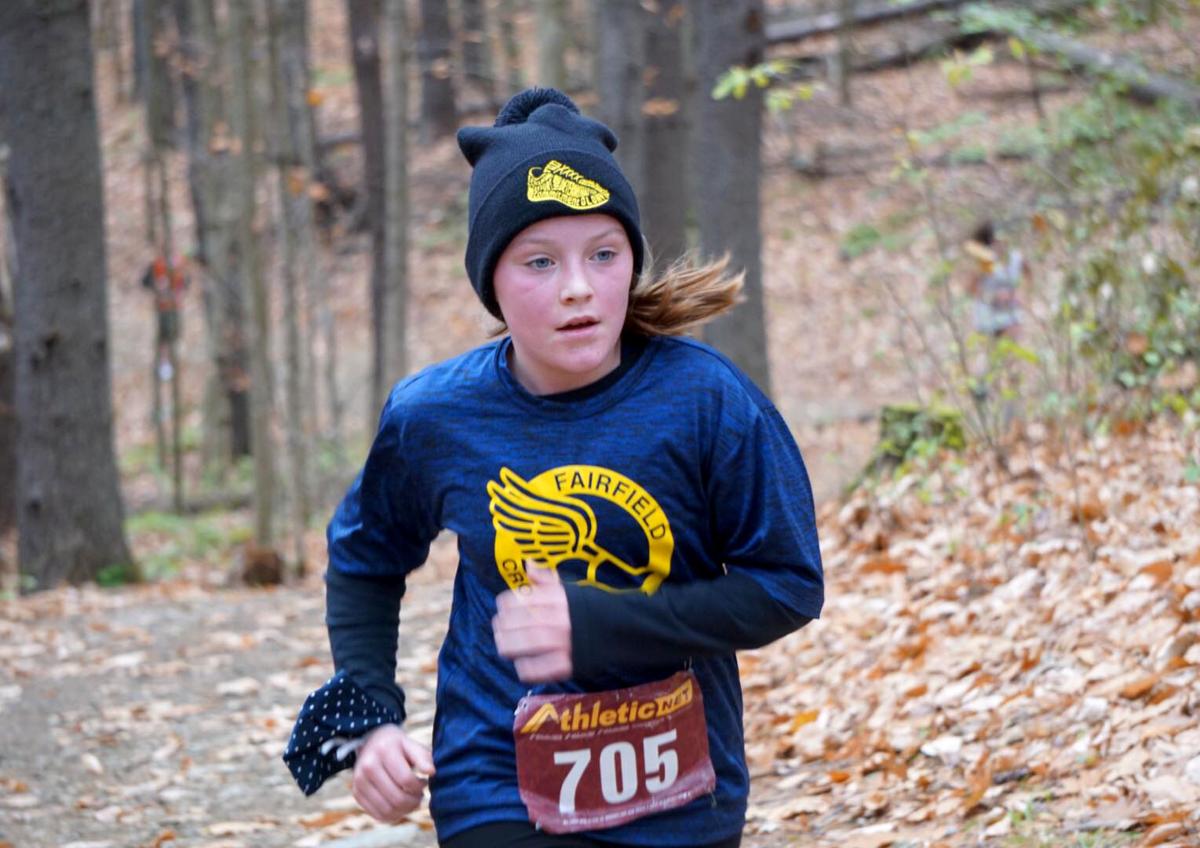 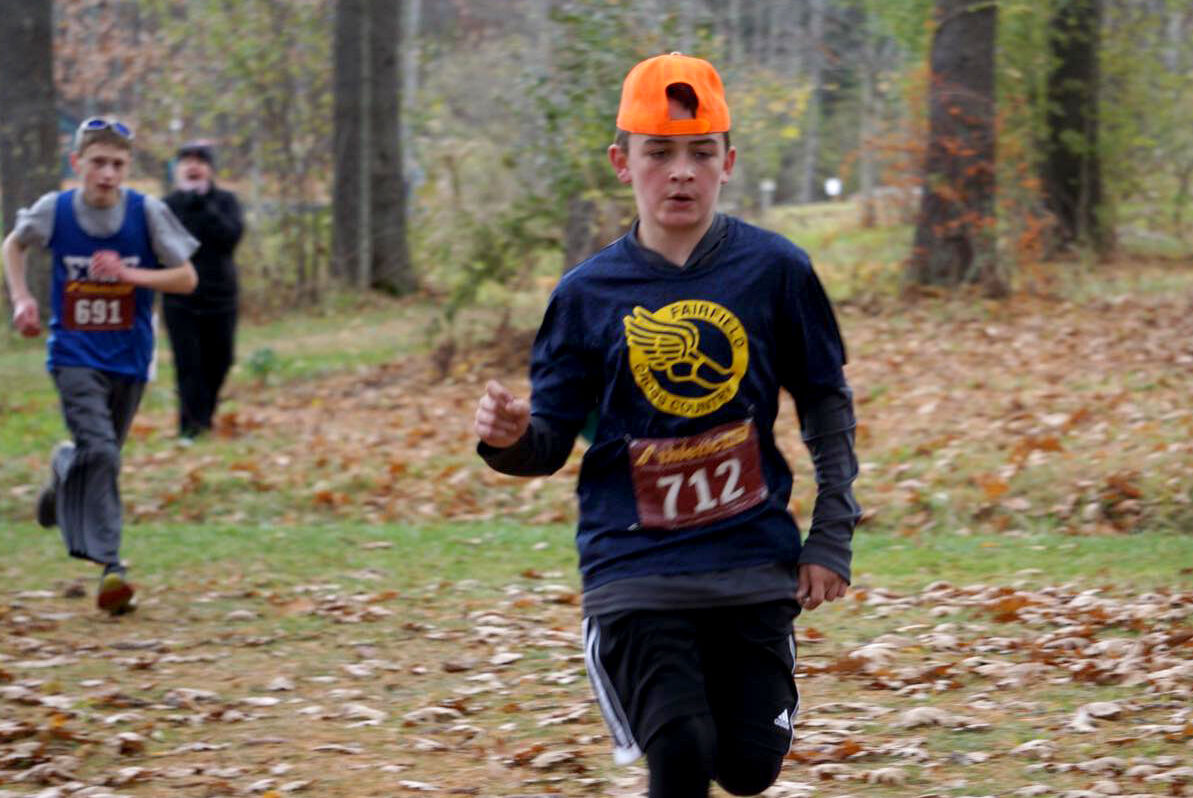 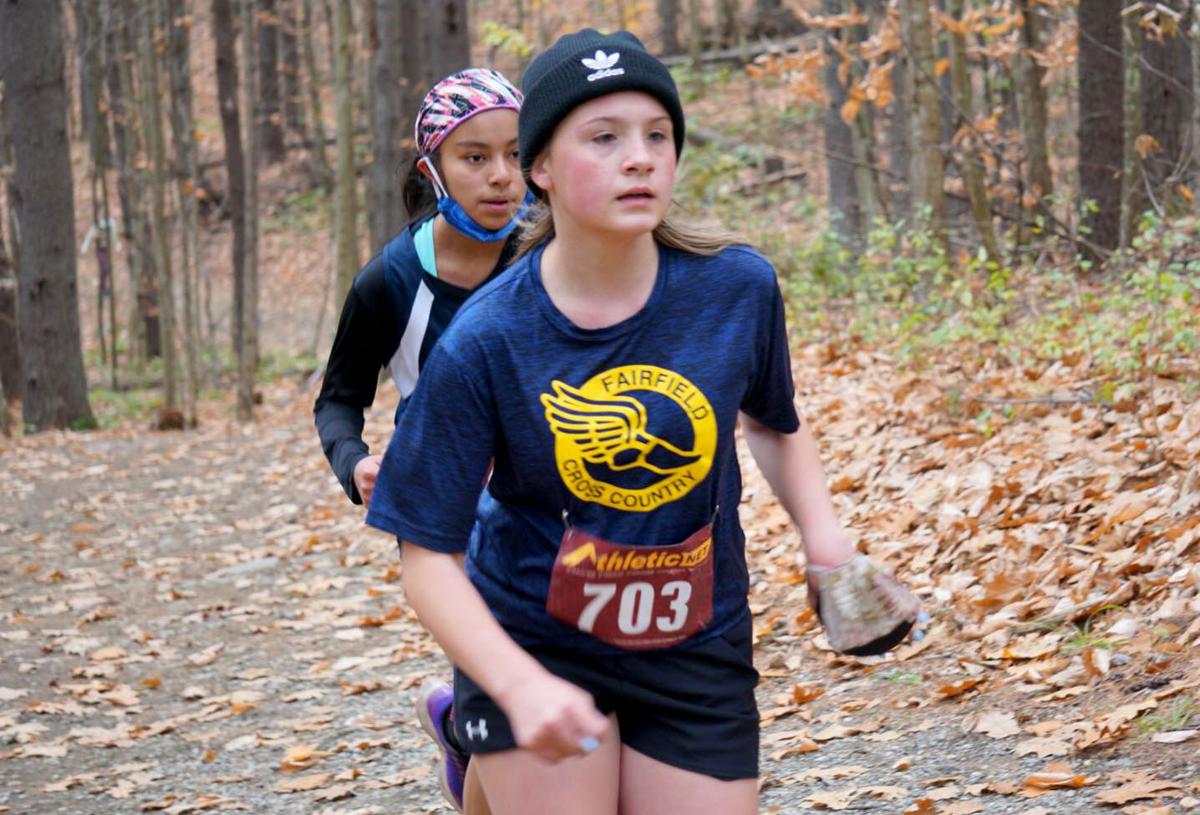 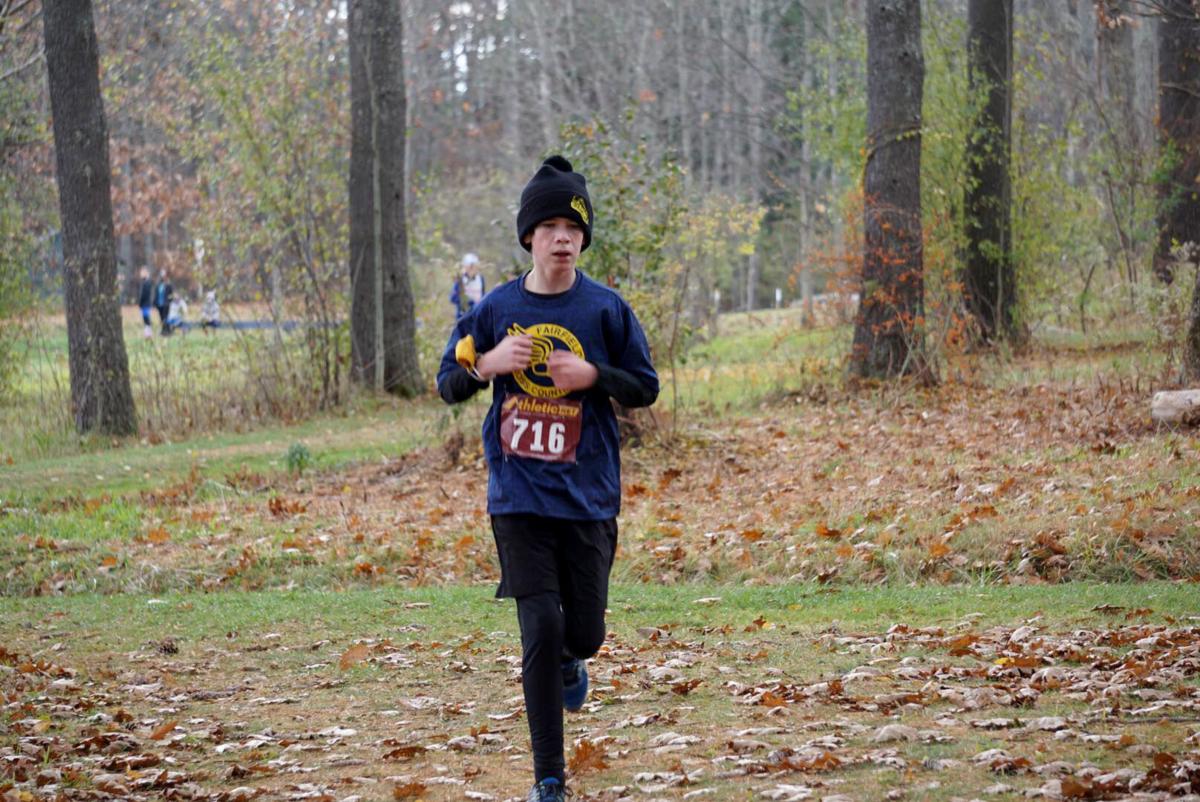 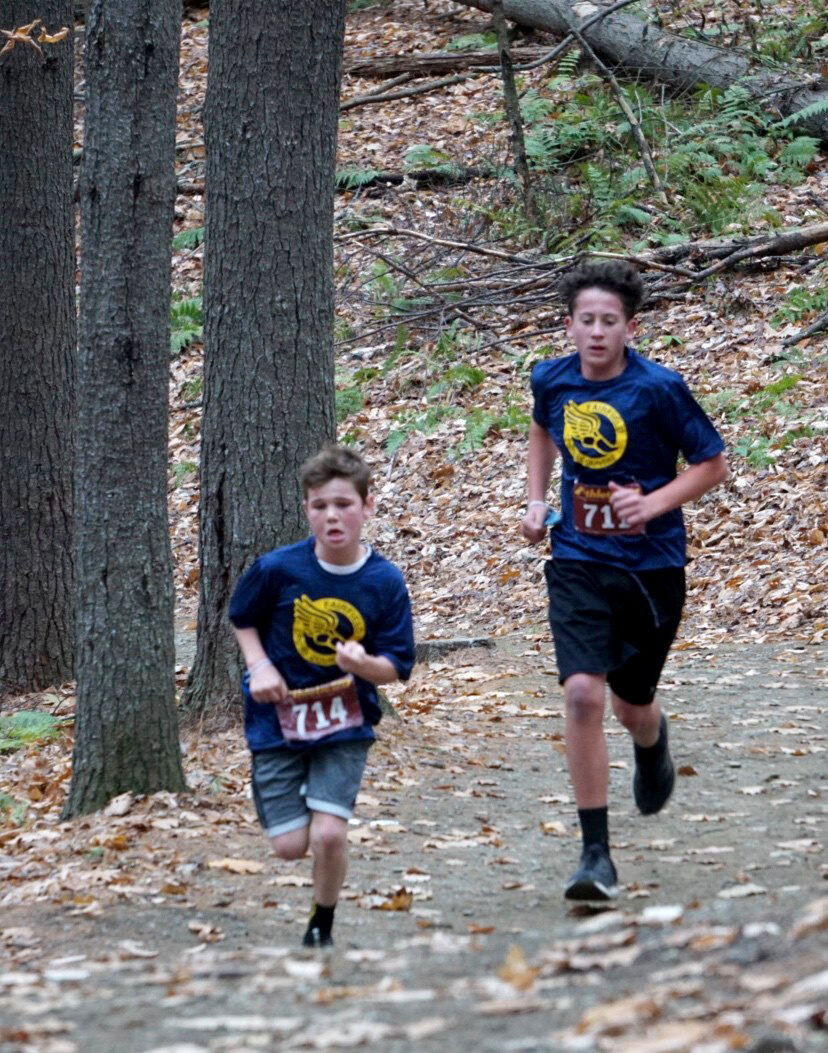 Zeb Dasaro, who placed second for the Fairfield boys team and was the second fastest 5th grader in the state at the Thetford state meet.

Zeb Dasaro, who placed second for the Fairfield boys team and was the second fastest 5th grader in the state at the Thetford state meet.

FRANKLIN COUNTY — High school athletes weren’t the only ones to tackle a state tournament race in Thetford last weekend.

The Fairfield Center middle school cross country team is in their third year, beginning in 2018 with five runners and boasting 27 in 2020.

“Our motto used to be that ‘we might be small but we are mighty,’” said Desrosiers.

“We’ve grown so fast, and we’re very young. We are extremely excited to have the majority of the boys’ team and the entire girls’ team returning next year.”

This year, 23 of Desrosiers’ runners were new to the program, which provides a fun and encouraging environment for fifth through eighth-grade kids.

“Things were different with covid. We had to ebb and flow and be creative with practices and meets,” said Desrosiers.

“We had enormous support from the school, and the community was support was spectacular.”

Fairfield Center cross country athletes ran at Thetford in 2019; at the start of the 2020 season, many wondered if the middle school students would be able to race at the state meet.

“We were so excited the tournament took place. Many of the kids were new to the program and didn’t know what to expect,” said Desrosiers.

“The kids were excited to be running a shorter course, and for many kids, it was their first time competing outside of Franklin County,” said Desrosier.

“The kids blew me away! They had spectacular days and ran with grit, determination, heart, and courage.”

Fairfield had two racers in this group: Laura Persons placed 33rd and was the 16th 5th grader who placed 125th overall in a time of 18:53.

St Albans Town School had Andrew Early place 4th in the group and was the 1st 5th grader in a time of 11:06. He placed a very respectful 29th overall.

In the 7th grade division, Georgia’s Kaitlyn Lumbra placed 5th and was 11th overall in a time of 11:39--a great time for the 2.1 kilometer course.

Fairfield’s Wilder Mudgett led the way for 7th-grade boys placing 11th and 44th overall in a time of 11:44.

Mackenzie Smith represented well for 8th-grade girls placing 42nd and was 109th overall in a time of 16:33.

The Fairfield boys placed 9th out of 15 teams and were only one point behind 8th place. The Fairfield girls had only four runners and placed 12th out of 12.