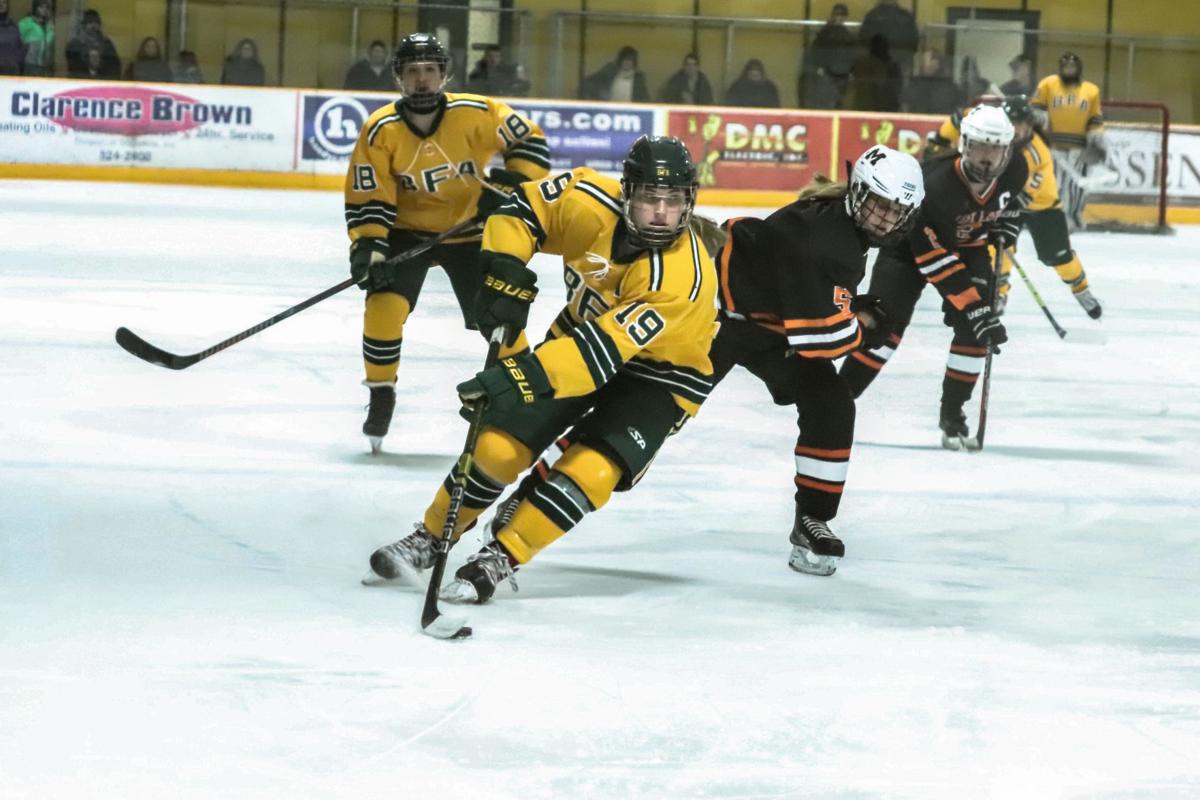 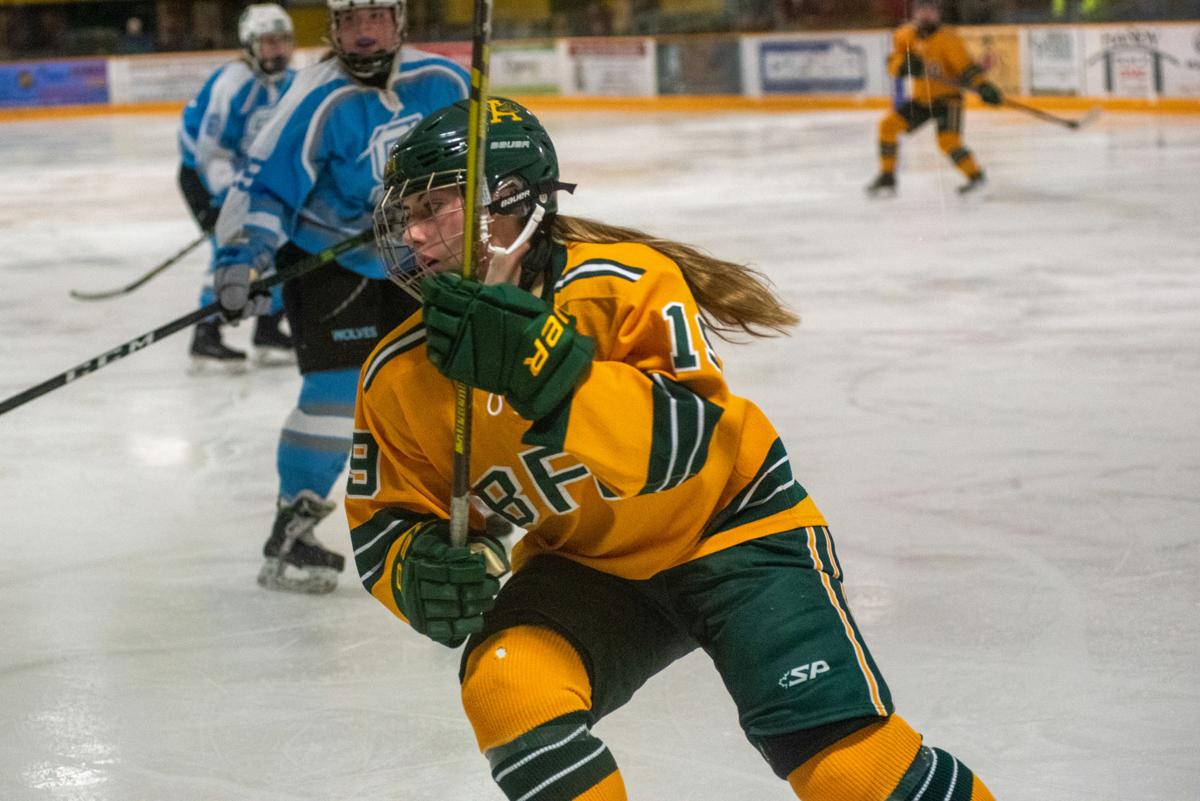 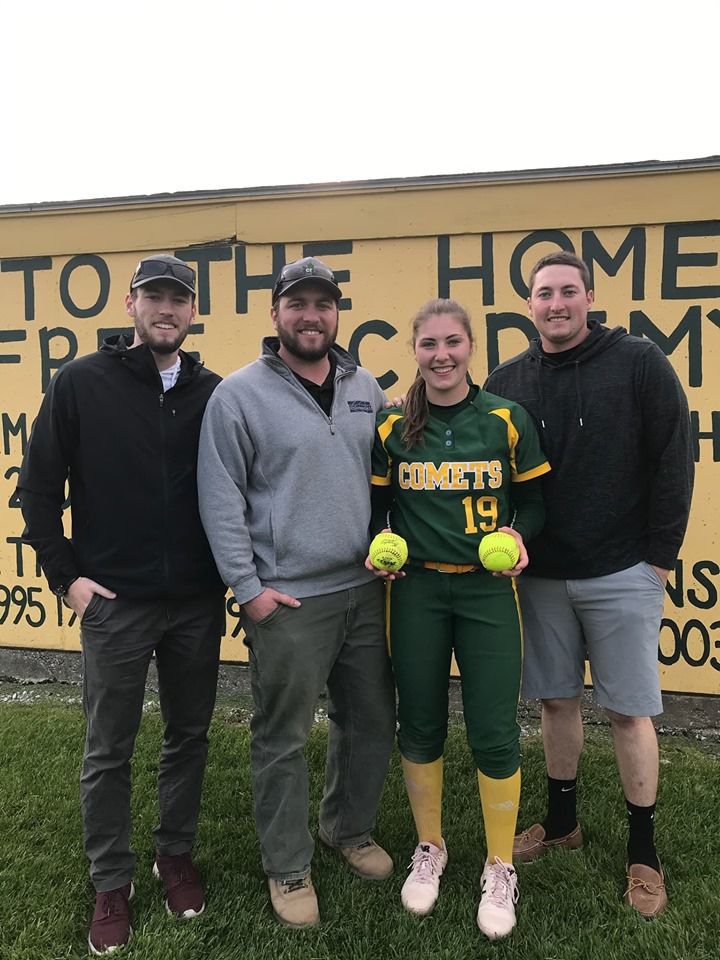 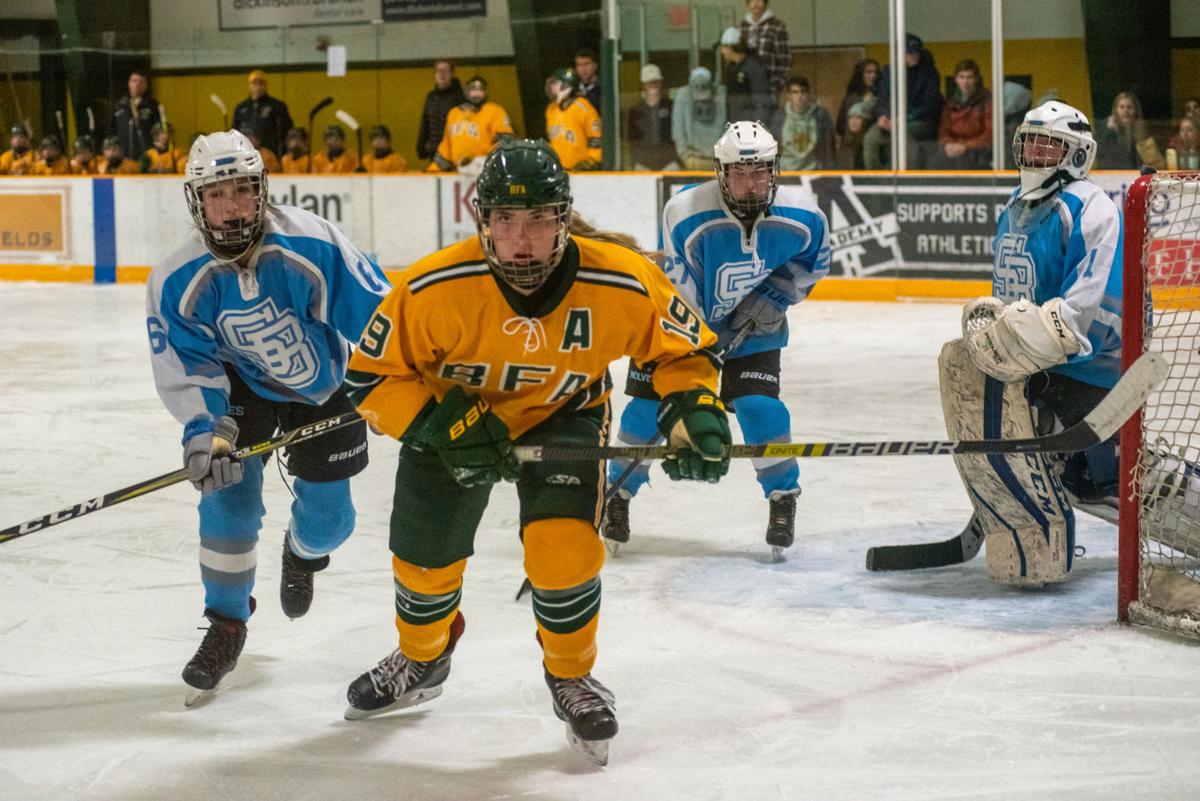 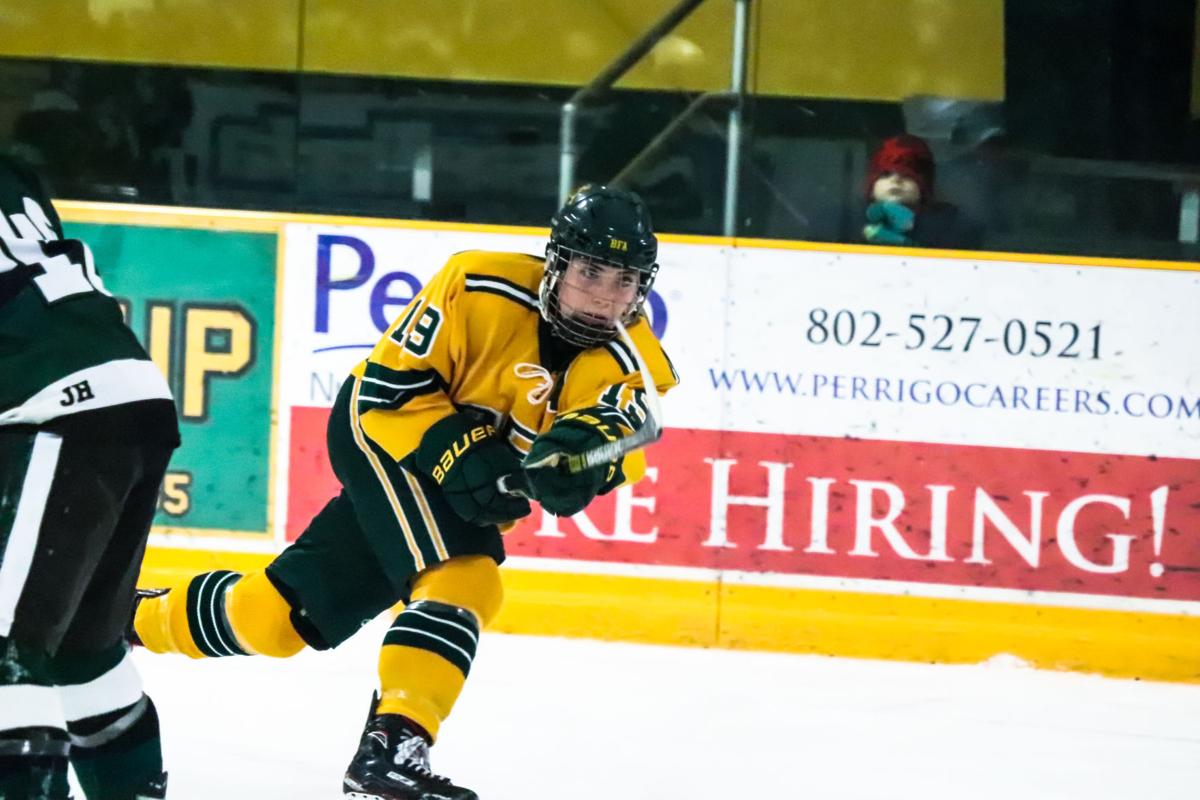 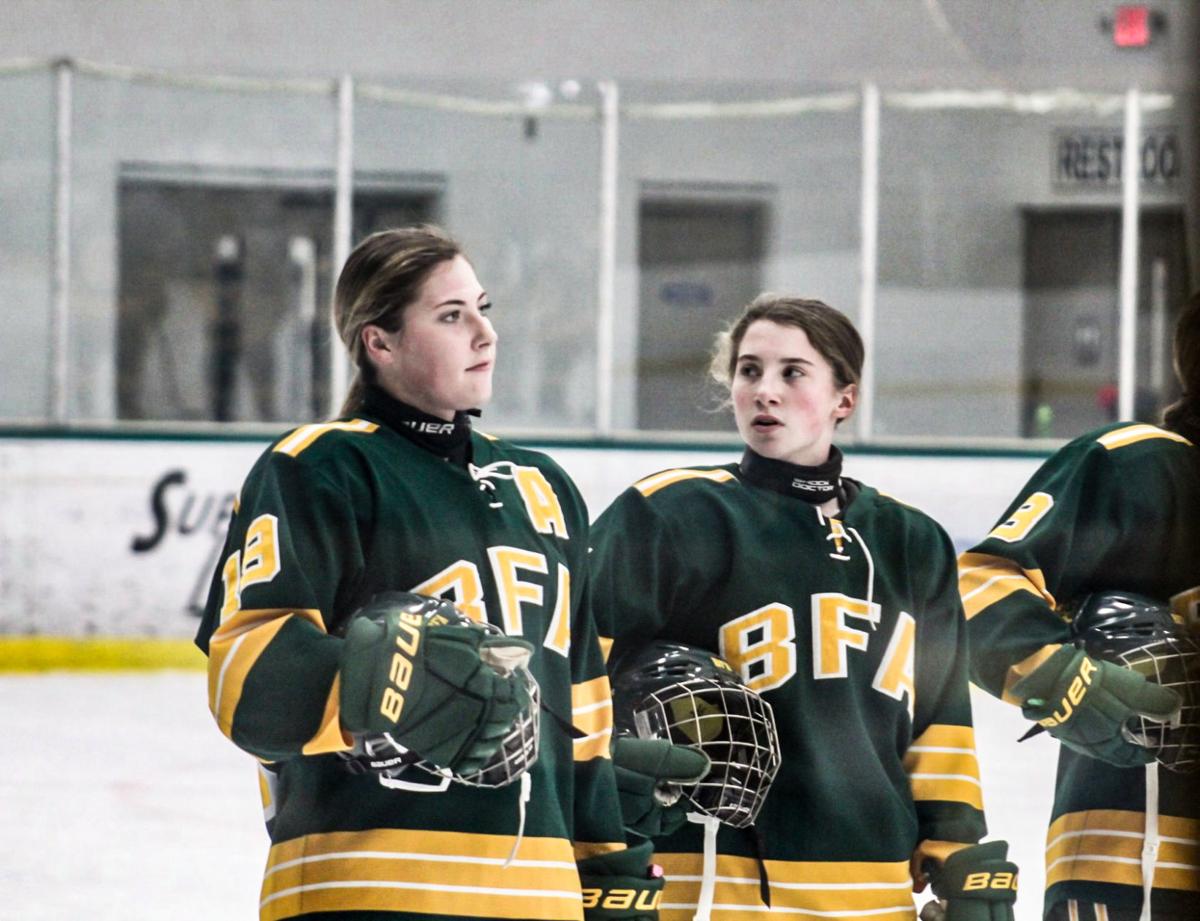 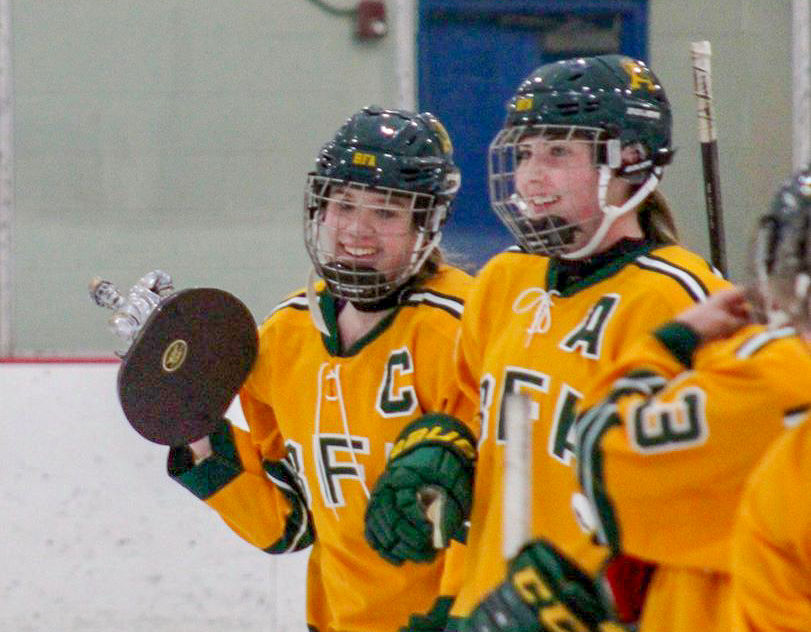 ST. ALBANS — Meghan Connor of the Comet hockey team was selected as Athlete of the Week for her outstanding effort in the game against Woodstock.

Connor scored two goals and tallied two assists in the 7-0 win the Wasps.

Recognizing Connor for a single game’s performance highlights only a portion of her impact on the Comet hockey team.

Connor leads the team in goals and is second in assists. She’s a three-sport varsity athlete and has played integral roles in multiple state championships during her high school career.

“Meghan has been consistent all season. She’s a good example for our younger players--always willing to battle along the boards and block shots,” said Comet coach Luke Cioffi.

“She is very tough to play against because of her strength and tenacity. Her offensive ability is only one aspect of her contributions to our team. She’s a team player that is an amazing young lady on and off the ice.”

“Meghan is a complete, well-rounded, humble, intelligent, and gracious human being who also happens to be a competitive, talented, dedicated, reflective, and hard-working athlete,” said Comet assistant coach Jeff Rouleau.

“At the beginning of the season, I was on a line with two freshmen. The coaches asked me to show them the Comet way and how we do things.

“After the Essex game, Coach had everyone share one thing they admire about someone on the team,” said Connor.

“The girls shared how they’ve appreciated my leadership and how it’s helped them transition from youth hockey to varsity. They knew I understood what they were going through.”

Connor has enjoyed all her years on the Comet hockey team, and this year is no exception.

“We have a lot of different personalities on the team, and we mesh well. We’re there to play hockey, and we’re enjoying every minute.”

The Comets have many traditions; Connor has one that stands out.

“I love how much we give back to the community. That puts things in perspective about how to be a good person and put others above yourself.”

Attending youth practices with SASA and getting to know the upcoming Comet players is one of Connor’s favorite ways to give back.

“A little girl came up to me at a youth practice and told me how much she loves it when we come help, and how she wants to be one of us someday,” said Connor. “It’s a great example of how people are watching what you do; you want them to see the best in you.”

Connor had three older brothers who helped lead her as she grew up.

“I was two days old when I went to my first Little League baseball game. I’ve watched them grow up, seen how they play on the field, and all that they did athletically and academically,” said Connor.

“They always showed me the right way to do things. Having them to look up to helped shape me into the person I am today.”

Connor shared a few of the things that have helped her develop as an athlete.

“Having a good attitude and being positive to my teammates and myself throughout the game is so important,” said Connor. “Everyone is going to make mistakes, but we have to move on and work hard through every play.”

“I love everything about the work that goes into a season. when you work hard, you feel good afterward, and that makes you want to work harder,” said Connor, smiling. “I love winning, and I want to win every game.”

Connor thanked the coaches who have helped her grow as an athlete.

“I couldn’t have asked for a better four years academically or athletically. My coaches have had the biggest impact on that; without them, I wouldn’t have a love of the game like I do.

With the hockey season past the midpoint, Connor has playoffs in her sights.

“I love playoffs! It’s do or die; the first game of playoffs could be the last day I put on a hockey jersey,” said Connor. “You have to work harder than you ever have before.”

And when she gets to those games, she will have a few faces she’ll be looking for in the crowd.

“My family is the most important thing to me. Before every game, I look up in the stands and see where they are,” said Connor.

“It’s nice to know they are there for me--especially my brothers. They are returning the favor for all the times I’ve gone to their games. It’s so good to see them there.”