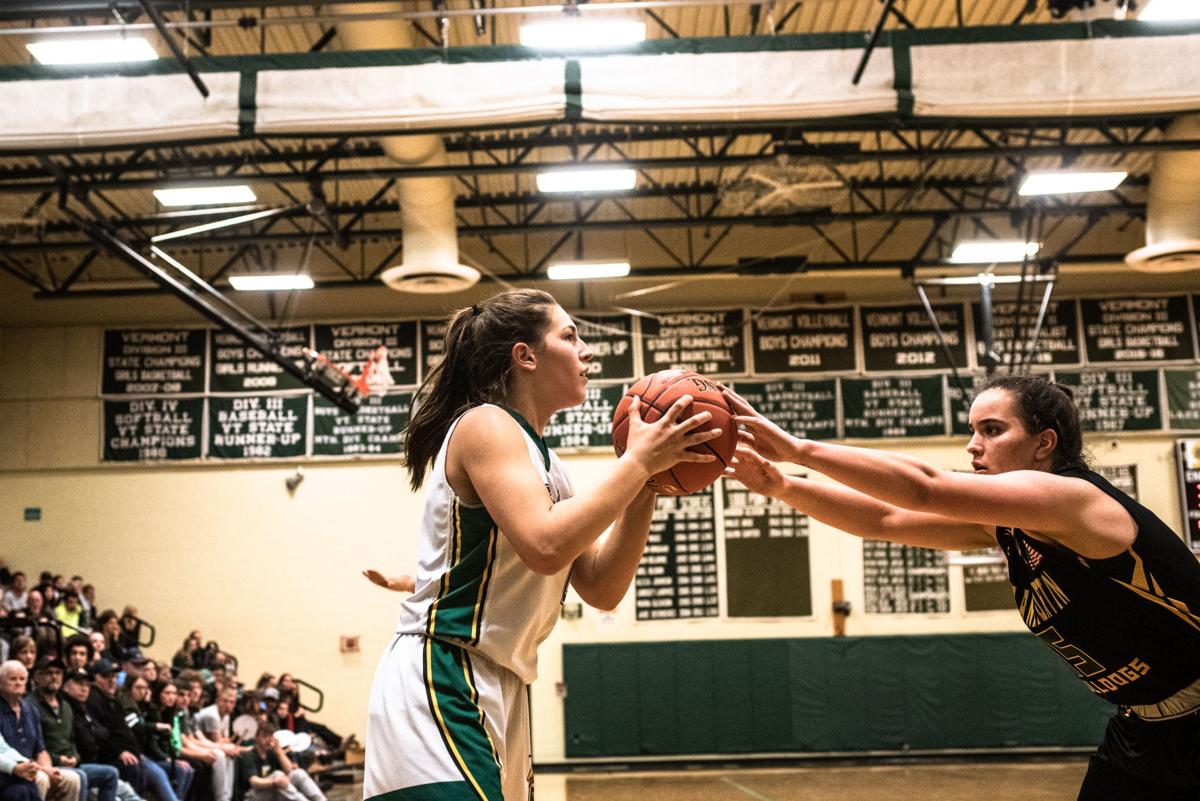 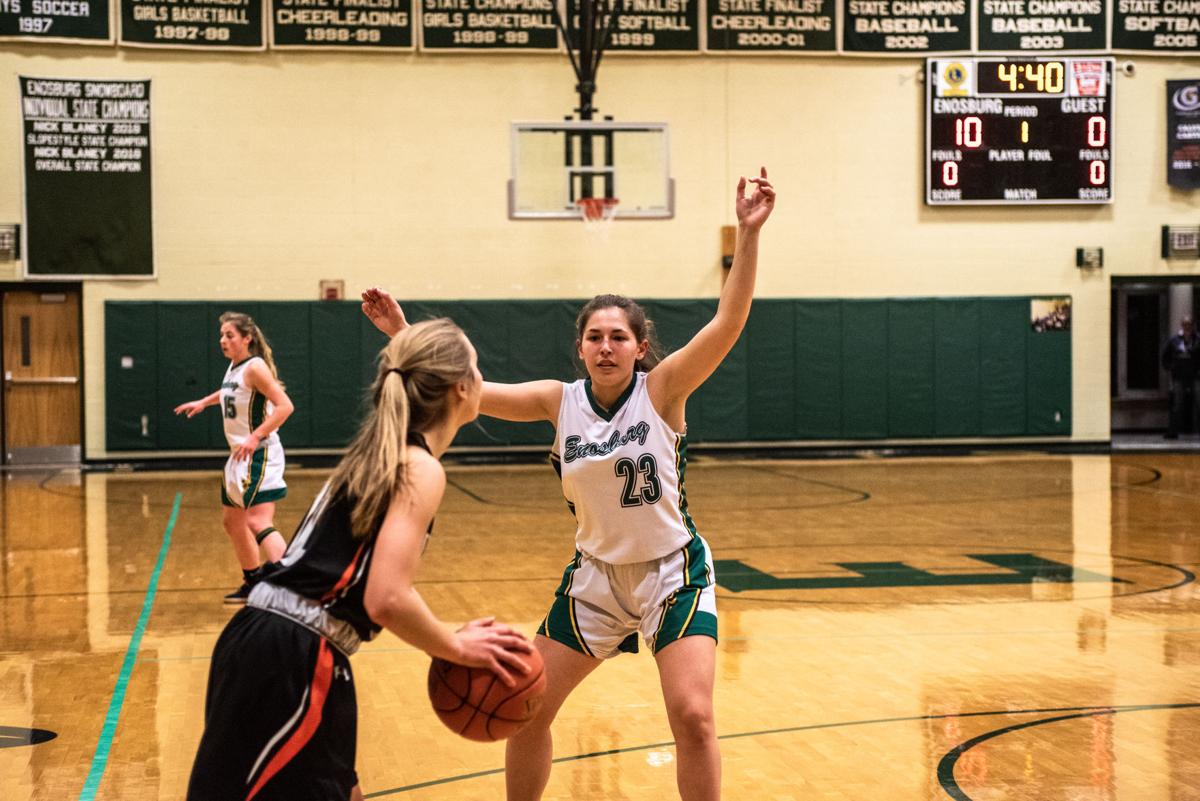 “That was one of the toughest games of the year. It’s one I will remember,” said Severance. “We had to work hard for that win.”

In playoffs, every game could be the last; Severance and the Hornets understood that.

“The whole game I wanted to win so badly; we all did. We were trying not to focus too hard on what they were doing, but on our end goal,” said Severance. “When the buzzer went off, we knew it was real.”

The semifinal game against the Fair Haven Slaters was the first trip Severance had made to the Aud as a player.

“I watched my sister Brianna’s team, and I’ve watched the boys. It’s something I wanted to do.”

Severance noted that the majority of this year’s team returned from last season.

“We were really close, and we all had the same goals. Overall, we had a lot of good team chemistry. We didn’t do a lot of team dinners, but we got along during practice, and everyone loved being there.”

Severance was known to her teammates and coaches for her defensive presence.

“I’ve heard from my parents and coaches for as long as I can remember that defense wins games and championships. I feel that’s really important to our team.”

Severance has had several people who have been inspirational to her as she’s grown up with the game, including her older sister Brianna.

“I enjoyed watching my sister play--I started playing when I was young, and I just loved it,” said Severance. “My sister, my family, my coaches--they all inspire me to keep working.”

“My coaches, Gary (Geddes) and Dean (Wright), push us and teach us about the game. I want to give back to them by winning and doing my best.

“Mr. Brigham is also an inspiration. He’s been a big support and help for me as I’ve played sports,” said Severance. “He’s so invested in us and happy for us.”

One of the highlights of the Enosburg basketball season, Chris Brigham’s crowd surfing moment, stood out to Severance.

“That was so funny, but it was so Brig! He loves to get involved. It made us so happy, and I think he enjoyed it, too.

The Hornets lost the semifinal game in Barre, but Severance didn’t let the loss tarnish the experience.

“There was so much excitement in getting there and in the locker room before the game. It was a really good feeling, even though we didn’t win.

“Gary reminded us after the game that there were many teams that didn’t get to the spot we did, and that was something to be proud of.

“The support we get from our fans, parents, and the student section gave us that extra boost of confidence. Having the boys’ basketball team behind us in Barre was great! They were cheering us on right to the end.

Geddes had plenty to say about Severance as a player and a young lady.

“Meg’s a great kid, a pleasure to coach, and a great teammate. She’s hardworking--always looking to be challenged,” said Geddes.

On the court, Severance contributes in a variety of ways.

“Meg could guard multiple positions for us, and she improved her range to include three-pointers,” said Geddes.

“She’s a strong enough girl that when she drives to the basket, she absorbs contact and she is still able to get her shot off; she’s also a good free-throw shooter.

“She fits the description used most to describe our team--we’re not very big, but we’re tough, and we always give our best effort.

“She does all the little things a coach looks for that don’t always show up on the scoresheet. I’m looking forward to having her back next year.”