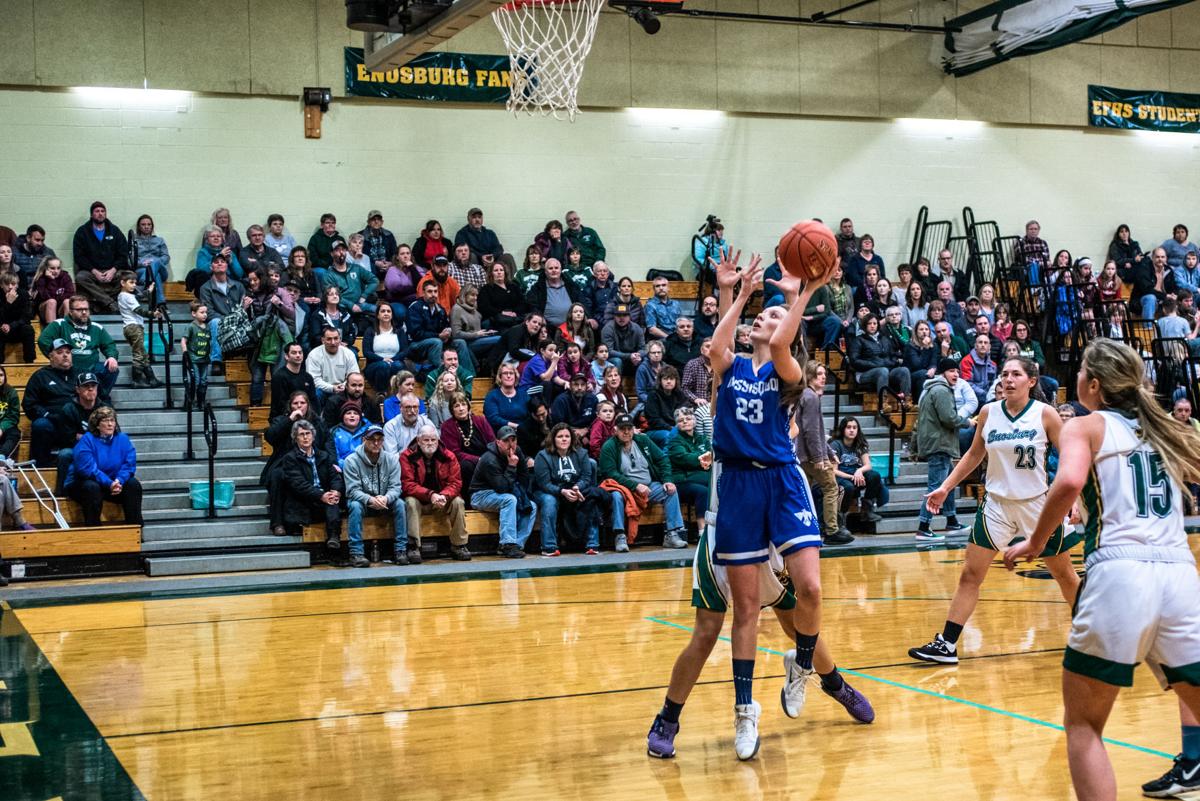 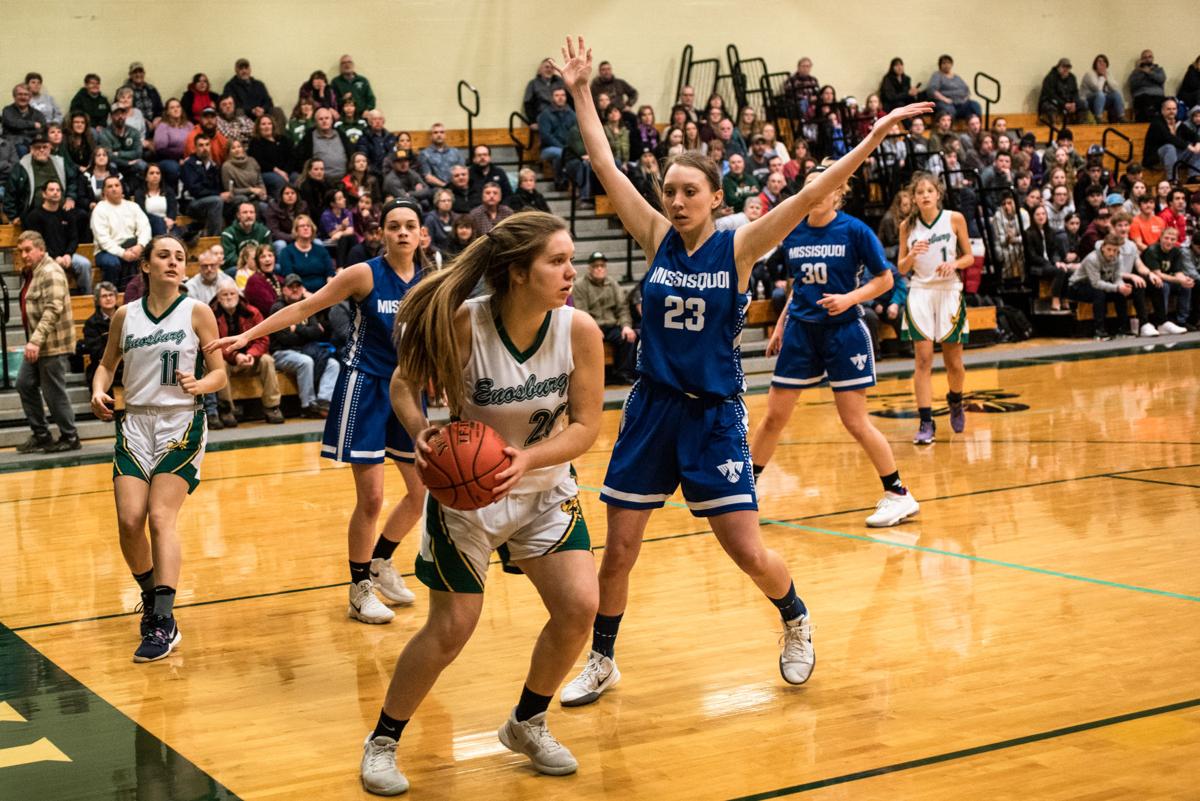 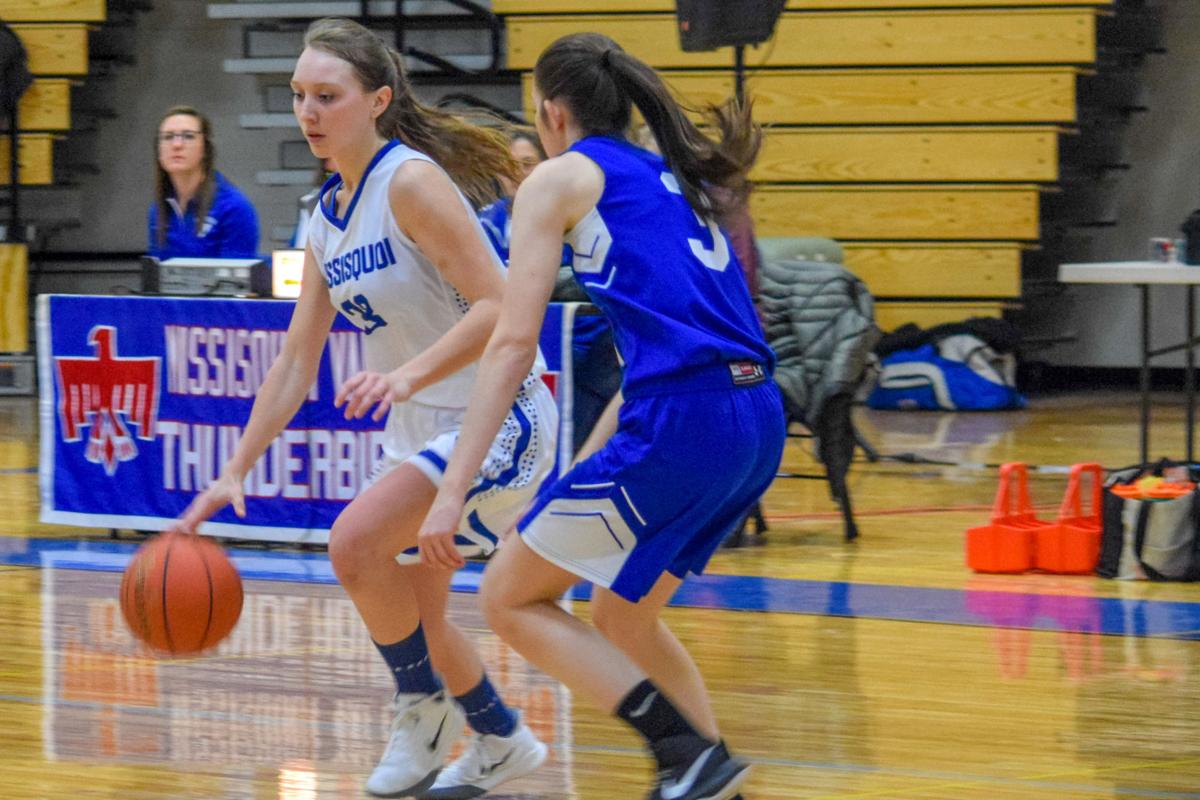 SWANTON — Macayla Langlois caught the attention of the Messenger Sports staff for her season-long leadership with the MVU girls basketball team.

Langlois has put up some big numbers for the Thunderbirds this year. Most recently, against Milton, she netted 18 points in limited minutes as MVU rolled past the Yellow Jackets 54-13.

At the end of January, Langlois netted an impressive 22 points against Winooski, a game the Thunderbirds won a 53-47 victory.

“Macayla is 100 percent a leader in everything she does. She doesn’t do it in an outspoken way--she leads by example, and the team follows her.

“She works hard on the boards for rebounds, and she scores a lot of points because of that,” said MVU coach Moses Power.

“She’s got a huge heart; she’s not the biggest kid on the court, but she plays like she is!”

“Macayla is a very coachable kid; she’ll do what’s asked of her, and she always asks questions when she needs to.”

This year, Langlois has expanded her offensive game, taking more shots from the perimeter.

“She’s got one of the best shots on the team, and she had never made a three-pointer before this year. She finally shot one and drained it, and she’s feeling more comfortable to let it fly,” said Power. “It’s nice to see her get excited about that.”

Power noted that Langlois was asked to join the varsity team as a freshman, but declined, opting to come up as a sophomore instead.

“That showed an unbelievable amount of maturity. All the coaches wanted her to come up, but she understood that she would develop more getting big minutes on JV and Abeing the focal point.

“When she joined the varsity team the next year, she was instantly the focal point. She sets a great example for the younger players. A player like Macayla makes it easy to coach!”

Langlois and the Thunderbirds had a big transition this year as Taylor Coppenrath stepped down, and Power took over the team.

“We went from a coach who worked mostly on my position to a coach who focuses more on the overall offense; it was a big change,” said Langlois.

“All of our plays changed as well, and we had to adjust. I think we’ve done that well.”

Langlois has seen her game improve over her junior season.

Langlois understands the value of teamwork and relationships.

“As a team, we look for the open person, and that works well. We’re all close on and off the court, and we work together well; that helps us on the court.”

Looking back over the season, Langlois noted that the Colchester game was one of her best.

“I was able to post up really well that game. We didn’t win the game, but we still played very well.”

She’s also enjoyed the fan support, especially the cheers from the ‘Bird Cage.’

“We’ve got the entire hockey team and the boys’ varsity basketball team. We love to hear them shouting!” said Langlois.

Langlois is a true lover of the game and enjoys playing basketball in and out of season. When asked if it was her favorite sport, her bright smile was the best answer.

“I love everything about the game,” said Langlois. “Every game still makes me nervous, but once I get into the momentum, I’m fine, and I love it!”