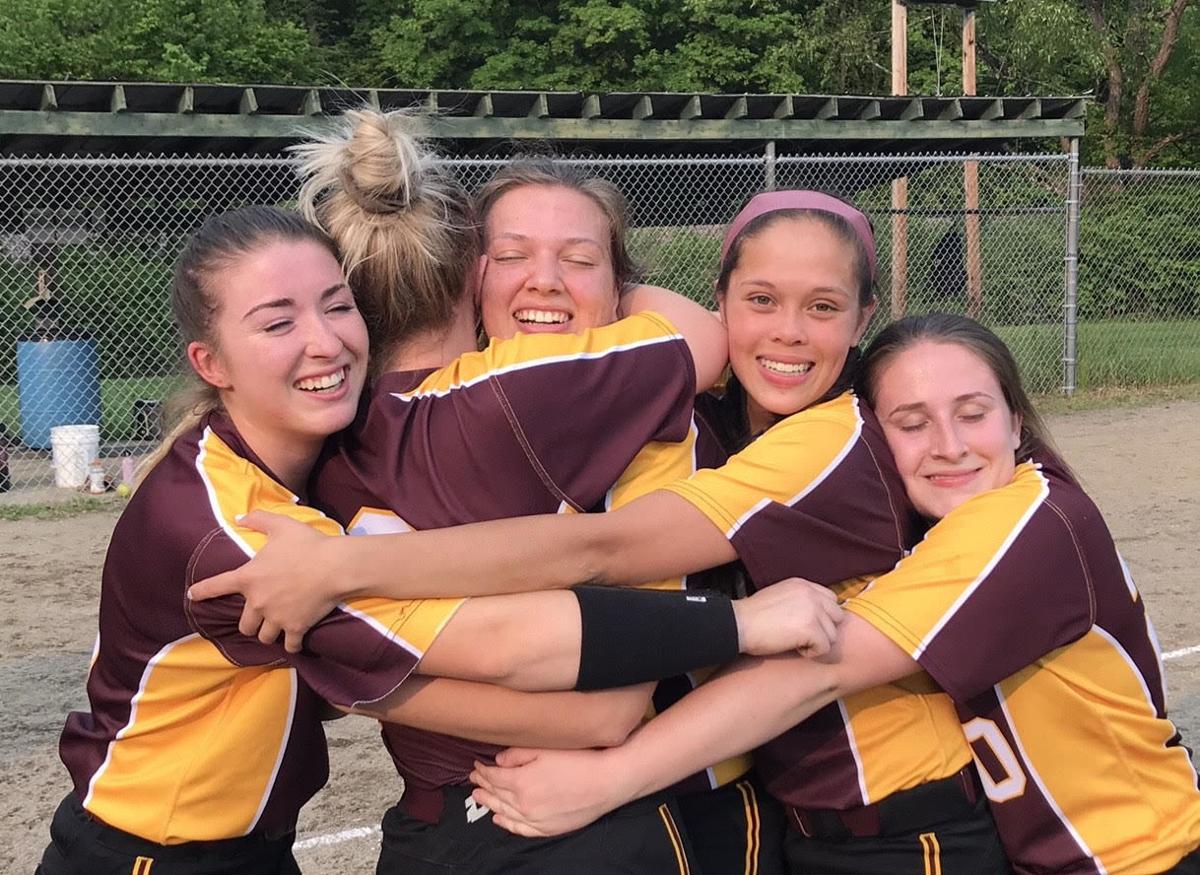 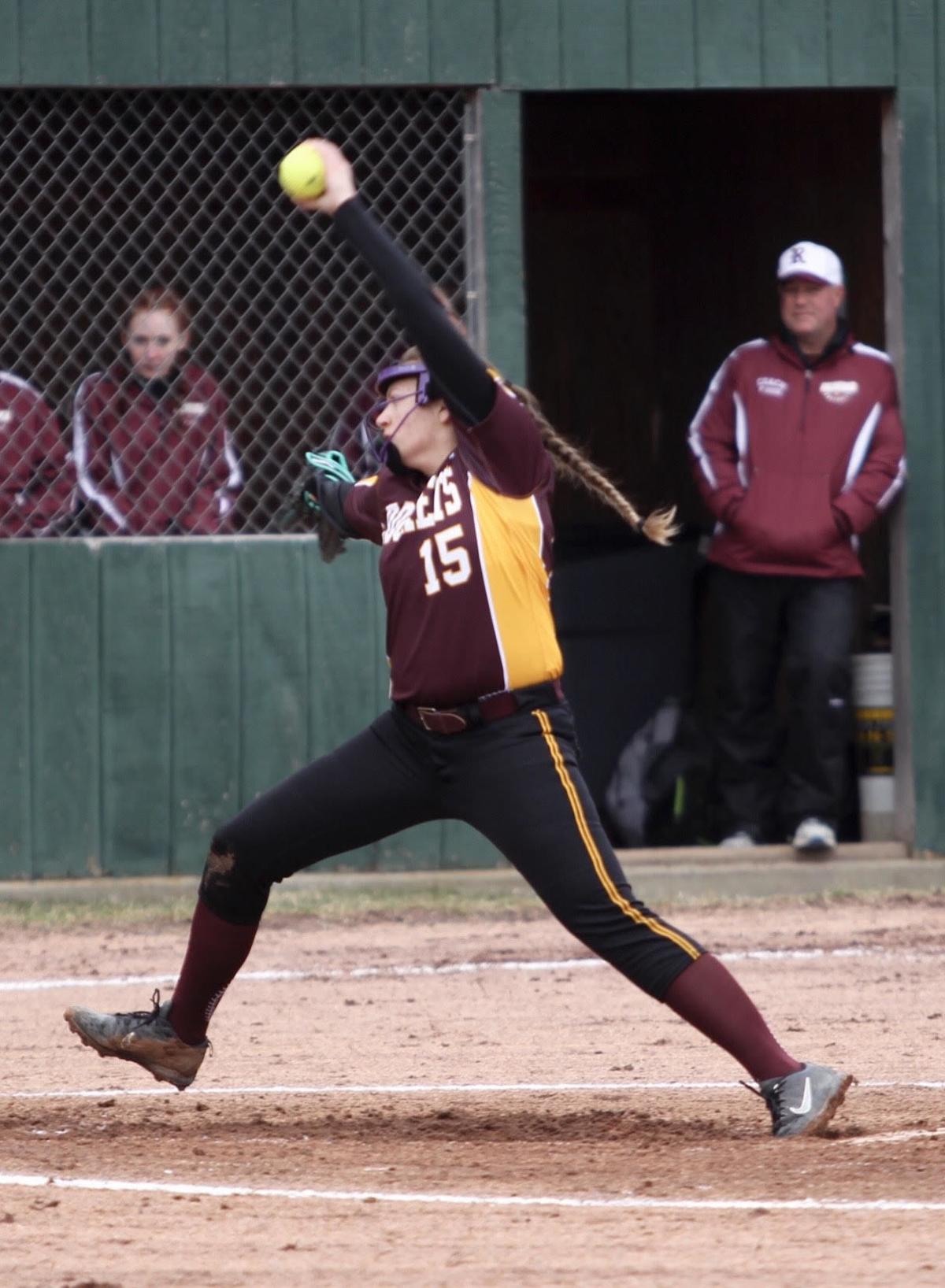 Katie Rotunno throws for the Rockets. 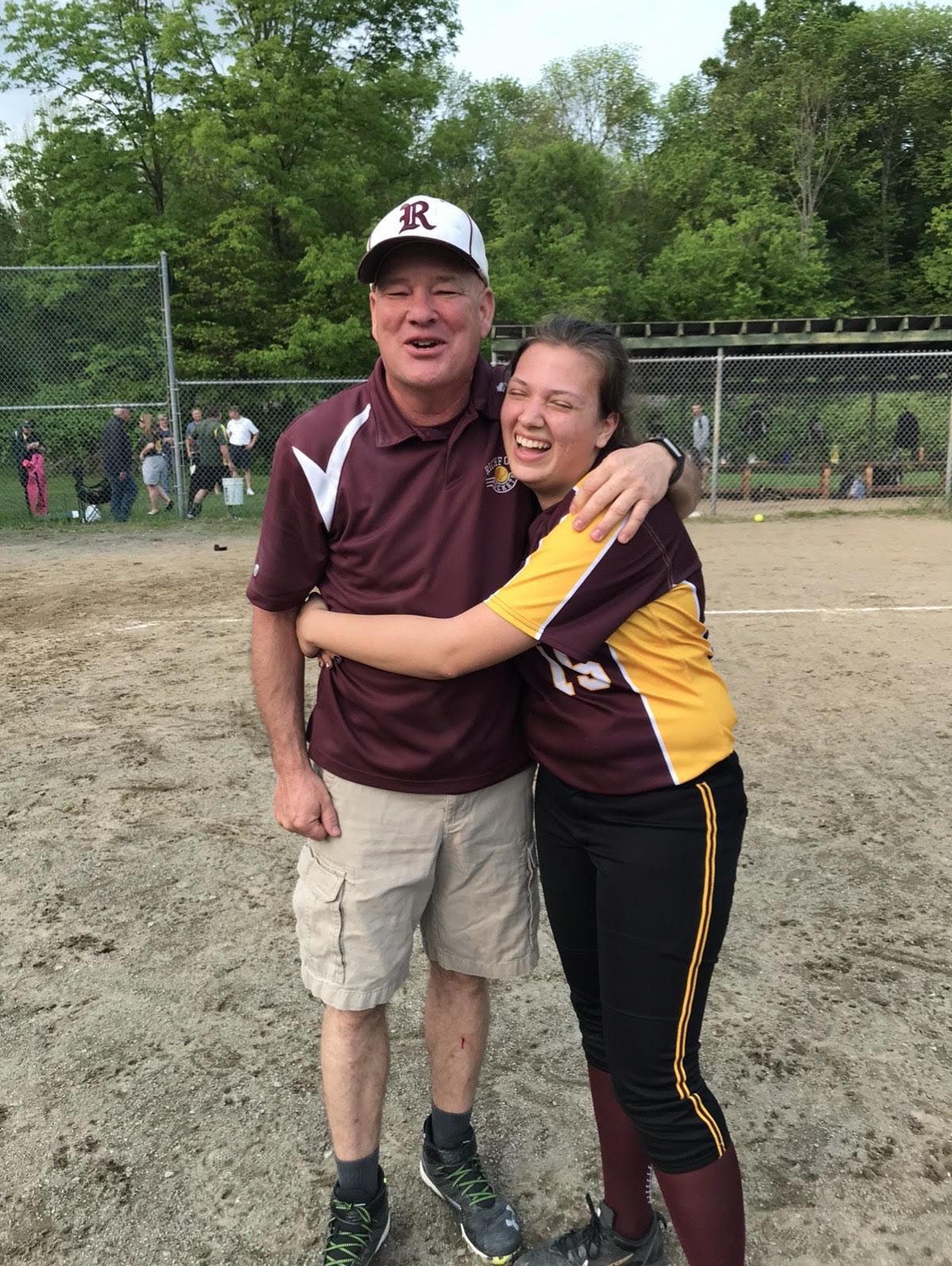 Katie with coach Jim Bose after the game. 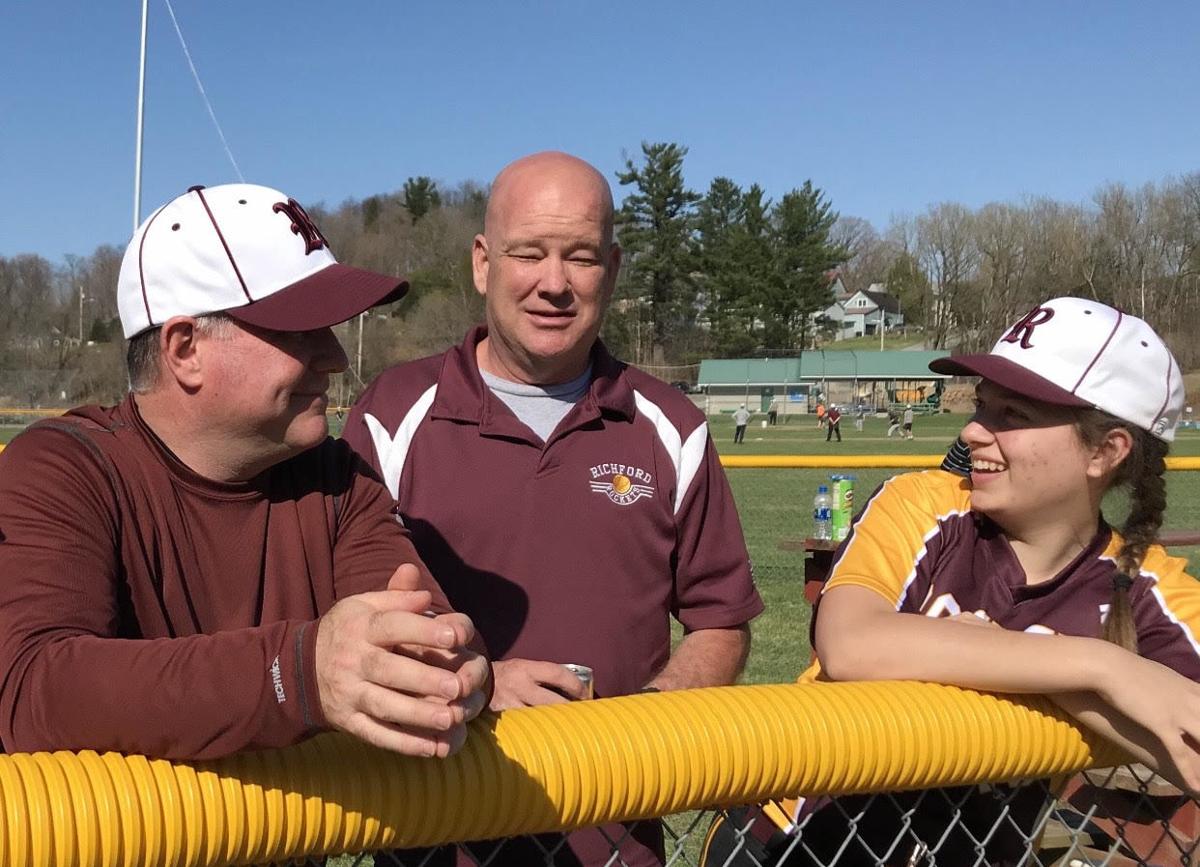 Katie Rotunno throws for the Rockets.

Katie with coach Jim Bose after the game.

Rotunno, a four-year varsity player for the Richford Rockets softball team, will be playing for the Lyndon Hornets softball program.

“We are super excited to have Katie join us. Our motto is to get better every day, and Katie will help us do that. She will fit in well with our young pitching staff, and we’re going to welcome her with open arms,” said Lyndon coach Kevin Valentine.

“We’re a program on the rise! We’re going to open some eyes, and bringing in kids like Katie really helps!”

Rotunno, who is looking forward to the next step in her educational career, is grateful for her time at RJSHS.

“I enjoyed playing for a small school; we all knew each other from elementary school, and we had really good chemistry,” said Rotunno.

“It was good to play for a small town and have the support of the community.”

Rotunno noted that the upset over Green Mountain in the quarter-final last year is one game she won’t forget from her high school career.

“I’ll always remember the last play of the seventh inning. Our coach, Jim Bose, asked who wanted the last out. Hannah Hurtubise wanted to get it at second, and Hayley Snider wanted it at first,” said Rotunno.

“I pitched the ball, and it was a grounder back to me. I threw it to Hayley, who caught it for the out. Everyone started screaming and came and hugged me. It was a great moment!”

“Coach Bose told me my freshman year that success doesn’t happen overnight, it takes a lot of hard work and sometimes big sacrifices, but in the end, it’s all worth it,” said Rotunno.

“I don’t think I’d be the pitcher I am today if it wasn’t for him. There were days I wanted to give up because it was a lot, but Coach Bose believed in me.

“There were times I wanted to pitch when I shouldn’t have, like when I was hurt. He was the only person that made me realize that if I pitched, I could lose my college plans, and my ability to throw,” said Rotunno.

“He also made me realize that there were more important things than just winning a game.

“The week I was injured, we had a big game against Oxbow. I had wanted to shut that game down and show Oxbow that I could do it,” said Rotunno.

“Coach Bose told me that he would rather lose to Oxbow than have me hurt my arm. He always puts his players first; he was a great friend and mentor.”

Bose also brought in his brother, Pat, to help coach.

”We called Pat, Bose 2.0, and he taught me a lot about hitting and how to focus in on the catcher’s glove and block out all distractions while pitching,” said Rotunno. ”He made our softball family whole when he decided to come help us.”

Like many high school pitchers, Rotunno put in extra work in the offseason. She threw with Ralph Halbach for six years, played softball for Coach Bose in the summer, and helped teach younger girls how to pitch in Richford.

Last summer, while playing for the Vermont Pride out of North Country, Rotunno was contacted by a coach from the Vermont Venom who requested that she pitch for them in a tournament.

“It was a fun weekend, and I was going to play for them this summer, but I don’t know if that will happen,” said Rotunno.

Rotunno recalled taking a trip to Lyndon State College as an eighth-grader; she felt then that she’d like to attend the college.

Last year after a shoulder injury, a recruiter from Lyndon contacted her about playing for NVU Lyndon.

“Coach Valentine of the Lyndon team called me this year to see if I would play for them, and that sealed the deal,” said Rotunno. “I felt like it was where I belonged.”