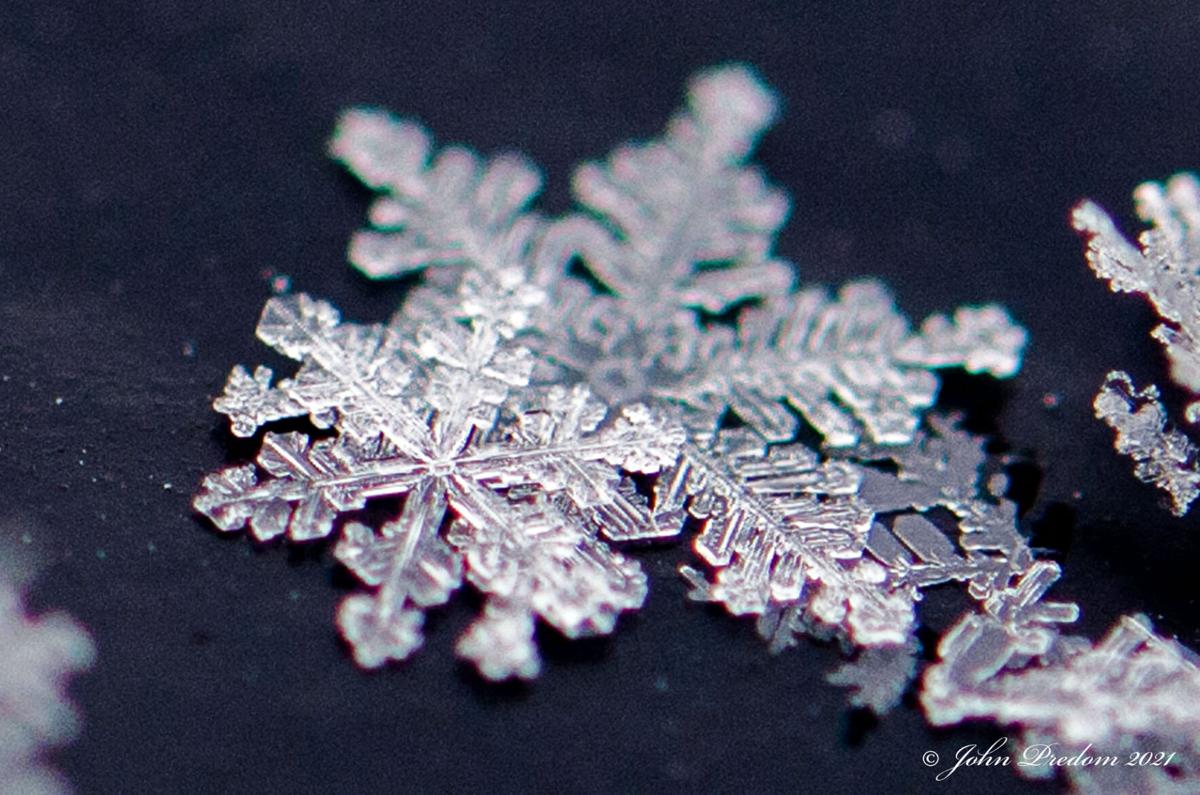 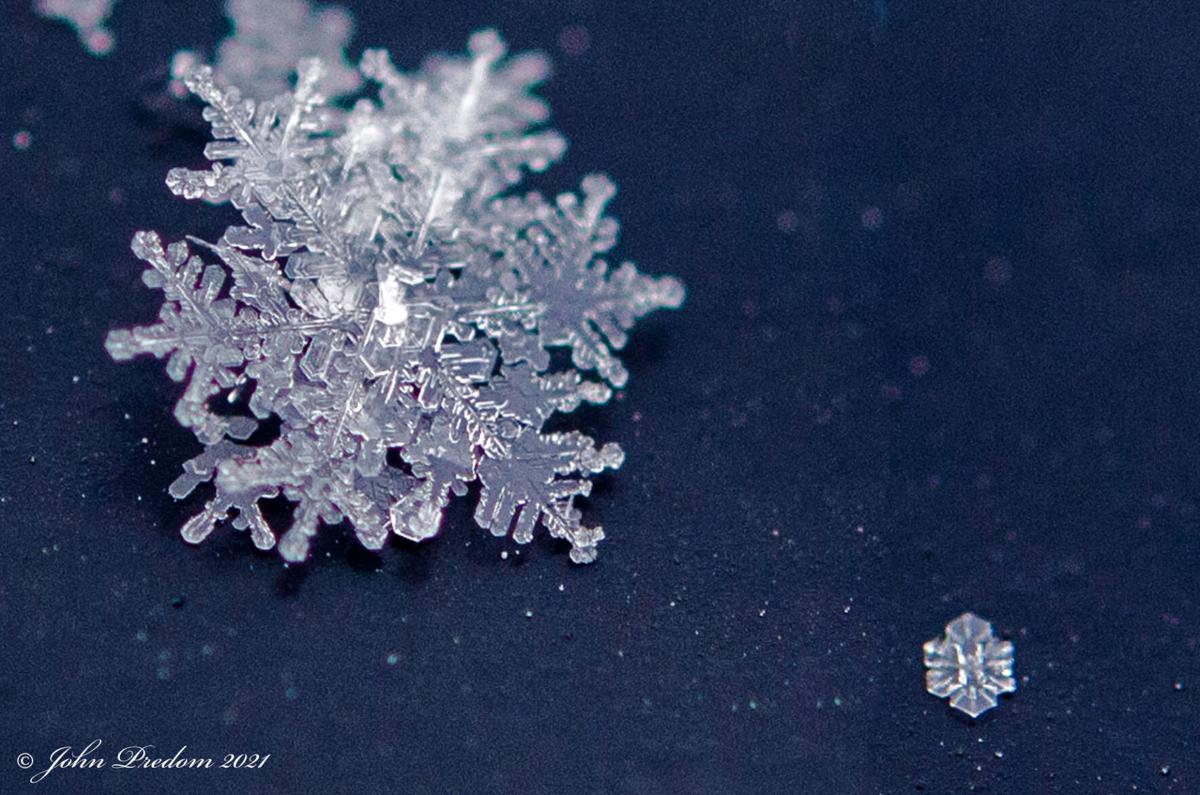 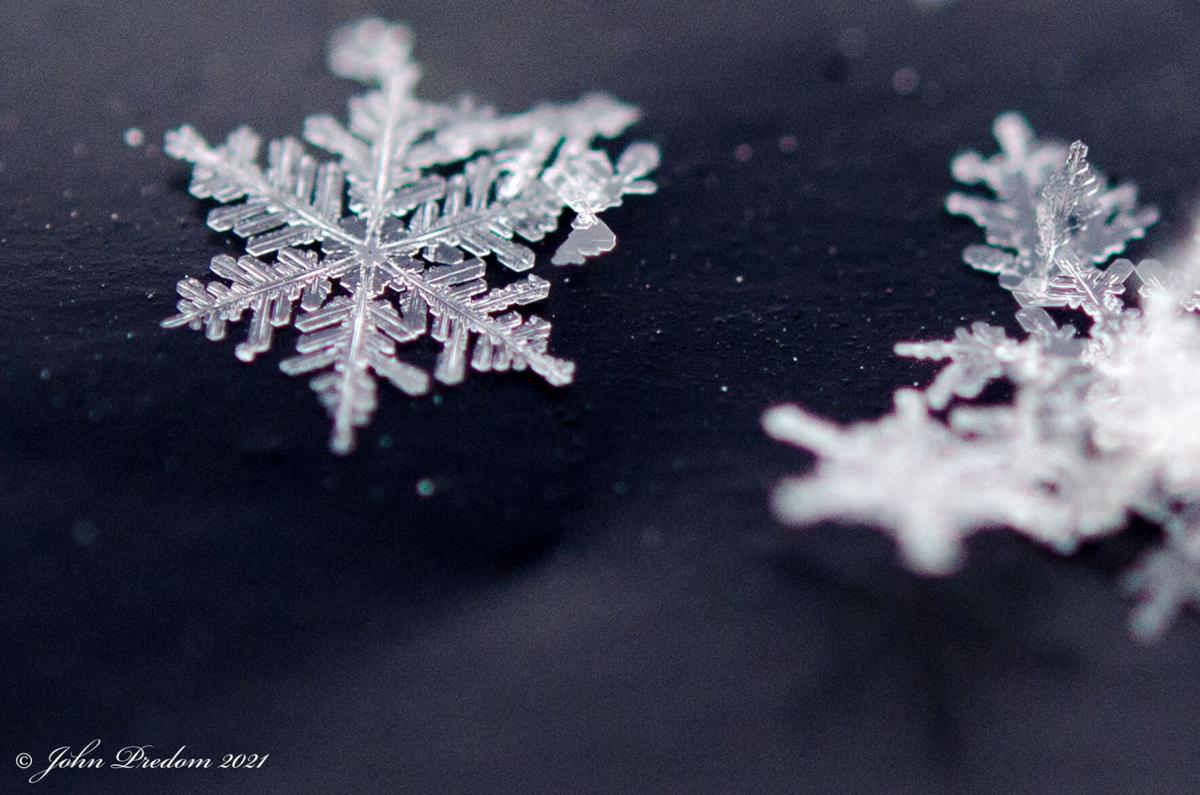 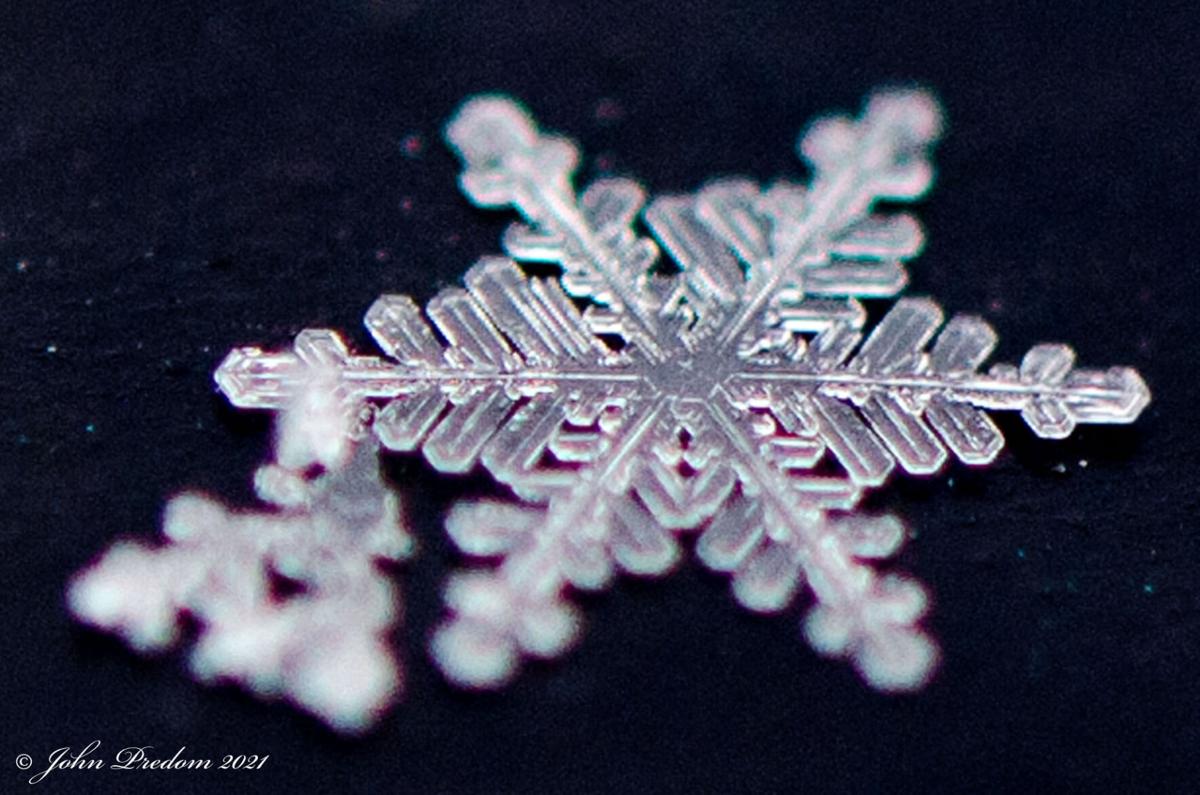 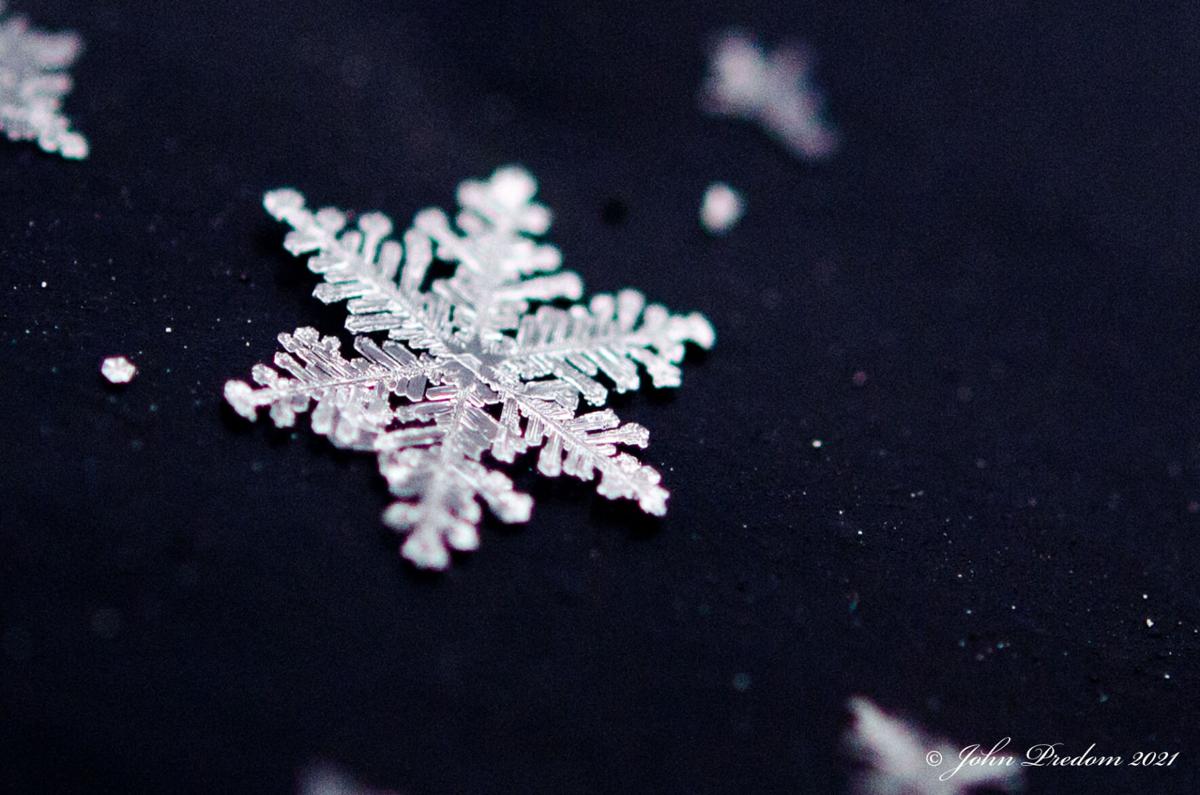 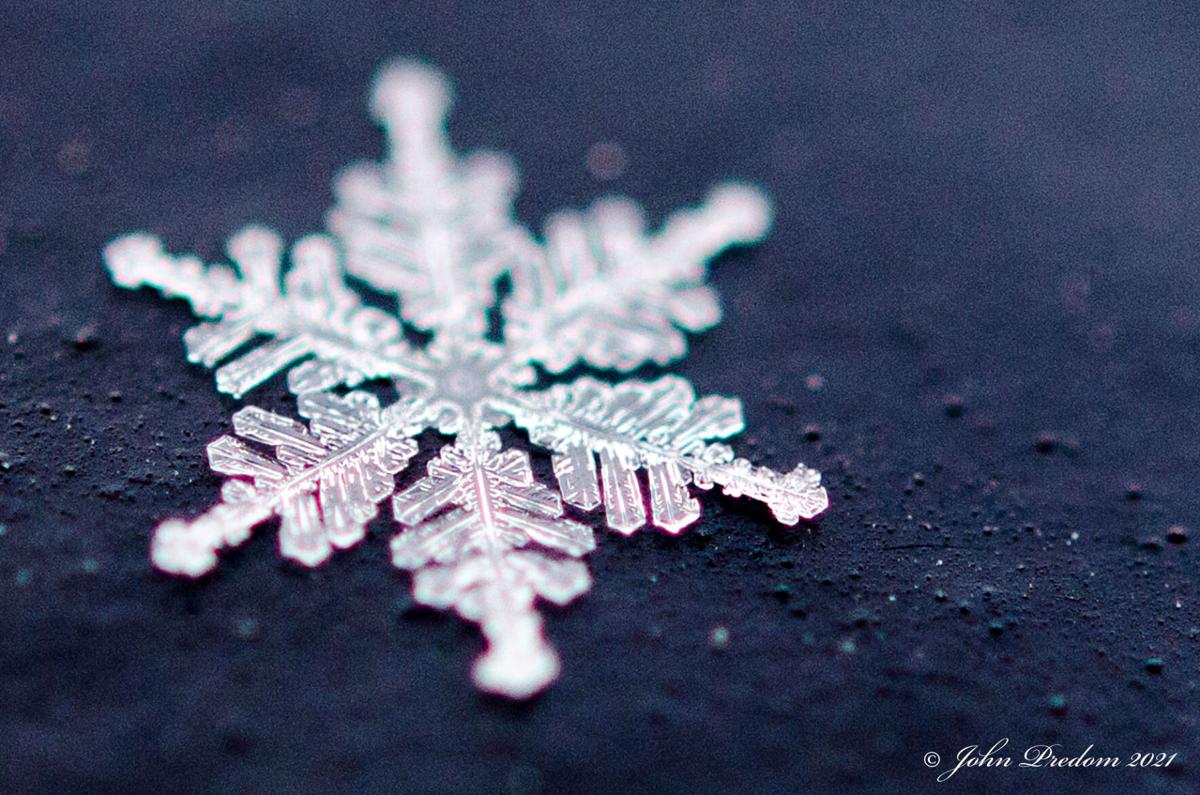 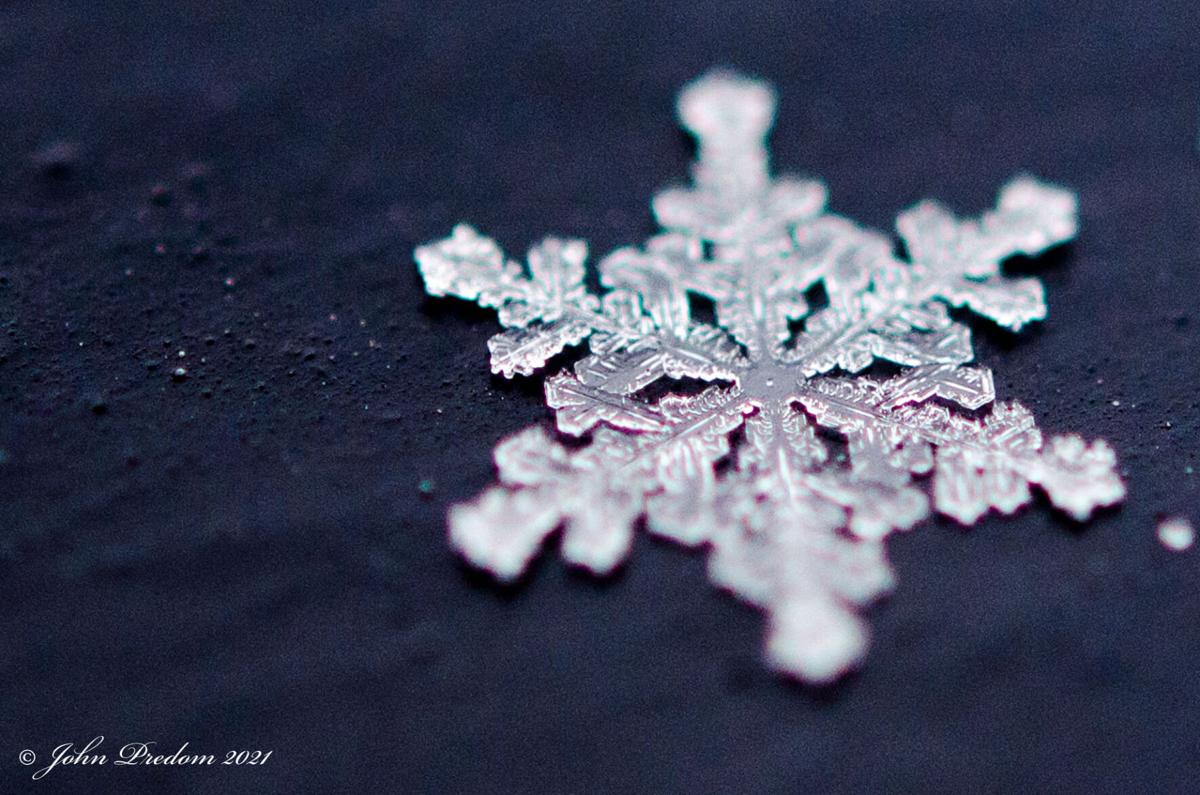 NORTH EAST KINGDOM — We've all heard the saying that no two snowflakes are alike, but how many of us have seen this for ourselves? John Predom, a photographer and outdoor enthusiast from the North East Kingdom in Vermont, captured these beautiful photos of snowflakes last week.

Predom uses a 60mm macro lens set to f2.8; he adjusts the shutter speed for the light and manually focuses each snowflake. He noted he uses a contractor's bag for a background and prefers to capture the images when there are just a few flakes.

No stranger to winter, Predom has found many ways to enjoy Vermont's cold months. You may remember his name from the Outdoors with Ruthie a few weeks ago; I had the opportunity to speak with John and share the beautiful snowshoe art he creates each winter.

How much snow does Vermont get each year?

On average, Cabot, VT, gets the most snow with 149 inches.

St. Albans receives an average of 80 inches of snow each year.

On average, Vermont gets 71 inches of snow compared to 11 inches across the United States.

According to NOAA, the biggest recorded snowfall was reported in January 2010, when 33 inches fell over the January 2-3.

The coldest month in Vermont is January when the average temperature is 9 degrees.

Outdoors with Ruthie: Have you seen the work of snowshoe artist John Predom?

NORTHEAST KINGDOM — While scrolling through my Facebook feed, I came upon something remarkable that was happening just outside of Franklin Cou…