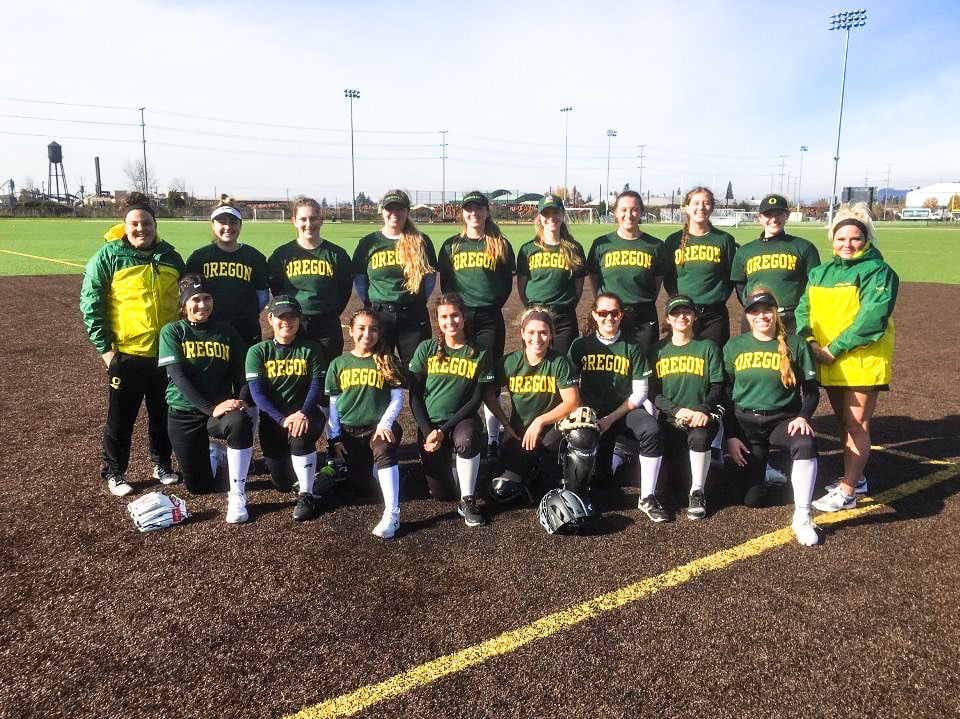 Autumn Gratton, third in from the right, poses with the Oregon club softball team. 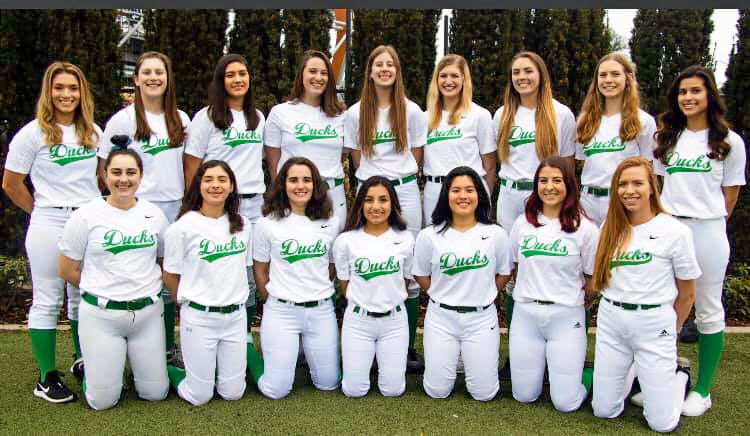 Gratton, third from the left in the front row, poses with the Oregon club softball team. 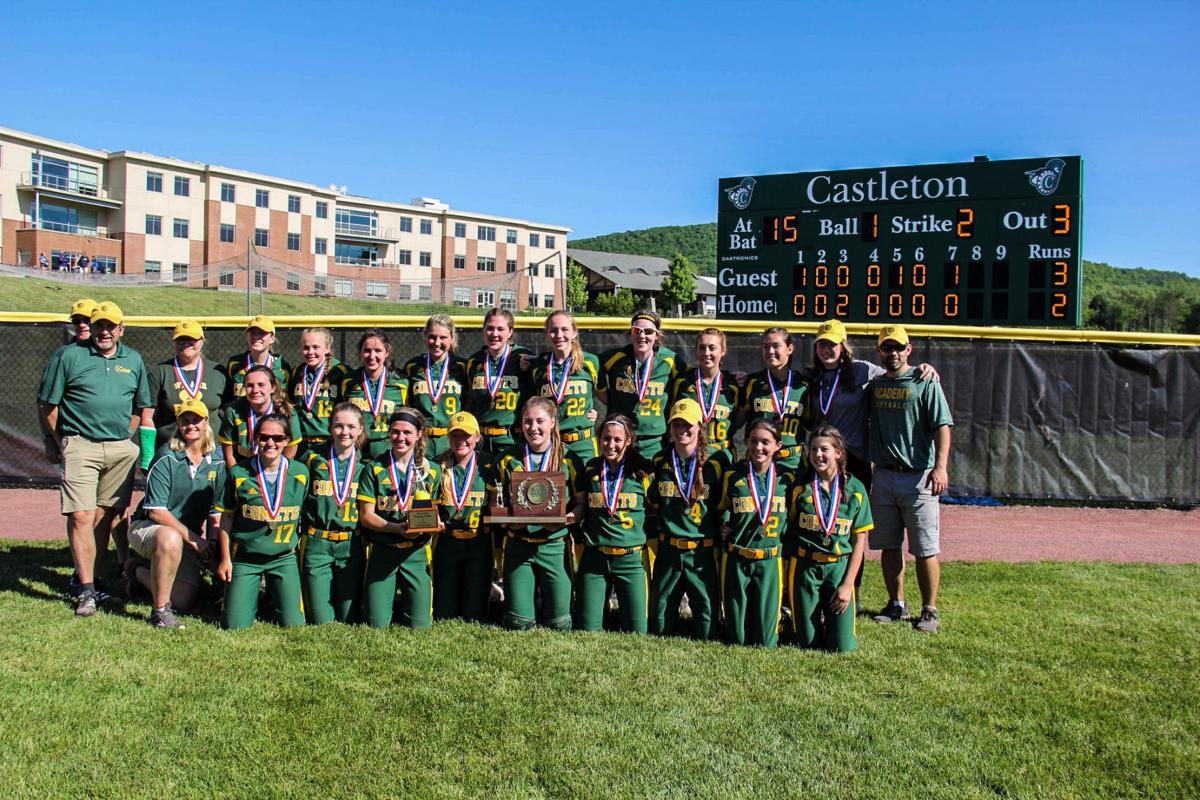 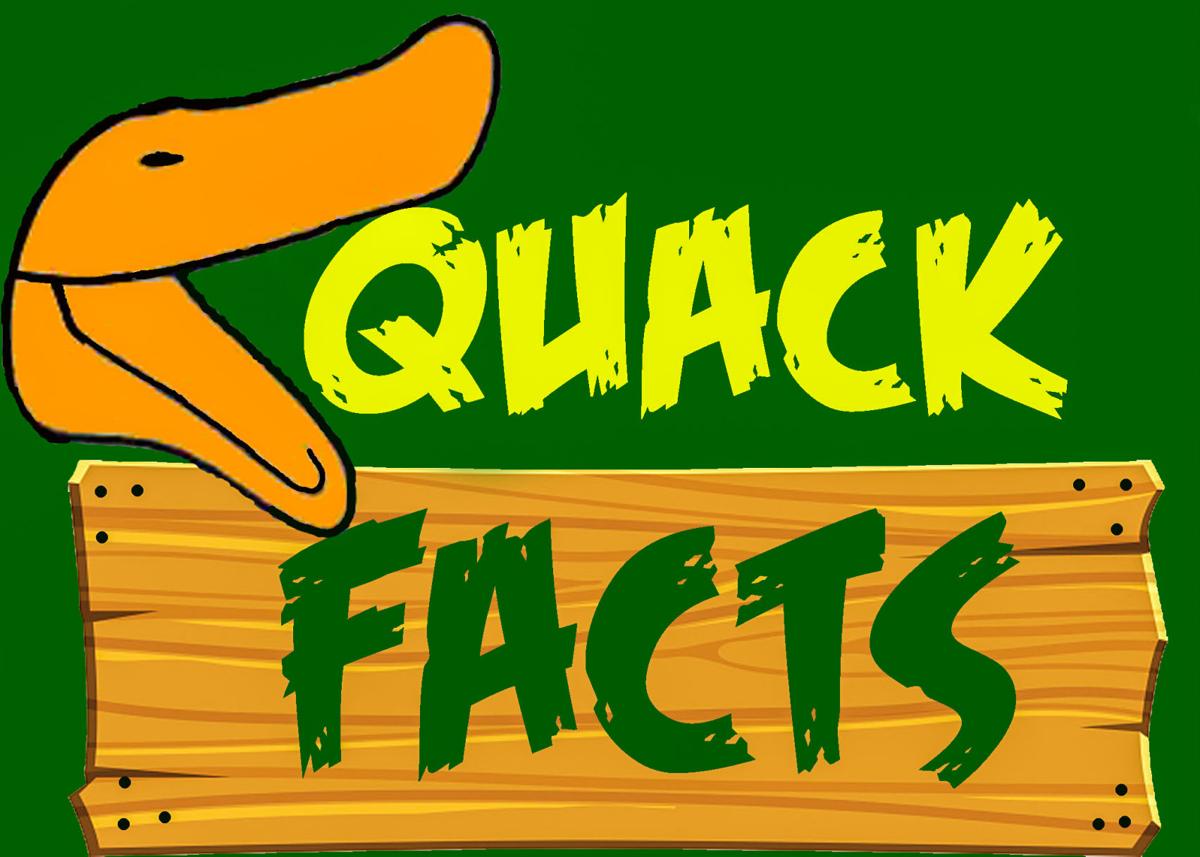 Autumn Gratton, third in from the right, poses with the Oregon club softball team.

Gratton, third from the left in the front row, poses with the Oregon club softball team.

EUGENE, OR — Autumn Gratton’s voice came across the phone line from 3,029 miles away.

The freshman at the University of Oregon was preparing for an ACL surgery that was eventually canceled due to COVID-19 shutdowns.

This time last spring, Gratton and her BFA St. Albans Comet teammates were kicking off a championship softball season that culminated in a nailbiter of a title game.

The Comets slipped past in-county rivals, the MVU Thunderbirds, to secure the DI title in an epic battle, hosted at Castleton University.

In the fall of 2019, Gratton officially became a ‘Duck,’ and she’s even had an opportunity to see her ideas come to life on the West Coast.

“We had a project to complete for an entrepreneurship class. We had to design something that could be sold at the Duck Store,” said Gratton.

“We decided people would want to buy something that was related to their school but wasn’t too expensive.”

The team put their heads together and completed their homework assignment.

“We came up with Quack Facts: the Party Pack. It’s a trivia game that includes questions about the sports culture at the University of Oregon and different things that have to do with student life on campus.

“The kit also includes some essential college items, all in green and gold.

“We knew we needed to have something that would be useful for a wide audience, and the trivia game really set the idea apart.”

Along with designing the item, they also had to come up with the backend details.

“We found out what it would cost to make it and what we’d have to sell it to make a profit. We also looked at what people would be willing to pay.”

As part of the assignment, the teams had to ‘pitch’ their ideas to the Duck Store.

“The buyers at the Duck Store told us they thought our product would sell, and they wanted to buy our idea.

“We started this as class a project, but now we know we could sell the idea.”

Out of fifteen groups presenting, Gratton and her team were the ones chosen to be added to the Duck Store’s inventory.

“We are hoping to have this in the Duck Store by next Christmas if we can. We want to make sure we hit the market at the right time.”

Gratton also opted to try out for the school’s club softball team in the fall, making the team after five other girls were cut.

“It was cool because it’s not as competitive as the varsity team, but there was always competition to keep my spot.”

Gratton played in two games over the first weekend of the season, playing at second base and stealing six bases.

“Our season goes on win indexes, so we were really trying to win the game,” said Gratton. “The league looks at how many runs scored to help determine who goes to regionals, so my coach was really encouraging us to score.”

She had noticed while running suicides in practice, that her knee had popped out, so she went to see a trainer. A trip to a doctor confirmed that she’d torn her ACL.

“I most likely played my senior softball season with it torn. It kept popping out and doing funny things during that year. I figured it was just strained,” said Gratton.

“I worked to keep myself healthy, and I played for the Rockets all summer on it.”

Gratton has loved playing the game of softball, but she also hopes to coach.

“I would like to get an internship with the softball program at Oregon because it would help me realize what it’s like to play at that level without actually being on the team,” said Gratton.

“That would help me gain the knowledge to help others train to play at that level. I want to be able to teach other people so they can reach their goals. I’m very passionate about teaching people the game.

“The women’s sports market is growing, and I want to be part of that. I want to help prepare young women to compete at the highest level.”

“I’m decent at the game, and I am good at teaching others and helping them feel confident. Ultimately, at the end of a game--win or lose, you want to smile and say, ‘that was fun,’” said Gratton.

“I think people forget that the whole point of playing is to have fun! I knew that I loved the game when I was able to lose a big game and still love the game.

“I don’t know where I’ll end up, but I love softball, and I can’t imagine living life without it.”