Starting at
$5.00 for 30 days
Get Started
View all rates
You are the owner of this article.
Edit Article Add New Article
You have permission to edit this article.
Edit
Subscribe | Sign In
Home
News
Sports
Classifieds
Obituaries
Editorial
Business Directory
Things to Do
About Us
e-Edition
2020 Meet Your Business Community
2020 Resource Directory
NEWSLETTERS
1 of 6 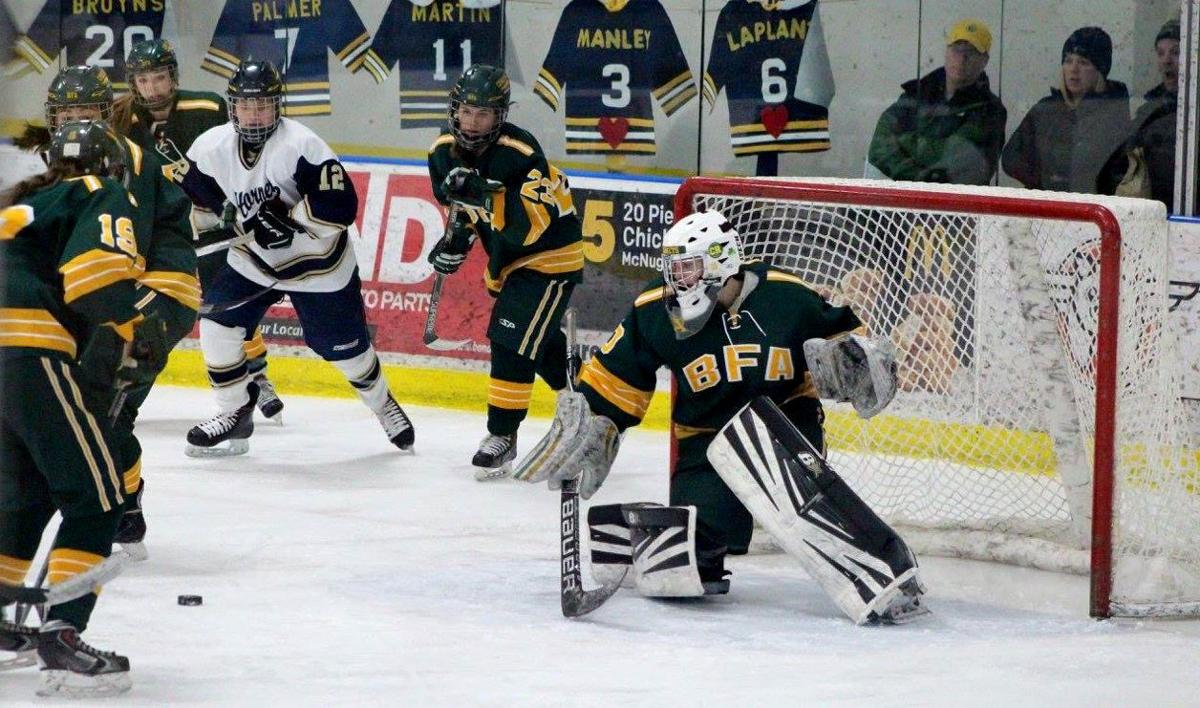 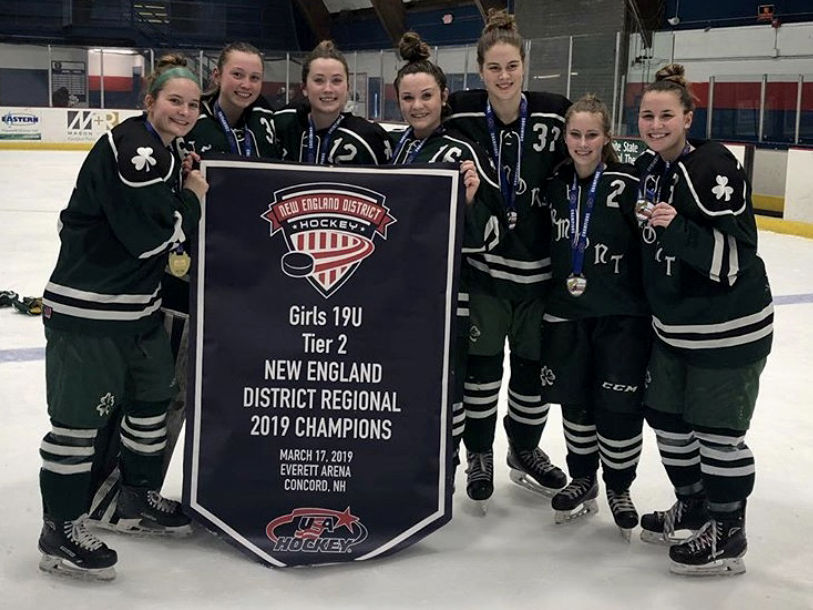 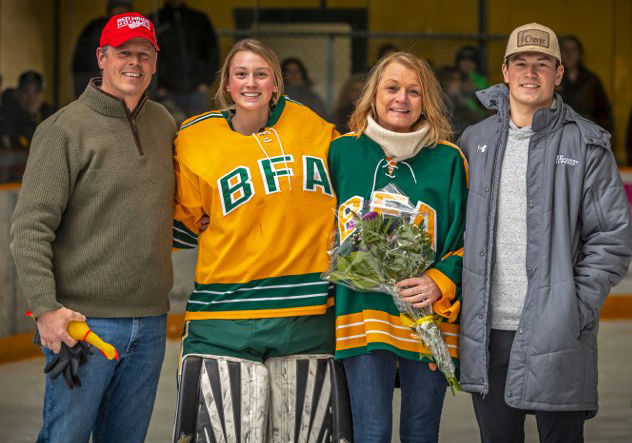 Bill, Maddie, Linda, and Owen Hungerford pose for a photo on senior night. 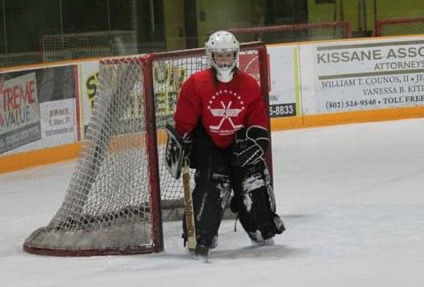 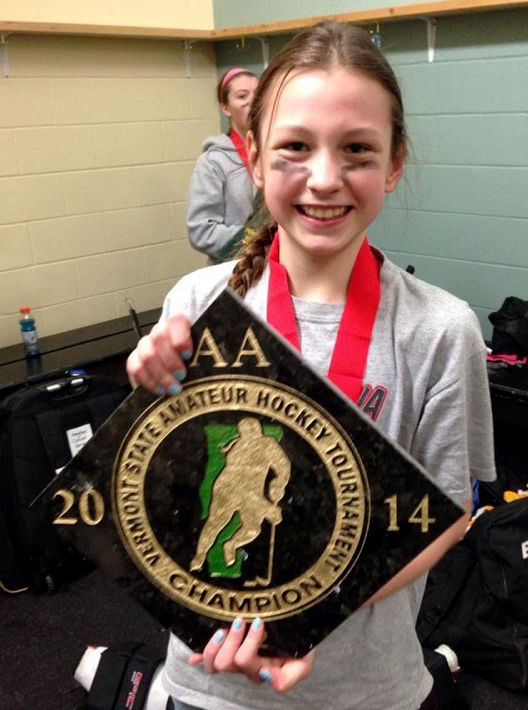 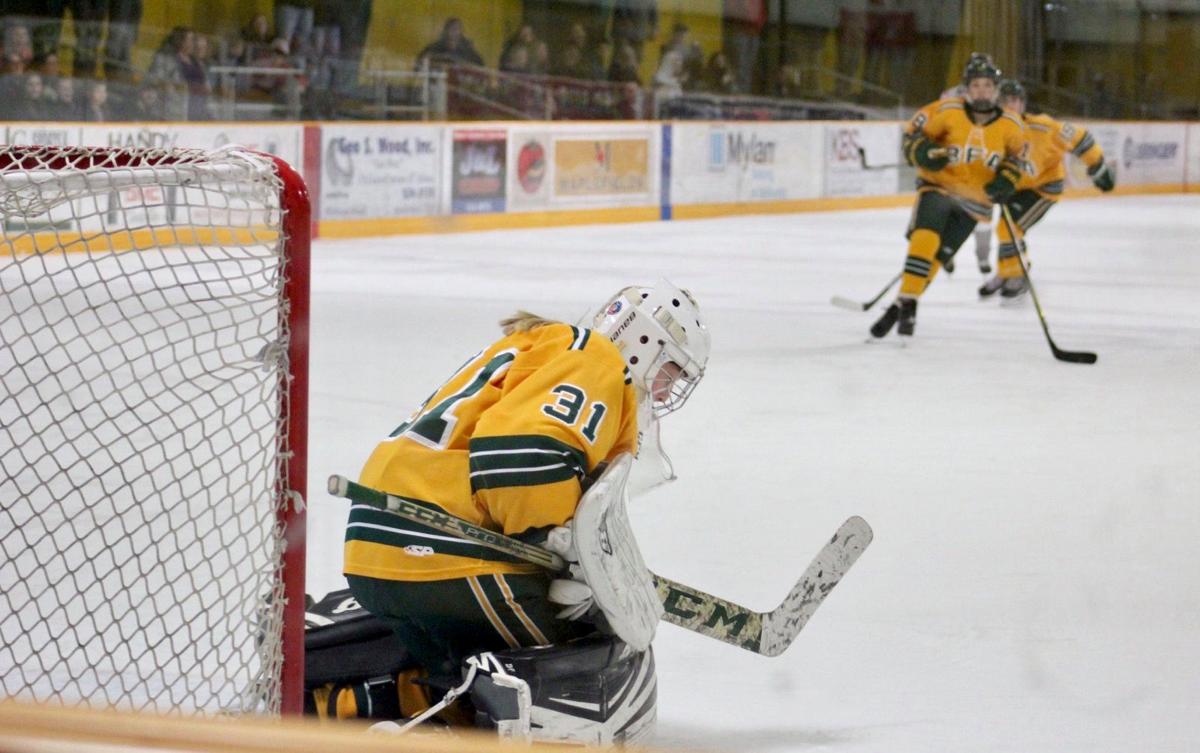 Bill, Maddie, Linda, and Owen Hungerford pose for a photo on senior night.

ST. ALBANS — Maddie Hungerford has left her mark on the Comet hockey program, thanks to a lot of hard work and her love for the game.

“I still remember Shanley Howrigan’s green and gold pads; I thought that was the coolest thing ever!” said Hungerford, who was a U10 player at the time.

“I’d stand behind the net, and if the puck hit the glass, I’d be happy if I didn’t flinch.”

Hungerford shares the record for most shutouts in a season, seven, with Nadeau and Howrigan.

This summer is one of the first the decorated Comet goalie has had ‘off.’

In previous years, she’d be lacing her skates and playing with the Vermont Shamrocks hockey team.

“It was different not playing this summer, but we did get some of the Shamrock girls together and had a grad party,” said Hungerford.

“It was good to see them! I’m still very close with some of the girls.”

Hungerford’s teammates on the Shamrocks included Comet players and players from the rival Essex Hornets.

“The two times I went to Nationals with the Shamrocks, we finished second,” said Hungerford.

“We were playing against teams from all over the country, even as far away as Alaska.”

Hungerford began skating at three years old and continued to hone her skills throughout elementary and high school.

“Hockey was a huge part of my childhood; I have so many memories. Most of my greatest achievements and my deepest lows came from hockey,” said Hungerford.

“It’s kind of tough to stick with something this long. When I was young, I would have to work to stay focused. Each year had its own success.”

During her eighth grade year, Hungerford was called up to practice with the Comets; her freshman year, she worked alongside Comet goalie Gabby Metz.

“Gabby was great; she taught me a lot about composure, and we had a lot of fun together,” said Hungerford.

“At the end of that year, my dad told me I might be able to get some good numbers with the Comets,” said Hungerford.

“My parents always thought I’d do something like that; they gave me confidence.”

The Comets won the DI title in Hungerford’s sophomore year.

“That was a great year! I remember being very focused and confident at that time in my life,” said Hungerford.

“Roxanne Handy was our goalie coach, and I was getting a lot of feedback and learning a lot of techniques. I remember being confident, and that’s a big thing.

“We were a close team, and it was a big win for all of us, including Molly Marshall, our only senior player, and our captain. I’m so glad I got to experience it!”

Although the Comets were unable to repeat the championship, Hungerford valued the experiences she had in her junior and senior years.

It was her senior year that she secured her spot among the Comet elite.

“My senior year didn’t go as I pictured it, but the records I got showed me that my hard work did pay off. They’ll be one of the things I remember about my senior year.”

When asked what advice she’d give to young players, Hungerford spoke wisely.

“Keep working hard, take support and criticism, and enjoy the support of your family. They will push you,” said Hungerford.

“Most of all, have fun! I probably wouldn’t have been as successful if I hadn’t enjoyed the game so much.”