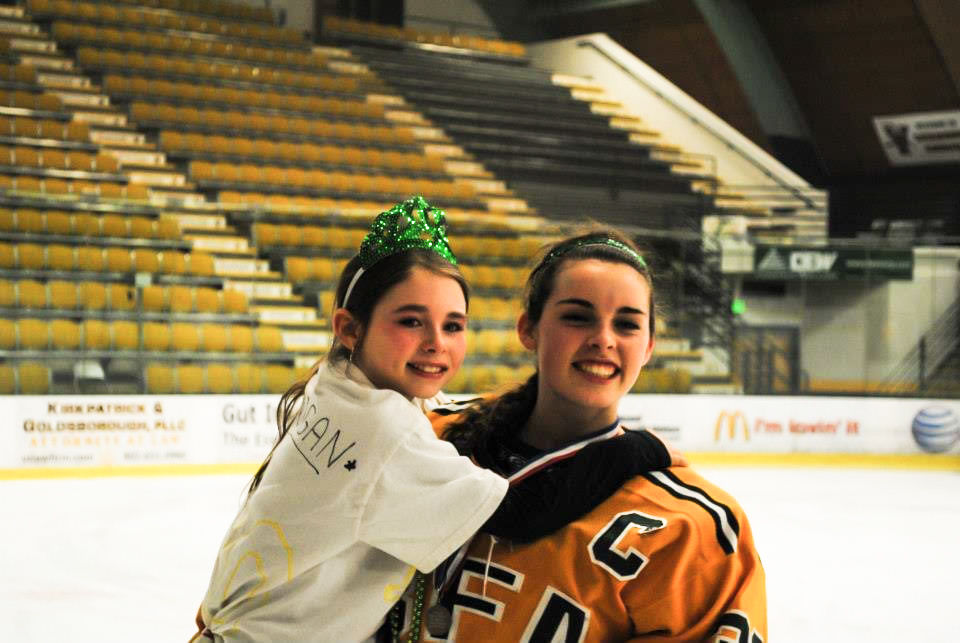 Shanley and her younger sister Rowan celebrate at Gutterson Fieldhouse. Rowan played her first season with the Comets this winter. 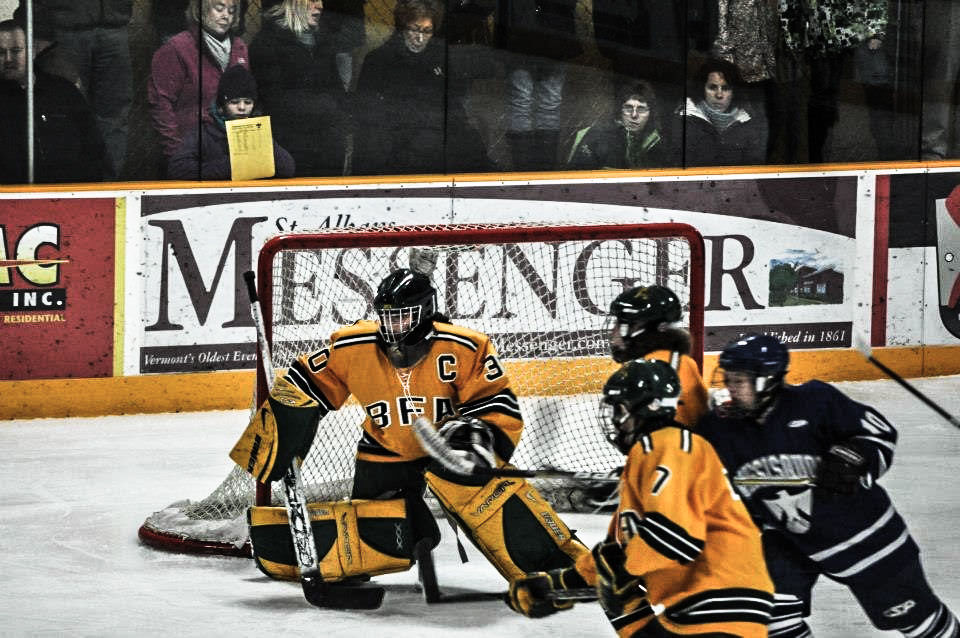 Shanley Howrigan defends the goal during an in-county contest with the MVU Thunderbirds. 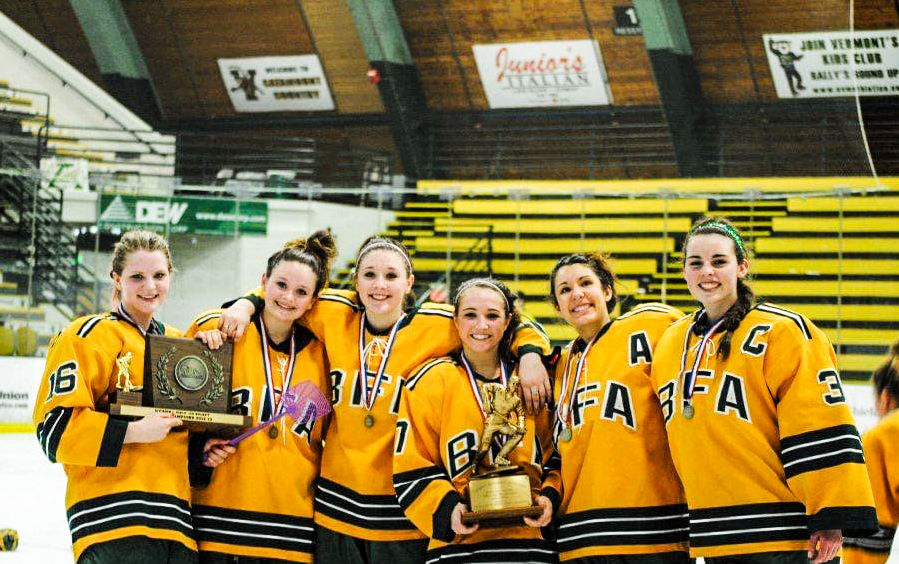 Shanley Howrigan (far right) poses with her Comet teammates after a title win. 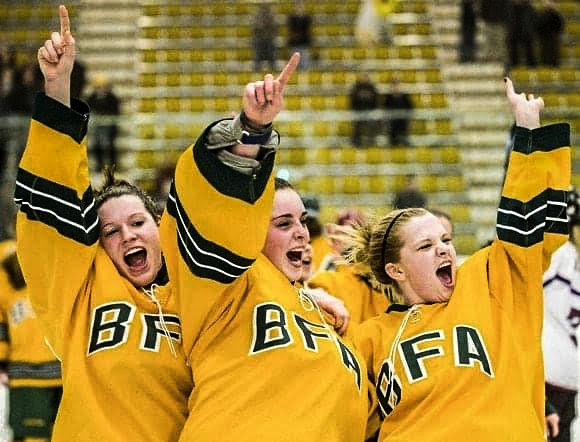 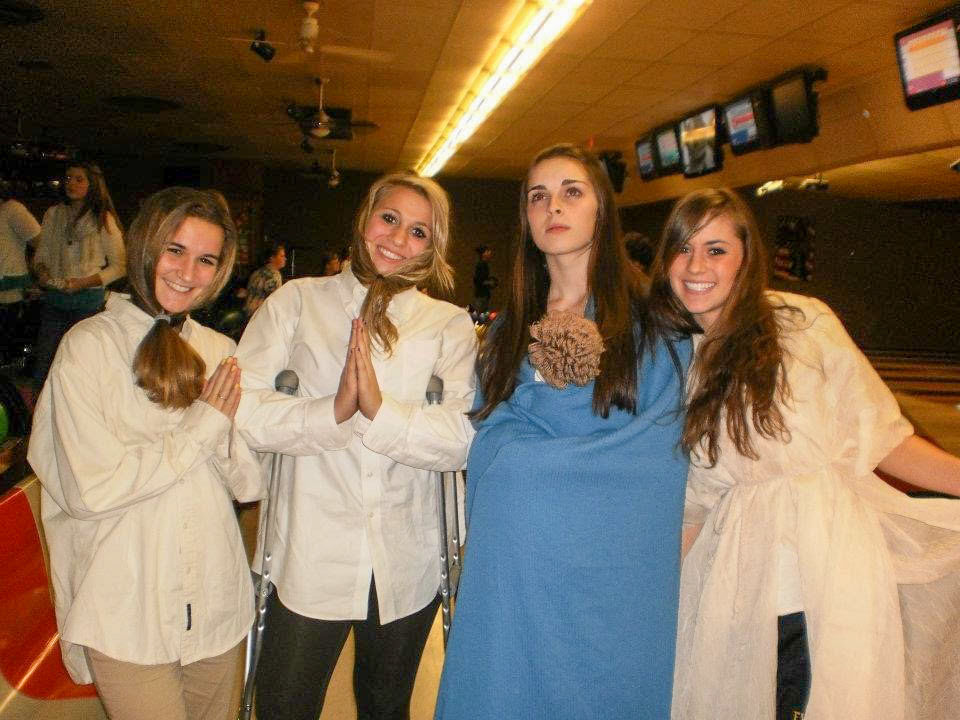 Shanley and her younger sister Rowan celebrate at Gutterson Fieldhouse. Rowan played her first season with the Comets this winter.

Shanley Howrigan defends the goal during an in-county contest with the MVU Thunderbirds.

Shanley Howrigan (far right) poses with her Comet teammates after a title win.

ST. ALBANS, VT/CHARLOTTE, NC — This winter, during the Comets 20th season, Shanley Howrigan (2010-2013) was recognized as an All-Decade Player for her contributions to the team.

"One of my favorite memories on the ice would be the 2010 state championship game," said Howrigan. "It was the last one played at Norwich, and it was a packed house.

"We were up 1-0, and we'd taken some late penalties. It was six on three since the other team had pulled their goalie.

"It was the longest minute of my life. We ended up winning, and we won with a full team effort."

"We had one on the point trying to deflect and one trying to make sure I could see the puck coming," said Howrigan.

"We were all so relieved with that victory, and it's one of the sweetest feelings. Any players who were on the team with me will remember that moment!"

"Playing at Gutterson was always fun because it felt like our home rink all decked out in green and gold."

Howrigan is one of four siblings to play for BFA St. Albans; she, Mark, and Drew have all graduated. Rowan is currently a student.

"We were raised to get up and give it our all every day. That work ethic, coupled with the support and enthusiasm that encompasses BFA athletics was wonderful for us.

"There were so many people, including Dan Marlow and Mary Brouillette, who were great role models. The BFA athletic program has a great reputation with the teams supporting each other; it's remarkable.

"My brothers looked up to coach Murry in football, and Luke and Jeff were always positive role models for me," said Howrigan, "and the boys loved Toby Ducolon. I always remember Toby calling my brother 'Howrigan.'"

Rowan, the youngest in the family, donned a Comet jersey this year.

"I remember the feeling the first time I was on the other side of the glass at a BFA game; I was one of 'those' girls. Now Rowan is as well.

"To know that we're adding such an exceptional program between us is special," said Shanley. "I have photos of me holding her in my arms on my game days.

Howrigan learned many life lessons during her time playing for the Comets that she applies to her life today.

"We learned to be positive and uplifting; it's become second nature for me to look for the bright side," said Howrigan. "No matter what's going on, I need to figure out how to make it positive, and I like to encourage others in that way, too.

"They also taught us to be there to support those around us, and to look out for the greater good of the group. I use those skills today in my workplace."

The Comet coaches also encouraged Howrigan and her teammates to work hard each year.

"No year was ever taken for granted," said Howrigan. "We knew it was going to take just as much work to continue to be the best every year."

Looking back, Howrigan marveled at the investment Luke Cioffi and Jeff Rouleau have made in all of the Comets.

"From year one, their goal was to create something bigger than themselves. They used hockey to inspire hundreds of young women at such an impressionable time in their lives. They always wanted us to be the best we could be."

Howrigan also remembered the fun she had with the coaches and the team, including the many Comet traditions.

"The chicken!" said Howrigan laughing. "We were the crazy St. Albans people passing around a rubber chicken.

"The first team dinner was always at Cioffi's house, and we got a fridge in the locker room; we always had chocolate milk!

"Every Christmas Eve before the alumni game, we did a Yankee Swap, and I liked that tradition," said Howrigan.

"The bowling costume tradition was a favorite of mine! We always tried to come up with the craziest costumes. One year the group of us dressed up as Mary, baby Jesus, and three shepherds. That was a pretty good one."

As Howrigan reflected, it was easy to hear the smile in her voice.

"Being a Comet is all about the group of people, the family, the memories that we will have forever," said Howrigan. "It was never about anything personally I've done."