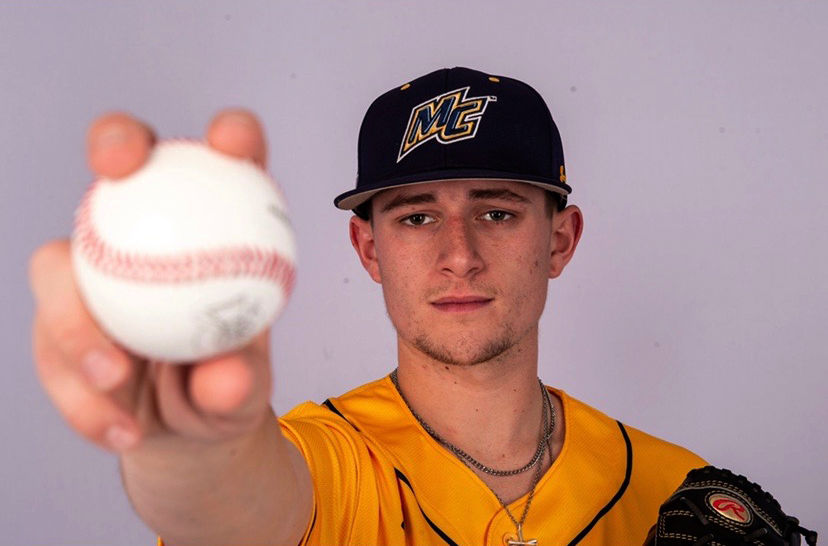 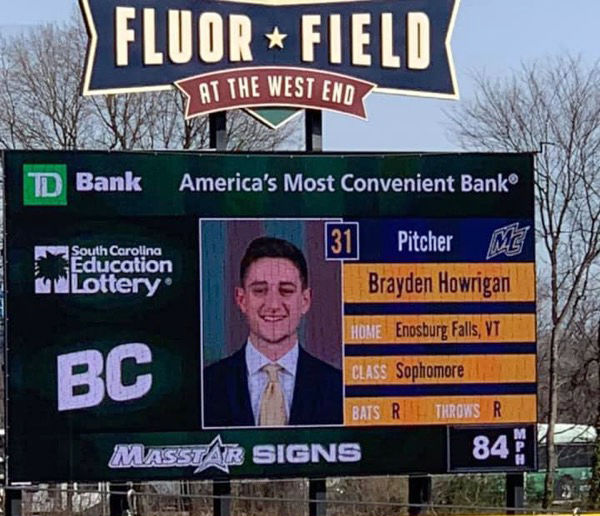 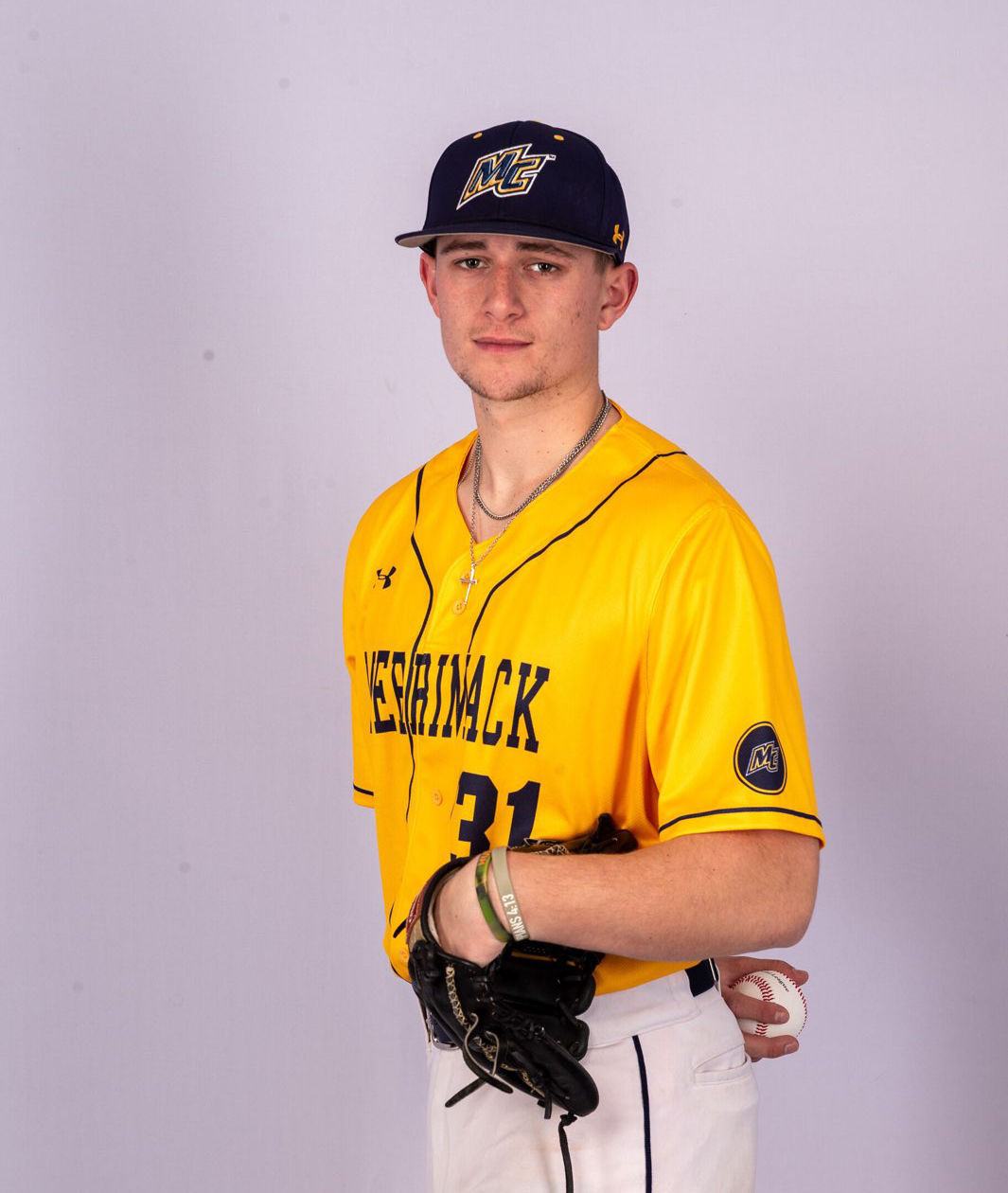 ENOSBURGH — Brayden Howrigan grew up loving the game of baseball, and in the fall of 2018, he joined the Merrimack College Warriors.

“Playing college baseball has always been a dream of mine,” said Howrigan. “In my sophomore year of high school, I committed to doing the extra work to put myself in a position to play college baseball.”

Howrigan began working out at Bases Loaded and playing on a summer travel team associated with the training center.

“I noticed the difference in the competition playing in Massachusetts. I faced better hitters, and I had to think about what I had to throw to get the batter out.”

In the winter of his junior year, Howrigan began working with Adam Piccard and Jim Neidlinger.

“Jim helped me with my mechanics and my mental approach. That helped me get the strength I needed as well as knowing what pitch to throw in a count rather than just throwing the ball.”

In the spring of his junior year at Enosburgh, Howrigan and the Hornets secured the DIII state title.

“It was so much fun to experience that with my high school friends. It was one of the best moments in my high school career to this day,” said Howrigan, who pitched the complete game for the Hornets.

During his senior year, Howrigan was recruited to play for Merrimack, but he knew he had a final season to finish in his home town.

“I was excited to play college ball, but I wanted to have fun and win as many games as we could in my final high school season.”

Howrigan arrived at Merrimack in the fall, but two injuries derailed his freshman season. First, an elbow injury sidelined him, and then, the day he was cleared to throw, he tore his ACL.

“I knew I was going to miss a year, and I knew I could take it as a negative, or I could look at it as a positive. I could let my body heal, watch the pitchers, and see how they worked,” said Howrigan.

“I’d have liked to play my freshman year, but I did all I could to get stronger, to heal, and to learn about the game. I learned so much just by watching and doing charts for my coach.”

In the fall of 2019, Howrigan once again took the field.

“I got to throw to live batters, and played some scrimmages,” explained Howrigan. “It wasn’t about success; it was about getting my athletic ability back, my arm strength back, and preparing for the spring season.”

“It’s a big jump! All winter, I was learning about how to get DI hitters out. These guys are legit hitters and legit players.”

The team began spring training in February, traveling to Oral Roberts University in Oklahoma. From there, they went to South Carolina to take on Michigan State, William Mary, Walford, and Stoneybrook.

“I’ve watched Michigan State on TV, and to be on the mound facing them was pretty crazy,” said Howrigan.

“These guys are 6’5” and over 200 pounds. I’ve never faced anyone like that in my entire life.

“The whole atmosphere of DI baseball is so different. I remember looking out and seeing my name and my face on that big screen,” said Howrigan, smiling.

“Some of my teammates had played in places like that; for me, as a small-town Vermont kid, it was crazy.”

Due to the cancellation of the college season over the COVID-19 crisis, Merrimack played its final game on March 11th.

“It was a lot different, being healthy. I knew I could contribute to the team and have an impact on whether we won or lost,” said Howrigan.

“It was a huge learning experience. I didn’t have the success I wanted, but I can learn from that, carry that into the offseason and work off the weaknesses I found from the spring season.”

Through it all, Howrigan had the support of his Merrimack teammates and coaches.

“My teammates have become my best friends. I love how they support each other, how we compete, how everyone wants to see the other succeed, and how we all want to win.

“Just being surrounded by that type of player, the skill level they have, and the level of athletes they are, is crazy.

“I’ve learned so much from my coaches, too. My head coach, Nick Barese, loves to win. I love watching him work with our team and seeing how much he pushes us.”

No matter how large a stage he takes, Howrigan takes comfort in the support of his hometown.

“I know I will always have my family and my community cheering for me. It’s nice to know that I have this tight-knit community who’s behind me, no matter the success I have.”