Starting at
$5.00 for 30 days
Get Started
View all rates
You are the owner of this article.
Edit Article Add New Article
Subscribe | Sign In
Home
News
Sports
Classifieds
Obituaries
Editorial
Business Directory
Things to Do
About Us
e-Edition
NEWSLETTERS
1 of 8 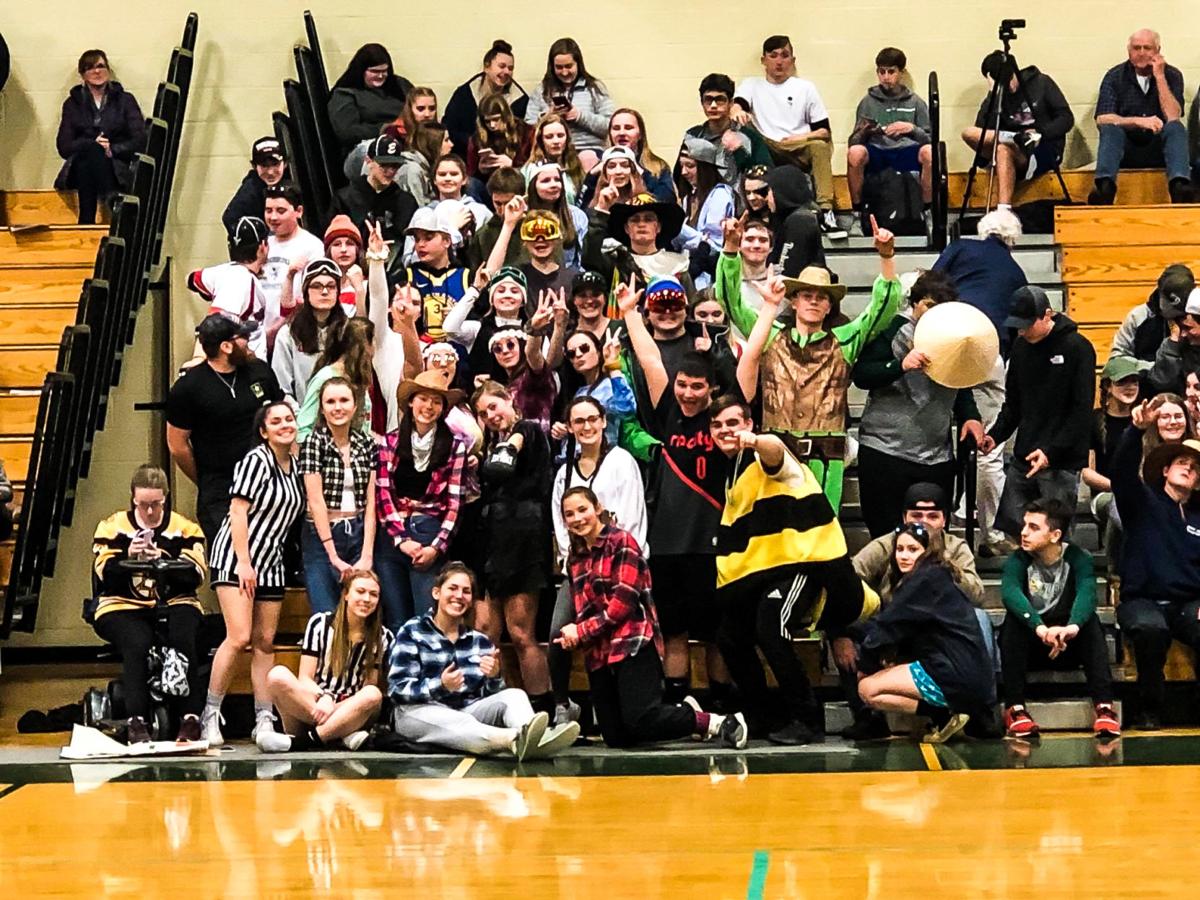 The Enosburg student night turned out Tuesday night in costume for the Silent Night game. 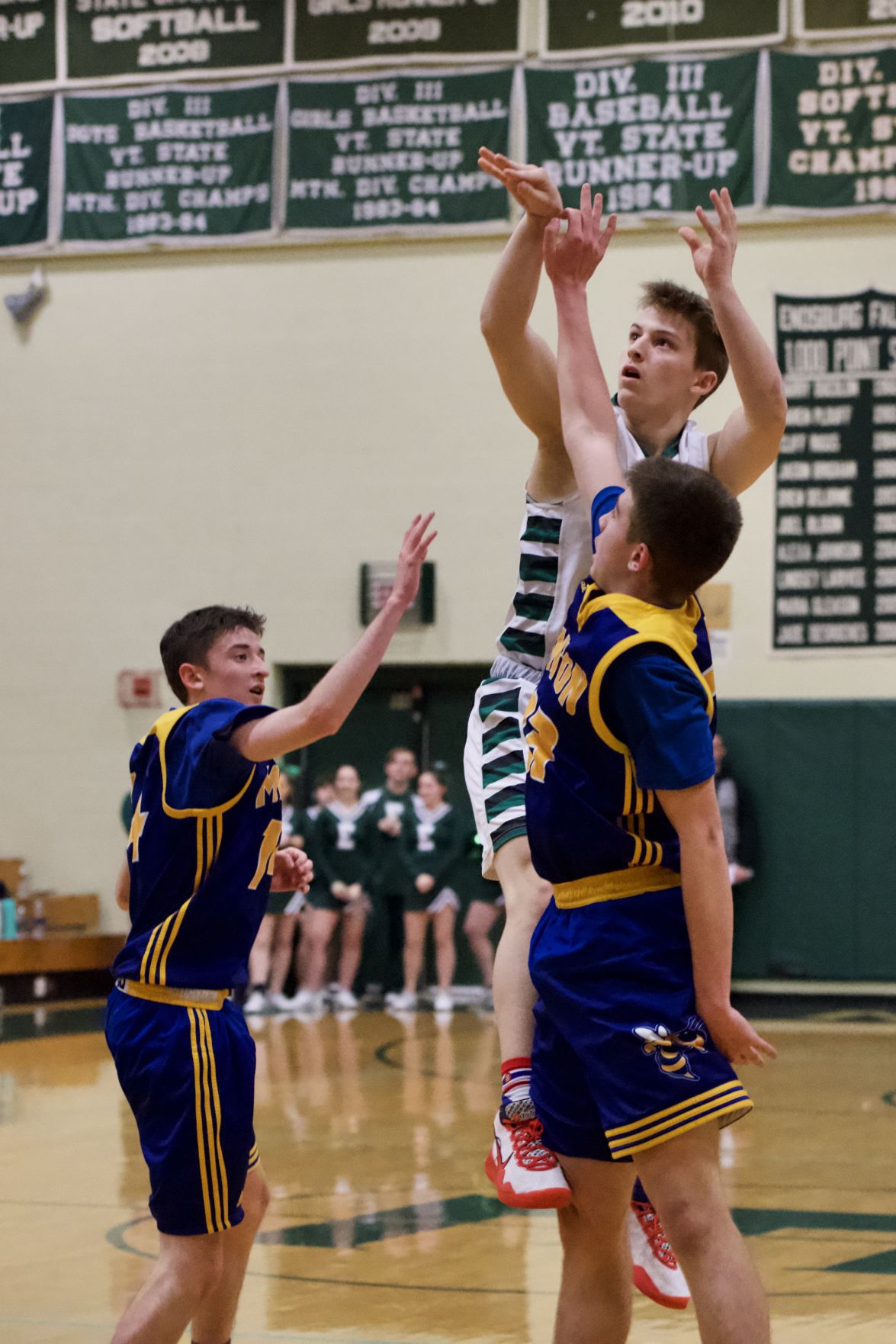 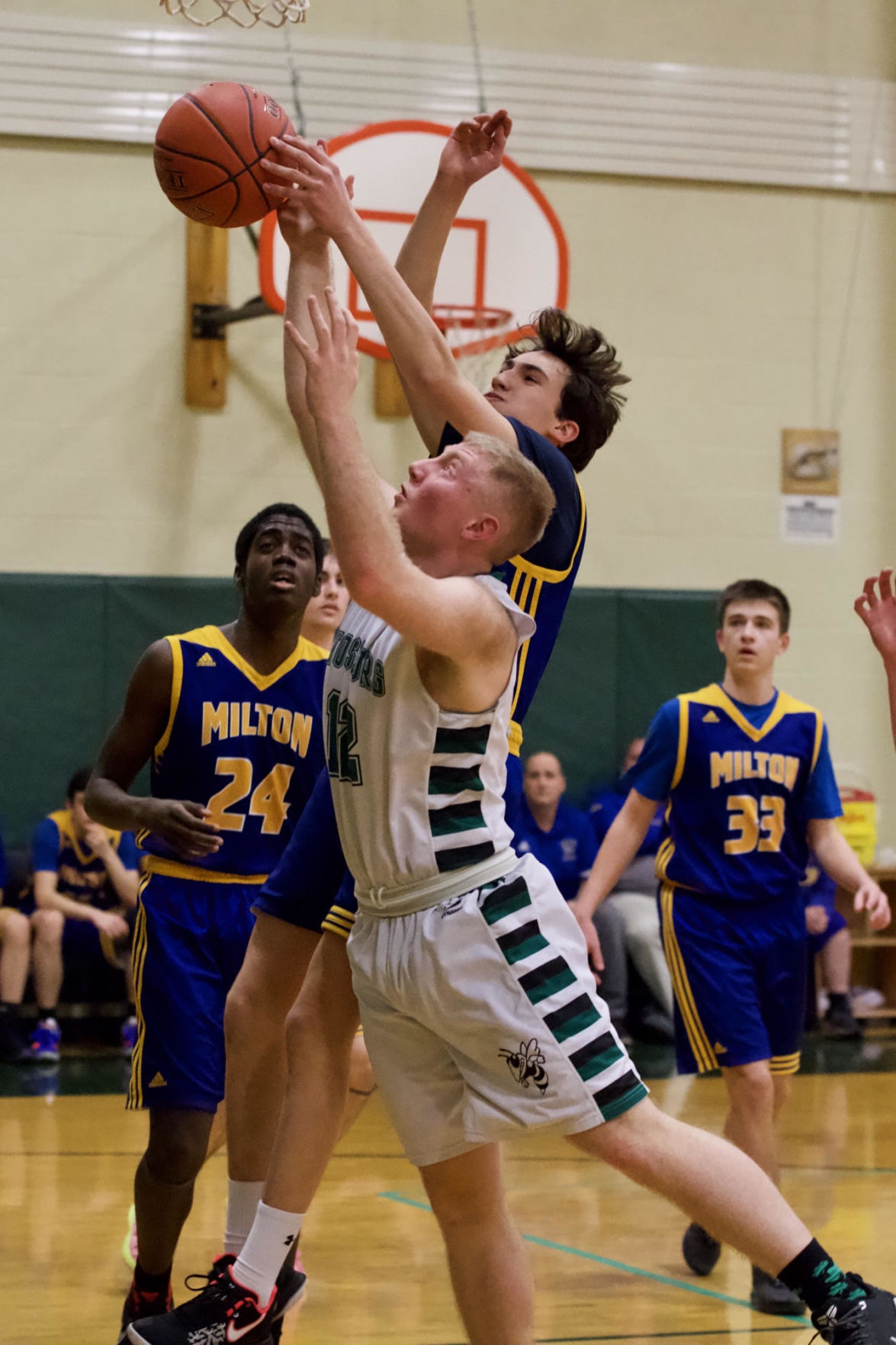 Enosburg’s Tommy Benoit fights for a first half rebound on Tuesday night. 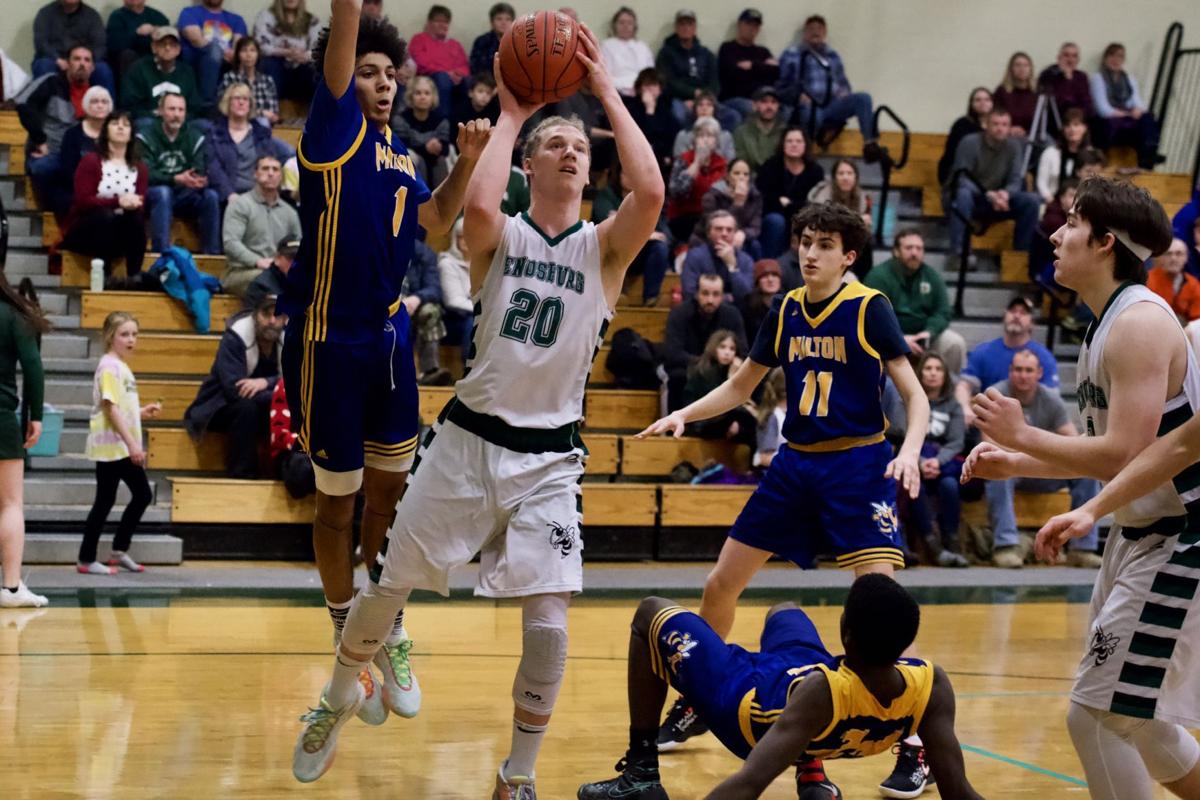 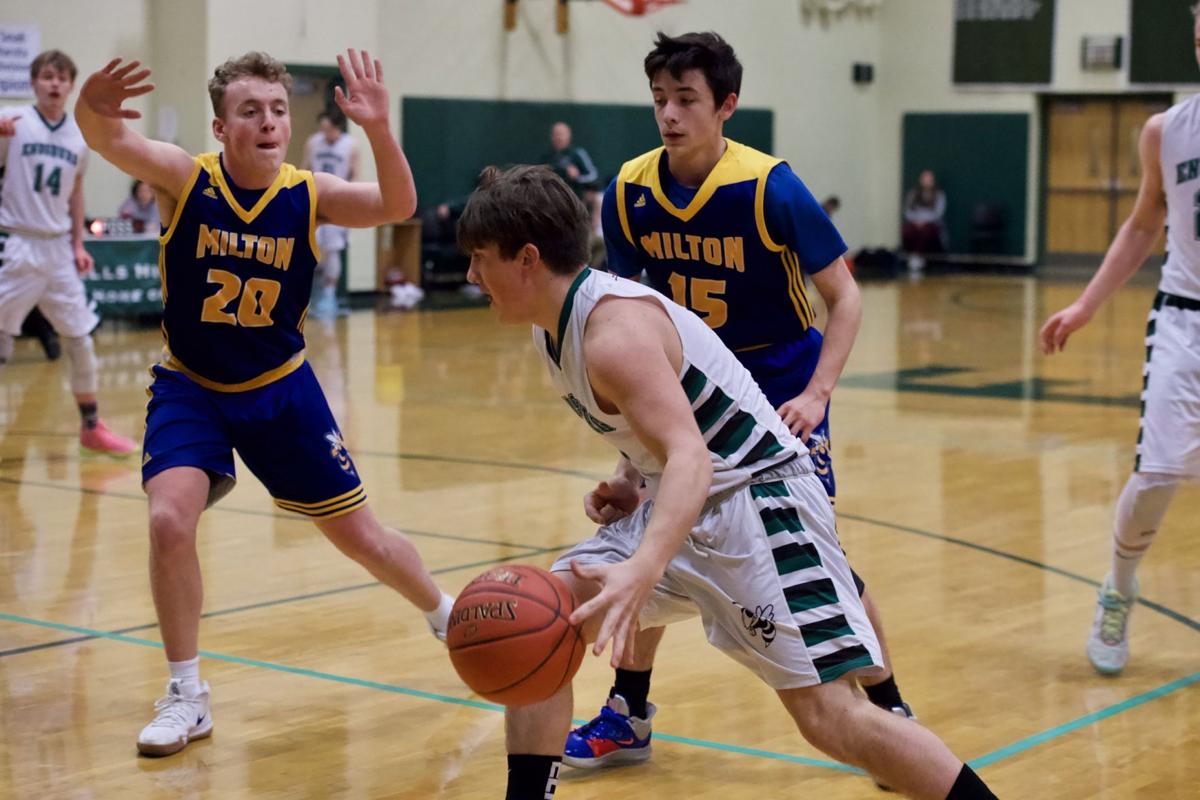 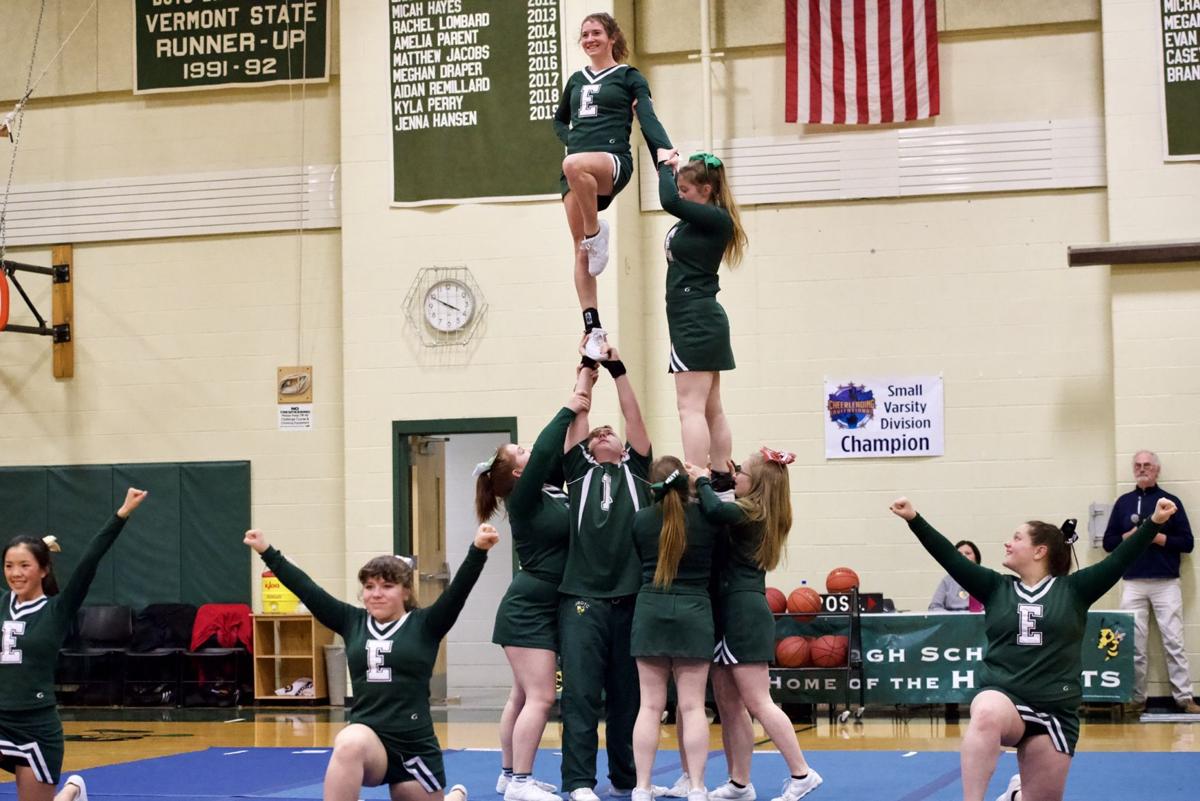 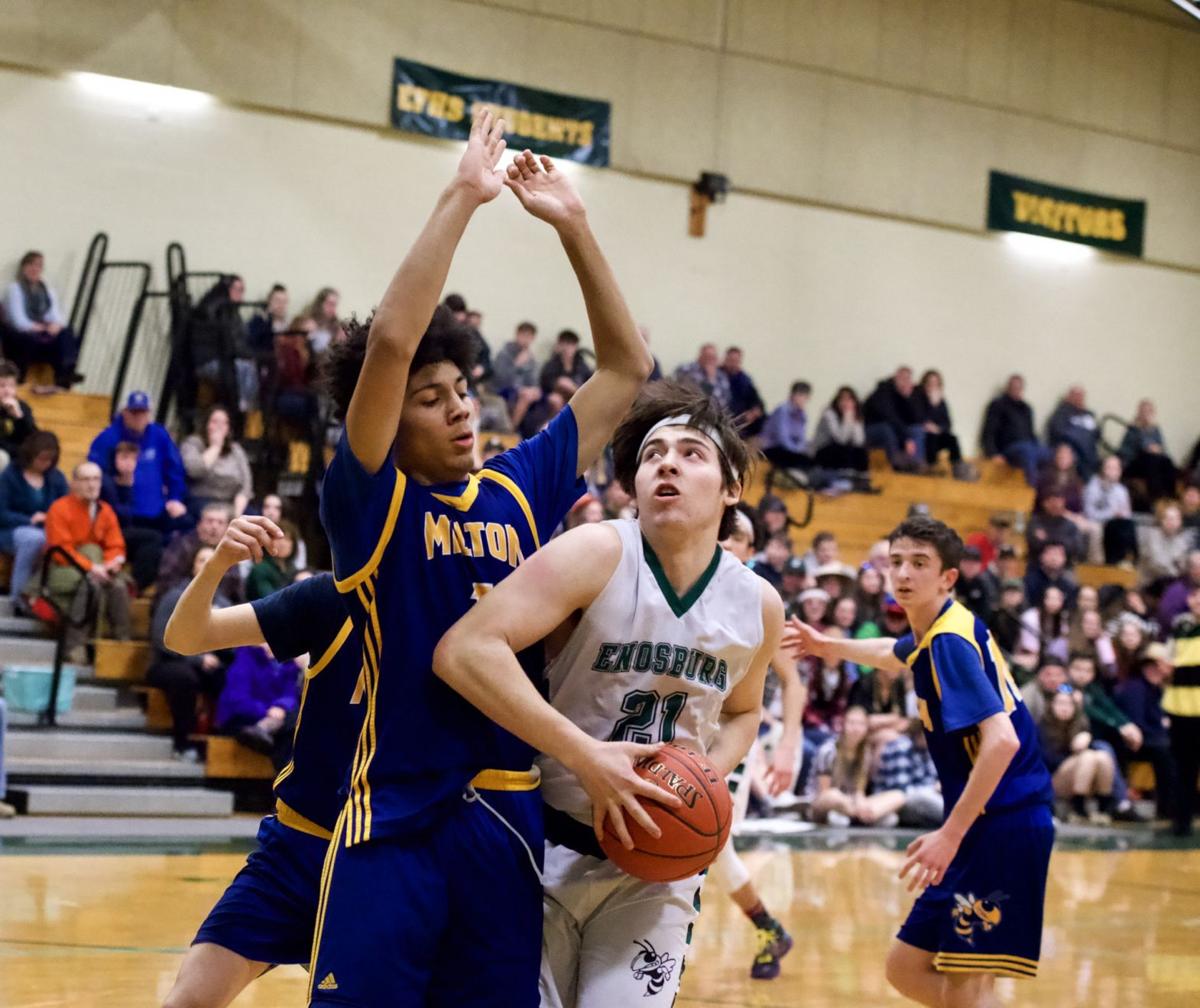 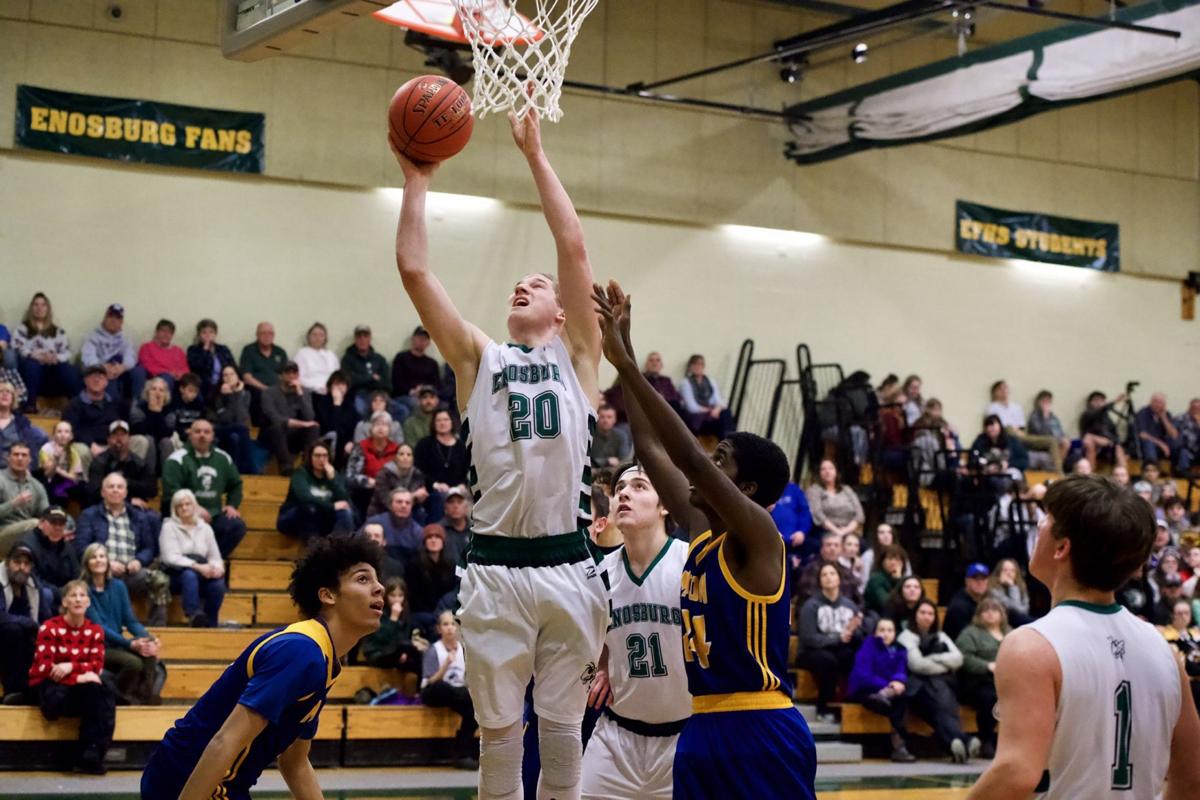 The Enosburg student night turned out Tuesday night in costume for the Silent Night game.

Enosburg’s Tommy Benoit fights for a first half rebound on Tuesday night.

ENOSBURG — After eeking out a 41-37 decision over the visiting Yellow Jackets Tuesday, the Enosburg Hornets improve to 9-9 on the season and are now 3-1 in their last four games.

“As much as we have been up and down, we can play with anybody in our division. There are not going to be any better teams than the ones that we have faced. We are gaining momentum and have played better as of late, but this is a good game to give us a boost,” Enosburg coach Chad Lovelette said.

With 1:30 left in the game, freshman Devyn Gleason connected from deep to give the Hornets a 39-37 lead, and from that point on a pair of EFHS free-throws were good enough to earn the victory.

“When he has the confidence like he had tonight, it gives us a big boost,” Lovelette said.

That said, prior to that point, Enosburg attached their offensive wagon to Ethan Williams. Finishing with 16 points on the night, the senior forward was the game’s leading scorer.

“His strong play is huge for us, if we don’t have an inside presence we begin to rely too much on three-pointers. And with us shooting about 25 percent from that distance, the math doesn’t work,” Lovelette said.

The Hornets raced out of the gate early scoring a quick seven points, but the Silent Night game meant the student section was instructed to remain silent until Enosburg scored their tenth point; it was obvious that this threshold was a barrier for EFHS.

With everyone on the floor eager to be the one to hit the shot that erupted the student section, the last five minutes of the opening frame was a flurry of ill-advised shot attempts for Enosburg. Just before the buzzer for the quarter sounded, Shea Howrigan knocked down a triple that finally got EFHS to their 10-point barrier, and the student section came alive.

“We got great contributions from Blair Archambault and Shea Howrigan off of the bench, especially defensively. We went three or four possessions where we totally shut them down, and that is huge for us when we can bring guys off of the bench and not lose defensively,” Lovelette said.

From that point on, Enosburg was able to play freely and went on a 10-0 run. The halftime lead was 23-18 in favor of the Hornets, and a hotly contested second half was inevitably won by Enosburg.

The defeat drops Milton to 11-6 on the year. They currently hold the sixth seed in Division II.