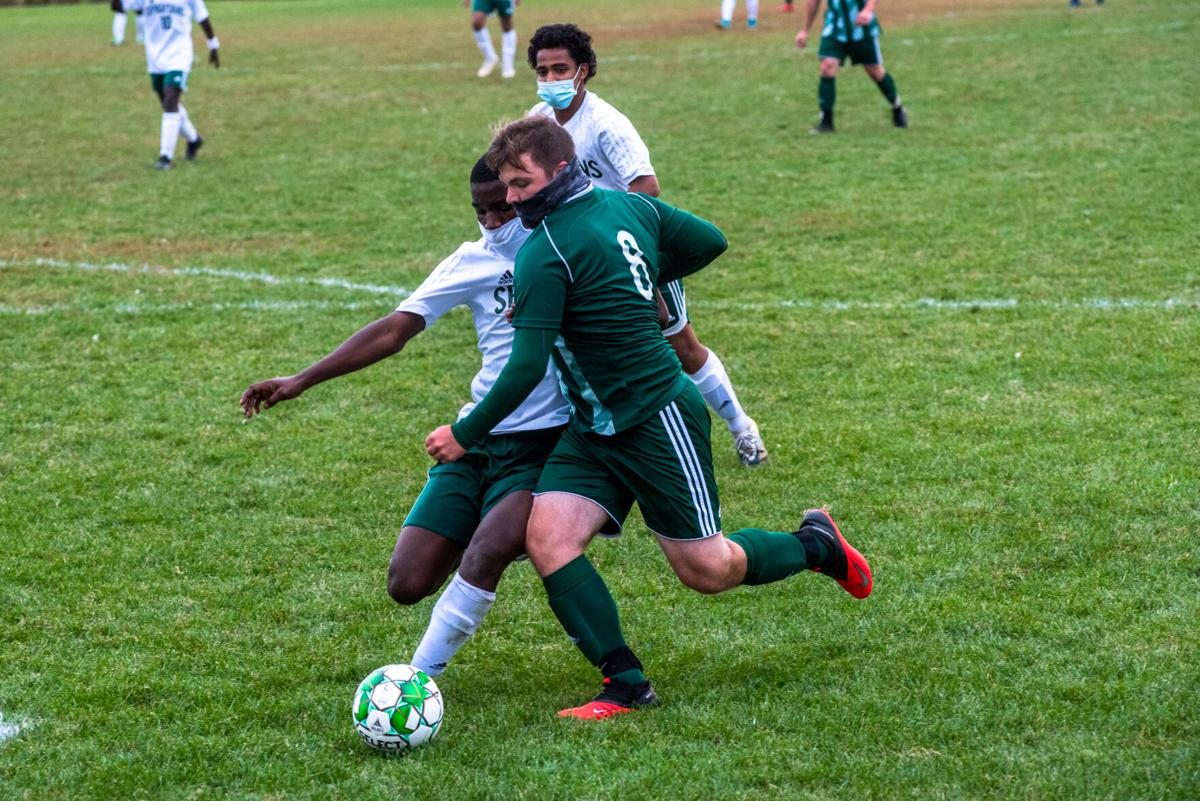 Enosburg’s Kam Lovelette pushes the ball down the field during the first half. Lovelette scored three goals in Friday’s Hornet victory. 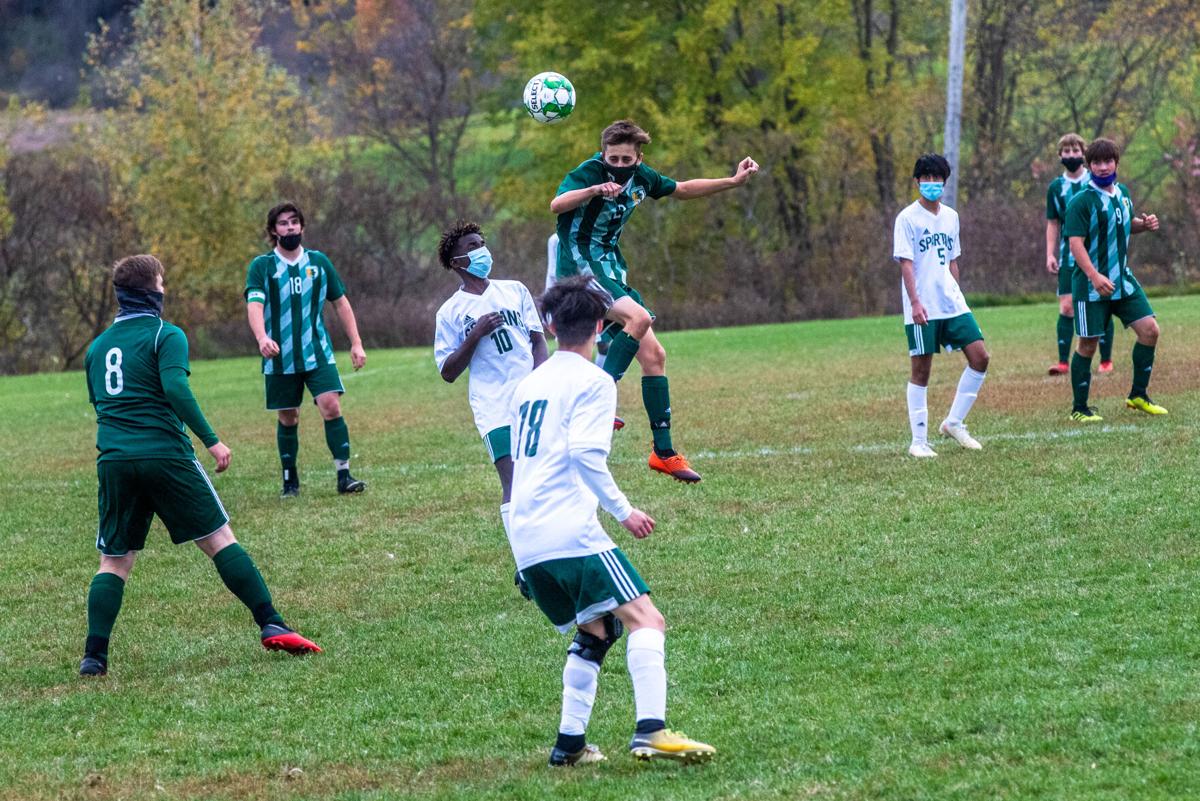 Enosburg’s Foster Hutchins flies through the air to head a ball in Friday’s win against Winooski. 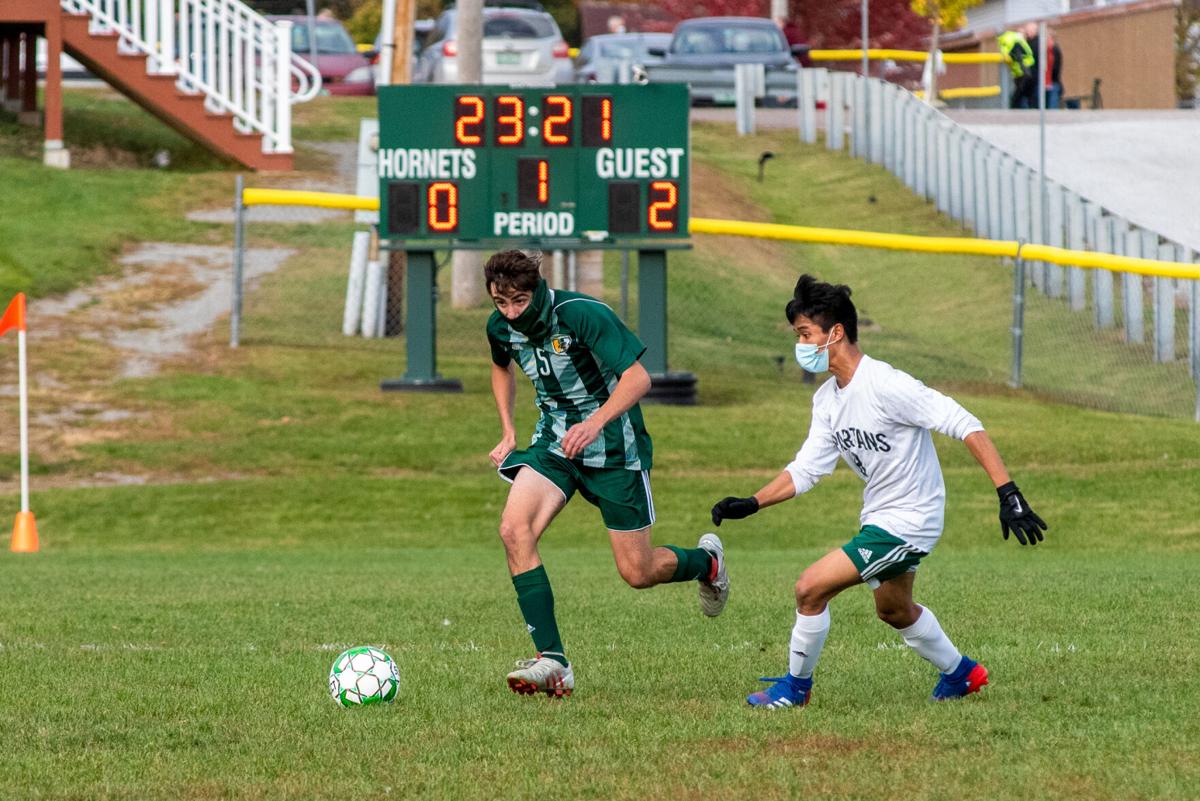 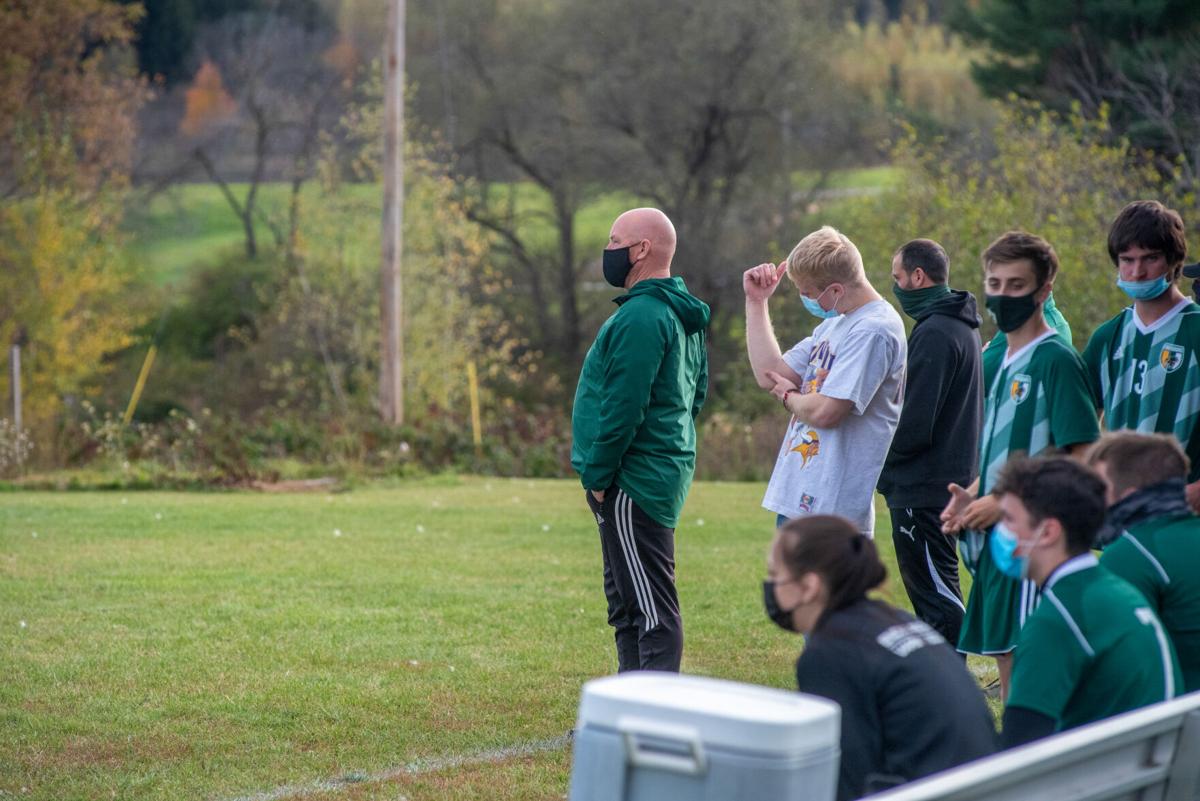 Randy Swainbank (left) keeps and eye on the field. 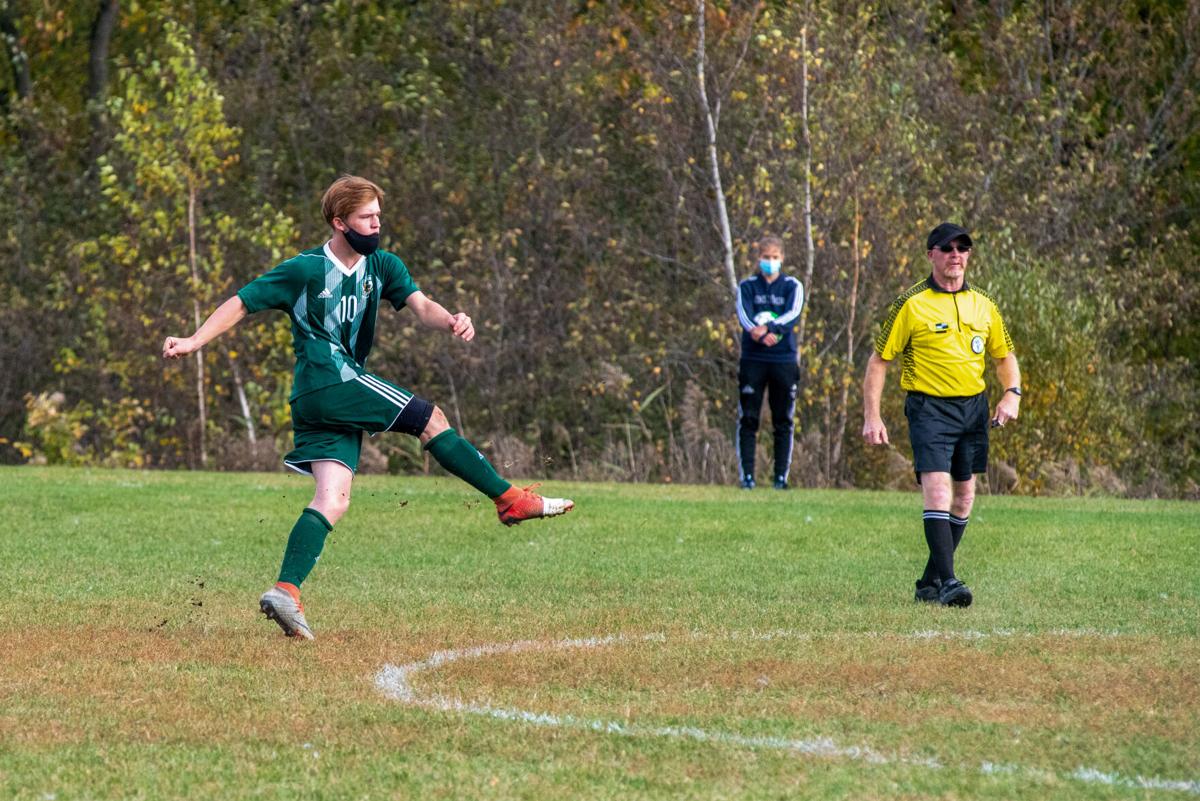 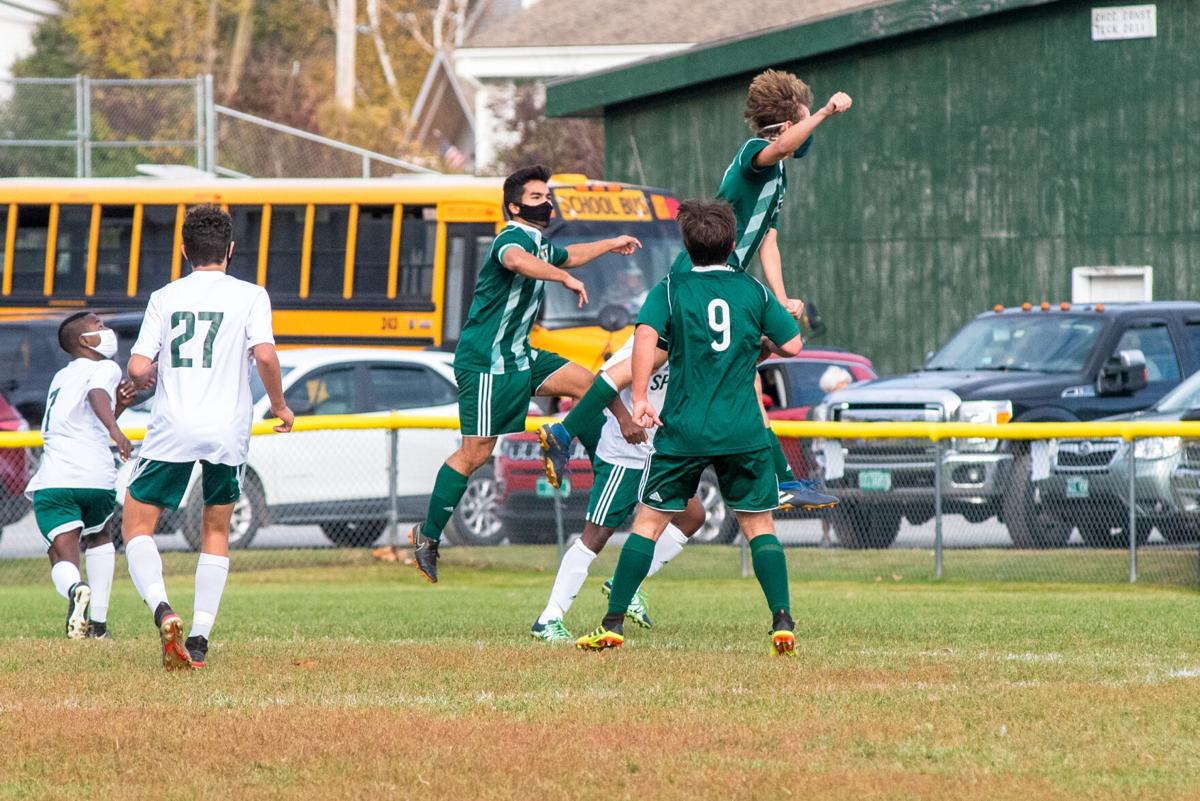 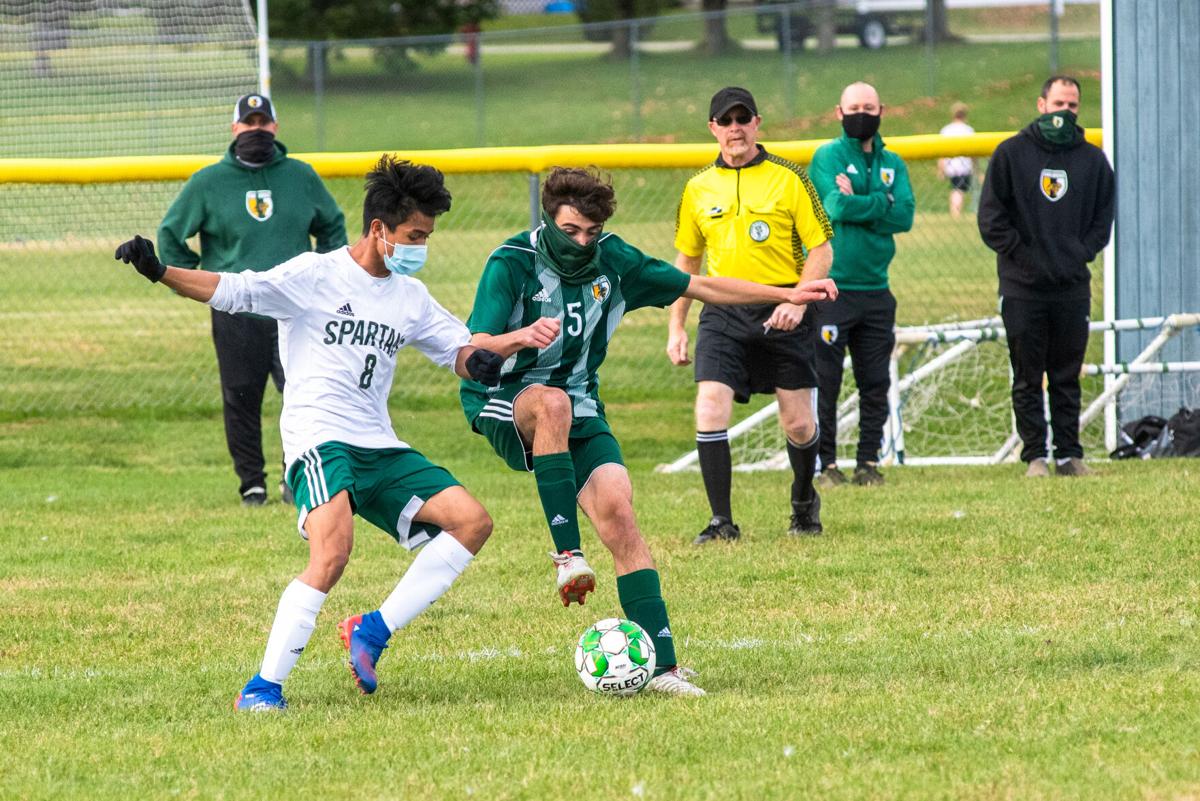 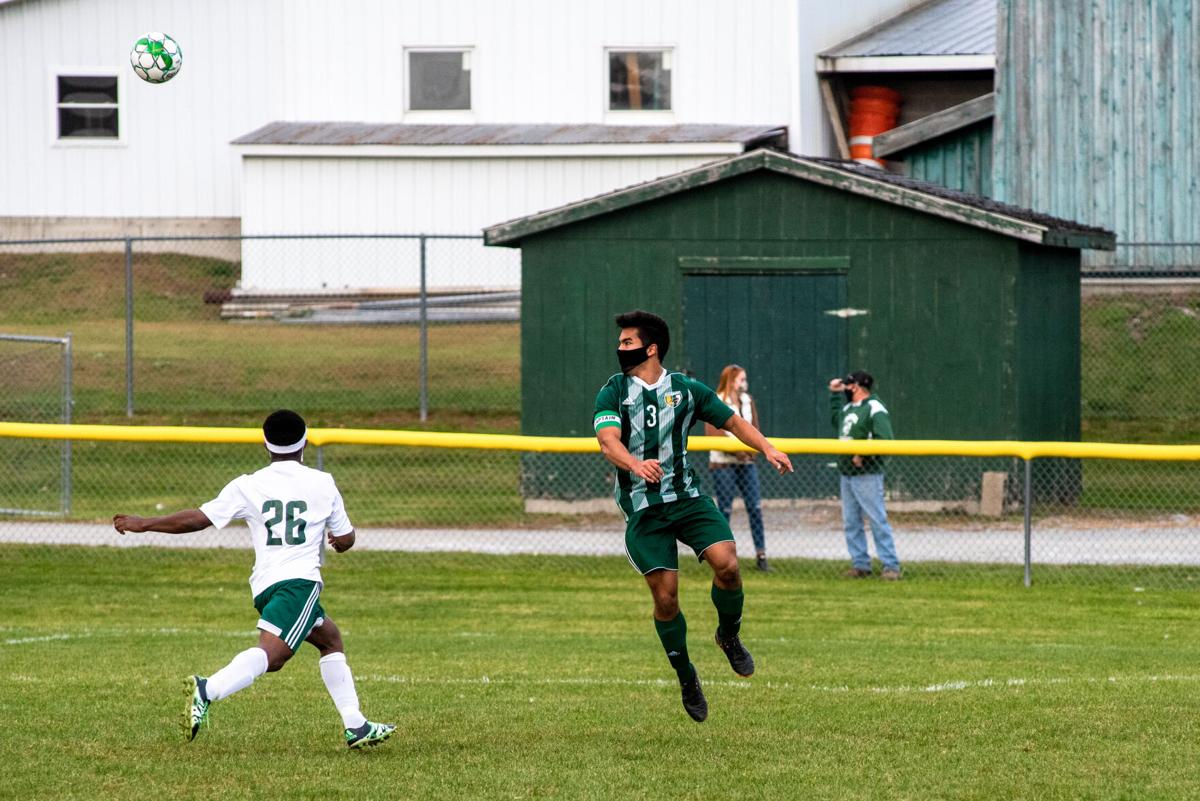 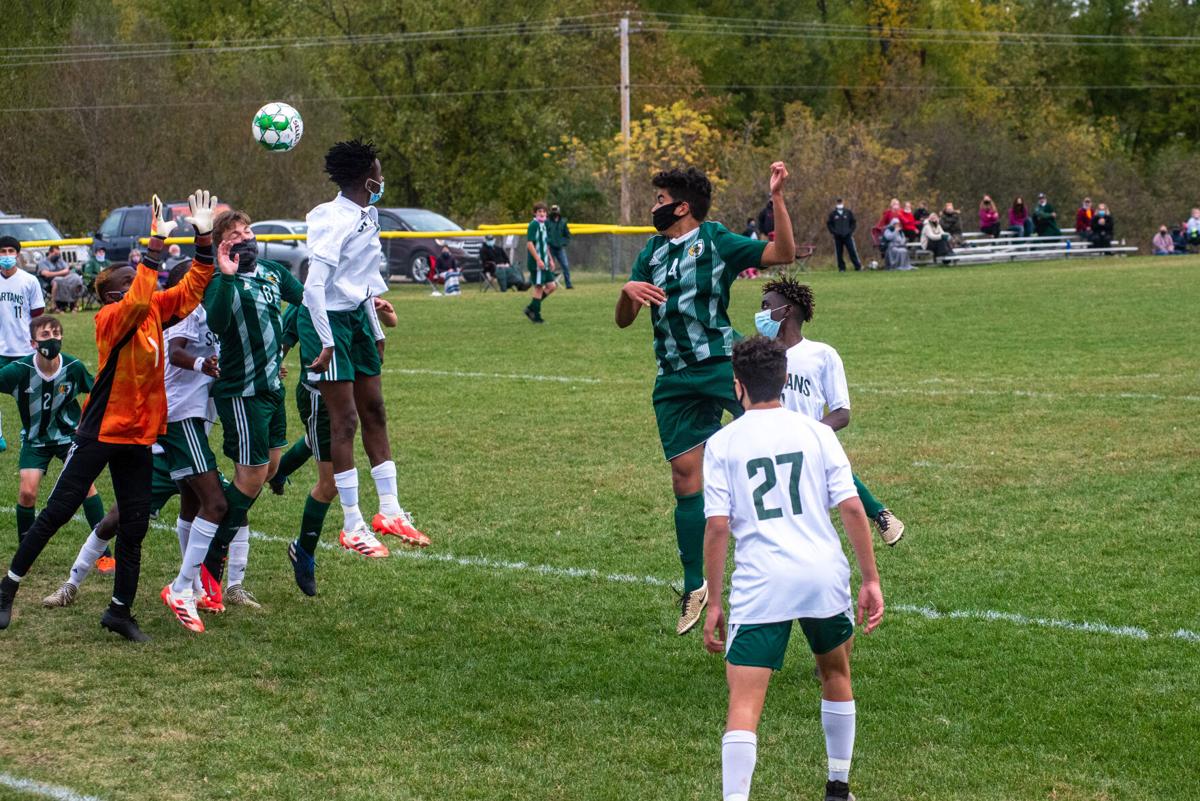 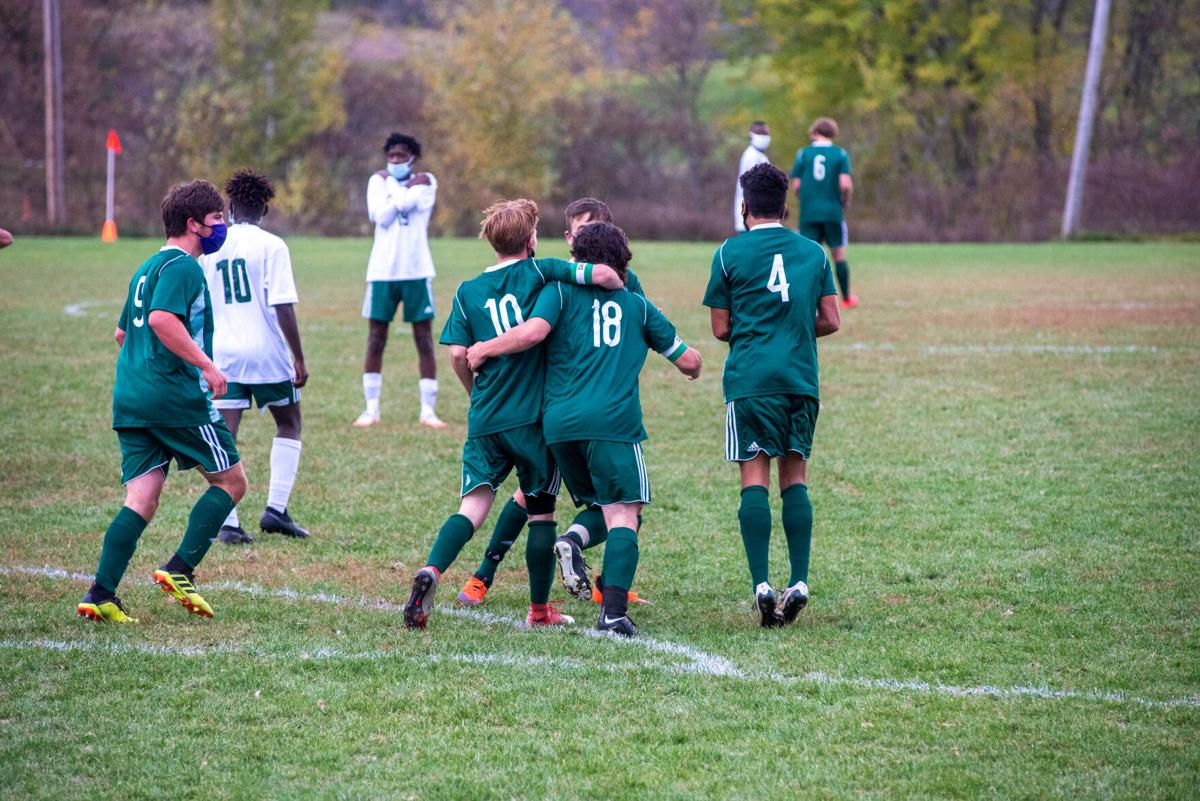 Enosburg’s Kam Lovelette pushes the ball down the field during the first half. Lovelette scored three goals in Friday’s Hornet victory.

Enosburg’s Foster Hutchins flies through the air to head a ball in Friday’s win against Winooski.

Randy Swainbank (left) keeps and eye on the field.

The Spartans struck first, scoring two goals early in the first half. Hornet Kam Lovelette answered for Enosburg, tacking on two of his three goals before the halftime buzzer.

Enosburg’s Foster Hutchins added two Hornet goals in the second half; Brendan Deuso had one.

Winooski mustered two more goals, one with 40 seconds remaining in the game while the Hornets played a man down after a yellow card.

The Hornets earned the 6-4 victory in the first home game of the 2020 fall season.

“We gave up a couple of early ones, but I give credit to our guys. They battled back and realized that we could play with Winooski,” said Swainbank.

“We made a couple of adjustments at halftime that seemed to work really well. The guys responded and played well, and they scored some impressive goals.”

Swainbank complimented senior, Kam Lovelette, on his performance this fall.

“Kam is having a great season; he’s improved tremendously, and he’s worked hard enough that now he’s one of those guys we’ve got to have on the field somewhere,” said Swainbank.

“Peter is right back for us, and he’s playing well. He’s made the transition from middle school to varsity soccer as smoothly as we could have asked for,” said Swainbank.

“Landon has done the same thing as well. Landon and Peter have settled in really well, and that’s good.”