You are the owner of this article.
Edit Article Add New Article
You have permission to edit this article.
Edit
Subscribe | Sign In
Home
News
Elections 2020
Sports
Classifieds
Obituaries
Editorial
Business Directory
Things to Do
About Us
e-Edition
2020 Meet Your Business Community
2020 Resource Directory
2020 Discover Guide
NEWSLETTERS
1 of 11 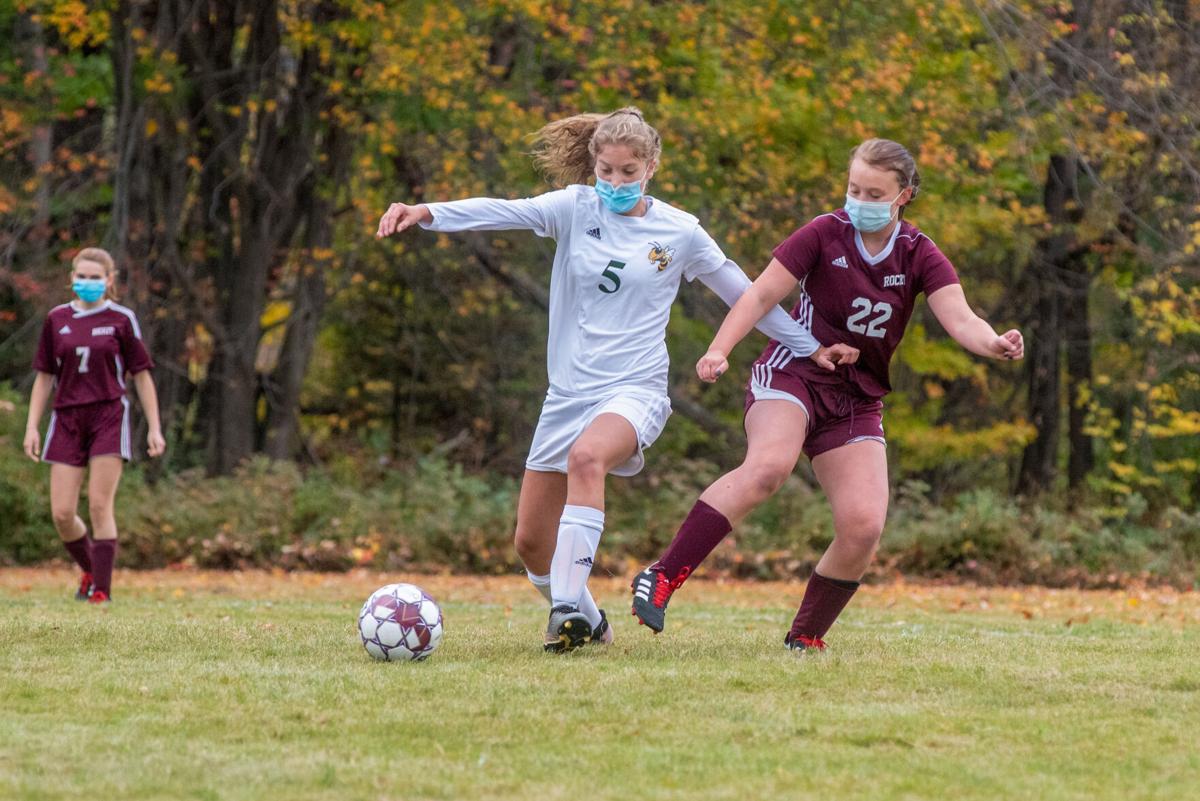 Emily Adams of Enosburg scored her first varsity goal on Thursday against the Richford Rockets. 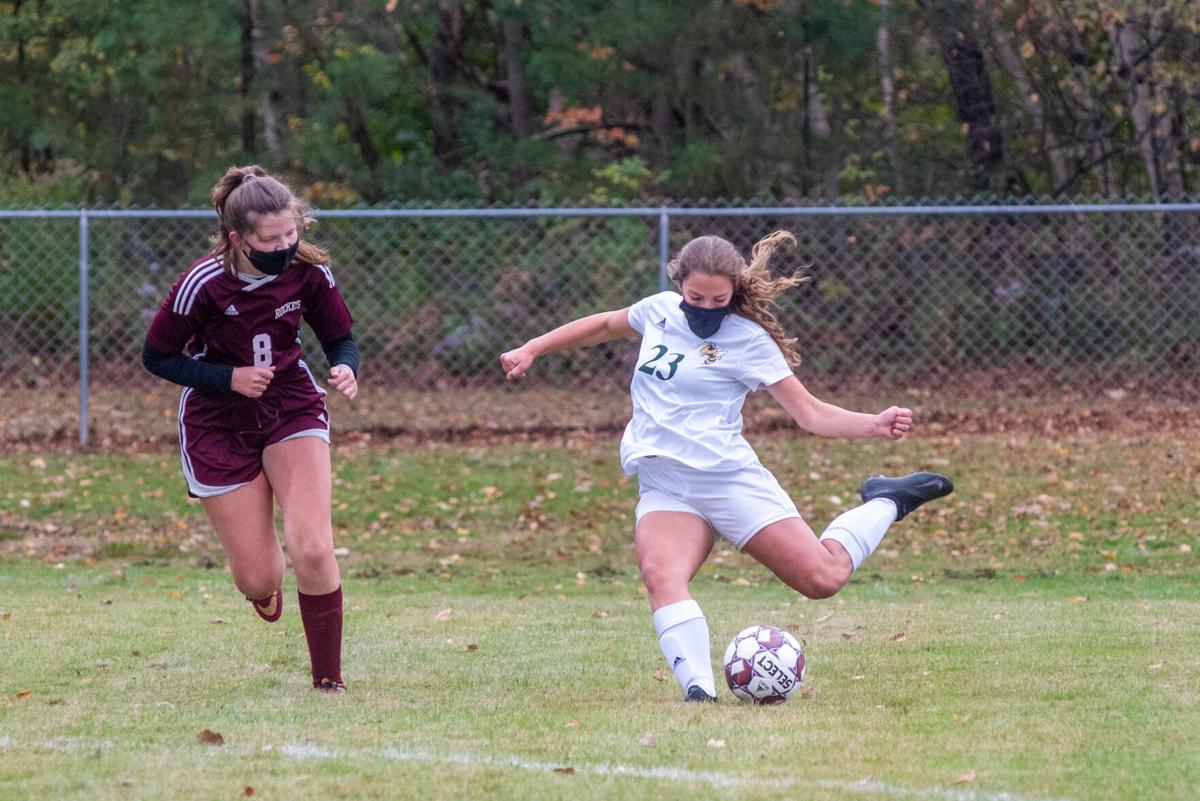 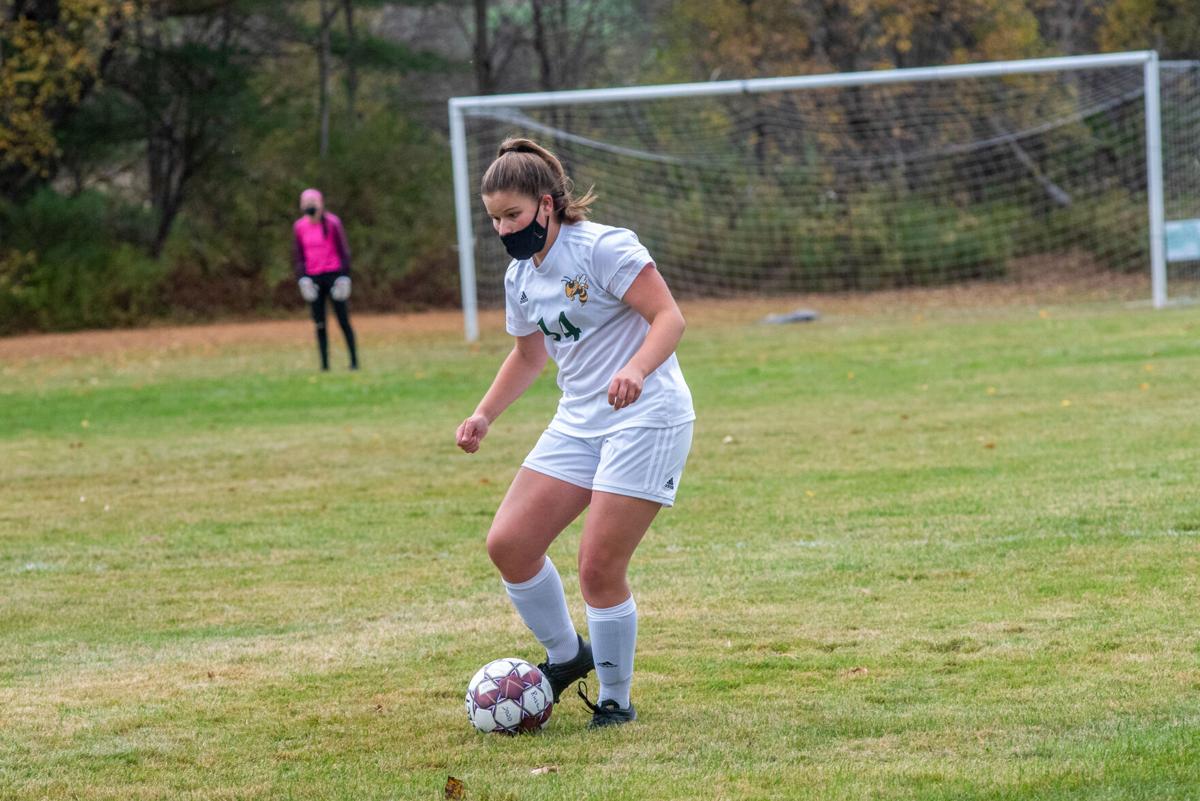 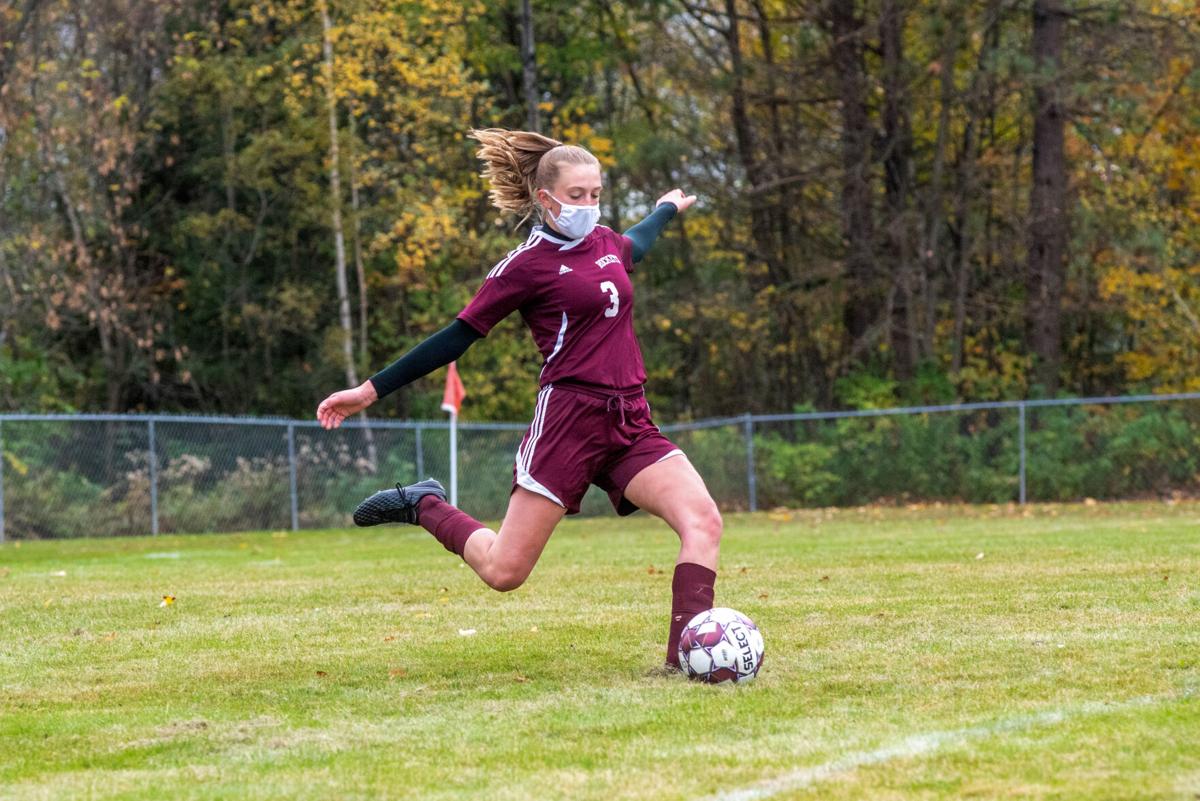 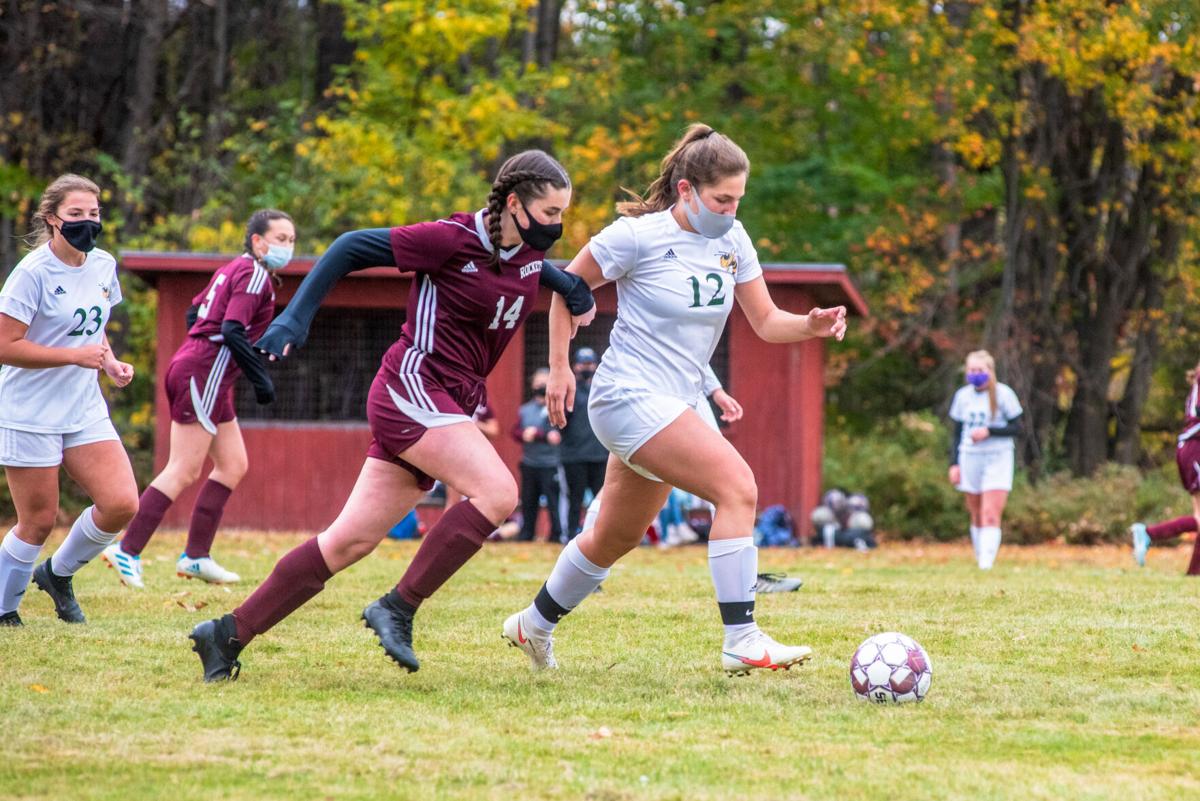 Megan Severance moves the ball past a group of Richford opponents. 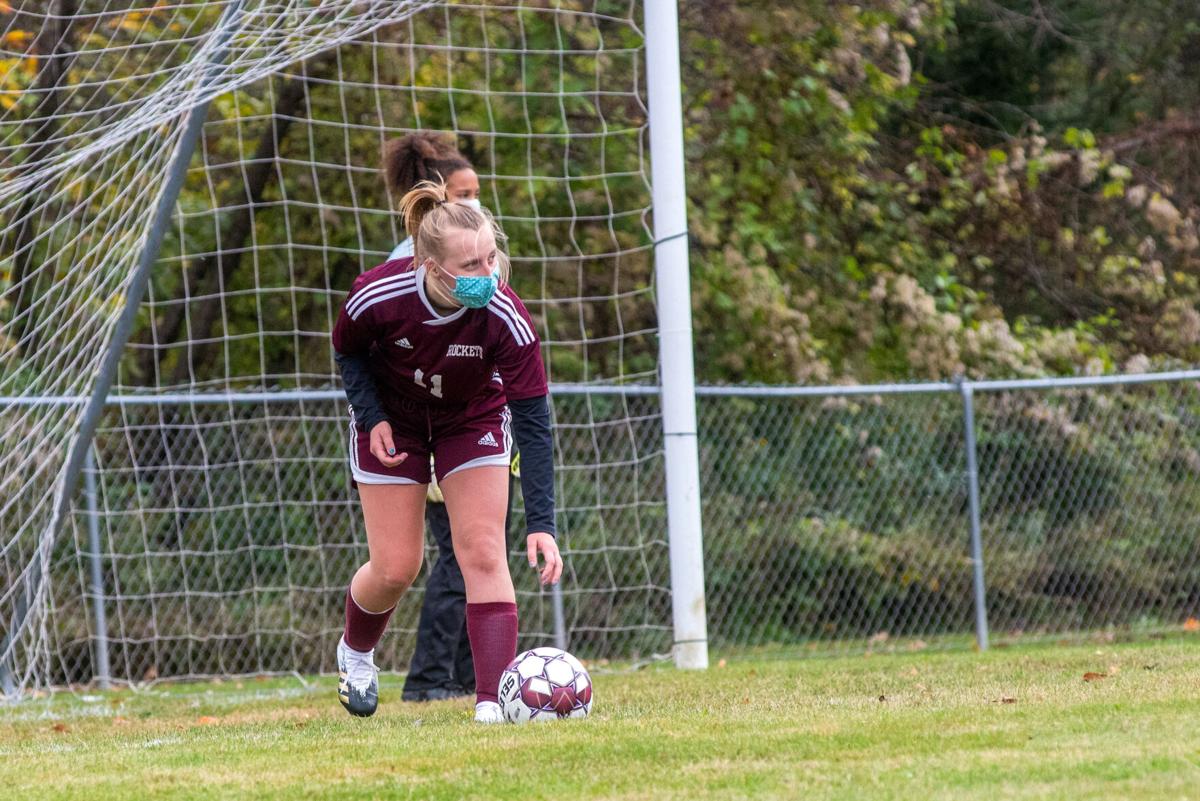 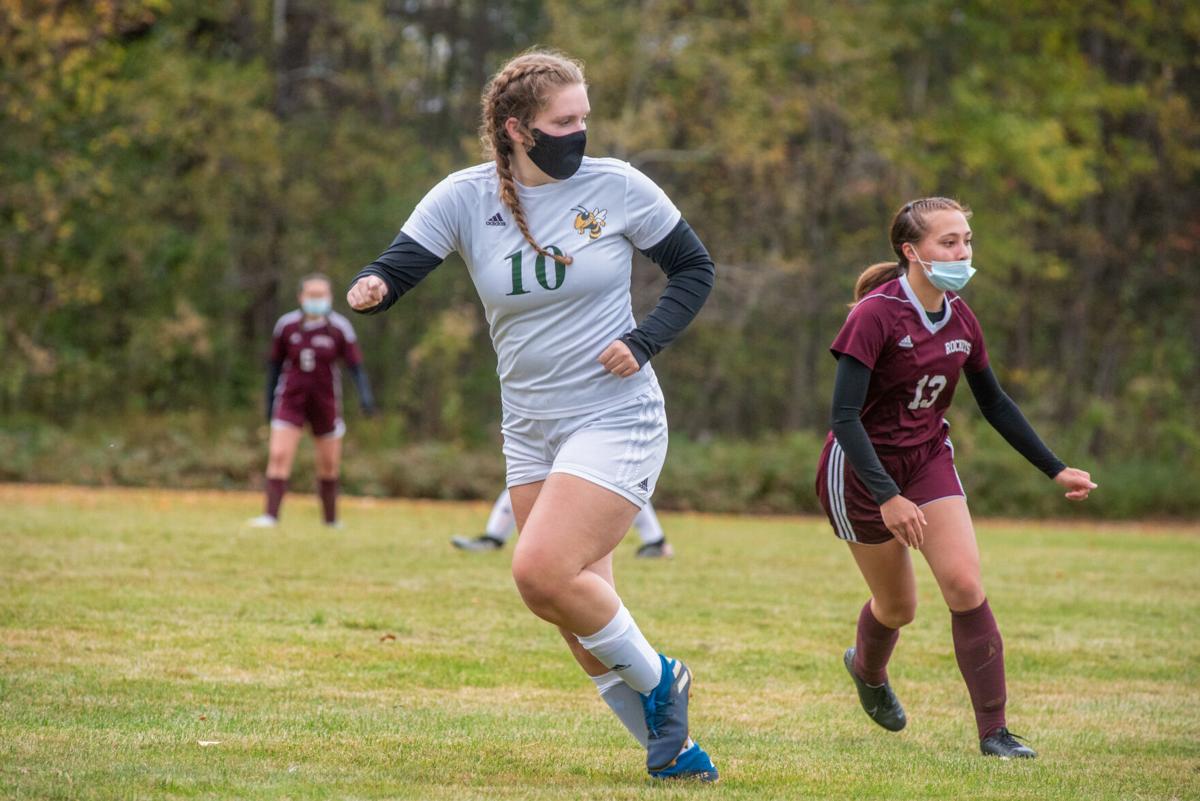 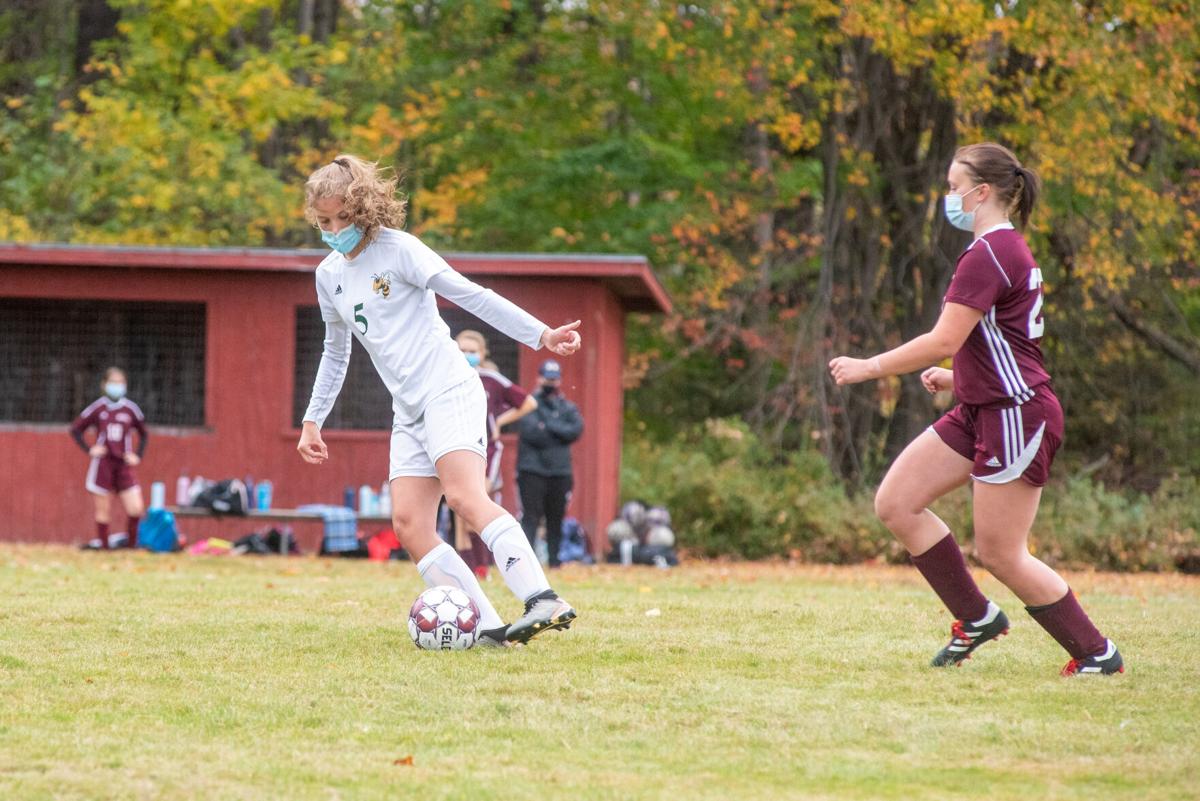 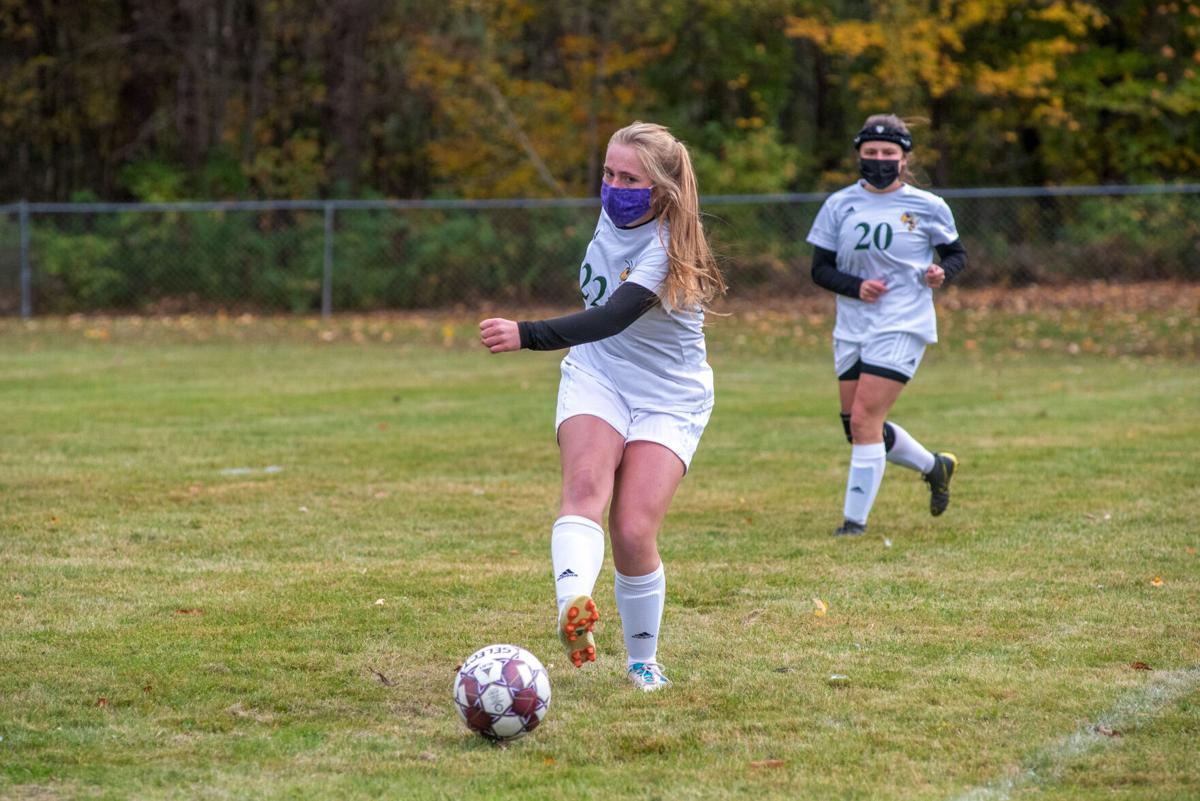 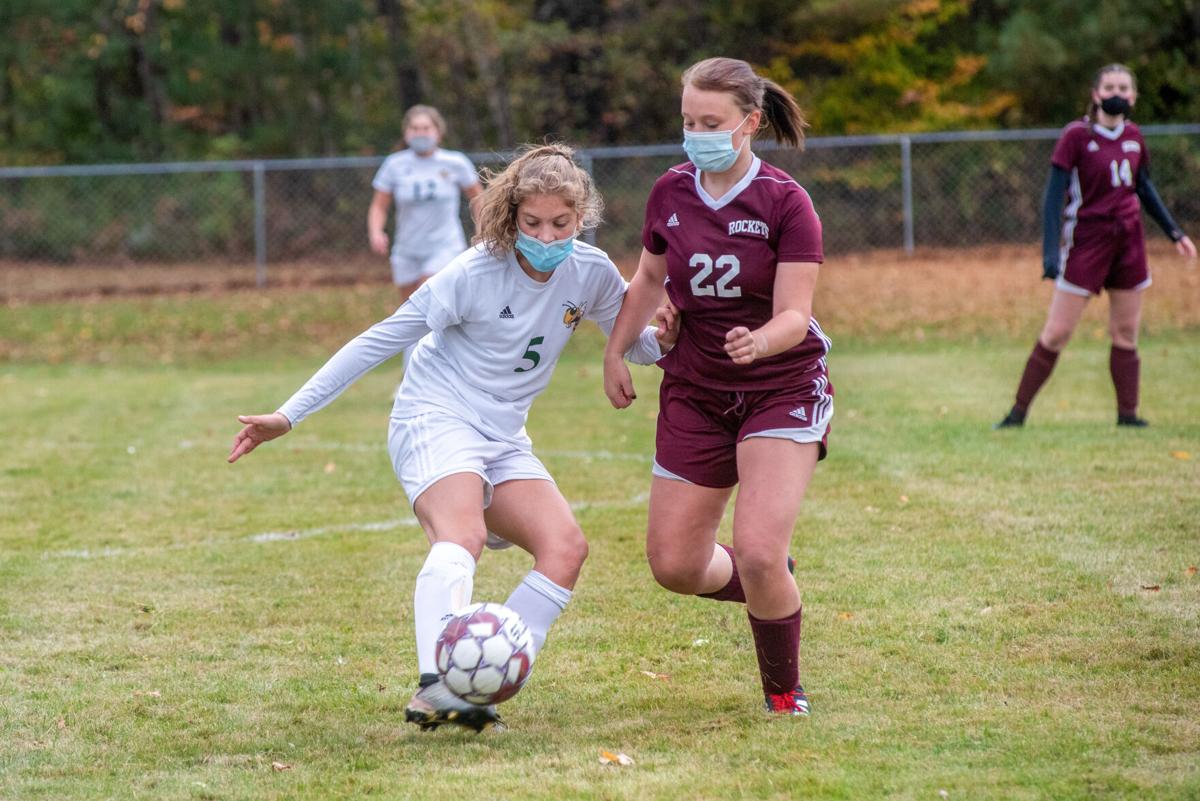 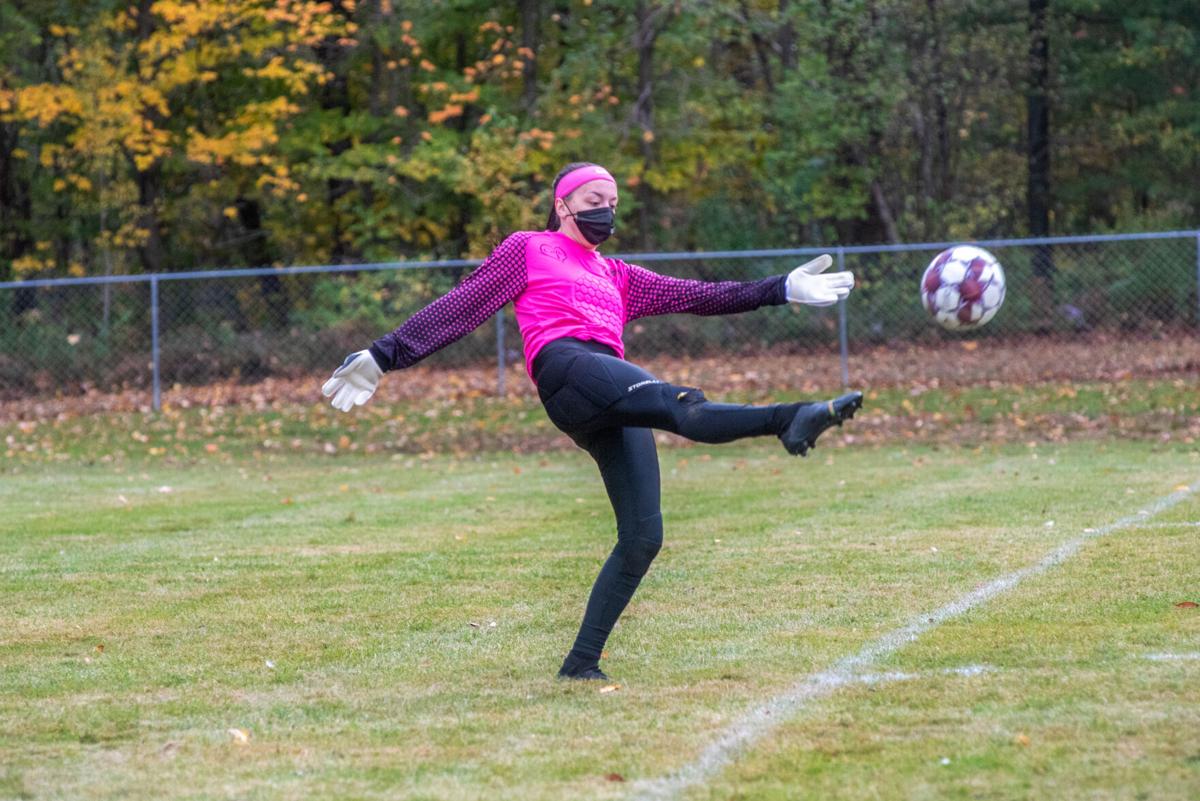 Emily Adams of Enosburg scored her first varsity goal on Thursday against the Richford Rockets.

Megan Severance moves the ball past a group of Richford opponents.

RICHFORD — The Enosburg Hornets girls’ soccer team is making the most of a short season.

On Thursday, against the Division IV Richford Rockets, the Hornet offense secured a 14-0 victory on goals from five different scorers, including defender, Emily Adams.

The late-game goal by Adam’s was her first varsity goal.

“All the girls were so excited for Emily, and it was pretty impressive!” said Hornet coach Rodney Burns.

“We moved her up online, and in less than a minute, she scored a goal.”

Burns, new to the coaching position this year, has been pleased with the progression he’s seeing.

“The girls played really well tonight. They stepped up today, and they keep improving every game,” said Burns.

“It was fun to watch from the start tonight. They made good cuts, good passes, and the offense stepped it up again.”

The DIII Hornets will face DII opponent, MVU, on Tuesday, October 13, at Enosburg.

“The game against MVU will be a good test for us,” said Burns. “We will prepare ourselves; the girls want this game.”