Starting at
$5.00 for 30 days
Get Started
View all rates
You are the owner of this article.
Edit Article Add New Article
Subscribe | Sign In
Home
News
Sports
Classifieds
Obituaries
Editorial
Business Directory
Things to Do
About Us
e-Edition
NEWSLETTERS
1 of 10 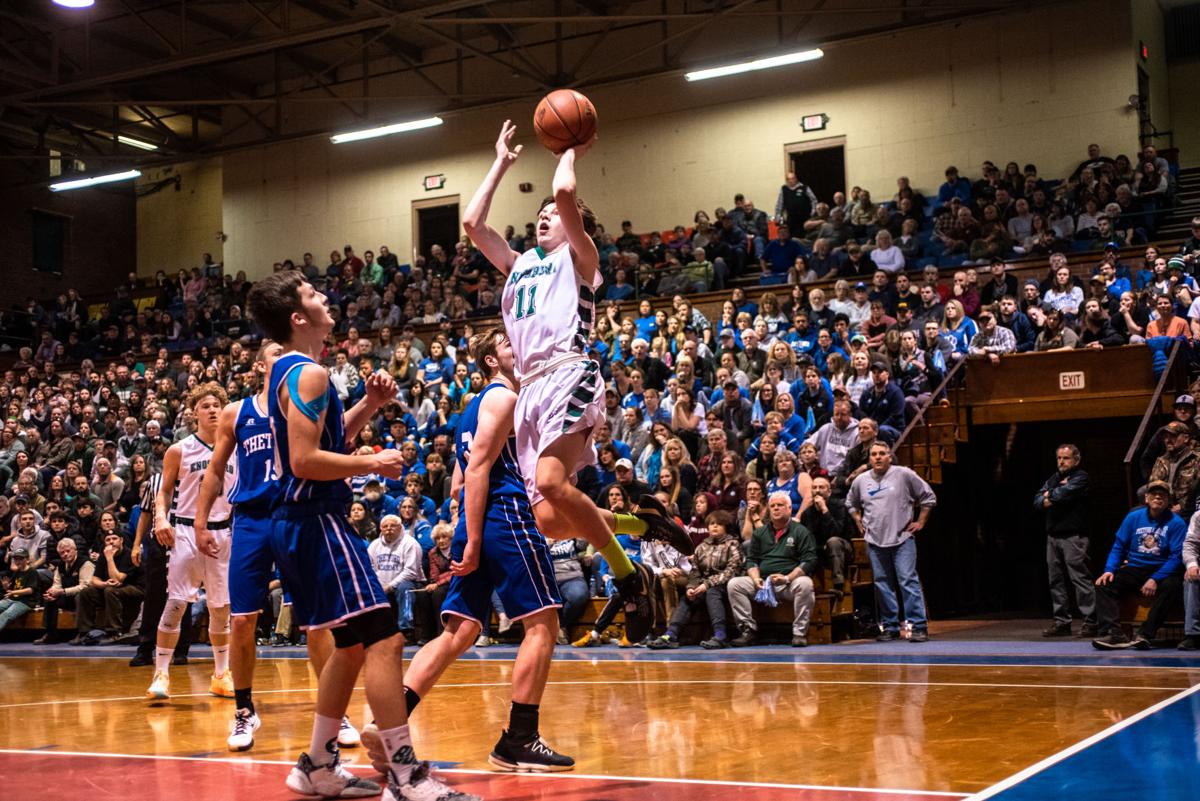 Enosburg’s Devyn Gleason drives to the basket in the first half on Saturday night. 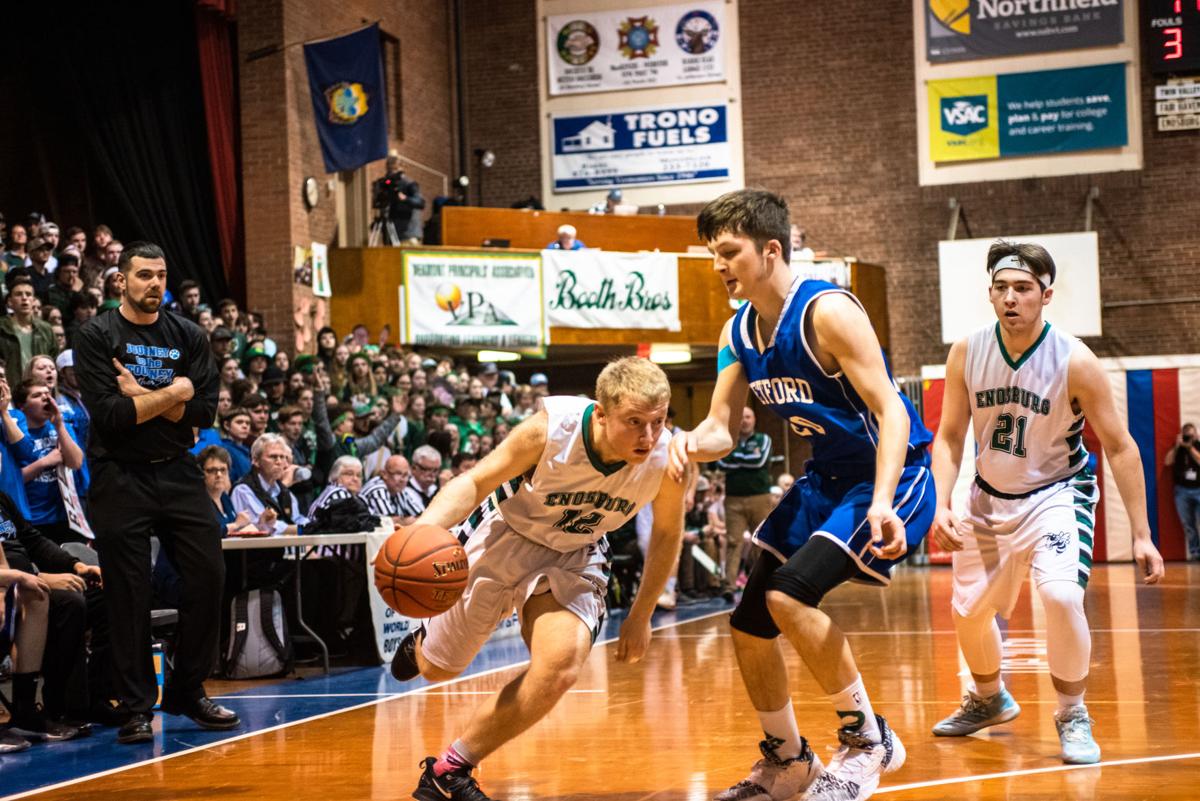 Enosburg’s Tommy Benoit drives past a defender in the first half. 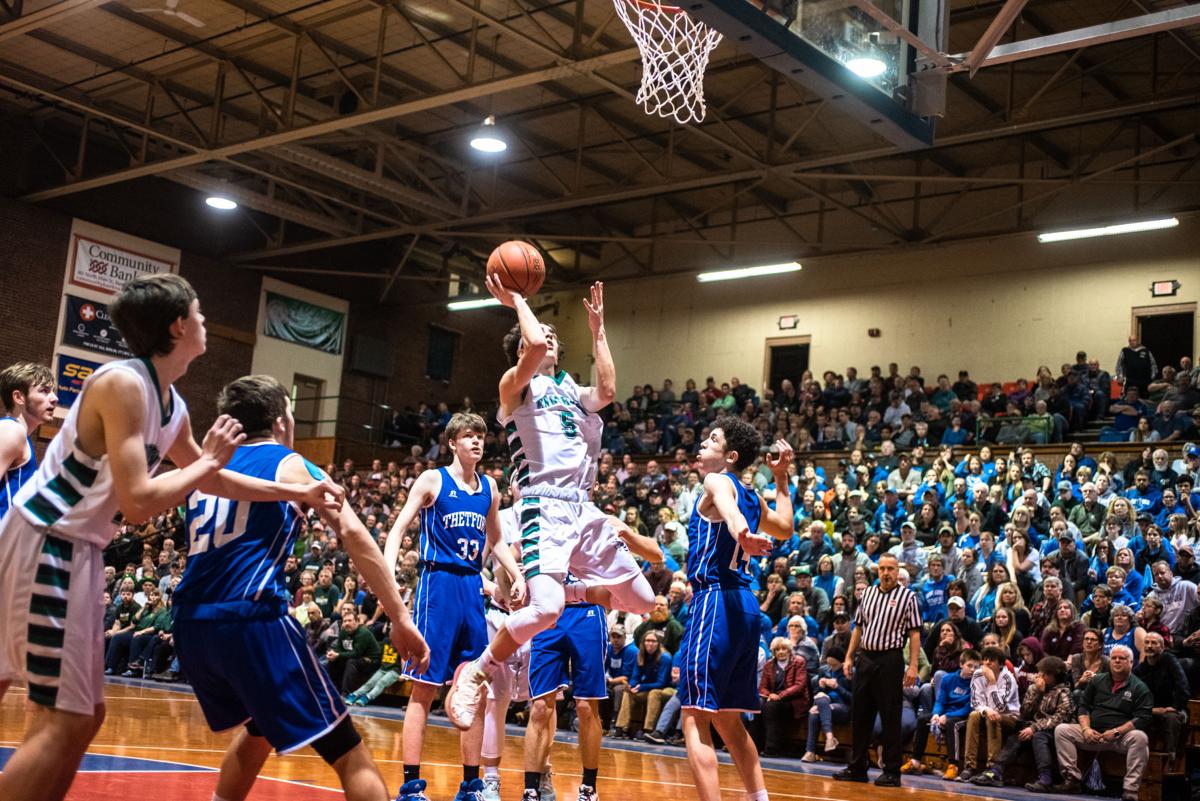 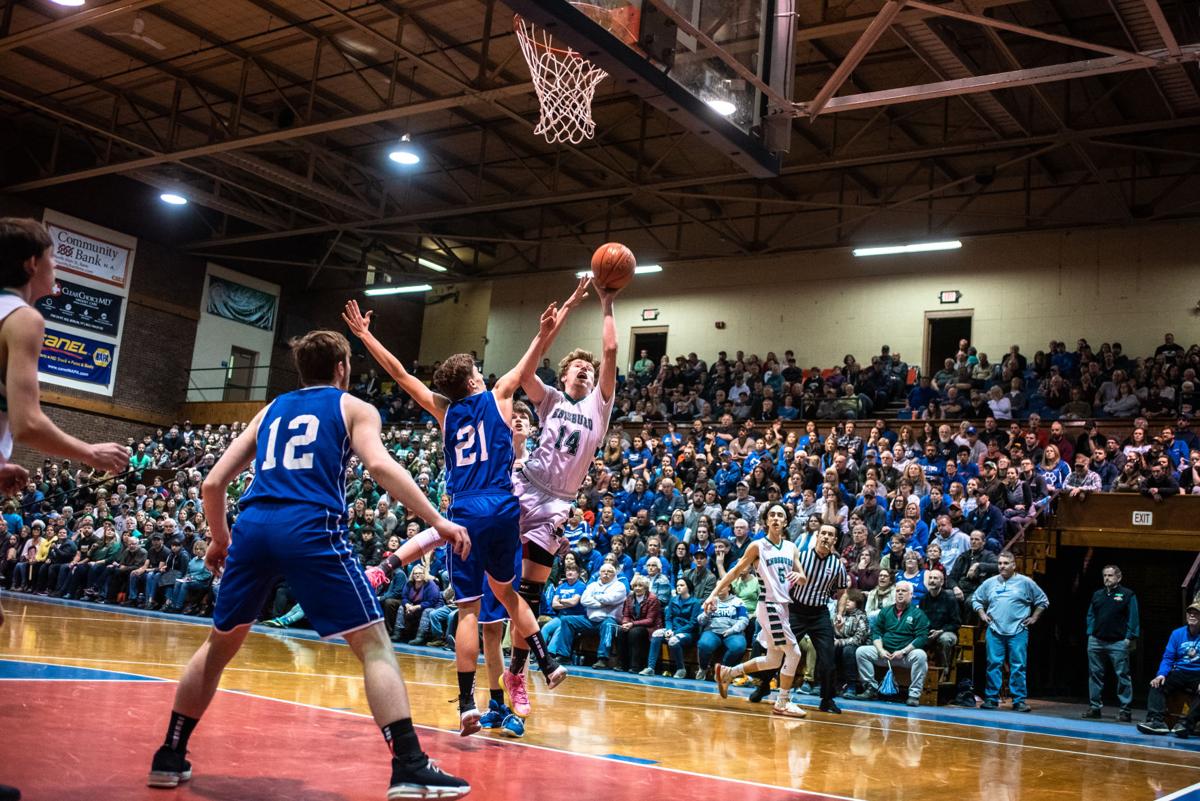 Enosburg’s Aidan Kelly makes a strong move to the hoop. 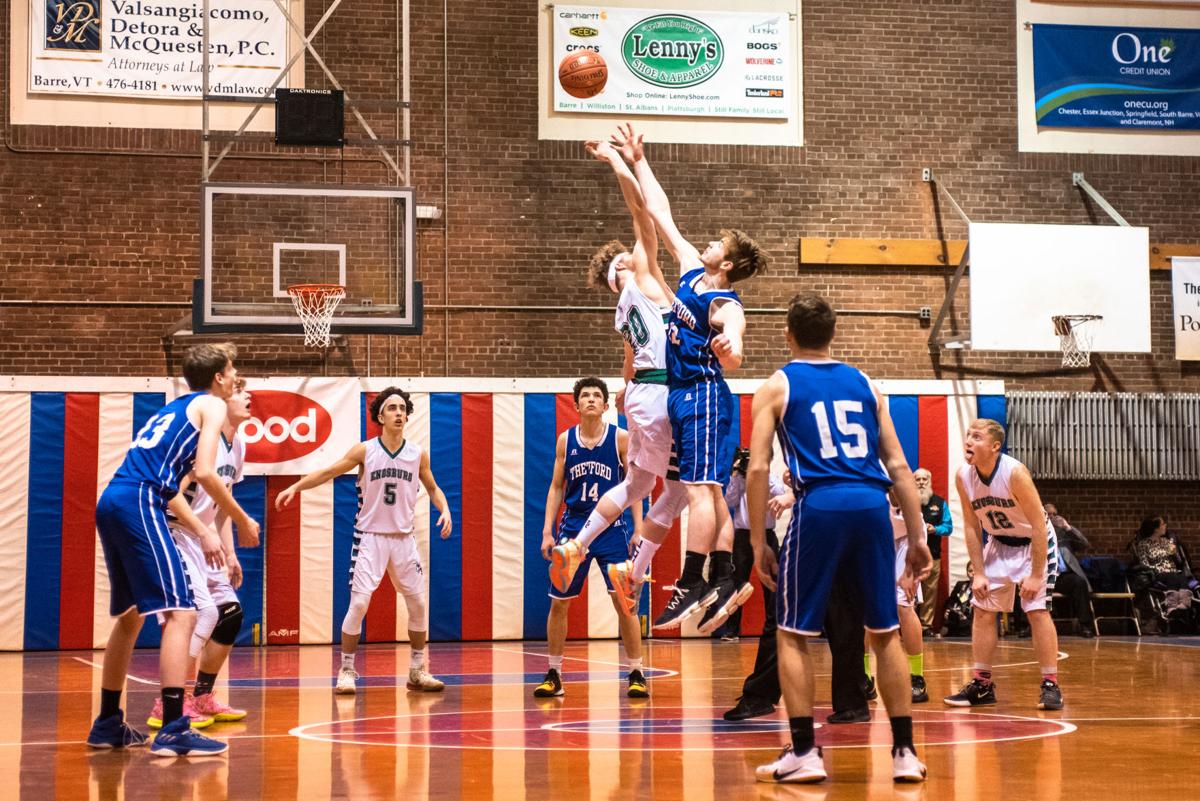 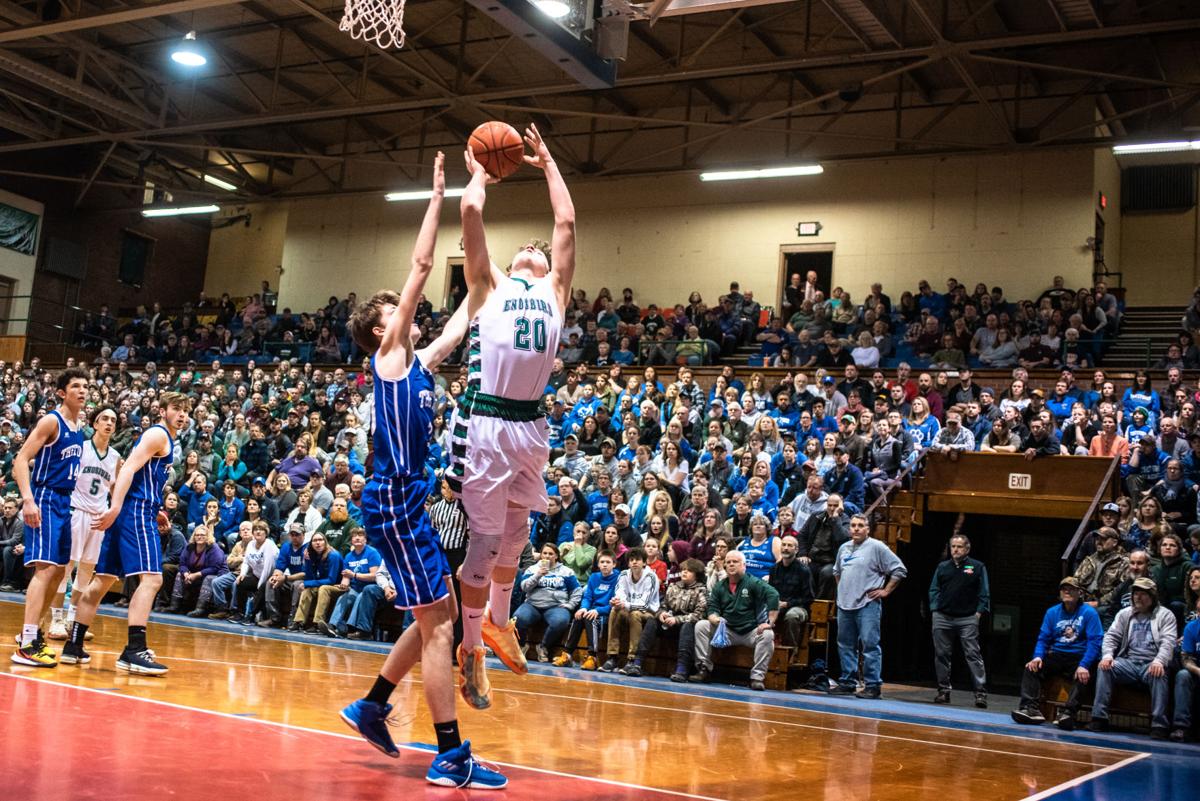 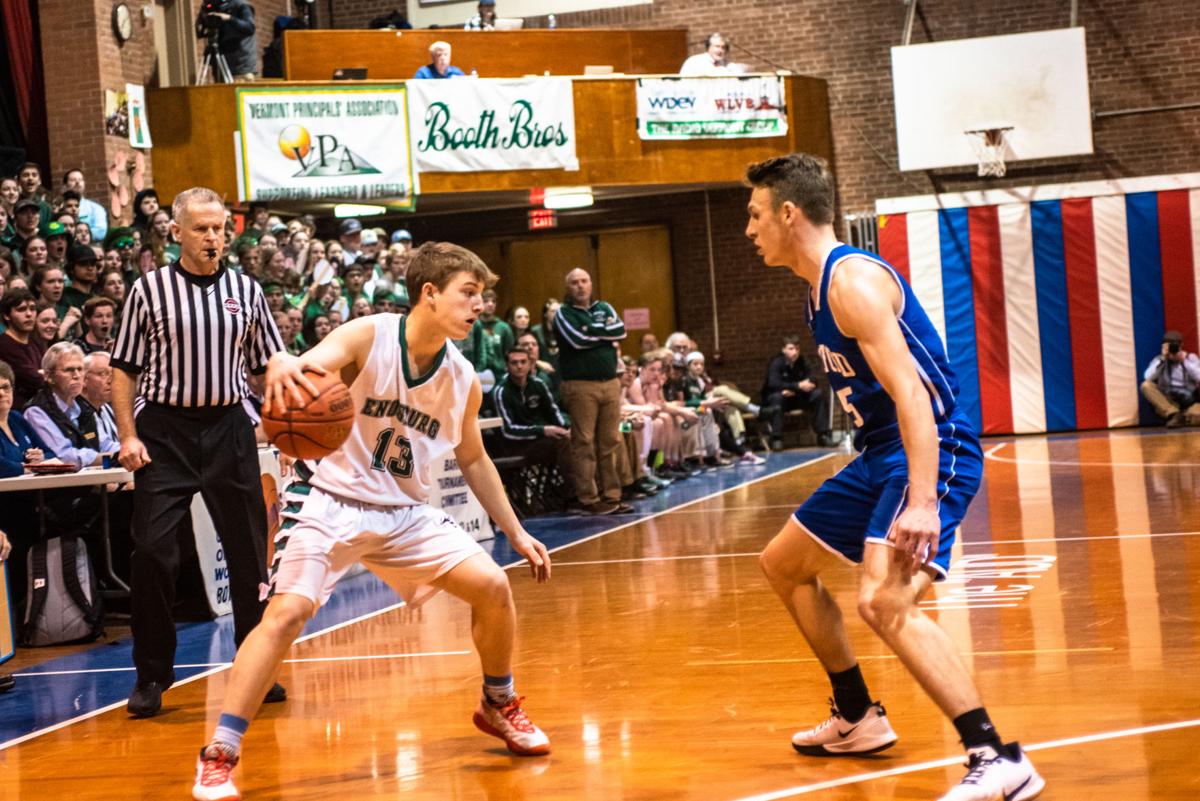 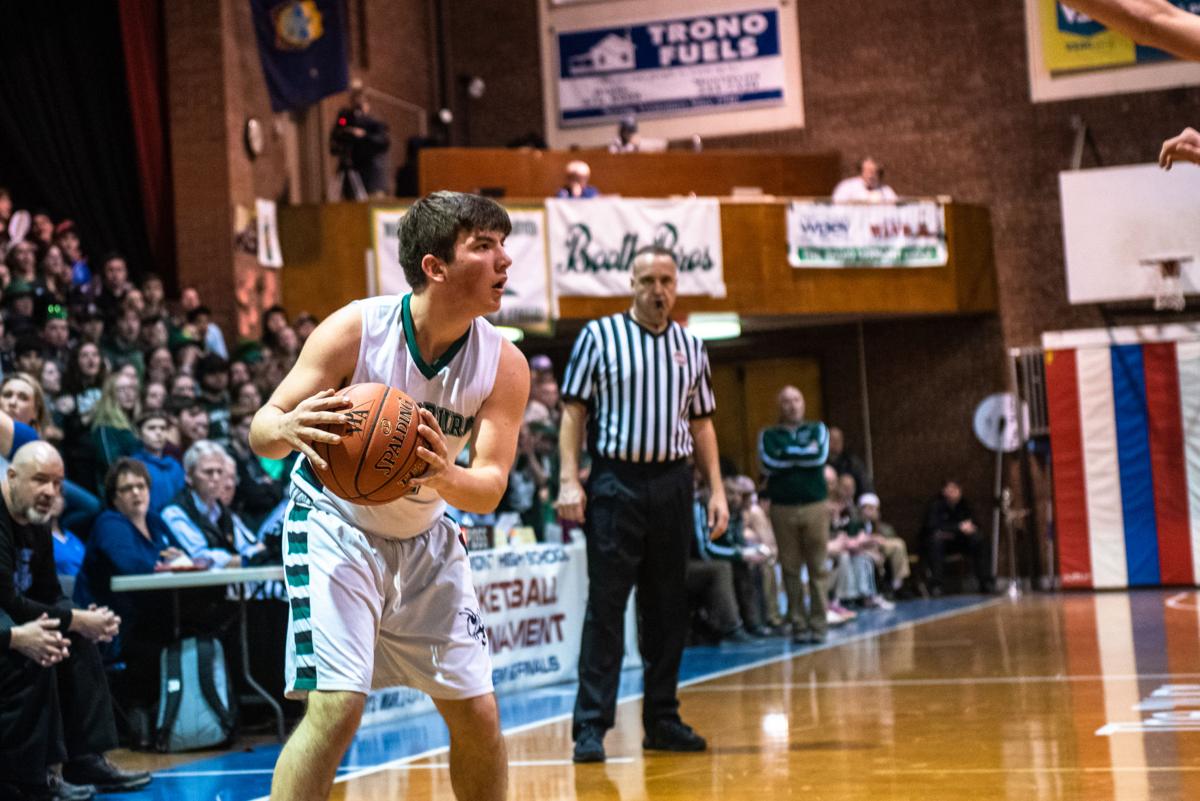 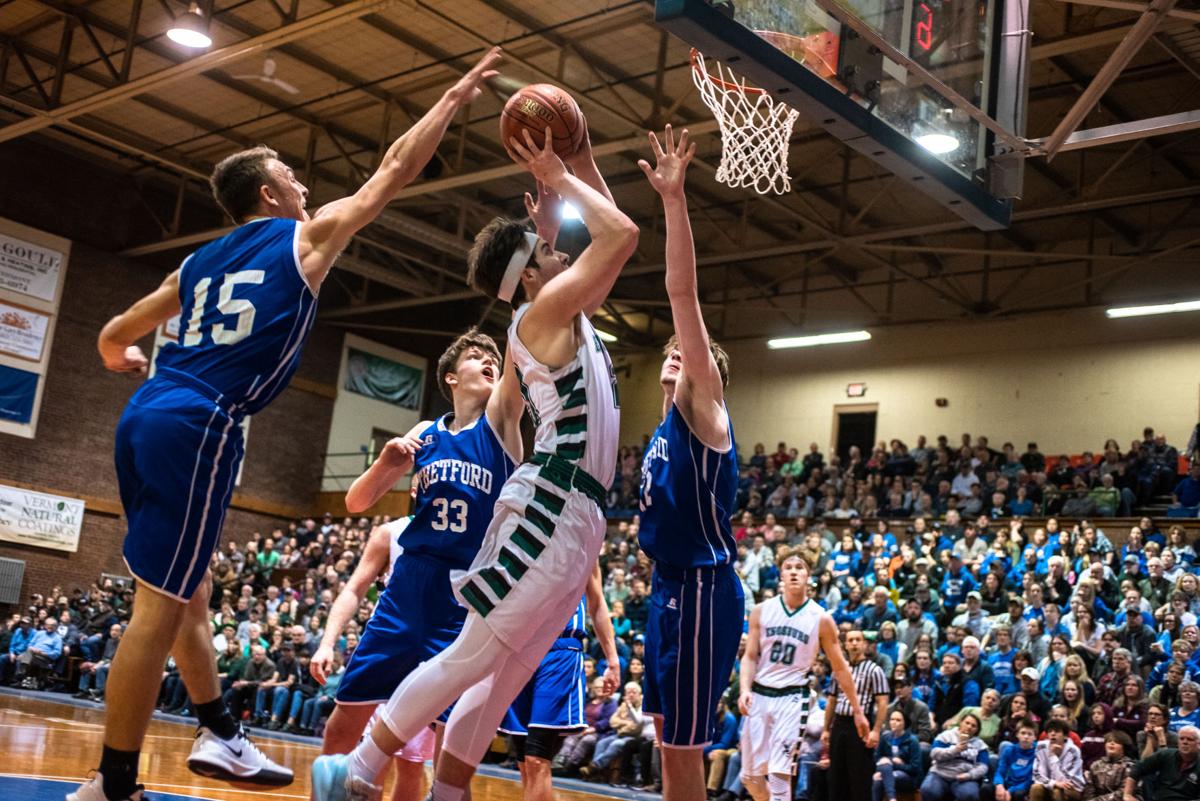 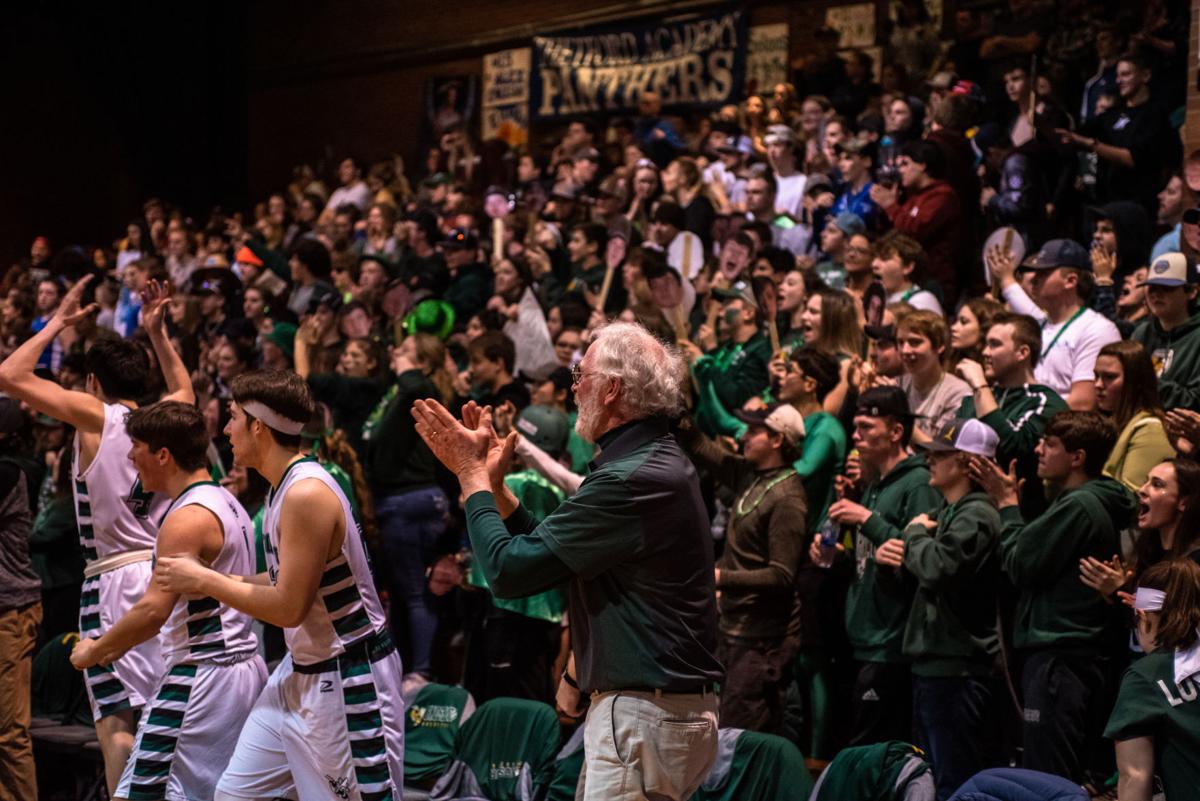 Enosburg’s Devyn Gleason drives to the basket in the first half on Saturday night.

Enosburg’s Tommy Benoit drives past a defender in the first half.

Enosburg’s Aidan Kelly makes a strong move to the hoop.

BARRE — The Enosburg Hornets and their faithful fans trekked to Barre on Saturday for the DIII Vermont State boys basketball tournament.

The Hornets, the fourth seed, upset the first seed Hazen Wildcats on Thursday to earn the trip to the finals.

The 2020 Hornets came in eager to add a second boys’ basketball banner to the Hornet gymnasium, but this time around, they left as the runners up in a contest that ended with a 54-44 loss to the lanky Panthers (7).

Hornet senior, Ethan Williams, won the tip for Enosburg in the opening seconds at the Barre Auditorium.

Shortly after the tipoff, Owen McKinstry nabbed a steal, and Williams proceeded to net the first bucket, a layup in traffic.

A Thetford triple shortly after, secured the early lead.

Aiden Kelly grabbed a steal of his own jumping the Hornets to a 9-4 lead midway through the first quarter. Freshman, Devyn Gleason’s two free throws gave the Hornets a six-point advantage.

With less than two minutes remaining, Thetford scored twice, unanswered, and narrowed the Hornets’ lead to 11-9.

Enosburg grabbed a defensive rebound as the time slipped under a minute, but once again, struggled to convert the play into points. Instead, Thetford gained possession on a foul and scored on a breakaway layup.

The teams left the quarter knotted at 11 apiece.

Thetford slipped an early basket into the hoop, seconds into the second quarter to gain the lead. The height advantage of the Panthers kept the Hornets working feverishly on the boards.

An Enosburg three-pointer closed the gap, 15-12, Thetford holding the lead. The teams traded threes, Thetford coming out on top 20-15, as the quarter waned.

McKinstry snuck in a layup below Thetford defenders, closing the margin to three points, but the Panthers answered quickly, maintaining their five-point lead.

A second basket for the Hornets, with less than 30 seconds on the clock, was answered again, the teams leaving for the half at 24-19 in Thetford’s favor.

Williams’ layup in the paint got the Hornets’ offense started in the second half, but once again, the Panthers answered.

Gleason drained a triple for the Hornets, breathing life into the Hornet student section; a second basket by Enosburg prompted a Panther time out and brought the Hornets a basket short of a tie.

Williams had his turn to rouse the crowd, drawing a foul and netting an And-1 to once again close the gap to one point.

Gleason, fouled on a triple, took the line for Enosburg, sinking all three and regaining the Hornets’ lead. Thetford hit the tying shot, but Williams came back with confidence, taking the lead back for his Hornets.

With under a minute left in the third, Thetford’s layup knotted the score.

Enosburg worked the clock, unable to get a basket, and the teams left the third, once again tied, this time at 34 each.

As the teams took the court for the fourth, the cheering sections roared, a wall of sound bouncing back and forth across the gymnasium.

Gavin Combs put Enosburg on the board after a two-minute scoring drought for the Hornets early in the fourth.

Thetford had capitalized on that drought, increasing their lead to 43-36, mostly from the free-throw line, midway through the quarter.

As the final minutes of the fourth ticked down, Thetford gained a ten-point lead, pulling away 47-37.

McKinstry roused the Hornet crowd with a steal at the two-minute mark, and fouled on the play, netted one.

Williams netted a hoop on a short pass from McKinstry, putting the Hornets at 49-40 behind the Panthers with just over a minute on the clock.

The high effort Hornets gave it their all, but it was Thetford who earned the 54-44 win and the DIII state championship.

Ethan Williams had 15 points for the Hornets and Owen McKinstry and Devyn Gleason each had 10.

“It was a big change from being the underdog, to now being the team everyone expected to win. That got to us a little bit,” said Ensoburg coach Chad Lovelette.

“They’ve been here,” said Lovelette. “Their length also gave us a little bit of trouble. They were a bigger team, and we haven’t faced that a lot this season.”

Lovelette has hope for the future.

“Out of the eleven I have returning, half of them are sophomores, so we’ve got a lot to look forward to.”

Lovelette’s perspective on the season’s final game was spot on.

“I told the boys that out of seventeen teams in the division, you were one of two teams to make it to the final. If you make it to a state championship game once in your high school career, you’re lucky.

“Later on, you’re going to look back on this, and you’re not going to remember what happened in this game.

“You’re going to remember jumping around in the locker room after beating the number one team--and the bus ride and the parents on the side of the road waving as you headed to the championship. That’s what you will remember.”