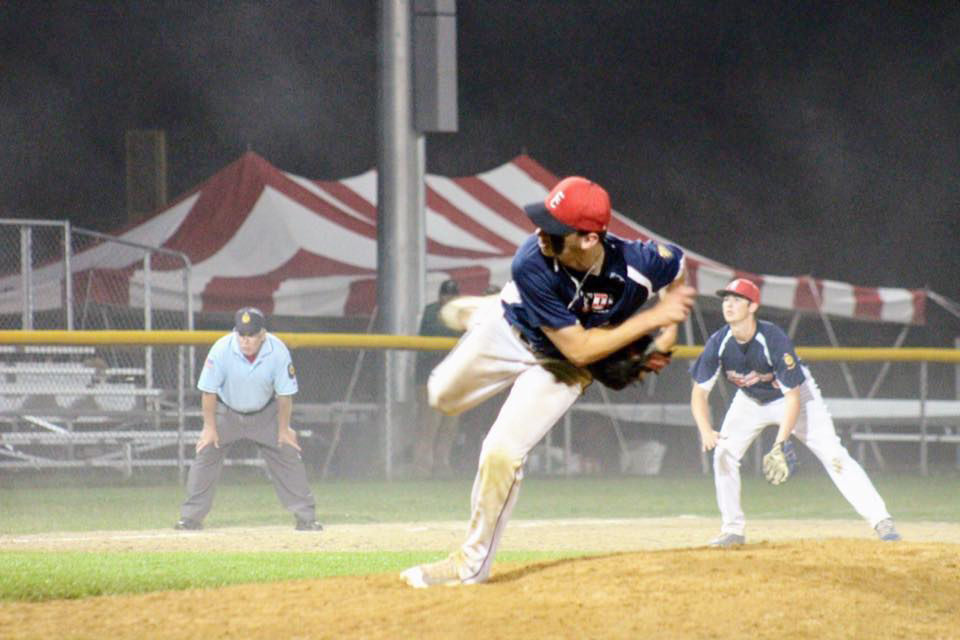 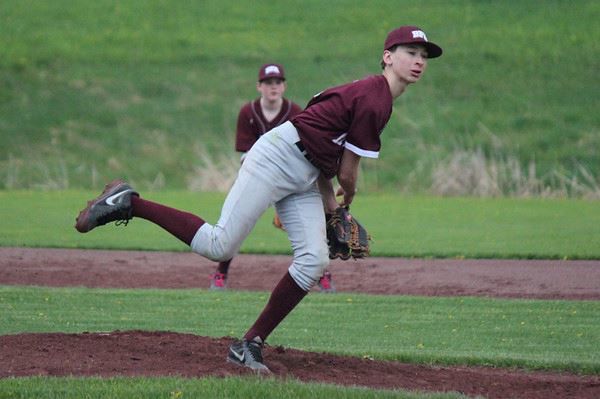 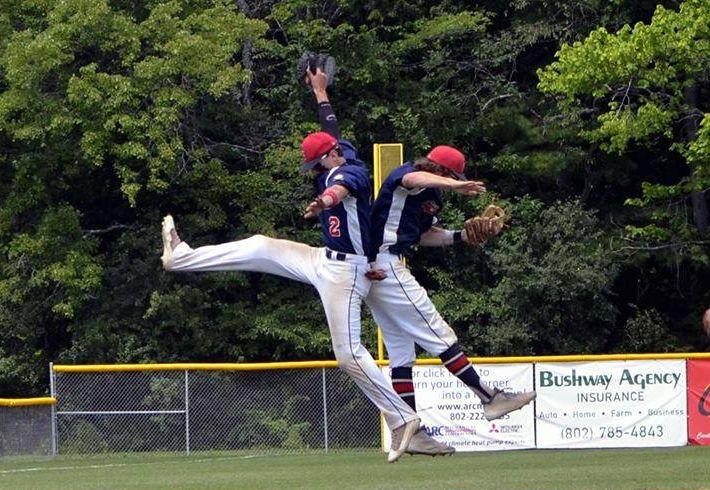 Hakey and teammate Caleb Laroche celebrate a Legion win in 2017.

Hakey and teammate Caleb Laroche celebrate a Legion win in 2017.

FAIRFAX/WEST VIRGINIA — The Hakey family has been synonymous with baseball in Franklin County for decades, and Jake Hakey fully embraces his roots.

The youngest of three brothers, Jake, grew up playing baseball in Franklin County and went on to play for West Virginia Wesleyan College.

“I wouldn’t be here if it wasn’t for my grandfather. He’s the biggest influence on my life with baseball,” said Hakey.

Hakey recalled his grandfather, Mark Hakey, and his great grandfather Charles watching him throw when he was three years old.

“They knew I’d be a pitcher, and my grandfather decided then to help me learn to pitch,” said Hakey.

“Pitching and baseball are a big part of our family heritage. My great grandfather Charles traveled all over Vermont, Quebec, and Upstate New York on the weekends playing baseball, and he worked for the railroad during the week.”

When Charles had a family, he began to teach his children the game he loved. His son Mark embraced the game and passed it on to his kids.

“My dad (Mike) played baseball at St. Mike’s, and my uncle Patrick played DI at Troy State University and DII at Lander University in South Carolina.

“Patrick, who was 6’8”, signed with a Club team and pitched in the Cape Cod League for one game, before he got a contract with the Mets.”

The next generation of Hakeys included Jake and his older brothers Thomas and Brett.

“I’d come home from school, and my grandpa Mark would have the pitching machine lined up; I’d hop in the cage and hit hundreds of baseballs.

“We’d throw in the net and work on mechanics. My grandmother would call us in for dinner, and then we’d rest up until the next day.”

The daily baseball routine may have been a chore for some, but for Jake it was a joy.

“I enjoyed it too much to get tired of it. We put twists on things--my favorite game in the fourth grade was called Amazing Catches,” explained Hakey.

“My grandfather would throw me baseballs in the air, and I’d time my steps to have to dive and catch the ball. We spent hours doing that!”

Even when ‘Grandpa Mark’ wasn’t home, there was still plenty of company.

“My brothers and their friends would come over; baseball for our family was a community thing. We wanted people to be involved.”

During the time Jake was developing his pitching skills, his grandfather ran a pitching clinic for local kids.

“He always stressed that baseball knowledge was something we wanted to pass on to keep the game alive,” said Hakey.

The years in his grandfather’s tutelage have given Jake a desire to coach.

“I feel the same way about the game as my dad and my grandfather. I want to share what I know, and I’m learning more every day about the sport.”

While some athletes struggle to enter college sports, Jake felt his past had prepared him for his present.

“I was always playing against kids who weren’t my age, and I attended showcases in high school and pitched against some of the best kids in the country. I was confident I could compete.

“I like to walk around with a big chip on my shoulder even if I don’t have one. When you’re on the mound, there’s no emotion, no matter what happens around you. You act composed 24/7; your job is to get guys out and be in charge,” said Hakey.

“I brought that to college, and people noticed that. I gave up runs and had long innings, but I’d walk off the mound calm. When people asked if I was okay, I’d tell them I was, and it would be fine.

“I never struggled so much as I did my freshman year. Through it, I didn’t question if I was in the right spot or it wasn’t for me. We were raised to know we could always do better; we could adjust. Did you walk a guy? What can you do next time to prevent that situation?”

“I wasn’t sure if I wanted to follow in my brother’s footsteps, but when I got to Wesleyan, it was my chance to prove myself,” said Jake.

Jake’s sophomore year, he made gains.

“I had more meaningful innings, and I performed better and became an impact player.”

Like all spring athletes, Jake missed his junior spring season, but he was able to compete in the fall.

A new pitching coach, a good freshman class, and a chance to lead all promised a good spring season.

“I was an old guy now; it’s amazing how fast that switches. After doing better in my sophomore year, I felt like I had a place to lead,” said Jake.

“I was one of the oldest guys on the pitching staff. I was looking forward to that in the spring.”

During his first two seasons at Wesleyan, the team had a lull in success; the transition was a challenge.

“It was tough because I came from successful Legion and high school teams. You have to look for the positives and focus on improving in the years ahead,” said Hakey.

Missing his college season was tough, be Jake was also thinking of others.

“I felt so bad for all the high school seniors that lost their season this year. Our senior Legion season was the breaking of the curse with the state championship win!

“You never know how a team is going to come together when they work for a common goal! I hurt for those guys.”

College baseball has given Jake an opportunity to see the impact his family has had out of state.

“We were in Virginia, and one of the kids from the other team came over to our bullpen and asked for Jake Hakey. He told me my uncle had taught him to pitch,” said Hakey.

“He looked me up and came to talk to me because my uncle had taught him to play. That speaks to what my family has always strived for.

“We want to make baseball available to everyone. That’s the Hakey legacy!

"We want to make baseball available to everyone. That's the Hakey legacy!"