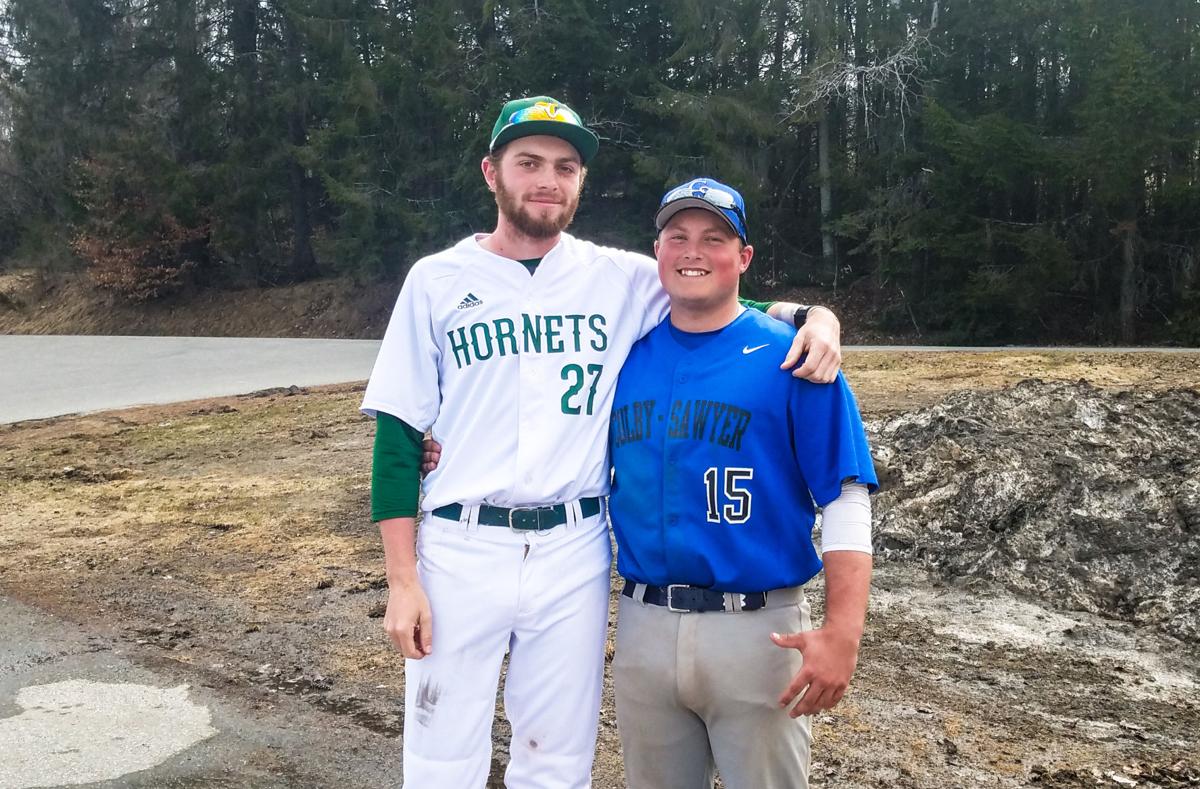 Caleb Laroche (left) and Alec Burns (right) pose for a photo after a 2018 game at NVU-Lyndon. 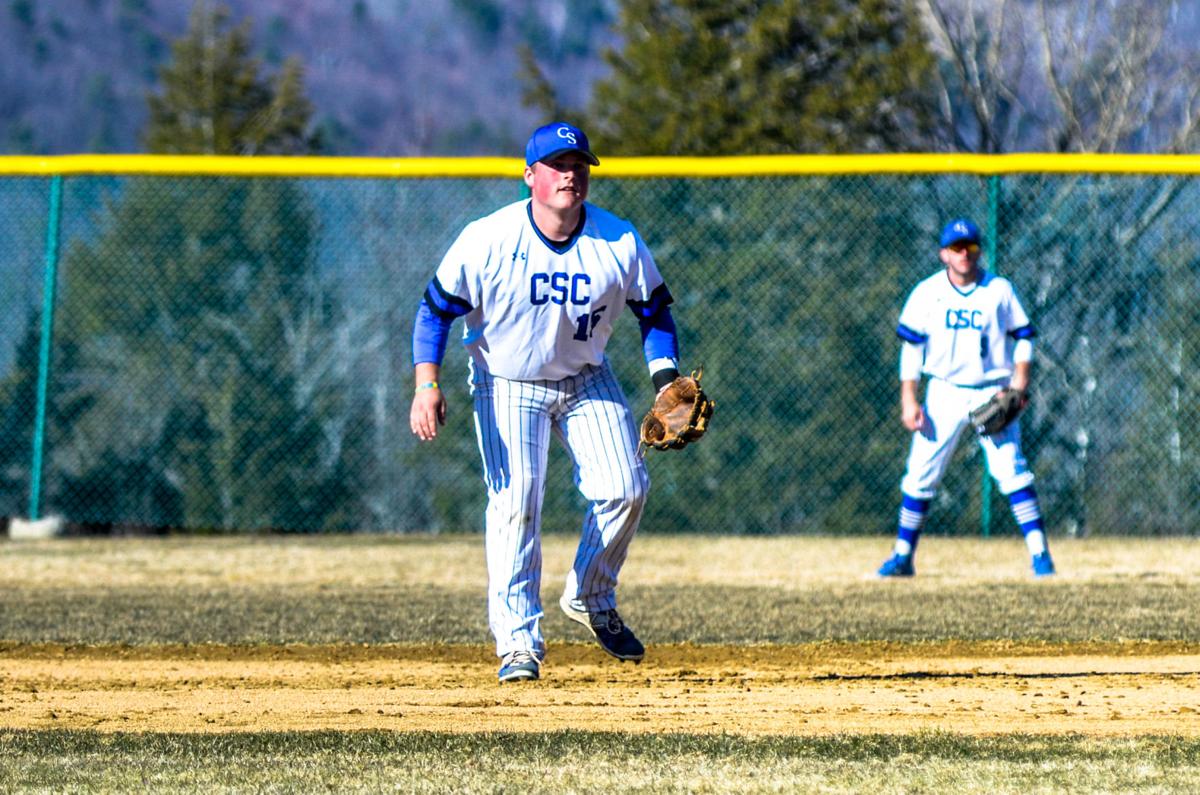 Alec Burns takes his defensive position during Colby-Sawyer’s home game against NVU-Lyndon in 2019. 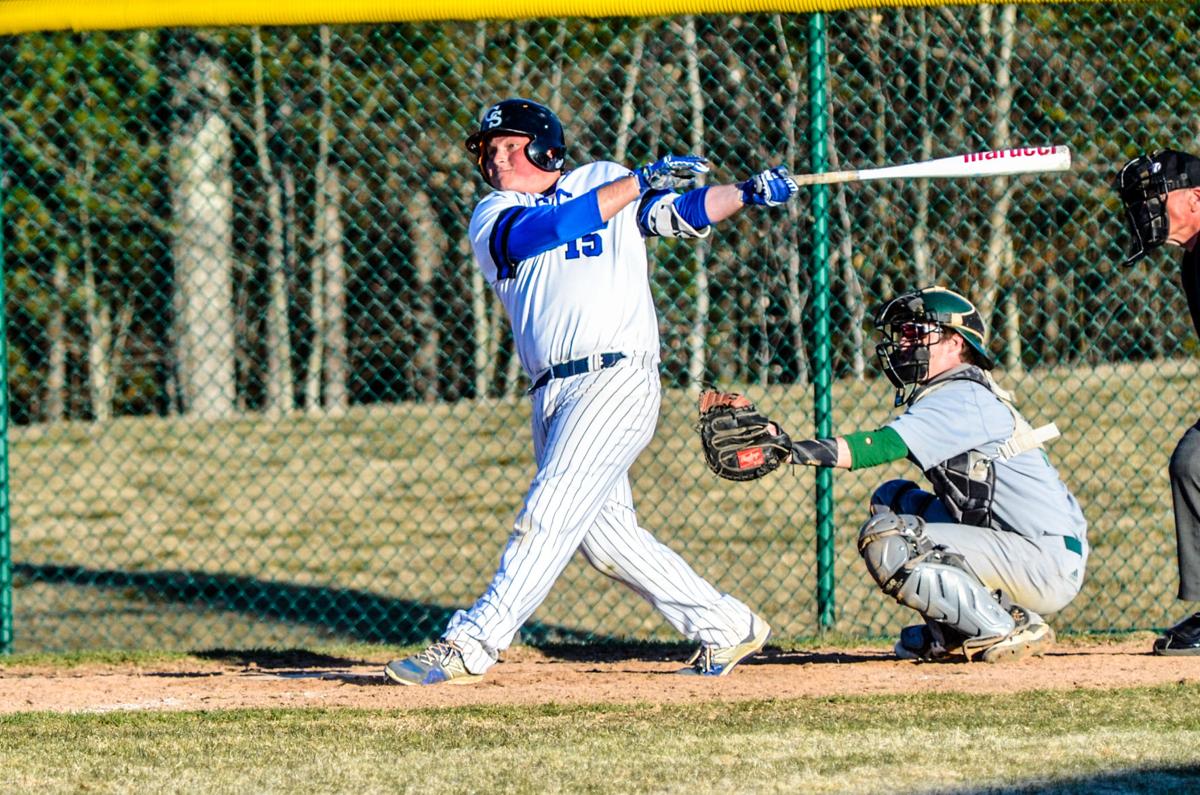 Alec Burns connects on a line-drive during the 2019 Colby-Sawyer baseball season. 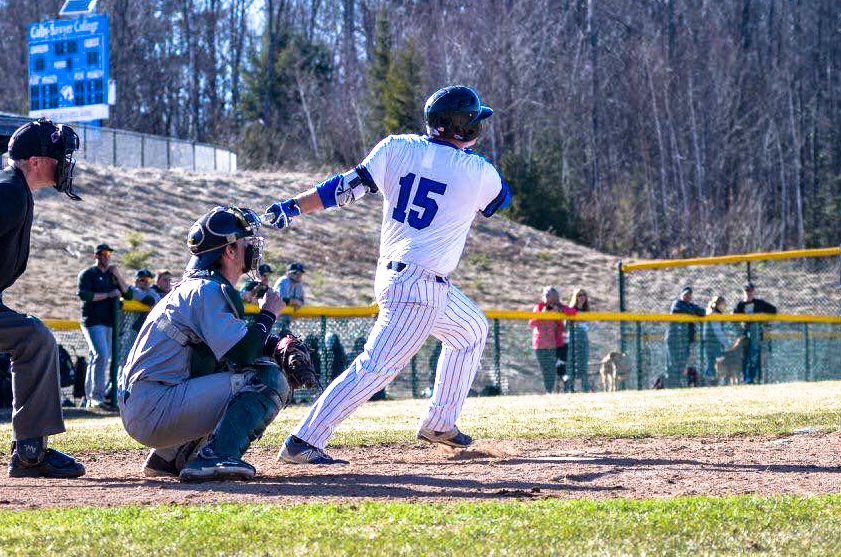 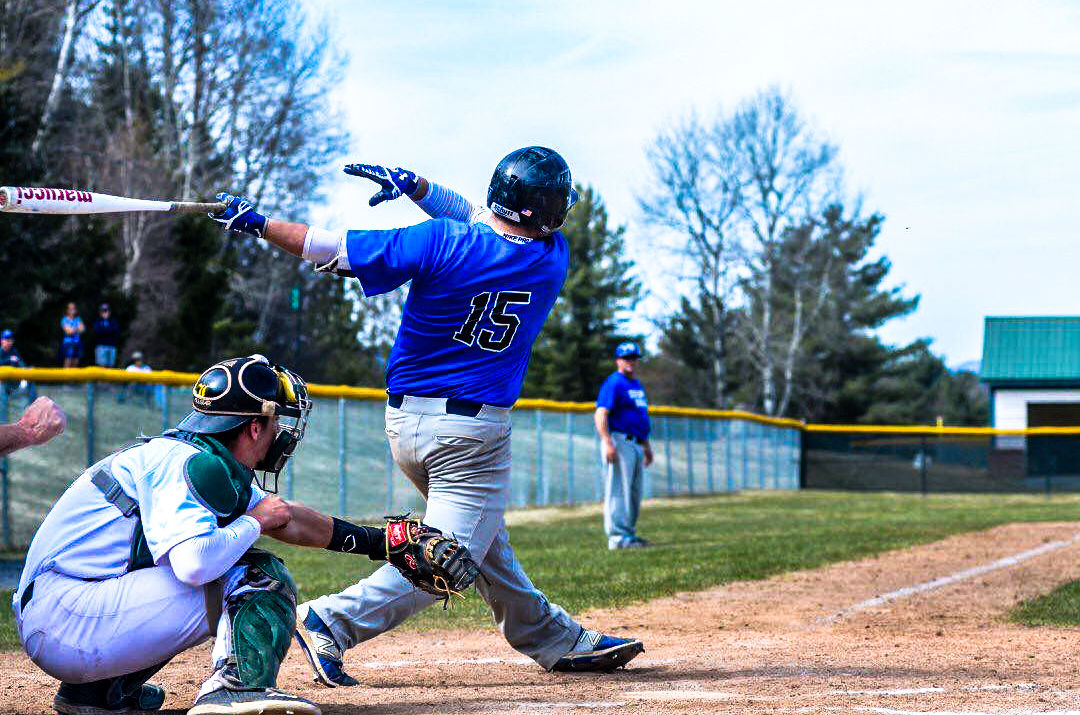 Caleb Laroche (left) and Alec Burns (right) pose for a photo after a 2018 game at NVU-Lyndon.

Alec Burns takes his defensive position during Colby-Sawyer’s home game against NVU-Lyndon in 2019.

Alec Burns connects on a line-drive during the 2019 Colby-Sawyer baseball season.

ENOSBURG — Alec Burns, a junior at Colby Sawyer College, spoke with gratitude of the people who helped him learn to love the game of baseball.

"My dad and Josh inspired me. When I was in a slump or getting down on myself, they would remind me to relax and remember that 'you're playing baseball, the game you love.'"

Burns enjoyed four successful varsity seasons in Enosburg and won a state championship with both the Hornets and Post 01 in 2017.

After graduating, he began his collegiate career with the Colby Sawyer Chargers.

"The coaching I had in high school and Legion baseball in Franklin County was really good," said Burns. "The coaches did a great job preparing me for college baseball."

Playing with the Chargers, he's had the opportunity to play against teammates from his high school years.

"When you know you're going to be playing former teammates, you're pushing yourself even more," said Burns. "I know when I would go to play against Caleb Laroche, I'd be hoping this was the year we'd beat them."

Laroche and Burns played together on the Enosburg varsity baseball team and the Legion team.

College ball often requires players to learn new positions; it can do the same for parents.

"In high school, my dad was at every game as my coach. Now he can relax and watch me play.

"He's always there; he picks me up, tells me I'm a good player and reminds me never to give up. It correlates on the baseball field and with academics."

When the college season ends, Burns returns home and joins his father in Enosburg.

"I love coaching with my dad. After growing up with him on the field, I know what he's thinking as a coach.

"Our ideas never conflict, and we have a bond--we know what to do to win a game, and I enjoy every minute of it. It's an honor to have played for my father and now to coach with him."

Burns recalled the joy he and his father shared after winning the 2017 state championship.

"We had talked about it since I was in Little League, and as I grew up, I knew I wanted to win a title!

"To be able to win it with my dad when I was a senior was awesome! It's something I will remember forever," said Burns.

"The road we took to get there was incredible. We were losing the quarterfinal game and had to come back. I was in the on-deck circle when Caleb hit the home run to help put us ahead. I remember the excitement in that game.

"In the semifinal game against Peoples, we were ahead from the first pitch. We knew we were going to the title game!"

Burns arrived at Colby Sawyer in the fall of 2017, a successful spring and summer of baseball under his belt.

"College was a huge transition. I was very anxious about performing on the field, and I worried about getting cut.

"High schoolers who'd like to play college ball--relax! It's the same game you've been playing forever. These are your last four years; enjoy them!"

When the team returned from the spring training trip to Florida, Burns began to relax.

"I had an amazing upper class that really helped me settle back in and help me perform."

That spring was the first time he faced off against former teammates.

"I remember when we went to Lyndon State, and I played against Ian Machia, Caleb, Josh, and David Laroche.

"David, who'd coached me in Legion, hit a double; I remember him saying 'hi' to me when he got to second. Later, I hit a double and gave Ian a competitive wink," said Burns, chuckling.

In his' sophomore season, Burns was able to earn a starting spot at second. He also welcomed former Legion teammate Kristian Viljanen.

"Every year, even if you've fortified that starting role, you have new guys coming in. There's a lot of competition, and it pushes you to be better," said Burns.

Burns recalled his favorite games of his sophomore year. The first came against Castleton University and the second against Lyndon.

"In the bottom of the sixth, I hit a double to drive in a run against Castleton," said Burns. "They're always tough.

"I look forward to the Lyndon games the most; I get to see Caleb. That relationship is always there."

College athletes around the country found their seasons cut short as fear of the COVID-19 virus hit the nation. Burns and the Chargers played only a few games this spring.

"Coming in as a junior, you've got two classes looking up to you. Mike Roy, one of my Legion teammates, came in, and I was able to help him get to know the guys."

While in Florida, Burns played against two more former teammates in games that weren't originally on the schedule.

"We played Clarkson because they were one of the teams who were still there. I was still able to see Colby Brouillette and Mark Connor.

"It's crazy going into college baseball and seeing all these guys I played baseball with; there are a lot of them in college in New England and New York. It's cool to run into them on the field.

"Playing college baseball is something I've wanted to do since I was a kid. I've talked about it with all of my coaches, and they've pushed me and helped me get here. I am so grateful to be able to play at the college level; it's incredible."