Starting at
$5.00 for 30 days
Get Started
View all rates
You are the owner of this article.
Edit Article Add New Article
You have permission to edit this article.
Edit
Subscribe | Sign In
Home
News
Elections 2020
Sports
Classifieds
Obituaries
Editorial
Business Directory
Things to Do
About Us
e-Edition
2020 Meet Your Business Community
2020 Resource Directory
NEWSLETTERS
1 of 7 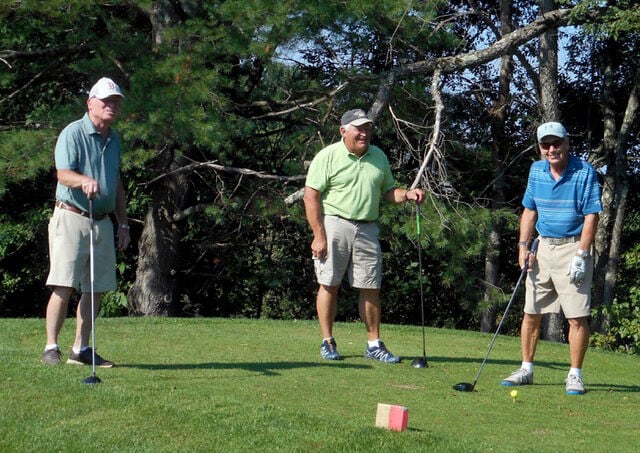 Paul “Cold One” Smith, Dan “The Hoofer” Babcock, and Norm “Al” Delorme who finished second at -.5. 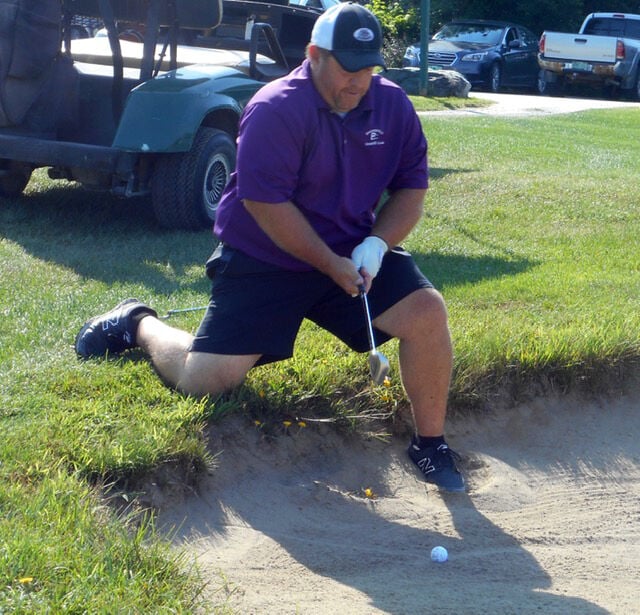 Dave “Action” Jackson who usually prays before the big shots. 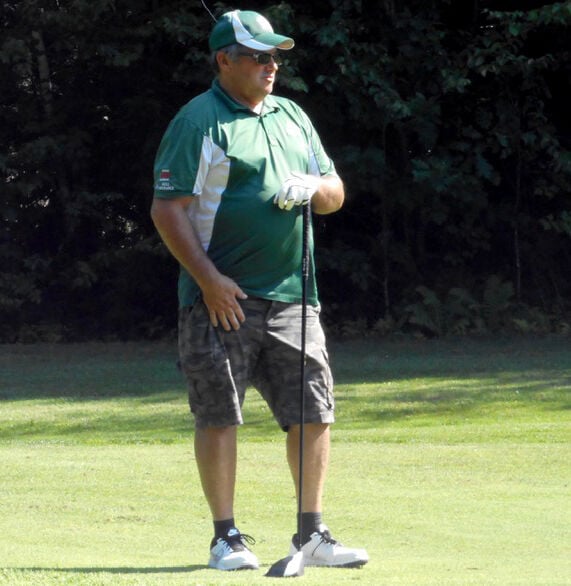 Pis-Toe Pete Columb wondering why most of his shots were in the woods. 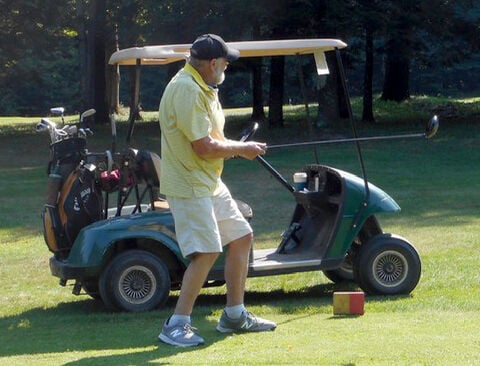 The Captain seeing his first action since the first week. 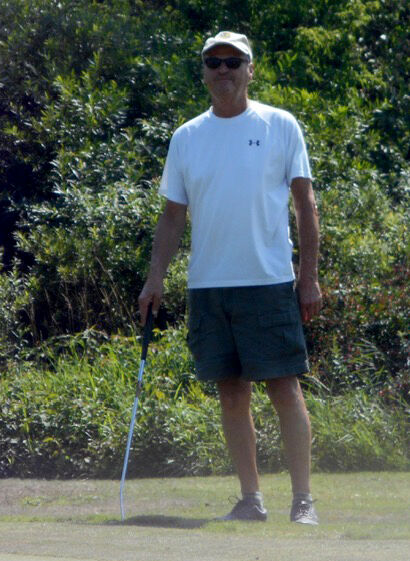 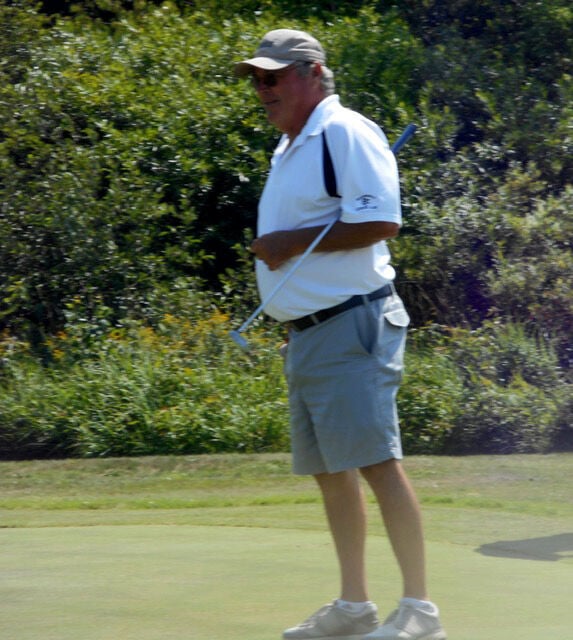 Brent “Jolly” Lussier was smiling even more after he won the closest to pin. 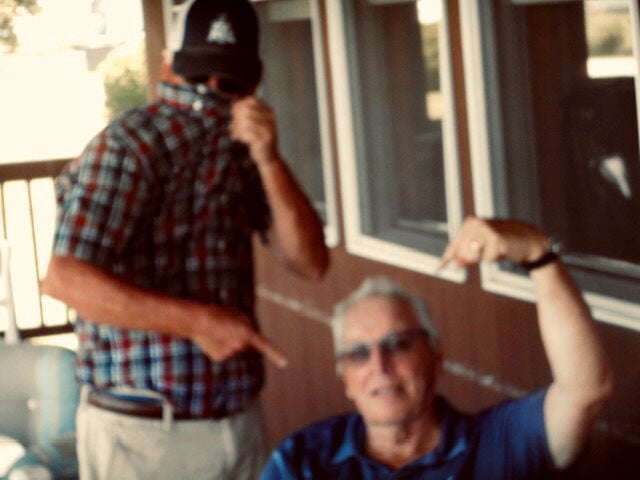 “MR. Smith” and Richard “The Warden” Hislop after learning of the Crash and Burn Award.

Paul “Cold One” Smith, Dan “The Hoofer” Babcock, and Norm “Al” Delorme who finished second at -.5.

Dave “Action” Jackson who usually prays before the big shots.

Pis-Toe Pete Columb wondering why most of his shots were in the woods.

The Captain seeing his first action since the first week.

Brent “Jolly” Lussier was smiling even more after he won the closest to pin.

“MR. Smith” and Richard “The Warden” Hislop after learning of the Crash and Burn Award.

ENOSBURG — The week off certainly didn’t help the scoring in the League as only one team out of twelve made their points.

What is it with Stevie “Wonder” Rocheleau? Five out of the last seven weeks, this guy is on the winning team. He can’t be that good, but the guys with him were.

A couple of guys were called up from the minors (Thursday Night League), and Dave “Action” Jackson delivered as he was a +4.5.

Gary “The Legend” Geraw was somehow +4, and that was enough for a win despite negative performances by Wonder and Larry “Team Leader” Cummings. The team was only +2.5, but when everyone else is negative it’s a runaway.

The real battle this week was for the Dumpster Fire Award. Five teams were more than -10. Claiming bottom spot was “Mr. Smith” who didn’t want his name mentioned, Phil “Guitarman” Lovelette, and the guy who failed in every expectation, Dick “The Warden” Hislop. These hackers flailed to a -17.

“Slim” Tim Columb was the current holder of the Crash and Burn Trophy, given to the guy who had the most pitiful performance of the day.

As Slim found his game, who would step and claim the prize? Enter Pis-Toe Pete Columb, who did his best to keep it in the family. His motto, “Whatever Slim can do, I can do worser.”

Pis-Toe was the other call up from Thursday Night League. His -9 performance looked to be a lock for the trophy.

While the celebration was going on, the Warden stepped in and claimed he was -11, snatching the trophy away from Pis-Toe. The Warden’s success can be attributed to 2 doubles and a triple in his first 5 holes.

First closest to pin winner this year was Brent “Jolly” Lussier who was 6’9” away.

Hole of the week wasn’t anything that unusual from a normal Andy “Lawn Boy” Jette round. Lawn Boy was directly behind a tree on the right side of #8.

He announced he was going to chip out to the middle but instead hit all the way across the fairway to get directly behind a tree on the other side. So he had to use the same plan again.

The real hole of the week happened in the Thursday League. Shawn “Cameraman” Corrow was playing as a guest of Winston. The team started on #4, and Cameraman hit the first one in the tall grass on the left.

He took a drop, and hit that one out of bounds on the right. After taking yet another drop, he hit that one over the green, chipped on and 2 putted for an 8.

On to #5, Cameraman pulled his drive into the pond on the fly. Taking a drop he hit that ball into the woods across the fairway. He looked at Winston and said, “You must think I really suck.”

Winston replied, “Well the thought had crossed my mind.”

However, in the words of that famous philosopher Andy Jette, “It’s not how you start; it’s how you finish.”

Cameraman finished the last seven holes in even par and ended up a +4.

Now for “Ask Winston.” Dear Winston, If your drive is still inside the leather after your tee shot, does it count? Signed Roland “Butterscotch” Daudelin, who was asking for a friend.

Dear Butterscotch, i’nside the leather is usually’ used on the green when the ball is close to the hole and your playing partner declares a gimme.

A drive that doesn’t go the length of the leather is unheard of, mostly. I say if you can pick the ball up and not move your feet, then tee up and hit again.