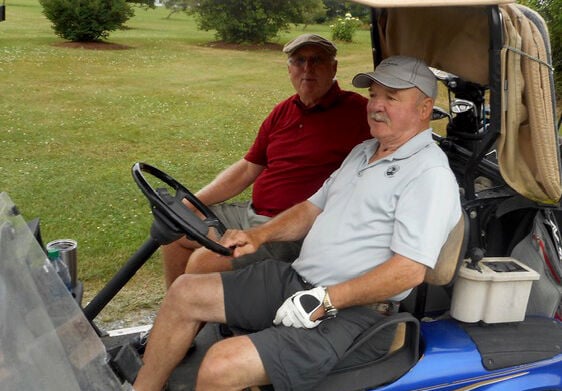 Larry squared, Larry “Harley” Wilson riding with Larry “Gas Can” Tatro when there was fuel in the cart. 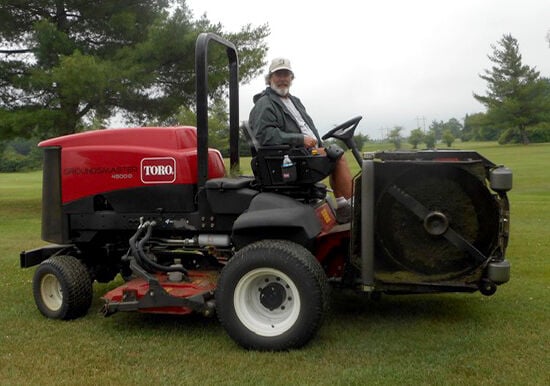 Mikey cruising around in our new to us rough mower. 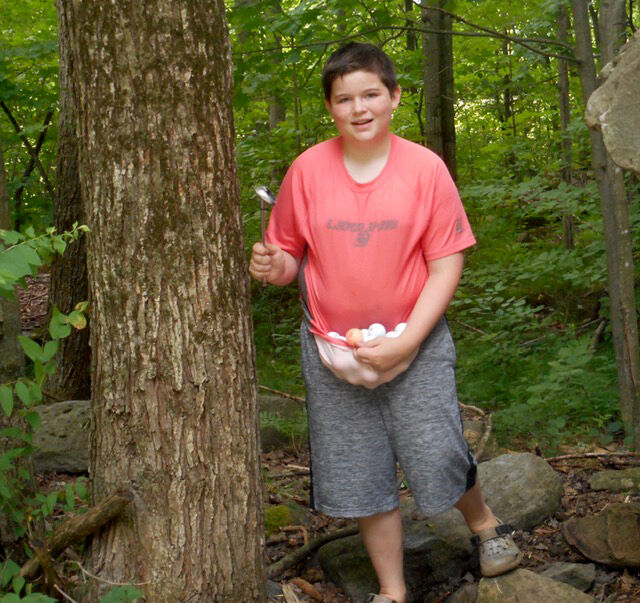 Jake the “Ball Hound” with some of his loot. 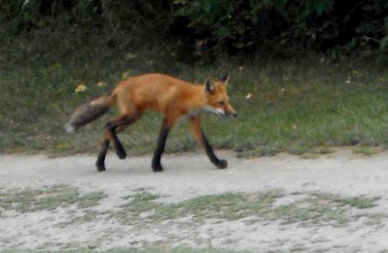 Part of the gallery moving to the next hole. 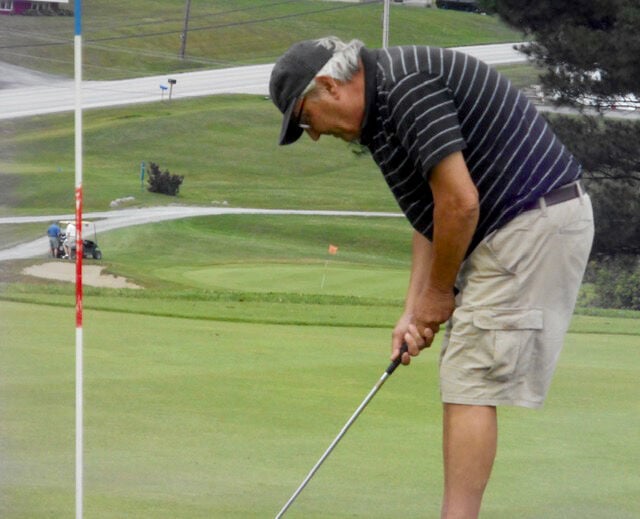 Terry “Old Smoothie” Edwards lining up his final putt of the day. 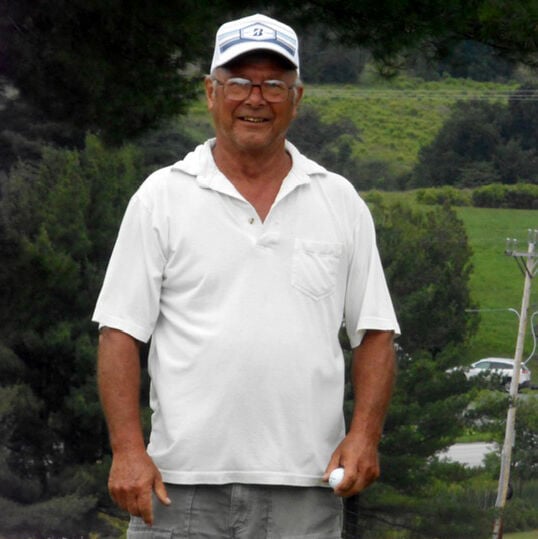 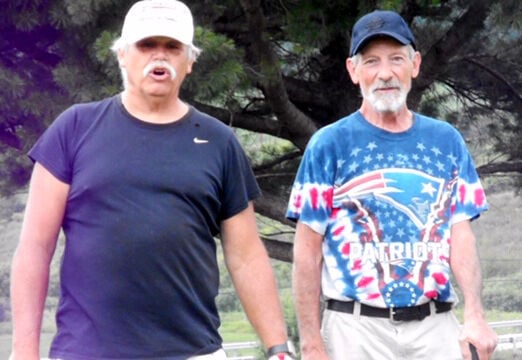 Larry squared, Larry “Harley” Wilson riding with Larry “Gas Can” Tatro when there was fuel in the cart.

Mikey cruising around in our new to us rough mower.

Part of the gallery moving to the next hole.

Terry “Old Smoothie” Edwards lining up his final putt of the day.

ENOSBURG — To increase one’s chances of being on a winning team as of late, the guys you want for teammates are Stevie “Wonder” Rocheleau and Dan “The Fish” Poissant.

Who are these guys? Guys who are cashing in, that’s who. Fish made it two wins in a row plus a most over, and Wonder has been in the winner’s circle three of the last four weeks.

Add Terry “Old Smoothie” Edwards and Gary “Baby Sitter” Geraw , and you have a team that was +27 to cruise to an easy win. Bob “Shorty” Ruiter was +9.5 as he snatched the most over prize from “Baby Sitter” and “Wonder,” who were both +9.

Then there’s the team that failed all expectations: the Dumpster Fire Award winners. Led by the -4.5 performance of Bob “Bone” Mero, with the help of Bob “The Builder” Young and Roland “Butterscotch” Daudelin, these guys were -12. Only Billy “Goat” Spears was +.5, which didn’t come close to saving this crew.

The Crash and Burn Award, which is highly coveted, was shared this week by Warren “Haulin” Dahlin and Mike “The Hammer” Bessette who were both -5.5.

Under the sharp eyes of “Butterscotch,” the first ball was found, and “The Builder” had another lease on life. The celebration was short-lived as this time, “The Builder” pounded that ball into the ravine.

Being an accountant, “The Builder” sensed the hole was slipping away and thus decided to sit in the cart. The rest of his team picked him up by all getting double bogeys. No wonder they finished last.

Last season in the A’sk Winston section,’ “Slim” Tim Columb asked if mirrors and back-up cameras should be standard equipment on golf carts.

This came about because Winston backed over Slim the previous Sunday morning. Well, the National Association of Golfcart Safety, or NAGS, has gotten involved.

NAGS has investigated and determined that the death rate of people getting backed over by golf carts is still fairly low, so no action is needed at this time.

Winston was on a team today that included Slim, Mr. Ed, and Eraser Broe. Common sense said this team was going nowhere. The only bright spot was Eraser’s grandson, Jake the Ball Hound.

Ball Hound recovered 64 golf balls and has expanded his recovery efforts to include a Callaway sand wedge, or at least the bottom half of one. Personally witnessing Eraser’s performance today, the balls will come in handy.

Gerry “The Tapper” Flanders was the winner of the random draw. We had lots of skins, some by people not heard from in years. Prime example is Larry “Gas Can” Tatro. “Gas Can” is seen towing his cart back to the shop more often than he is seen riding it. Something about lack of fuel.