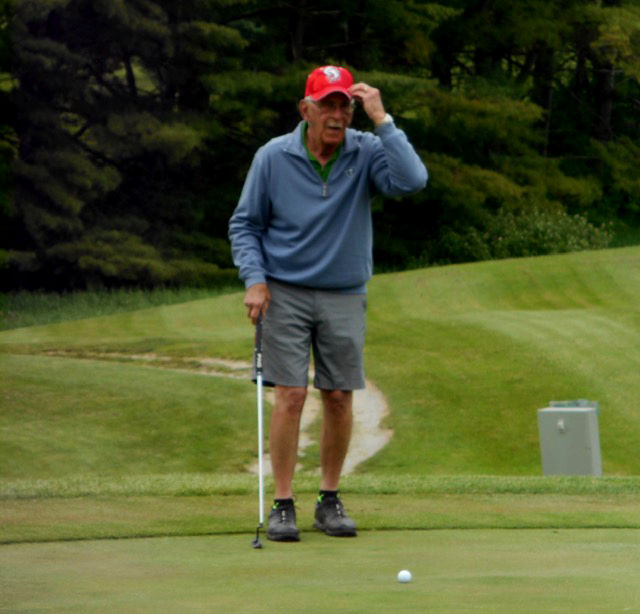 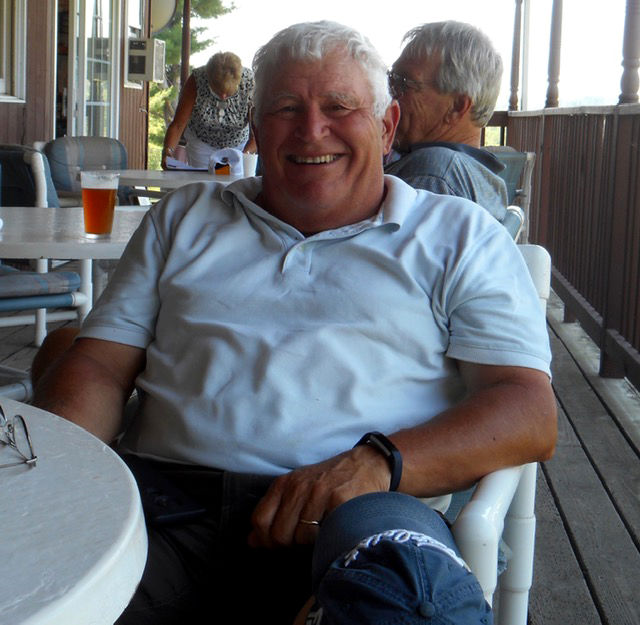 Dan “Hoofer” Babcock relaxing after he carried his team to victory. 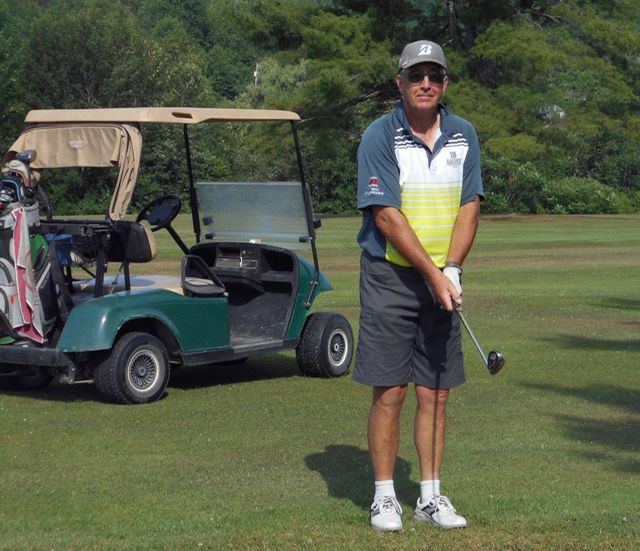 Kenny “The Super” Kane attempting to get off the Bogey train. 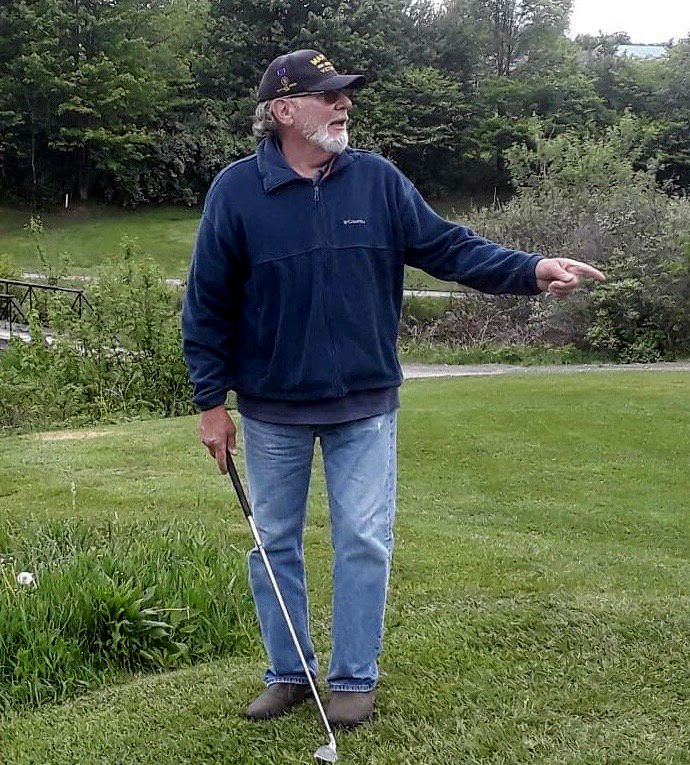 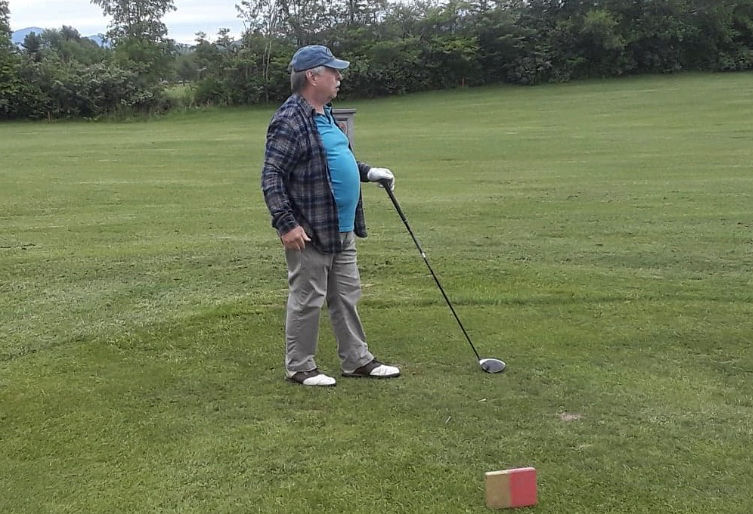 Bob “Flower” Tower telling his ball where to go. 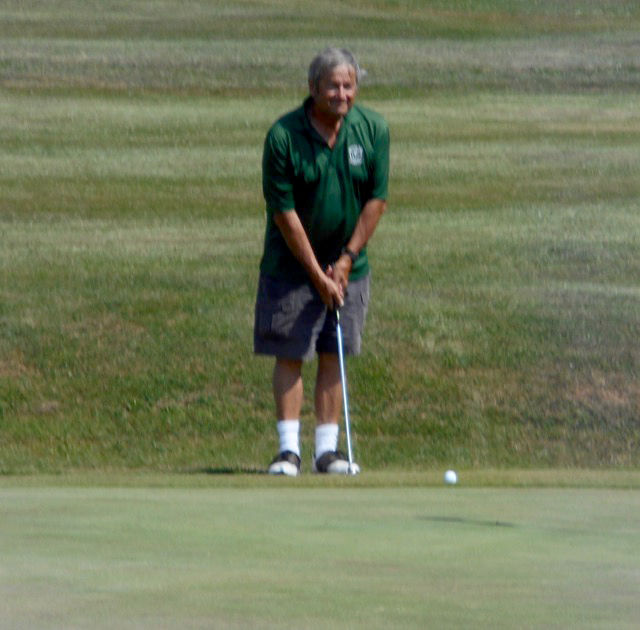 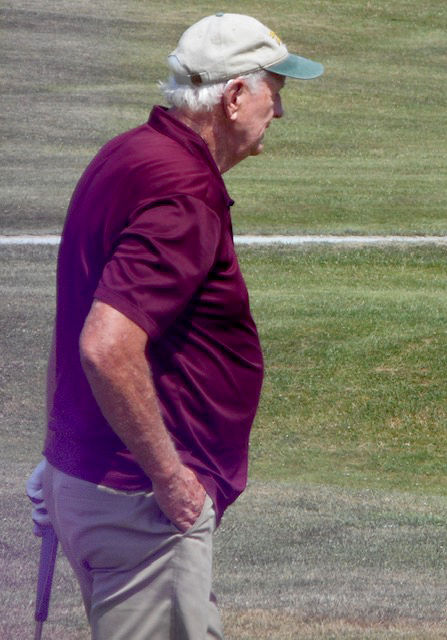 Bob “Shorty” Ruiter just before the disaster on #11.

Dan “Hoofer” Babcock relaxing after he carried his team to victory.

Kenny “The Super” Kane attempting to get off the Bogey train.

Bob “Flower” Tower telling his ball where to go.

Bob “Shorty” Ruiter just before the disaster on #11.

ENOSBURG — When the number 73 is mentioned in the same sentence as Dan “Hoofer” Babcock, several things come to mind. His age? Number of chicken wings he can eat? Number he wore playing peewee hockey? Maybe the average score of his eighth grade math tests?

Well, not this week, as Hoofer electrified the League by shooting a 73, which included 6 birdies. Hoofer, who has struggled most of the season, had the golf gods working for him Tuesday as he more than doubled his required points as he made 42, which ended up being a +22.

Larry “Team Leader” Cummings Was a +6, while Larry “Harley Boy” Wilson and Stevie “Wonder” Rocheleau were just lucky to be on the team. Congrats to Hoofer on a career day. Hoofer was on the losing team last week, a worst to first story.

On the other end, it was a runaway for the Dumpster Fire Award. Bob “Flower” Tower and Gary “Ringo” Jacobs were each a -7.5, which also earned them the coveted Crash and Burn title. Joining Ringo and Flower was Roland “Butterscotch” Daudelin, as the three of these guys were a -15.5.

Hole of the Day belonged to Bob “Shorty” Ruiter and the tremendous support he received from Craig “One Shot” Gilmond. Shorty teed up on the par 3 eleventh hole and proceeded to hit into the ravine, something he claims he never has done.

He took a drop, and for the second time, he did something he has never done, hit that ball into the crap.

Ever the cheerleader, One Shot said,”Drop another, you can still get an 8.” Brings a tear to your eye the way these guys support each other.

Since no points are awarded for more than a double bogey, Shorty considered his options and elected to sit the rest of the hole out.

The team waiting patiently behind this group, applauded the decision.