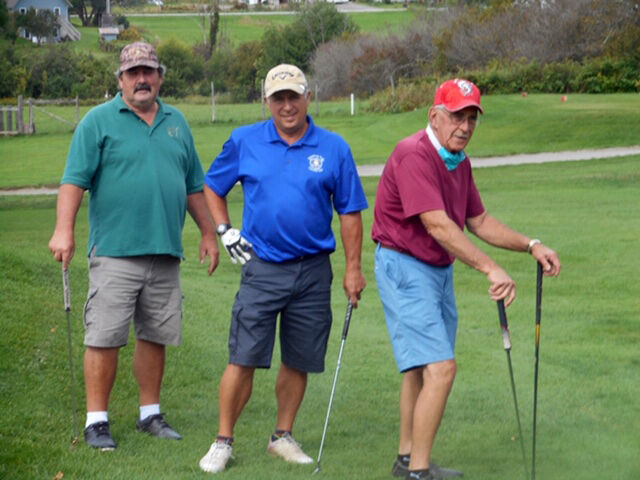 George “Corkscrew” Gates, Gerry “Tapper” Flanders, and Gary “Ringo” Jacobs were all shocked that their +0 performance was good enough to win. 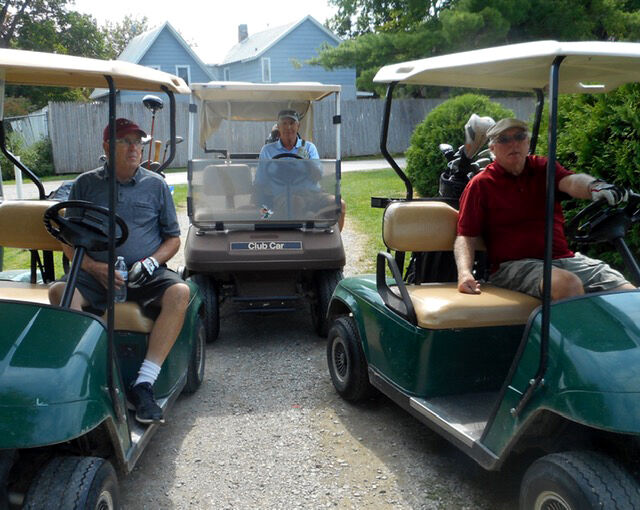 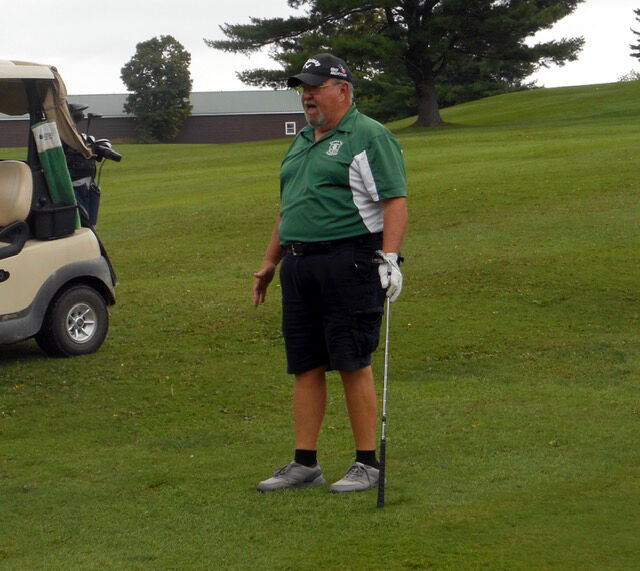 Phil “Guitar” Lovelette yelling for his ball to go. 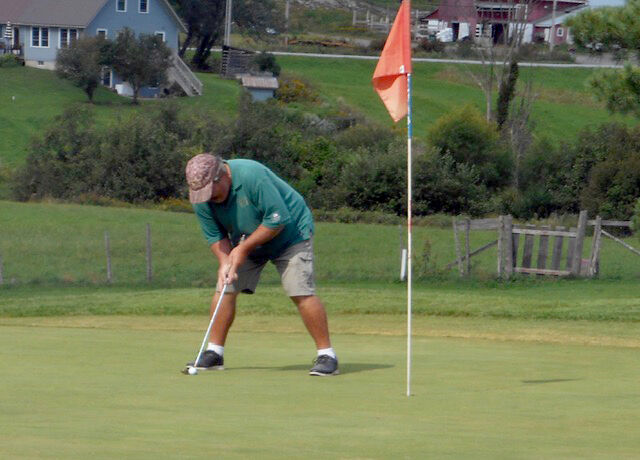 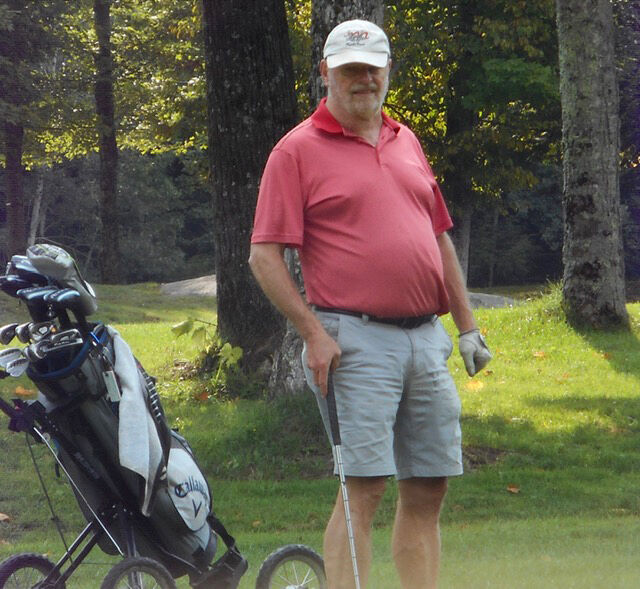 Paul “Hack” Hatch who stayed way under the radar all season.

George “Corkscrew” Gates, Gerry “Tapper” Flanders, and Gary “Ringo” Jacobs were all shocked that their +0 performance was good enough to win.

Phil “Guitar” Lovelette yelling for his ball to go.

Paul “Hack” Hatch who stayed way under the radar all season.

ENOSBURG — To say that the League limped to the finish line Tuesday would be an understatement. Every team except one was minus. The team that won was zero. It was so bad that there were only four birdies on the entire back 9.

Gerry “The Tapper” Flanders was +6, and that offset the minus performances of George “Corkscrew” Gates and Gary “Ringo” Jacobs as the team finished at 0.

The most pitiful of the pitifuls went to Larry “Harley” Wilson, Norm “Al” Delorme, Les “Pedestrian” Johnson, and the star of the team, Andy “Yank” Bessette. Yank collected a whole 2 points on the front and was -7 on the day.

Never a more fitting team to win the final Dumpster Fire Award of the season. Yank also collected the Crash and Burn Award for his mantle edging out Mr. Smith. Bob “Shorty” Ruiter was closest to pin at 12’.

So it was promised to not mention Stevie “Wonder” Rocheleau again because he’s been in virtually every story. Whoops. How about the other end of the list, a guy who has showed us nothing through the season?

That guy has to be Paul “Hack” Hatch. Hack could have been in the witness protection program, and nobody would have found him. No first place finishes, no closest to pin, no skins, and a measly last-place finish last week is all he has to show for the season. When asked about his performance this year, Hack replied, “I was steady.”

There’s an old saying that if you use less than 20 swear words in 9 holes, then you’ve had a pretty good round. It was reported the Gimpy Laplant, who had 1 point after six holes, had used them up by the third hole. We had no report on Yank Bessette, who had 2 points on the entire front nine.

A very odd thing in Winston’s round: He had 10 one-putts in a row, which is 9 more than he usually has. Amazingly, none of them were for birdies. Something about not getting on the green in less than four shots.

We will play in two weeks at the usual time until the end of the golf season, weather permitting. This was an unusual year, and hopefully, the League brought some sense of normalcy. We want to thank Lisa for all her hard work in running the League.

So for Winston, Slim, Bone, Lawn Boy, Gimpy, Eraser, Tapper, Hack, Yank, and all the rest of the guys here in the League, Keep your head down.