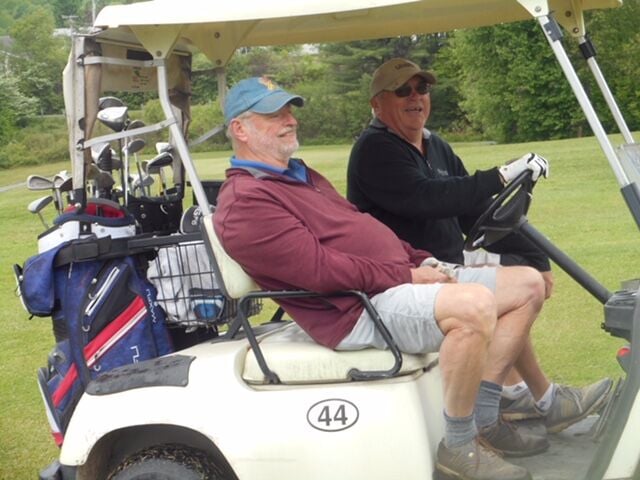 Paul “Hack” Hatch upon hearing that Larry “Harley” Wilson wanted a cut of his winnings from last week. Brent “Smiley” Lussier thought it was kind of funny also. 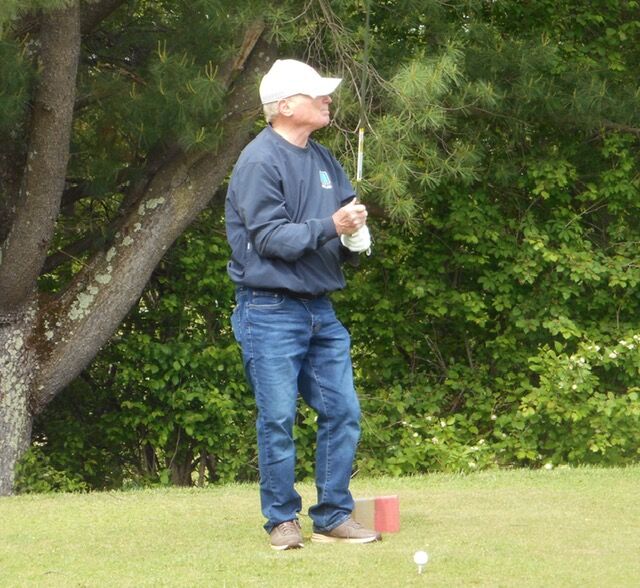 Paul “Cold One” Smith doing his best not to finish on the last place team for the third consecutive time. He missed the Dumpster by a comfortable 4 points. 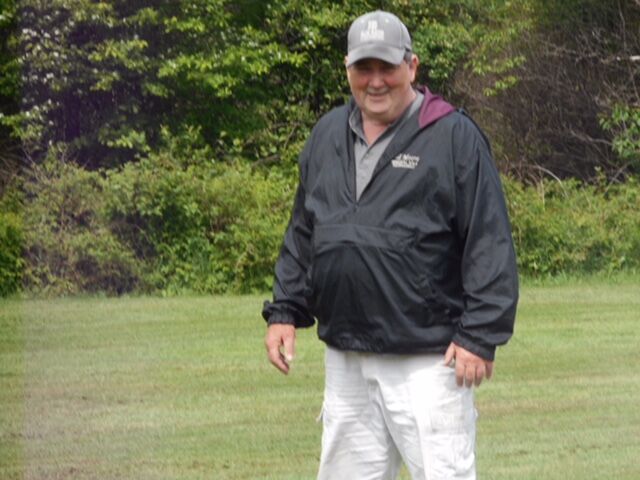 Who is this guy? Might be George “Corkscrew” Gates after shaving for the first time in 8 months. Corkscrew was on the winning team and had a skin to go with his new look. 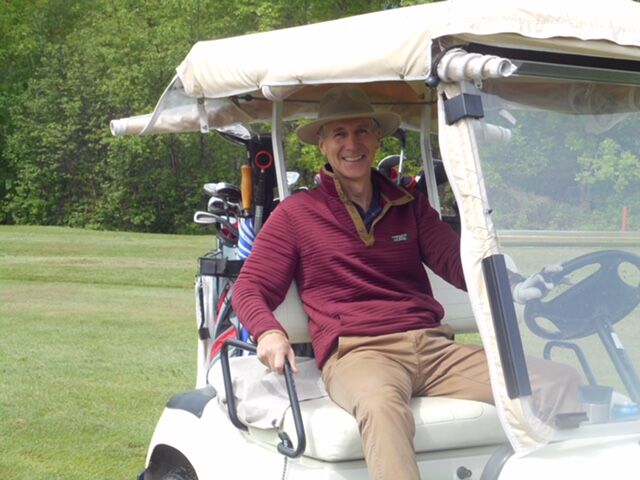 Ernie “The Hat” Flanders who was on the winning team despite him being most under points. It’s better to be lucky than good. 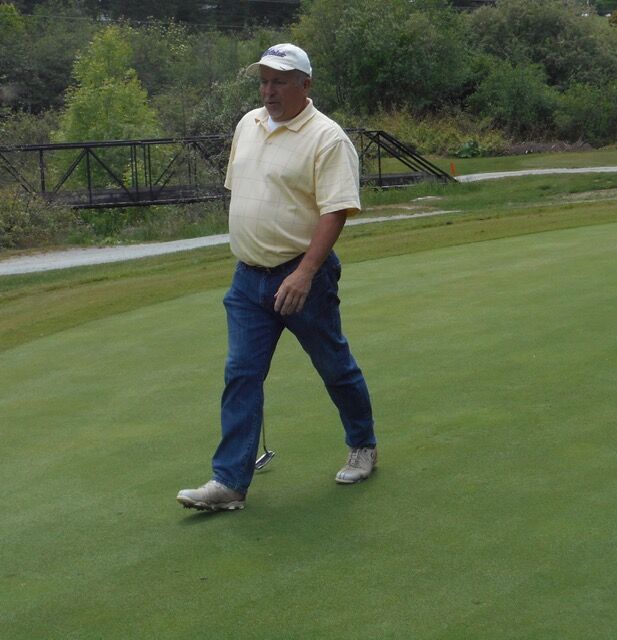 Gerry “The Tapper” Flanders walking in a putt on #17 for a solid 7. 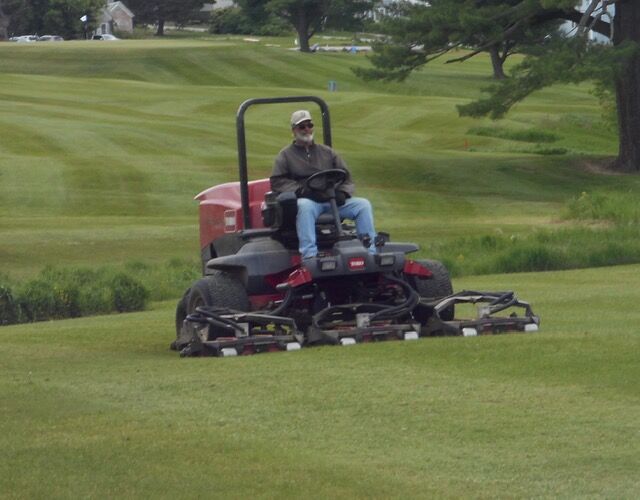 ENOSBURG - Strange doings in the League this week. There was only 11 points difference between the first-place team and the last-place team, +4 to -7. The guy with the most over points played on the same team as the guy with the most under. In the first 17 holes, Winston had 7 pars yet never putted for birdie. Wild approach shots, solid chips. On the 18th hole, he finally putted for bird, and of course, he missed. Reg made an appearance for the first time in 2 years, and the Captain wasn’t there. Reg is now in demand as a caddie. Add the fact that there weren’t any birds on #7, and a team kept score backwards; it was a strange week indeed.

The first-place team was +4, with two guys going for the win and two guys imitating boat anchors. Hard Rock Benoit, the star of last week’s first-place team, was at it again this week and posted a +10.5, which also gave him the most over points award. That, plus George Corkscrew Gates carding a +8.5, and this team was in the driver’s seat.

The Dumpster Fire Award goes to a couple of new guys and a couple of guys who are no strangers to losing. The Caforia boys, Casey and CJ, led this team to the bottom with their combined -8. Sounds like a couple of gangsters. Fran “Wham Bam” Bertrand continued his slide down the ranks with a -1. Harold “Hair Hole” Bessette, who was up to giving 75-yard gimmes, was a +2.

Hole of the day went to Bob “The Builder” Young, a guy who knows when to hold them and knows when to fold them. Take note, Mr. Ed. The Builder hits one into the woods on the left-hand side of #3. After searching for the ball with his half-blind teammates, he decided to take a drop and proceeded to hit that one into the woods on the other side. Seeing his new sleeve of balls disappearing and not getting by the pond yet, The Builder declared he is out of the hole. When they made their way around to #5, The Builder found his first lost ball in the cart path, questioning his partners on who looked there.

Warren Haulin Dahlin slammed the door on closest to pin when he was 6 inches away and claimed the loot. Dan “The Fish” Poissant won the 50-50.

Every now and then, Winston is called upon to answer a very tough question. Today it was from Larry “Harley” Wilson when he asked, “Where is my money from last week?” He played on a team with Paul “Hack” Hatch last week, and Hack pocketed most over points money for being +14.5 on the strength of 4 birdies. If he wasn’t playing with three guys who had stone hands, particularly Harley who was -9, Hack could have won the team prize easily. Not sure if Harley was due a cut because he carried Hack’s clubs, shined his shoes, or just because he was a cheerleader. Rules being rules, you don’t get first place team money if you don’t finish first.