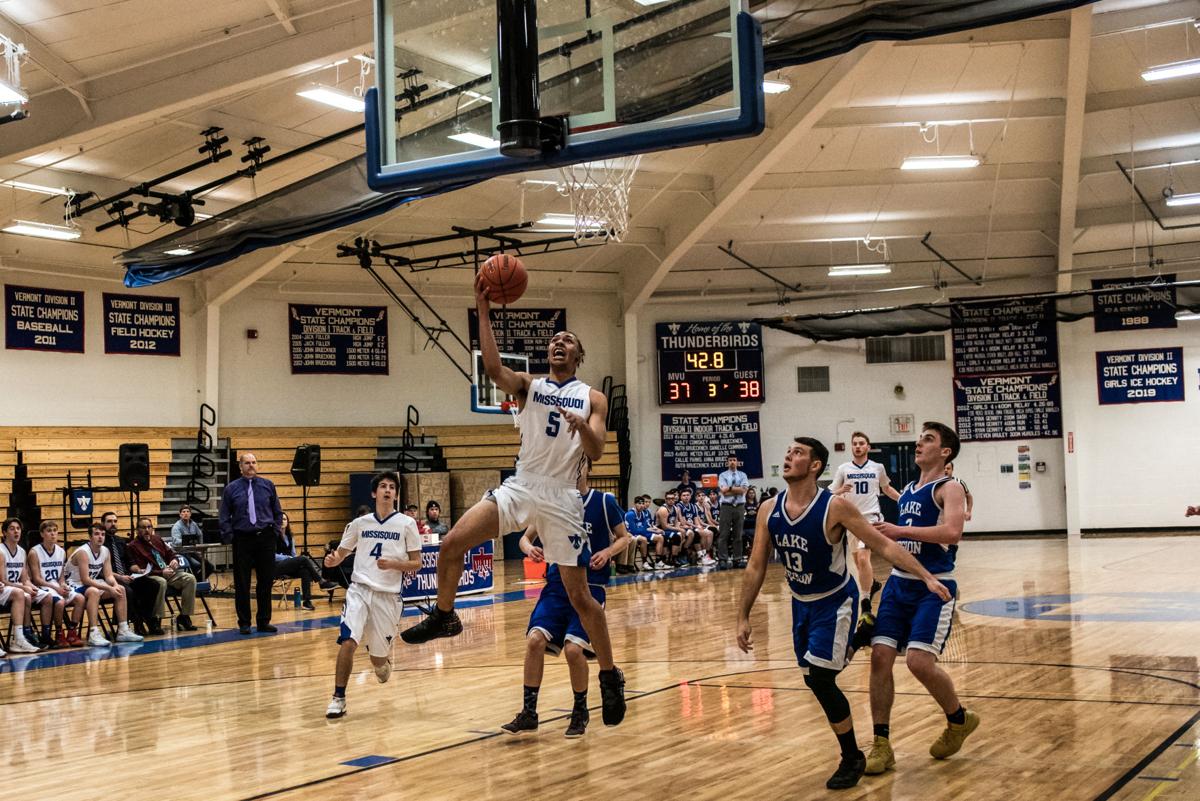 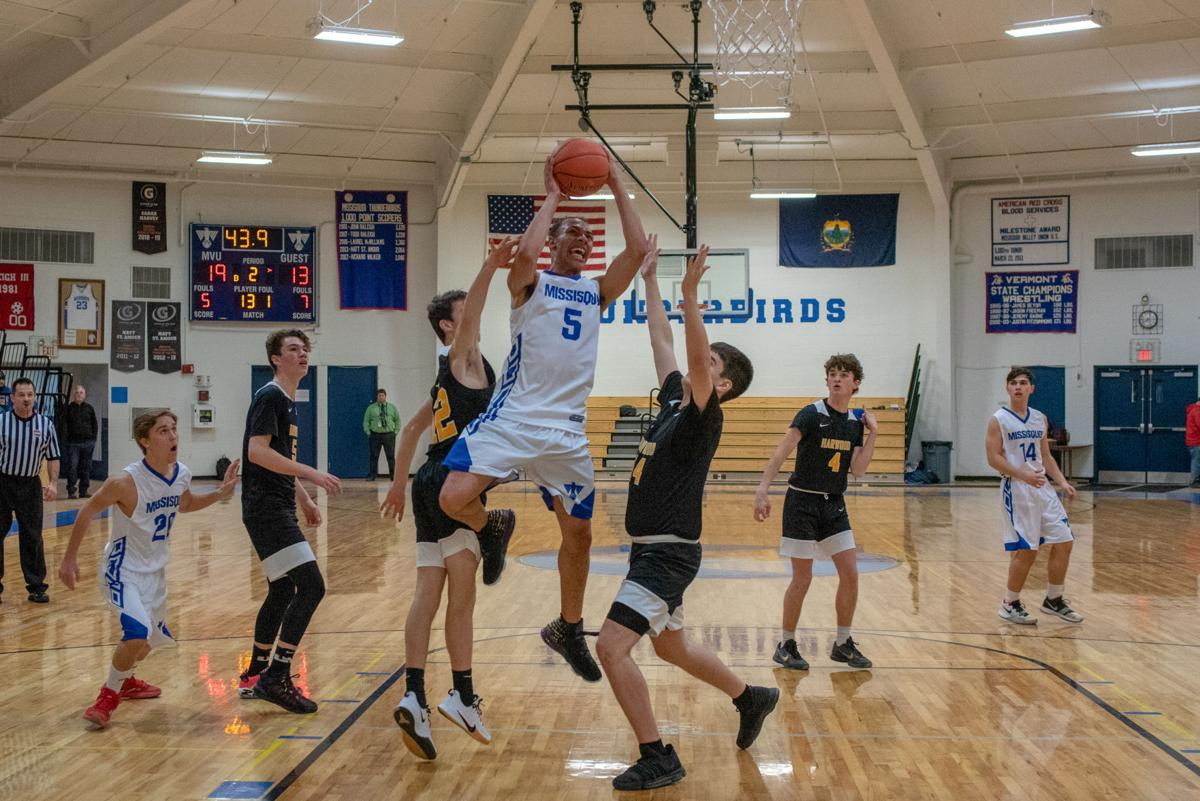 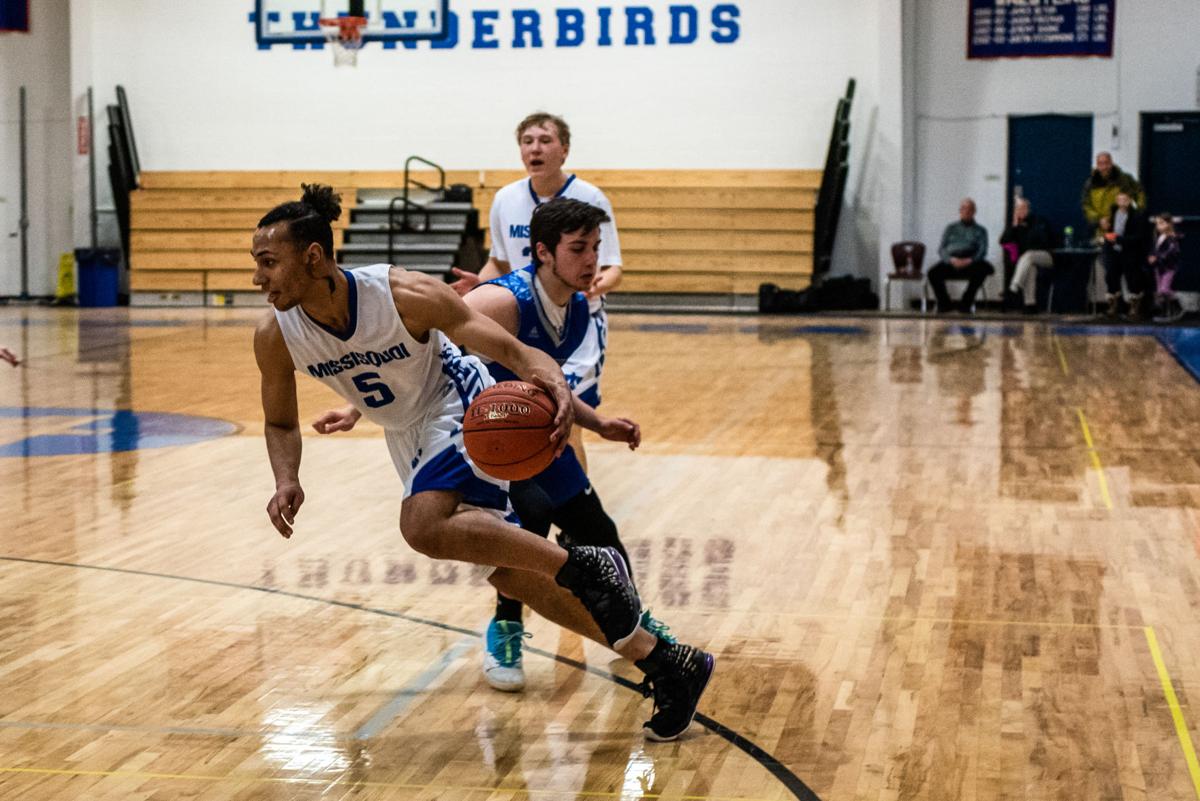 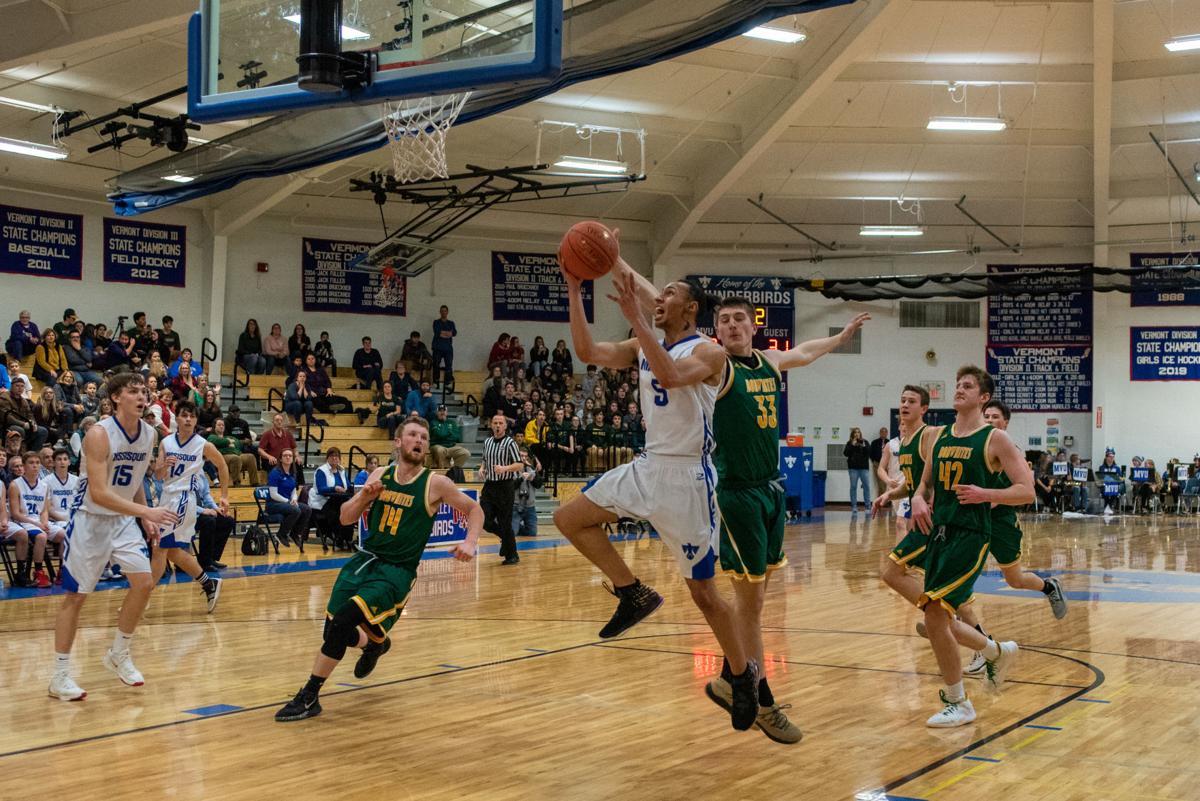 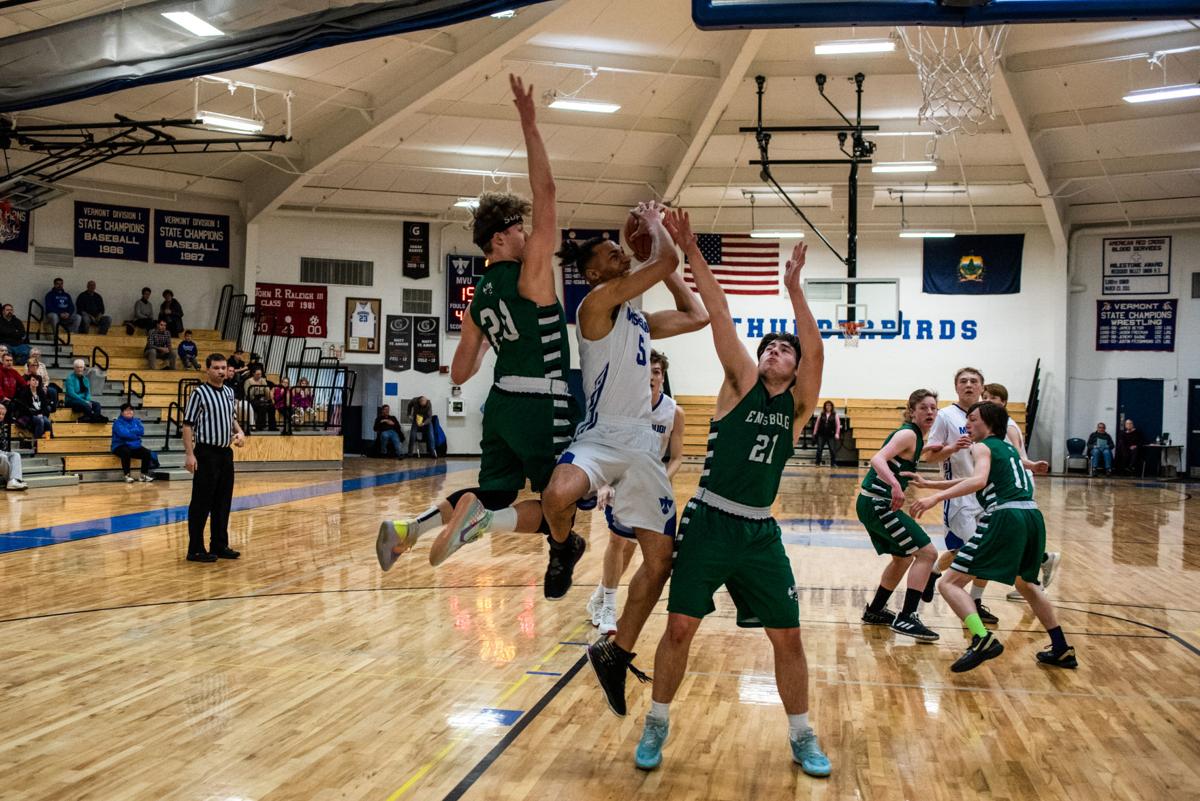 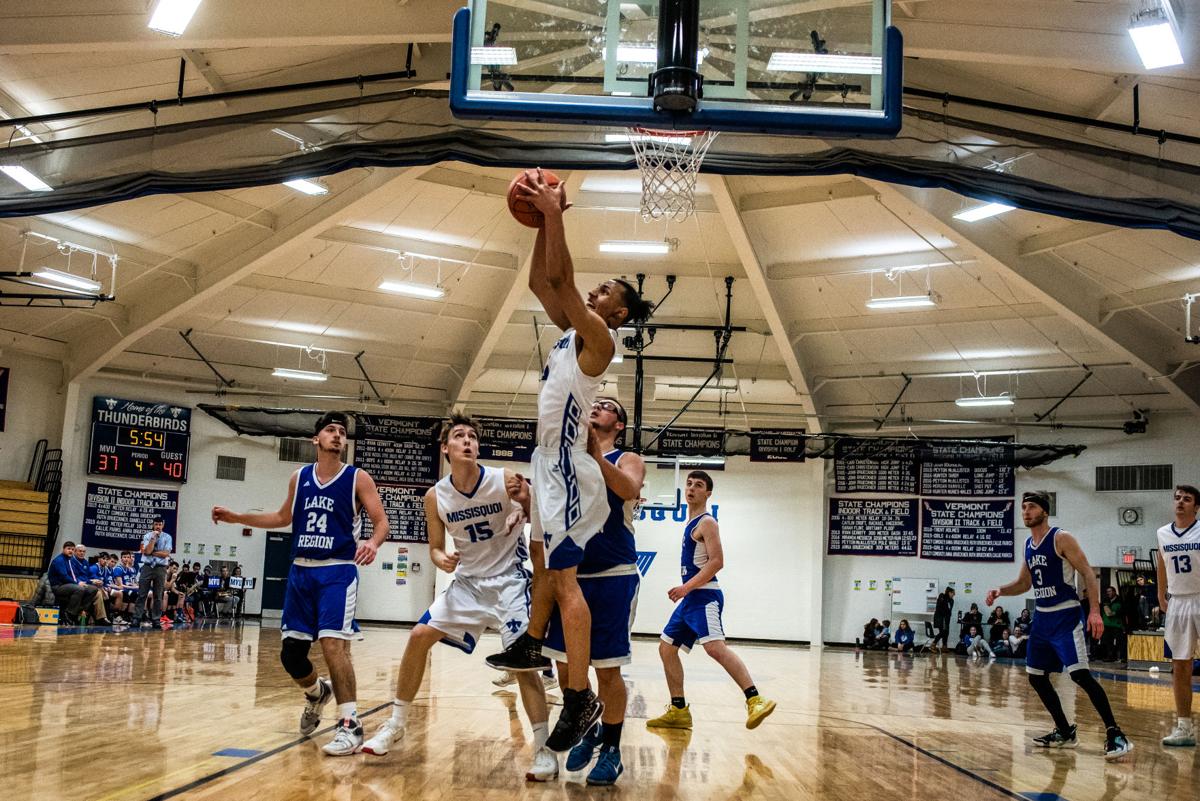 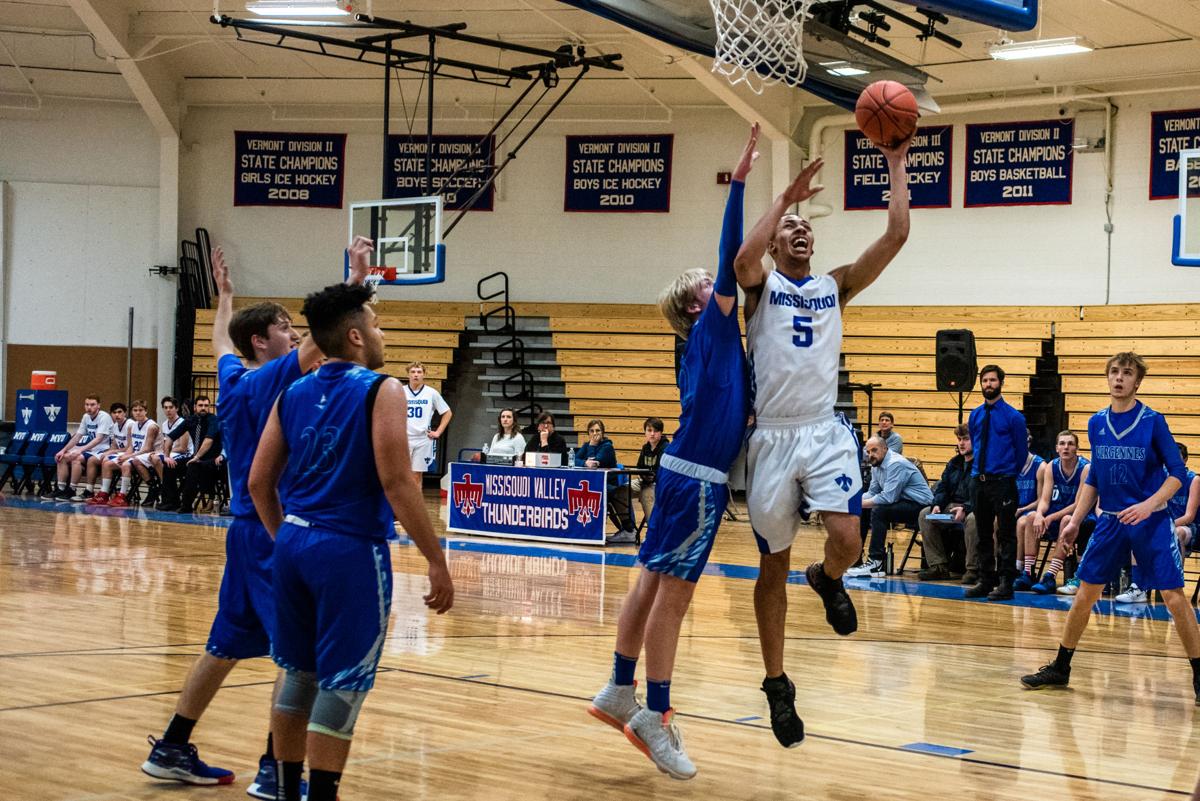 SWANTON — Gabriel Unwin, a junior at MVU, has been putting up ‘monster numbers’ this season, according to head MVU coach Matt Walker.

Unwin has netted 85 points in the T-birds last four games. Against Enosburg, Unwin scored 20; he had 25 against Middlebury, 21 against Mount Abe, and 19 against Milton.

“We count on Gabe to be a leading rebounder, we use him to break the press, and he can handle the ball in the middle,” said Walker.

“If the guards are trapped in the half-court, he relieves the pressure on the ball. And we need him to be an offensive threat. We rely on him in facets of the game.”

“He’s hard to defend; he has an excellent all-around offensive game. He’s worked hard to be a multi-threat offensive player,” said Walker, “and he’s a junior! Teams are probably wondering what they are going to do with him next year.”

Unwin’s success is no surprise to Walker.

“Gabe is an incredibly hard worker; he puts a massive amount of time in the gym. He wants to be in the game and be a big factor in why we win.

“He’s played some of the most varsity minutes of anyone on the team. The guys know he’s been through it all. He’s a quiet leader--letting his game and effort speak for him.”

Walker recounted a few of Unwin’s outstanding performances this season.

“Against BFA, at BFA, he scored eight in a row in the second quarter. He showed everybody what he had that game.

“The first game against Milton, he scored 22 points. That was getting it done.

“In Middlebury, he did everything he could to help us. He shot 14 free-throws and scored 25 points in the first three quarters,” said Walker, “and in the second game against Milton, he played quality minutes as well.”

A student of the game, Unwin takes time to go over game details with Walker, and he’s always looking to improve.

“He comes to the front of the bus and talks about the team and the game in general,” said Walker. “He has done everything I have asked him to do. With the way that Gabe is playing, we’ve got the best basketball coming to us.”

When asked about his love for the game, Unwin’s excitement came through the phone line.

“I truly love the game of basketball. I grew up with the game--growing up with a single mom and a huge family, I had a ton of energy, and basketball helped me channel it into something that made me a better person.”

Unwin plays on AAU teams so he can work on his game outside of the school season.

“Through AAU, I’ve played against kids with so much skill; I started growing a competitive personality for myself,” said Unwin. “Every time I played a different opponent, I knew I wanted to work to be the best player I could.”

“During my freshman year, I was trying to find where I belonged on the team. In my sophomore year, I increased my skill--working on my shot and my handles, and my hunger to be better grew.”

“I want to win; that’s my goal. We’re bigger, stronger, and we’ve put in so much work.”

When asked about his favorite game this year, Unwin chuckled:

“To be honest, that’s like asking me my favorite song! But I’d have to say the game against BFA. I was hitting the three-point shot I’d been working on all summer--and the fade away--the back and forth--it was fantastic!”

Unwin has embraced a more offensive-based mindset this year, but he still relishes the work on the defensive end.

“Early in the year, I was in a defensive mindset. Coach would tell us who we needed to stop, and I’d work to hold them to six points. That brings fire to my heart!”

Unwin credits his desire to work and the passion for the game to three people in particular: Lebron James, Kobe Bryant, and his mother, Christine Unwin-Hall.

“Lebron James and Kobe Bryant have had the greatest effect on my life when it comes to basketball.

“The one who taught me not to quit--that was my mom. She works so hard, and she shows me that there’s no reason to quit,” said Unwin. “If I hurt my wrist, I can work on my vertical--there’s always something I can do. I’m in awe when it comes to her.”

Unwin is pleased with his results, but he’s not done working.

“I’ve gone from being an uncoordinated big kid to a long guard, and I haven’t even reached my potential--I’m always working to be better!

“I want to help my teammates score and get open looks. I have a hunger--when you want something, you have to go get it. No buts.”