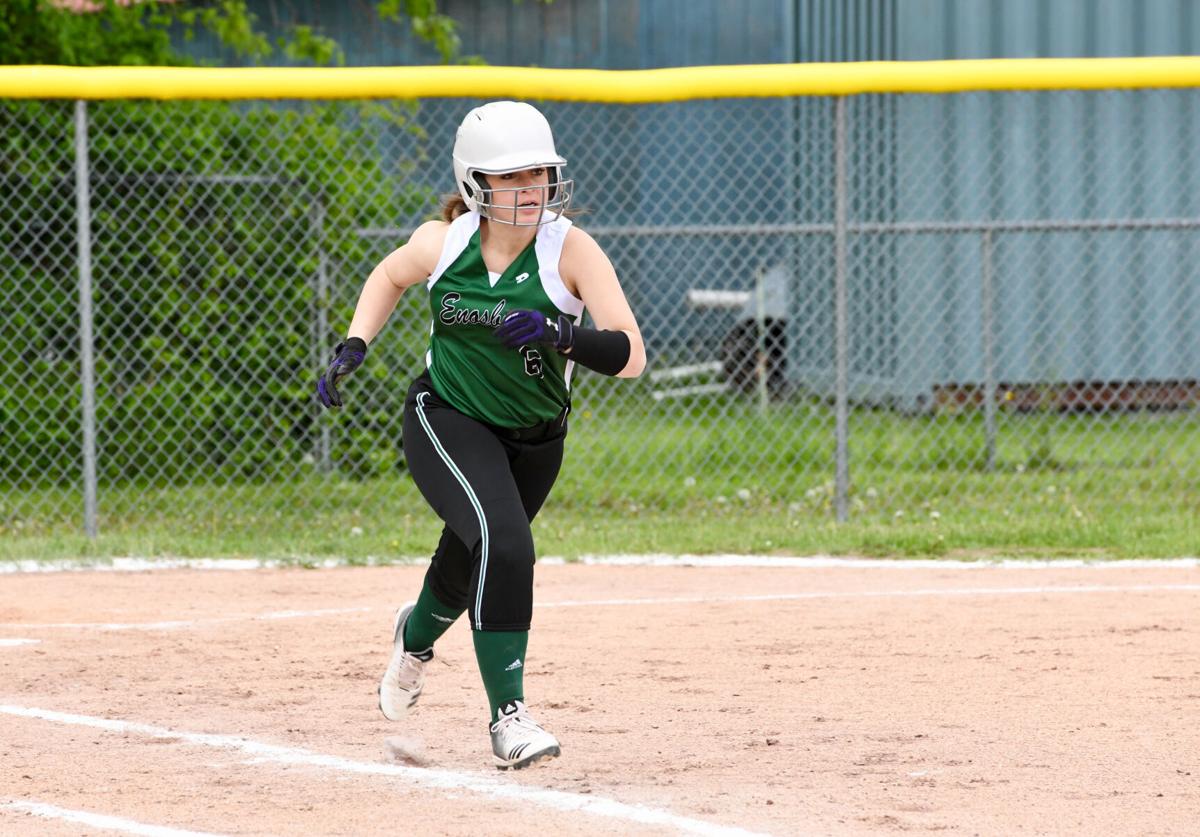 Gabby Caforia comes down the baseline. 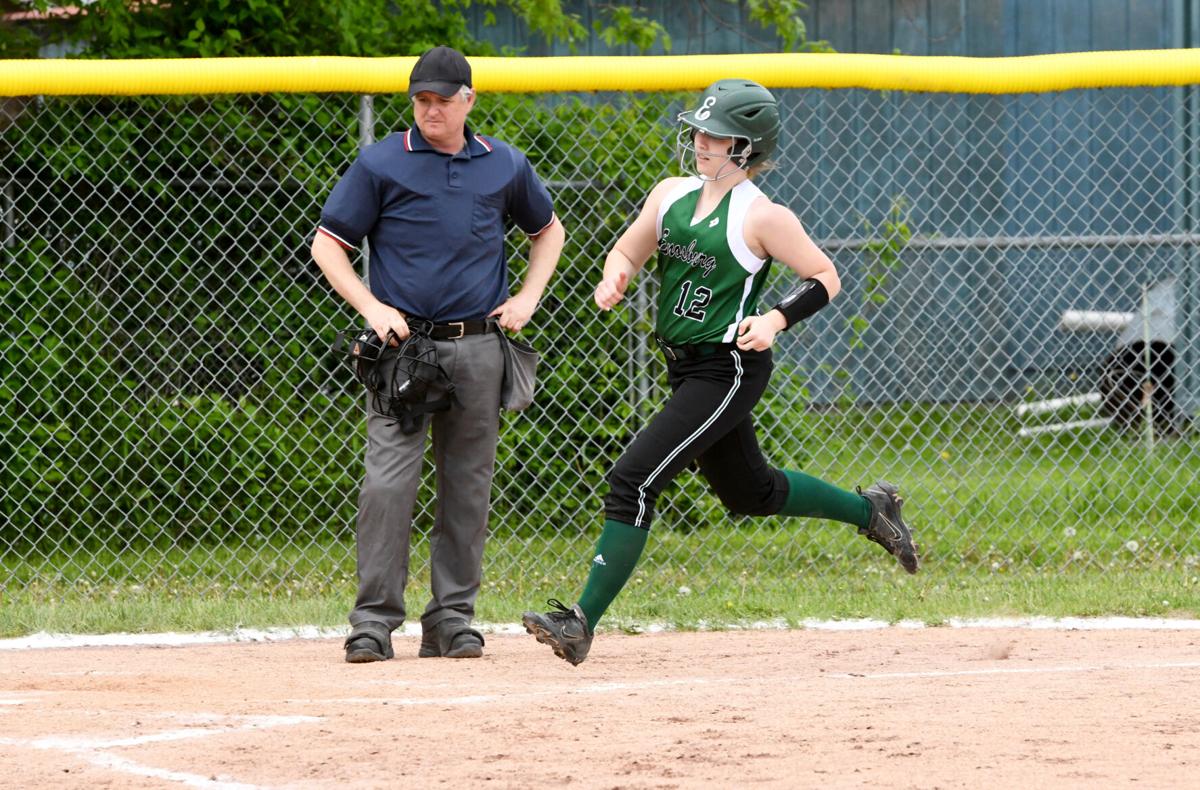 Jayden Decker rounds the bases in a game played during the 2019 season. 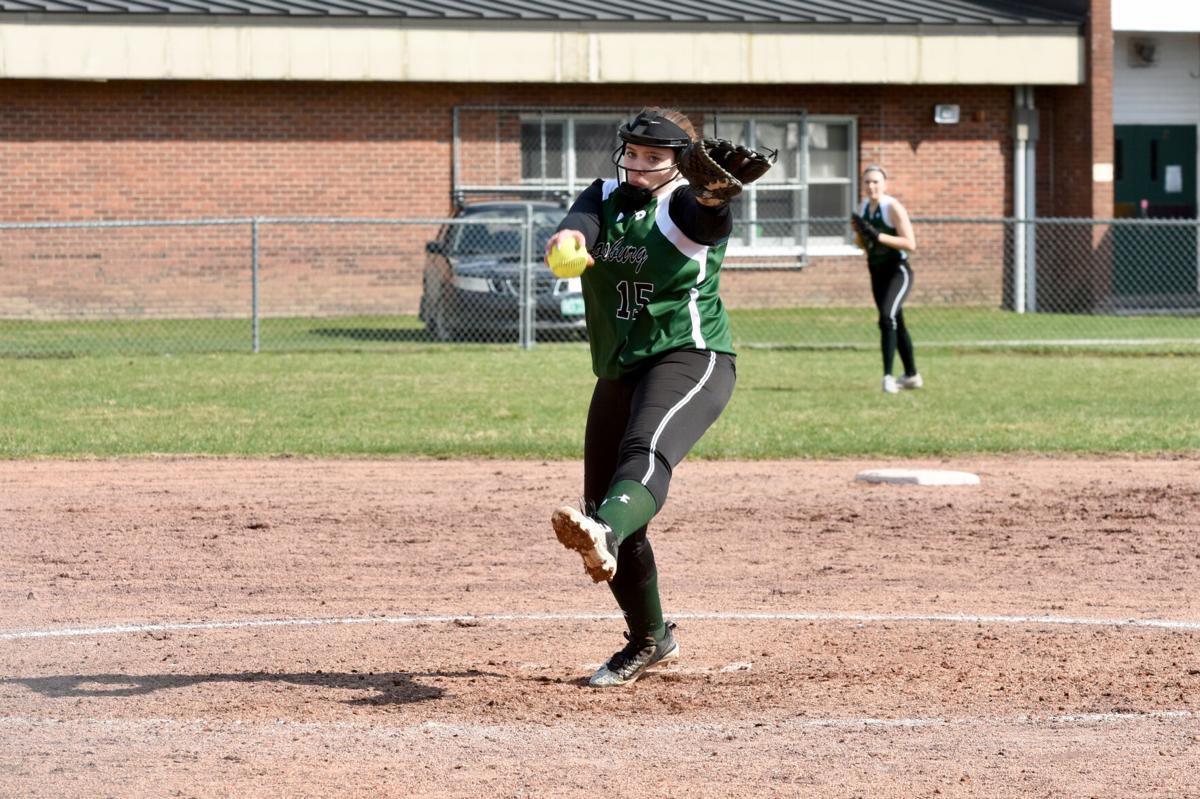 Kayla Lovelette throws a pitch for the Hornets. 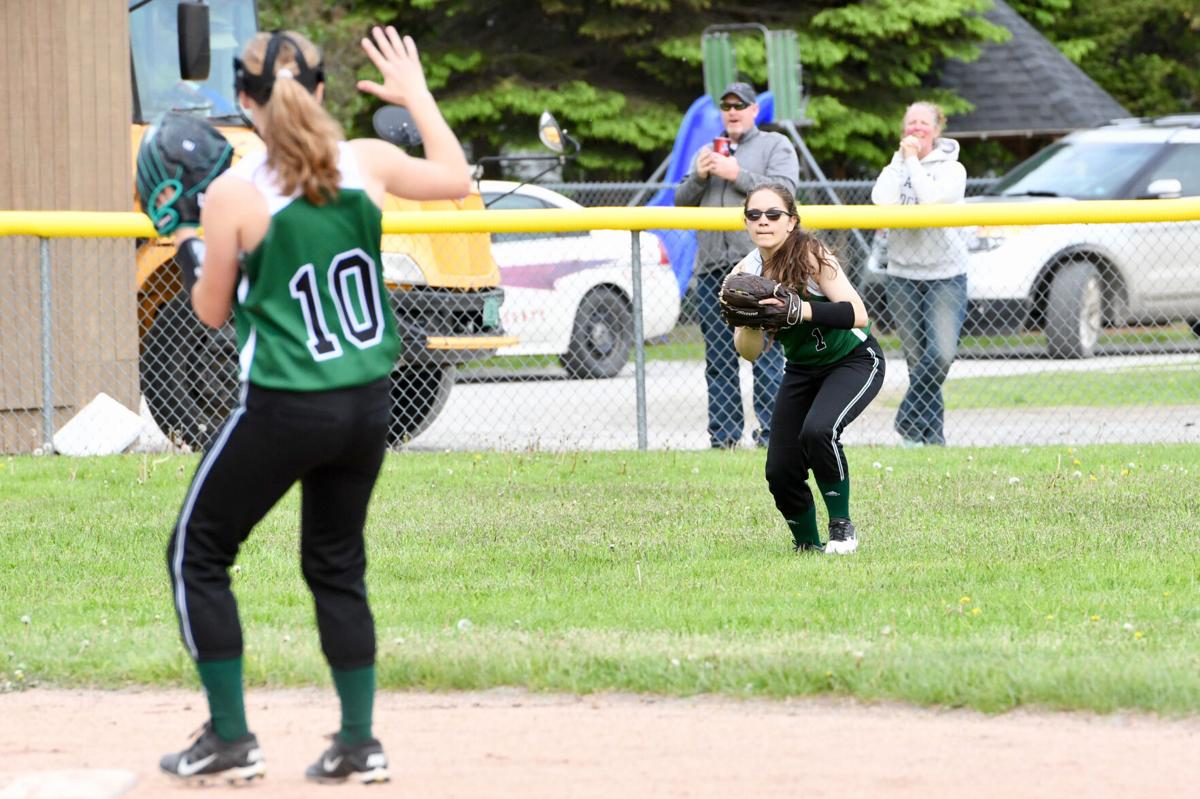 Enosburg senior Maggie Tiffany fields a ball in the 2019 season. 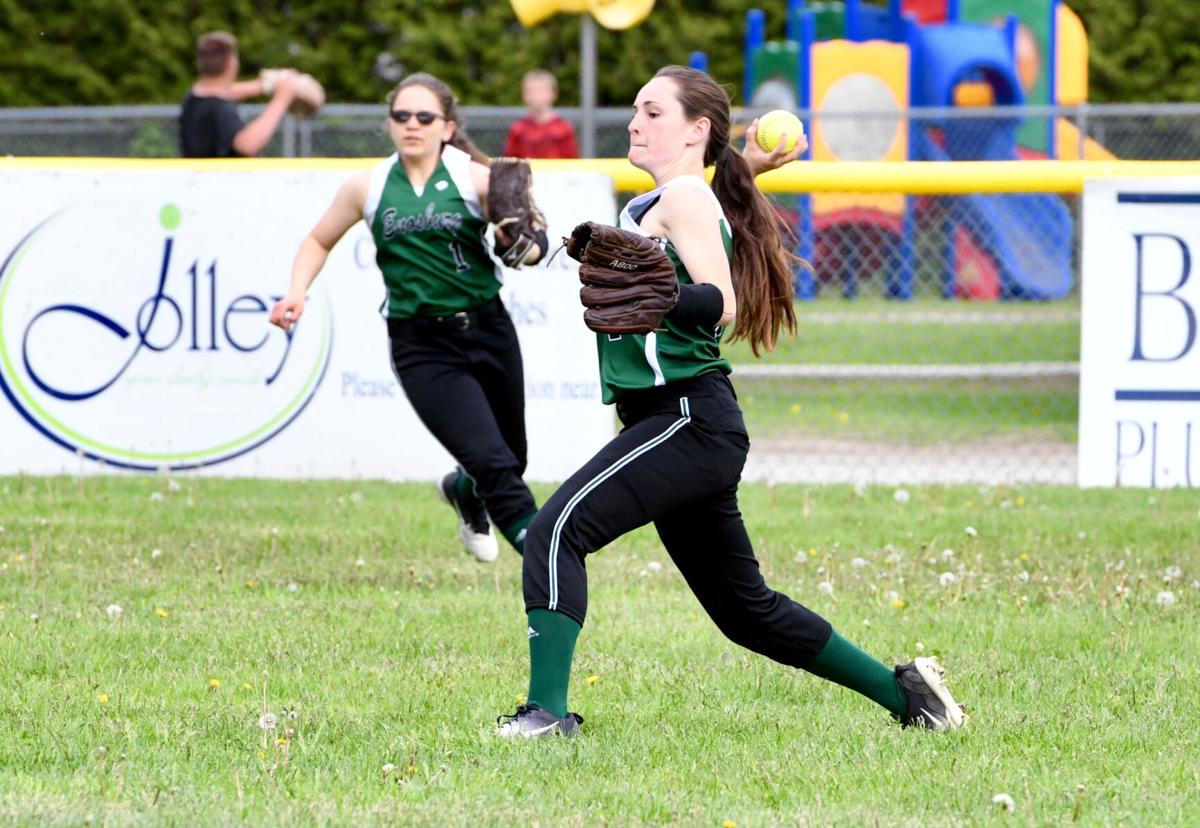 Megan Gervais throws a ball from the outfield in the 2019 season.

Gabby Caforia comes down the baseline.

Jayden Decker rounds the bases in a game played during the 2019 season.

Kayla Lovelette throws a pitch for the Hornets.

Enosburg senior Maggie Tiffany fields a ball in the 2019 season.

Megan Gervais throws a ball from the outfield in the 2019 season.

ENOSBURG — The Enosburg Hornets varsity softball coach, Randall Wells, recognized five seniors who were unable to compete in the final season of their high school career.

Meg is a two-position player, center fielder and pitcher. She loved competing in the circle and did very well, but I struggled with taking her out of center field. The way she tracked the ball and covered the outfield was amazing to watch.

Her hitting was much improved over the second half of the 2019 season, finishing at .393 her junior year. With her improved hitting, speed, and being a smart base runner, she probably would have hit first or second this year.

Gabbie is very solid at third base. She has very good glove skills, and a quick-release throw made her a joy to watch at the hot corner.

As a junior, last year, she batted second in the lineup and hit 600. This year she would have probably moved into the third to fifth slot with the way her power came on at the end of last season.

Maggie is a two-position player, first base and outfield. Her comfort and confidence grew at first base as her junior year progressed.

The outfield was where she was most comfortable and played very well in left or right field. At the plate, because of her persistence and hard work, she ended up hitting .364 her junior year after a slow start.

Kayla is a solid left fielder that does a nice job tracking the ball. Through the first five games, she hit .364 with a consistent approach at the plate.

She had a very good junior year started when in the fifth game of the season, during a hustle play sliding into third, she blew out her knee. She attended nearly every practice and game after the injury, which showed her love for softball and support for her teammates.

Jayden started her junior season slowly with a lack of confidence in her softball skills. After a heart to heart conversation between with me where I expressed that I had seen flashes of good skills, she doubled down in practice, and the improvements started to come.

She showed determination to improve, and she did. In her junior year, she won the “Most Improved Player” award for the team. I was looking forward to seeing how much more she was going to improve this year.