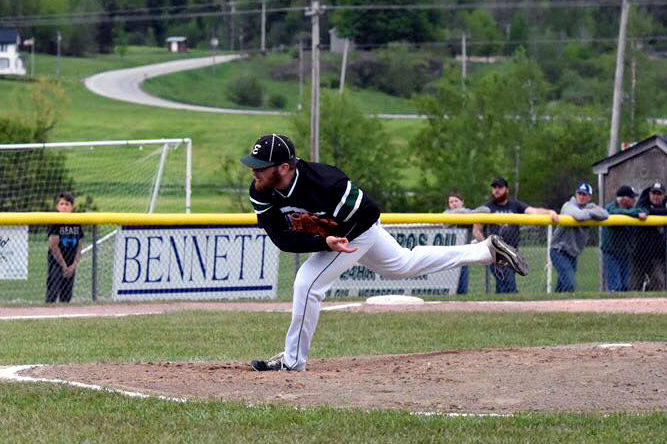 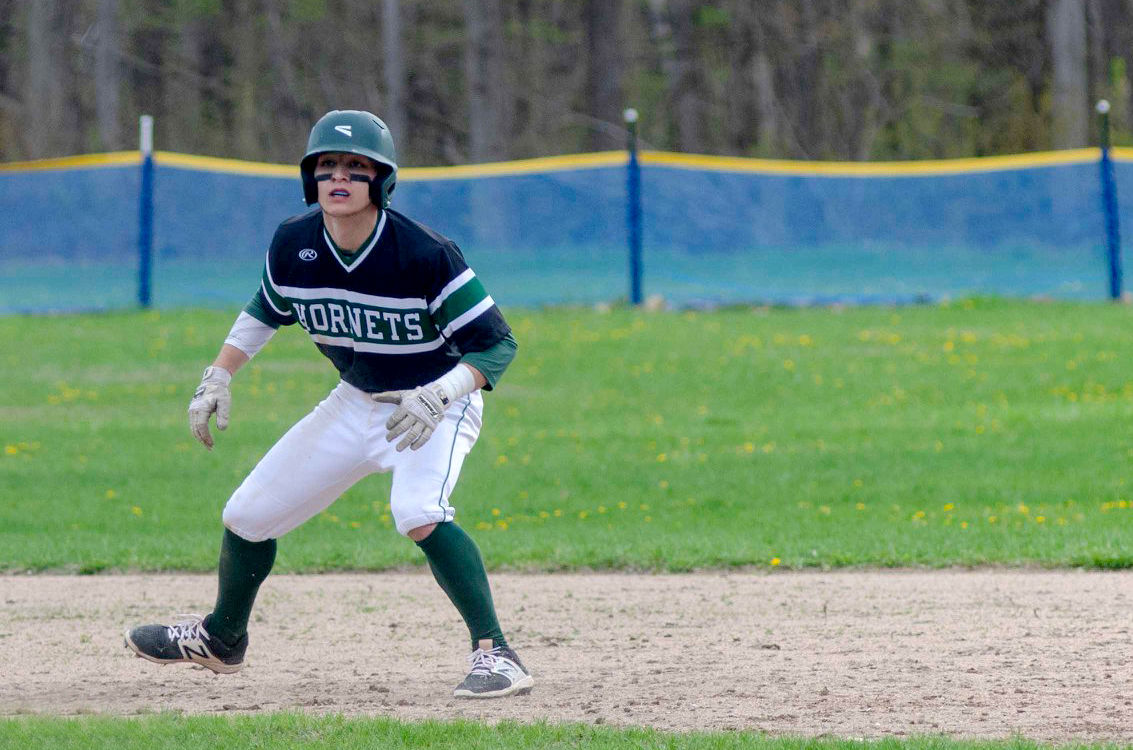 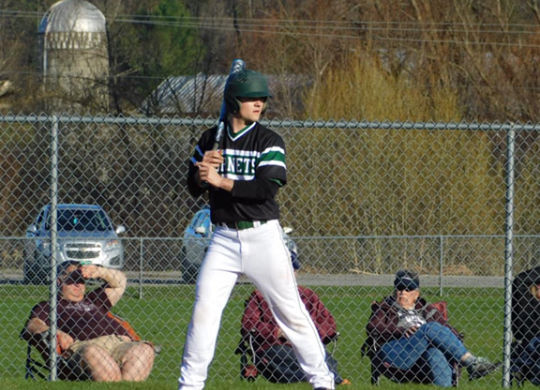 Nik Sabrowski, the Hornets’ right-handed pitcher, joined the team as a freshman.

“Nik always came in and got the job done. He loved the moments when he could go in and close the door. He thrived off the big moments, and he’s built for them.”

“I told Nik he would go into the game if our starting pitcher, Brayden Howrigan, got in trouble. Nik spent that game in the bullpen getting ready,” said Burns. “He wanted that call.

“Nik is so steady; he never shows emotion. He’s all about the game, going out there, and doing what he’s got to do,” said Burns.

“Nik is the type of player that you love to coach. He wants to learn and get better, and athletes like that make your program successful.”

Karson Fortin, an infielder for Enosburg, was another senior athlete who Burns was looking forward to coaching this season.

“I saw the kind of talent Karson had early. He’s a competitor, and he’s matured athletically. He has all the tools he needs for the game,” said Burns.

“He was always a gamer. When the game’s on the line, he wants to be there. He will do whatever he can to make things better for the team.

“We have a bond on and off the field. Whenever he sees me, he gives me a big hug. I was really looking forward to seeing what he was going to do on the field this year,” said Burns.

Karson hopes to play baseball at the next level.

“He’s been accepted to a college in New York, and he wants to play college baseball. I think he’s going to be very successful and do well in life. Those are my hopes and dreams for him.”

Burns complimented Kolby Elwood for his dedication to the team.

“Kolby is probably one of the fastest guys I’ve ever coached. His arm issues limited his playing time, but he knew his role and accepted it,” said Burns.

“He was always ready to run, and in the situations he was in, he always seemed to come through for us. If he’s on first, two pitches later, he’s on second. He’s a hard guy to throw out.”

This past winter, Elwood took part in the team’s winter workouts on Sundays.

“He gave everything he had. This year would have been Kolby’s year to show what kind of player he could be.

“He’s a great guy to be around, and works hard every day, every practice. He was a true asset to the team; he will be missed.”

Burns was hoping to see Elwood take the field this season as a right fielder.

“Kolby was a lot of fun. Many times it’s saddened me to know that this would have been his year to play both sides of the field.”

Burns recalled a standout moment in the 2017 title game.

“Kolby came across the plate for the first run of the game,” said Burns. “He scored on a base hit from second, and made one of the best slides I’ve seen in high school baseball. He knows baserunning, that’s for sure!”

Burns, like coaches all over the county and the nation, was saddened by the season his players lost.

“This was their opportunity to shine and prove to colleges that they are next-level players. It’s heartbreaking that they didn’t get that opportunity.

“I’ve seen them grow and mature over the last three years. Both Carson and Nik were going to be my captains this year,” said Burns. “These guys were all one-sport athletes; baseball was their life.”