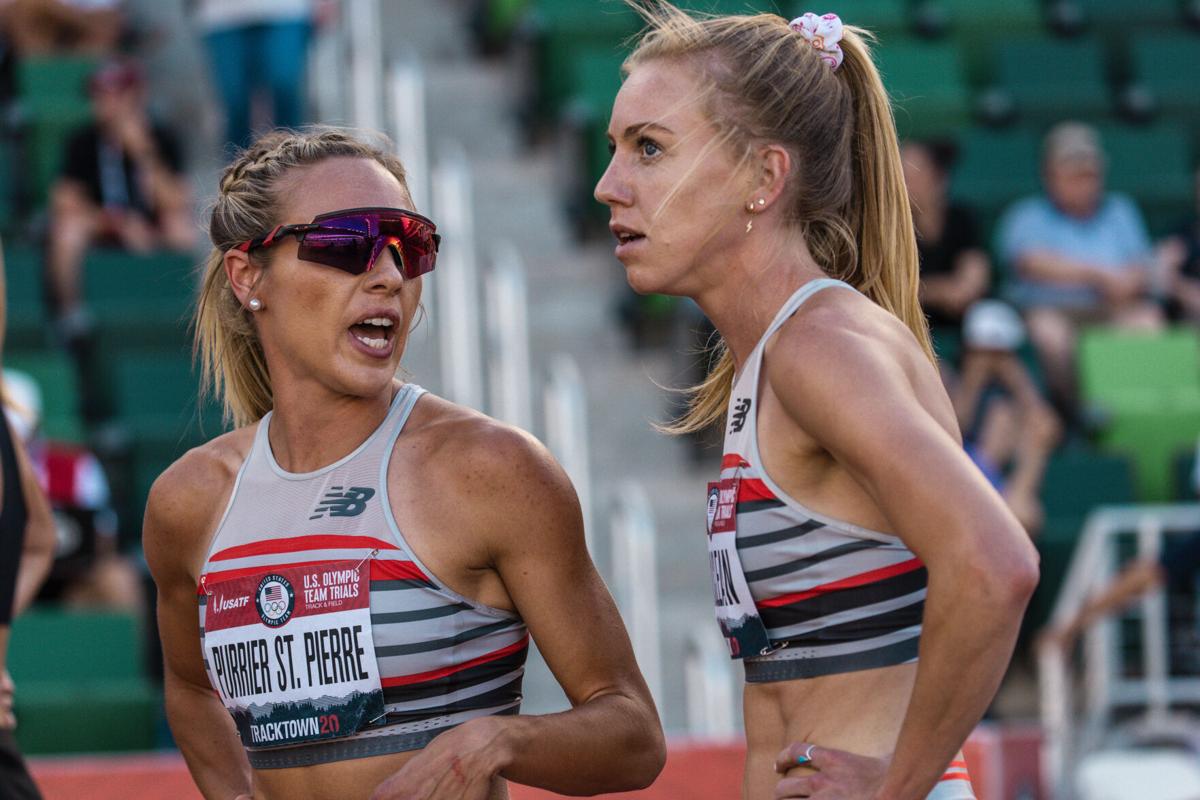 Elle Purrier St. Pierre and Heather McLean talk at the track at the Olympic Trials semifinal in Eugene, Oregaon. 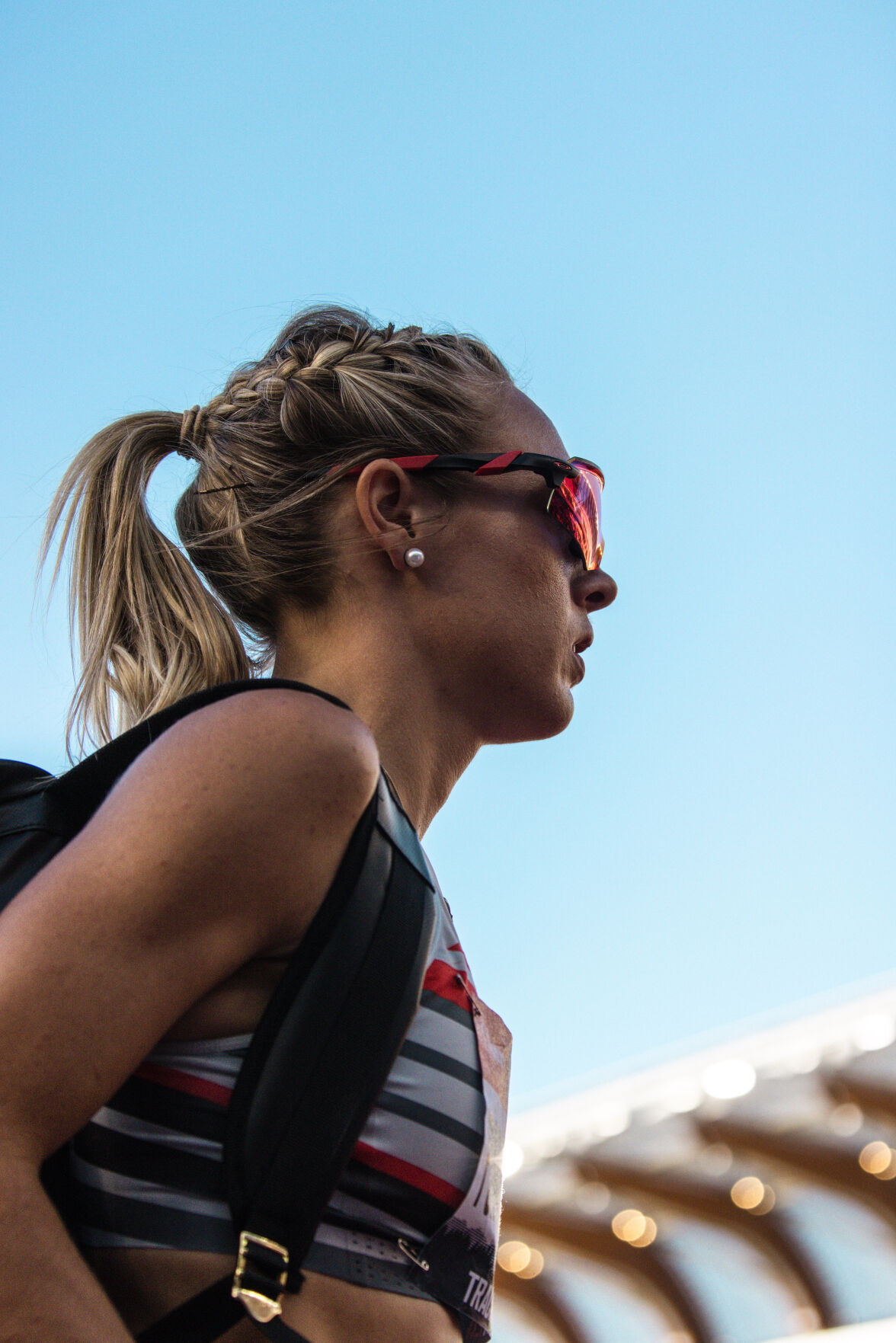 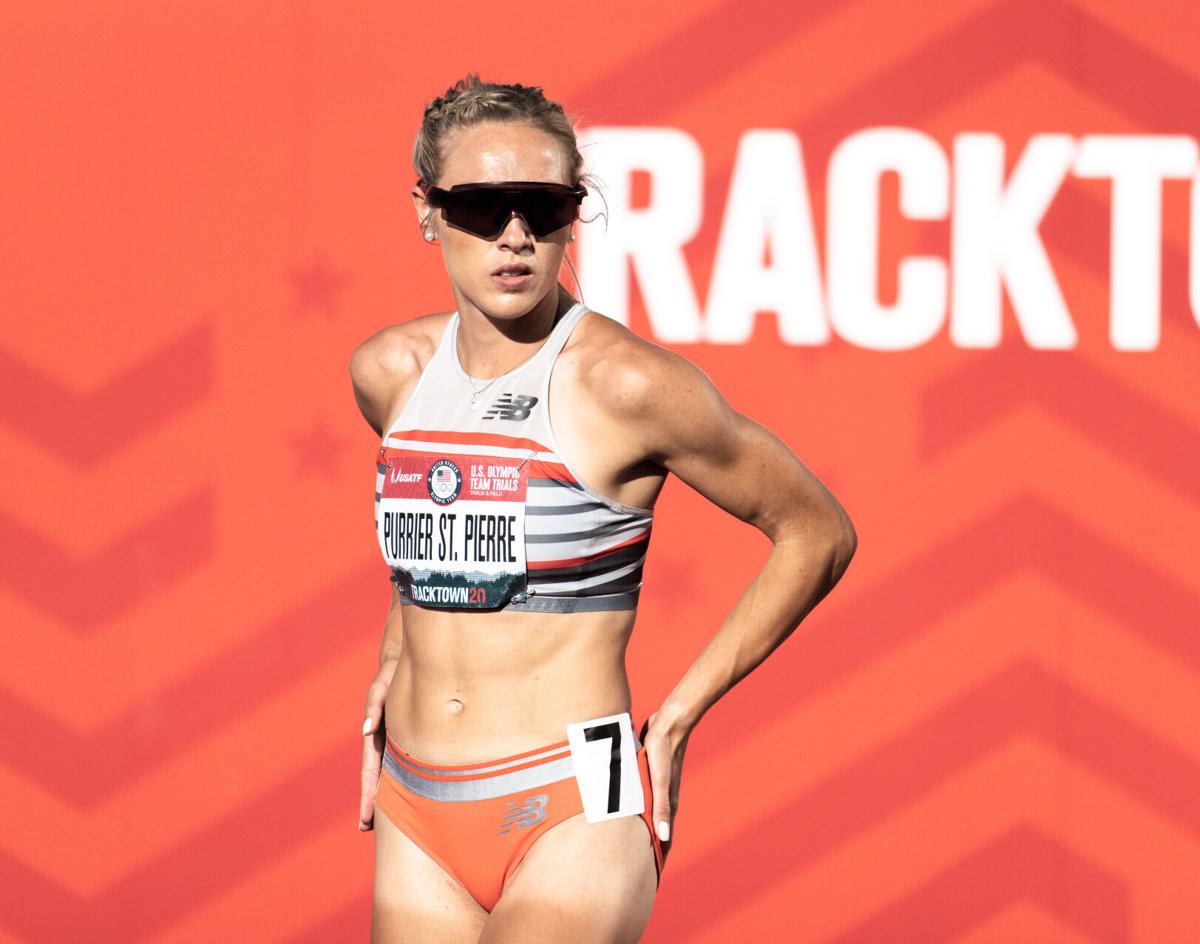 Elle Purrier St. Pierre rocking some awesome shades at the track. She wins for speed and style! 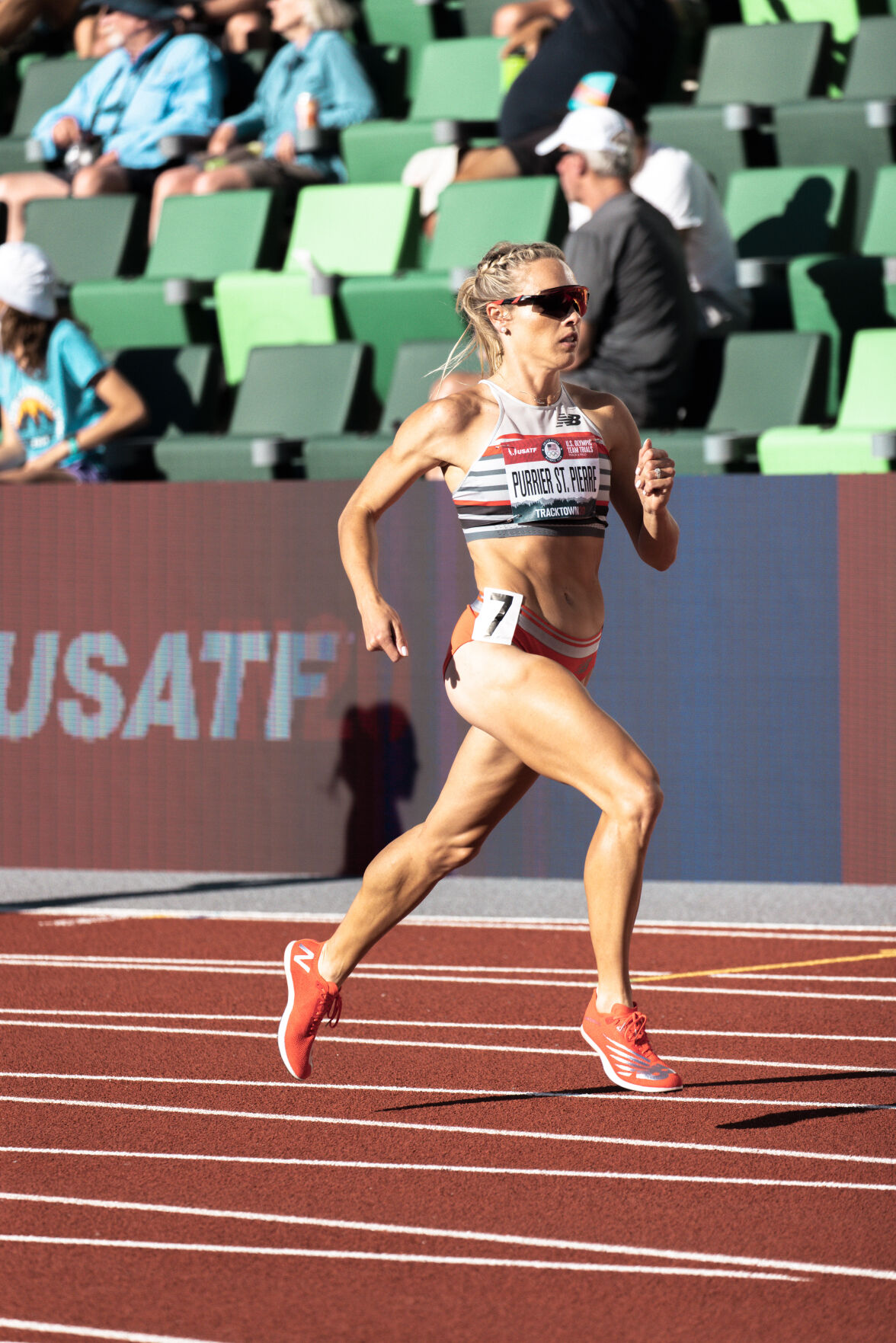 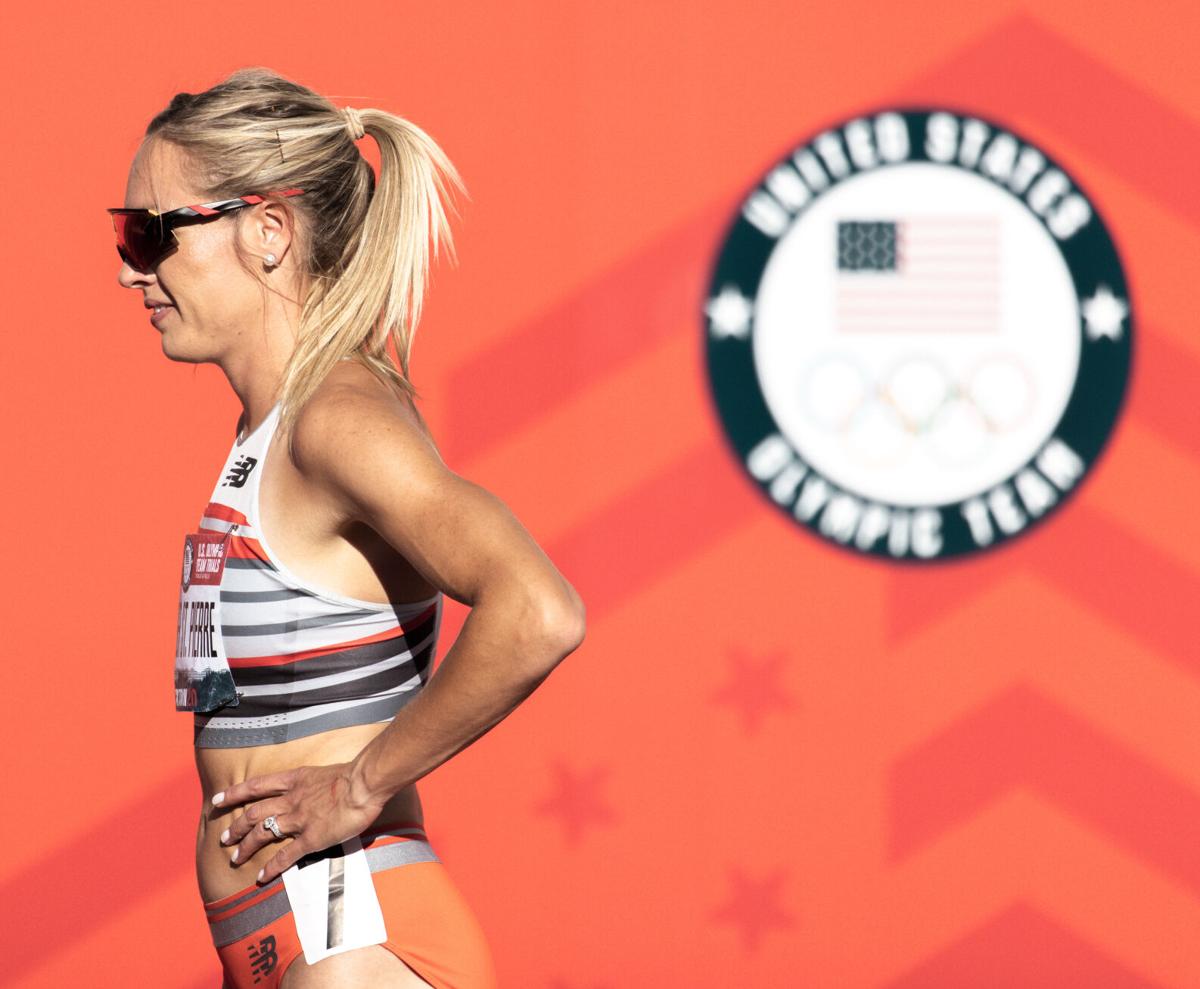 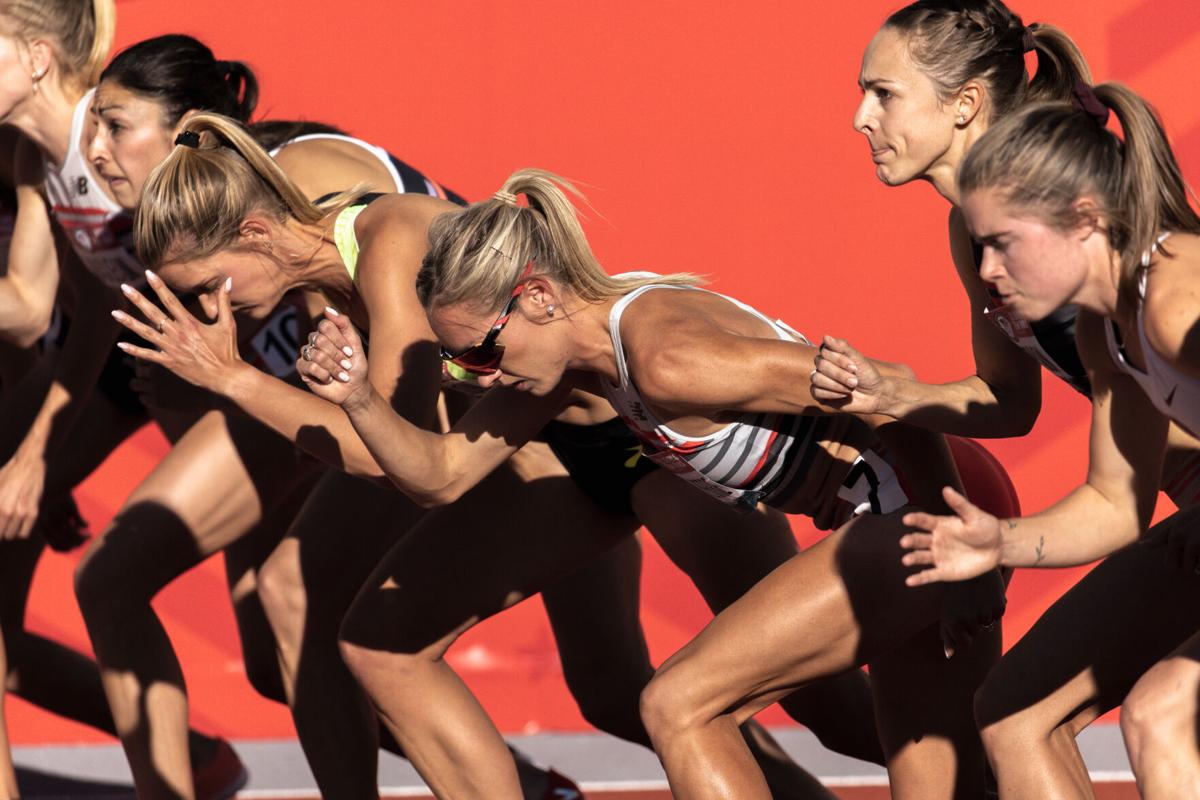 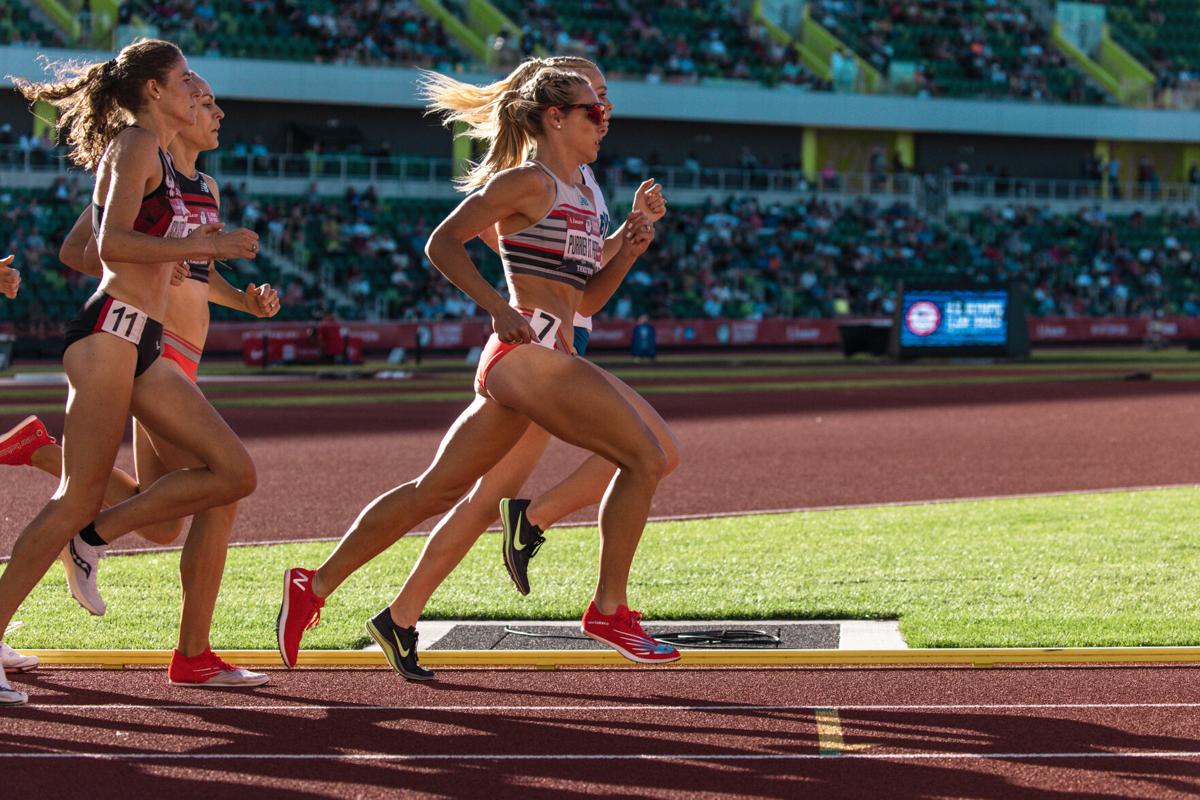 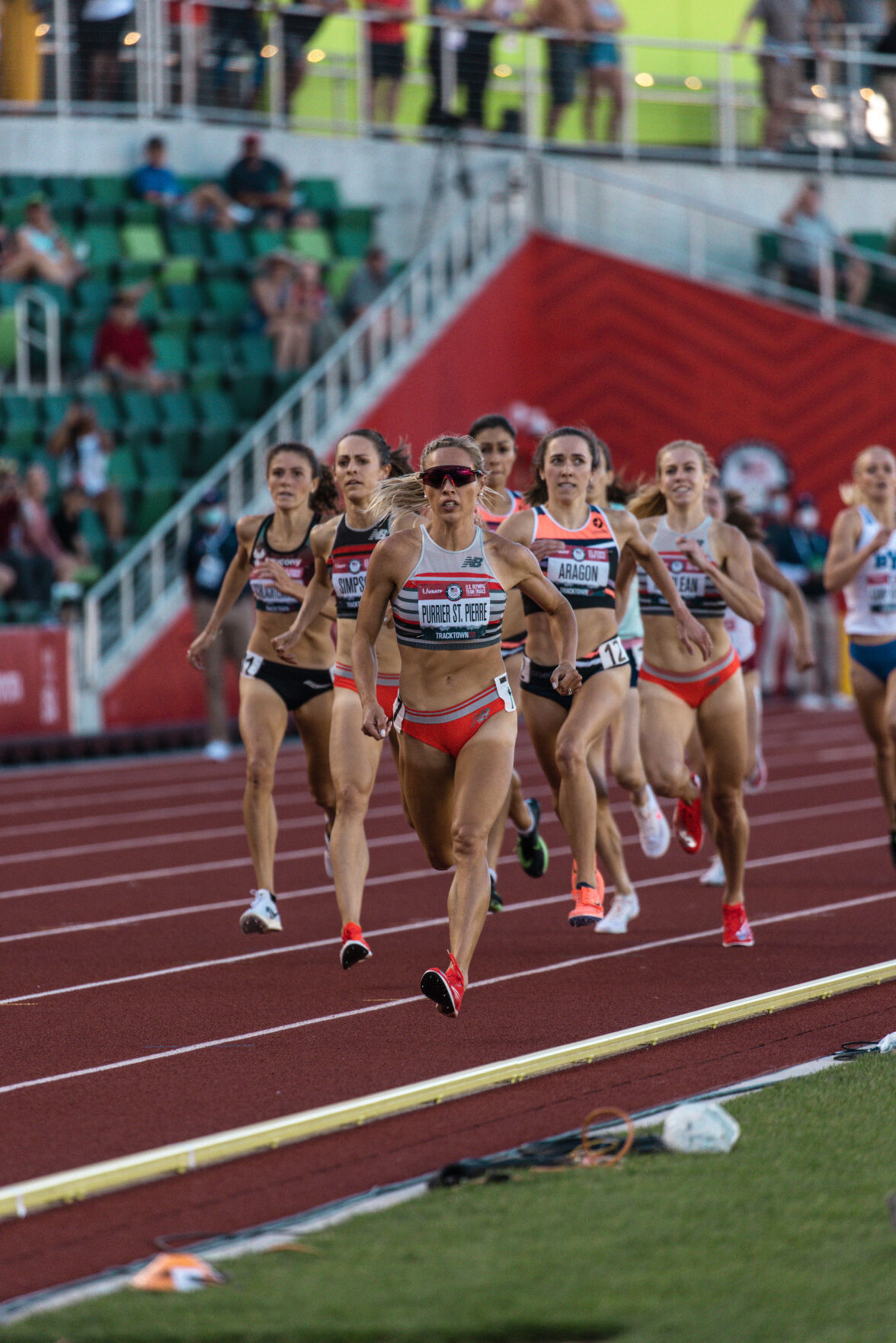 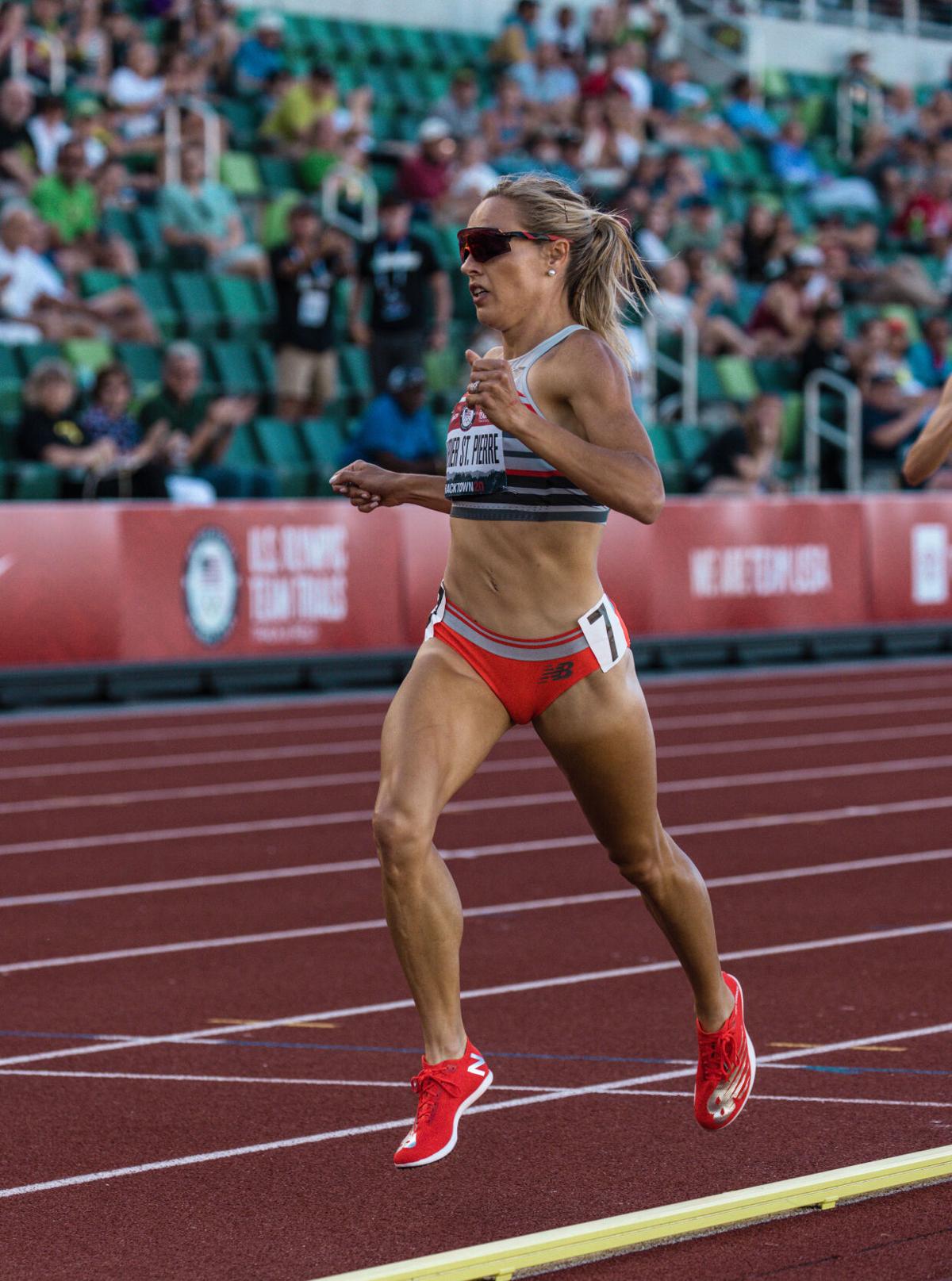 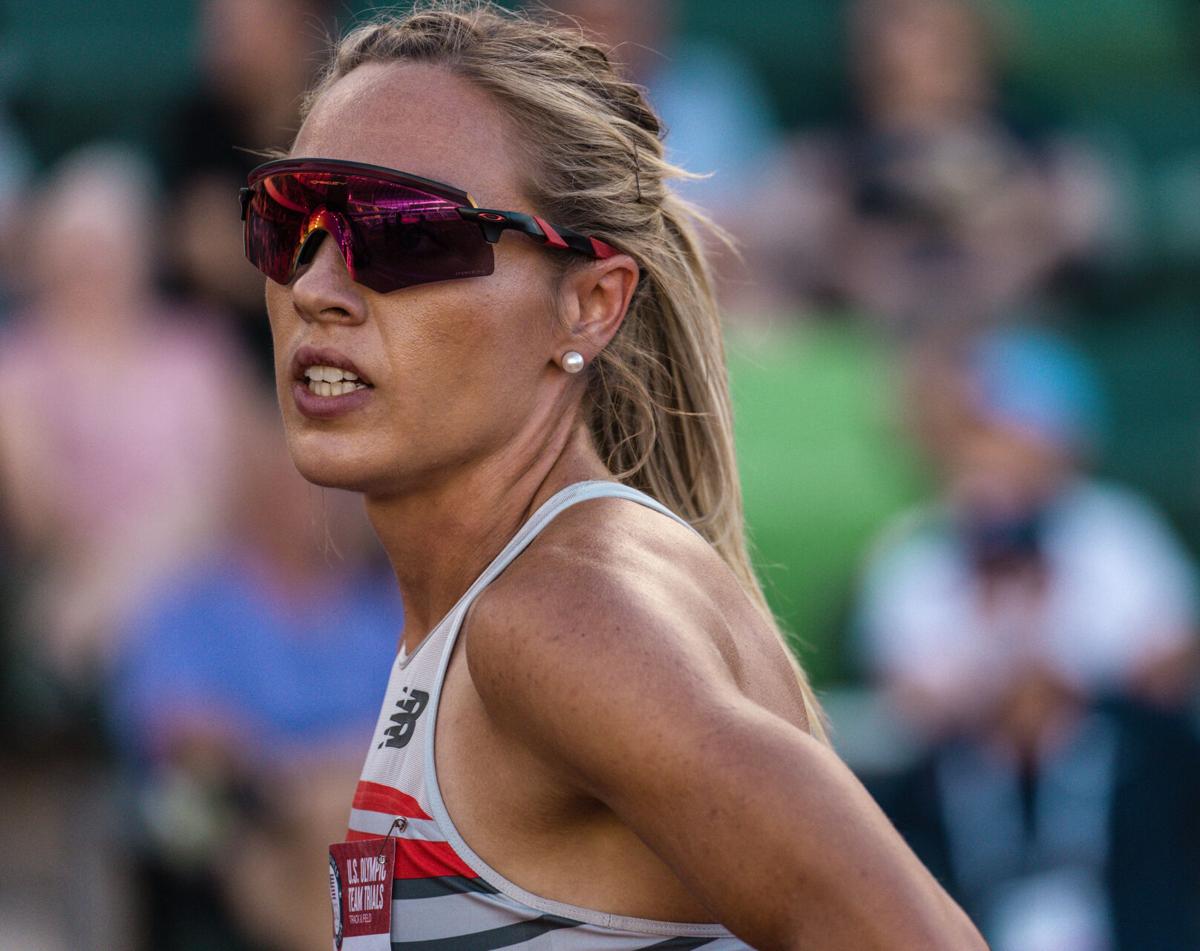 Once again, speed and style. 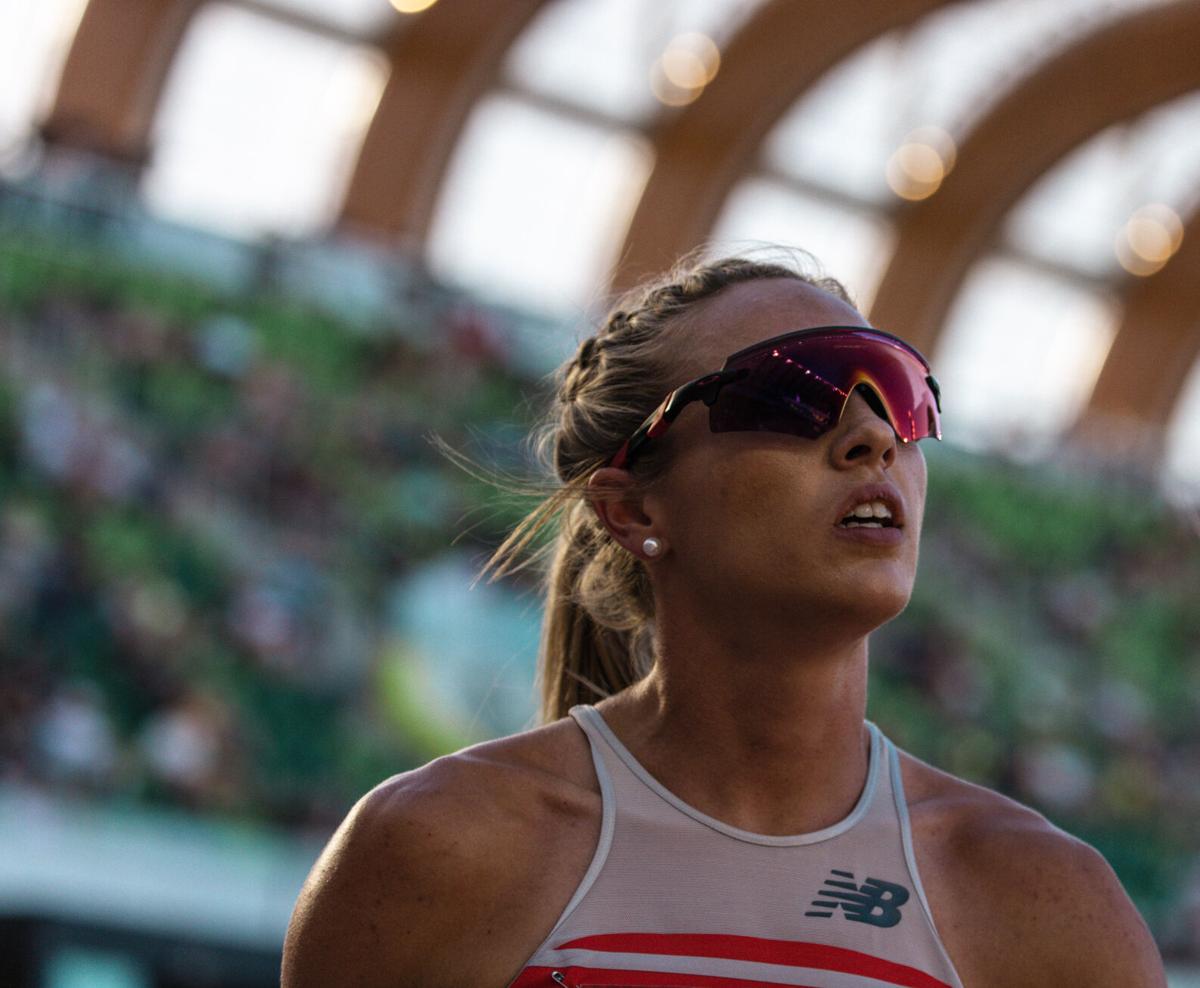 Elle Purrier St. Pierre and Heather McLean talk at the track at the Olympic Trials semifinal in Eugene, Oregaon.

Elle Purrier St. Pierre rocking some awesome shades at the track. She wins for speed and style!

Once again, speed and style.

Messenger Sports extends a big thank you to photographer Justin Britton who permitted us to share these exceptional photos of the semifinal with our audience. Briton chronicled Purrier St. Pierre's Olympic Trials from behind the lens.

Elle Purrier was almost bumped off the track in the early seconds of the Olympic Trials at Hayward Field in Eugene, OR. That early hiccup seemed to galvanize Purrier St. Pierre's resolve, and within moments she was pushing the pace at the front of the pack. She jumped out to the lead position and never looked back.

Purrier St. Pierre's determination paid off as she cruised to a new Olympic Trials record in the 1500m, crossing the line in a time of 3:58.03

Commentators noted that Purrier St. Pierre felt the difference in her approach to the Olympic Trials when compared to her 2016 appearance. This time around, Purrier St. Pierre learned how to channel the nerves into positive energy.

Purrier St. Pierre rejoiced in the win, an event made extra special by the presence of her New Balance teammates, Cory McGee and Heather MacLean (3rd), who were right behind her.