Starting at
$5.00 for 30 days
Get Started
View all rates
You are the owner of this article.
Edit Article Add New Article
Subscribe | Sign In
Home
News
Sports
Classifieds
Obituaries
Editorial
Business Directory
Things to Do
About Us
e-Edition
NEWSLETTERS
1 of 9 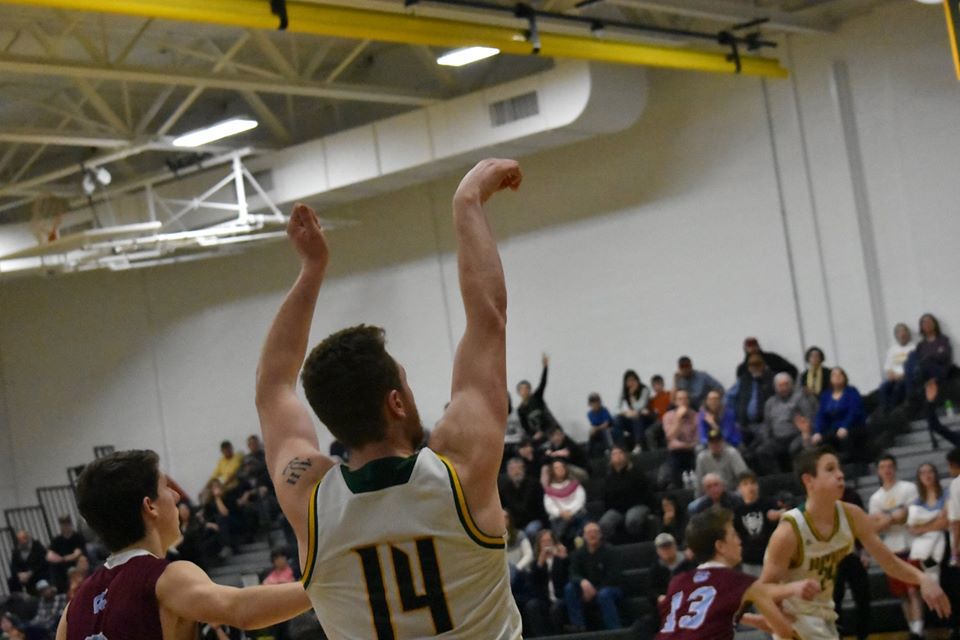 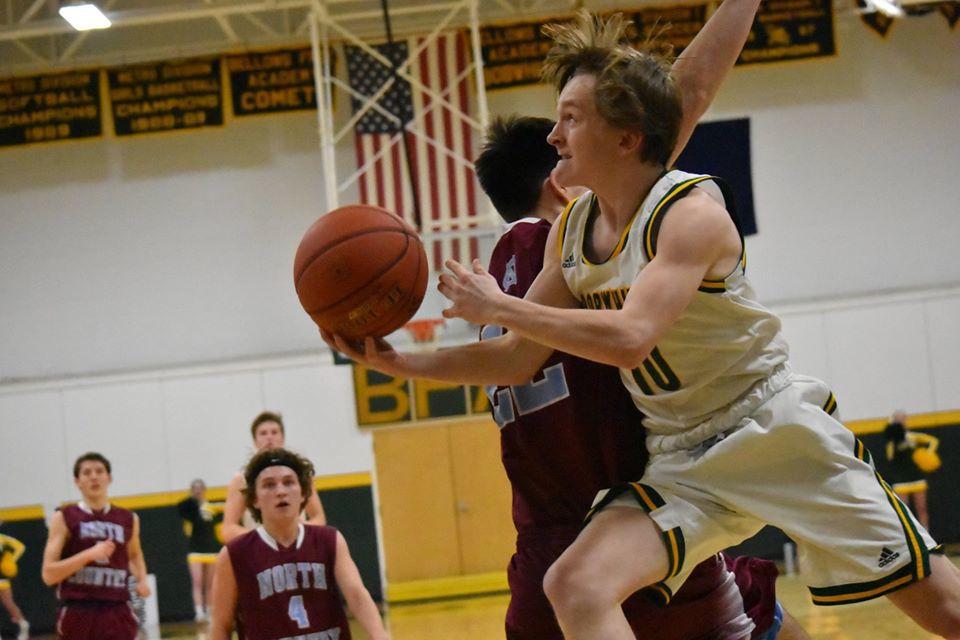 BFA’s Hunter Livingston drives to the basket during the second half. 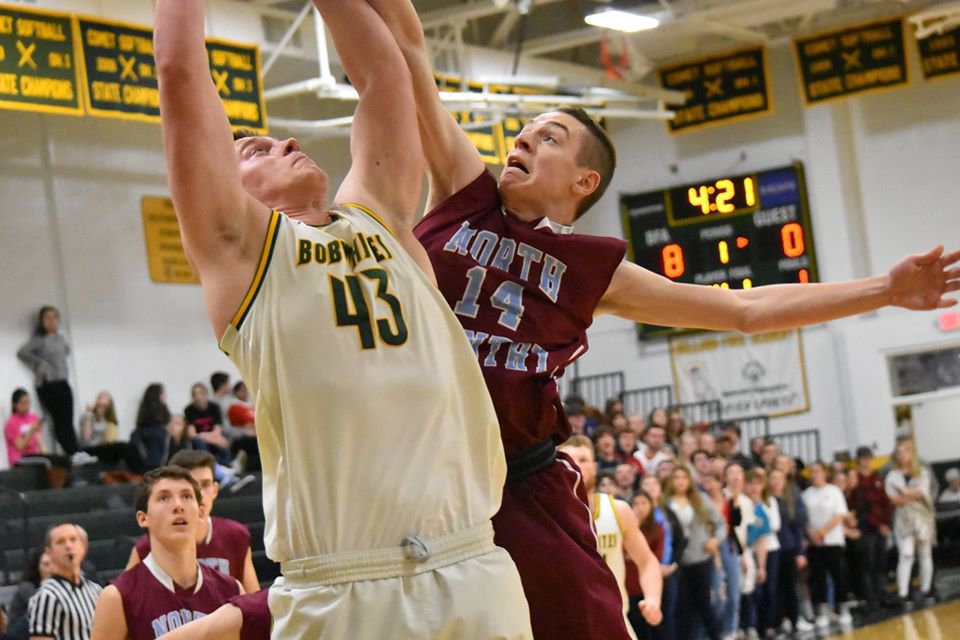 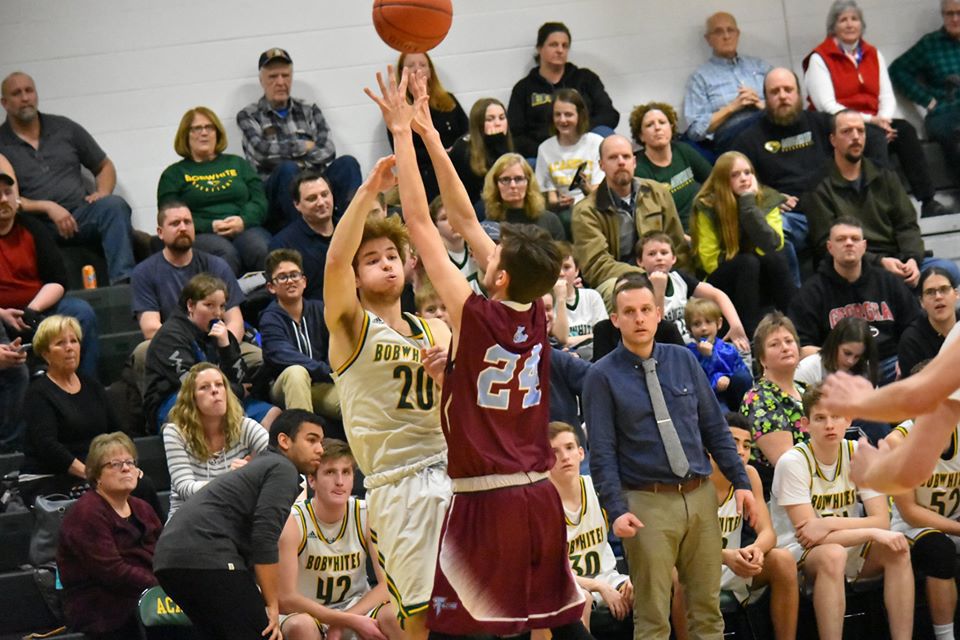 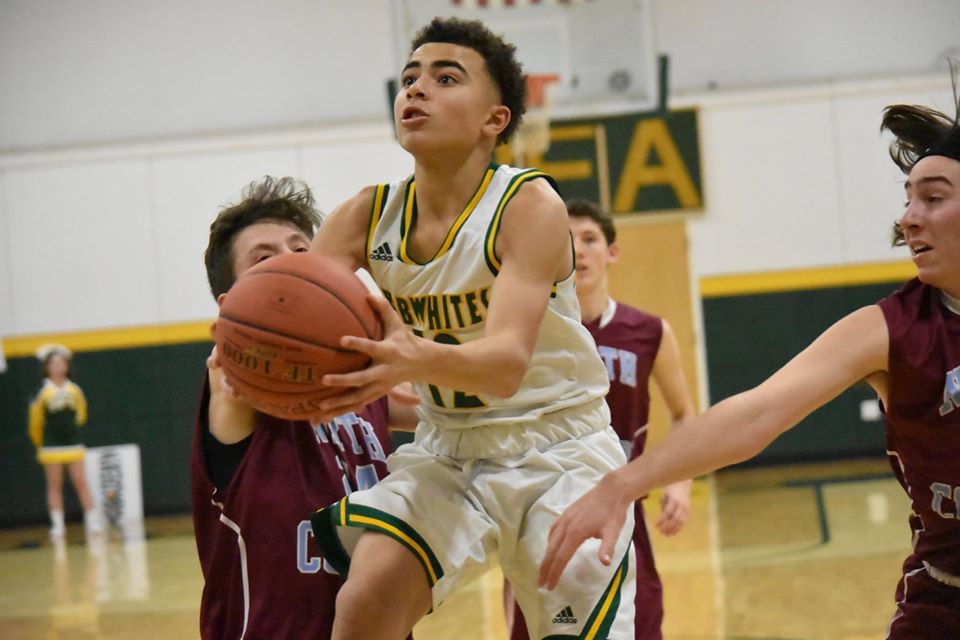 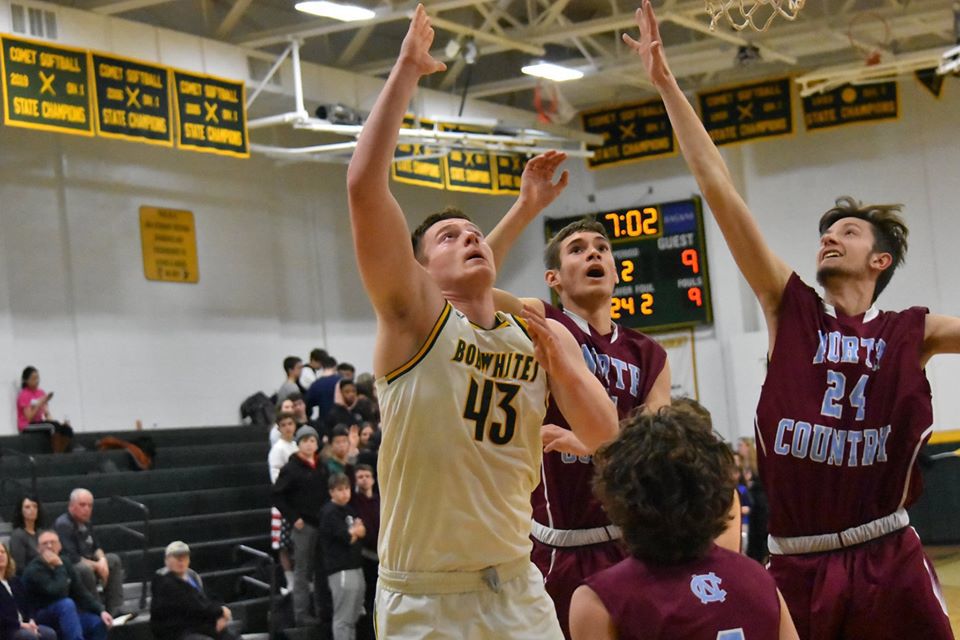 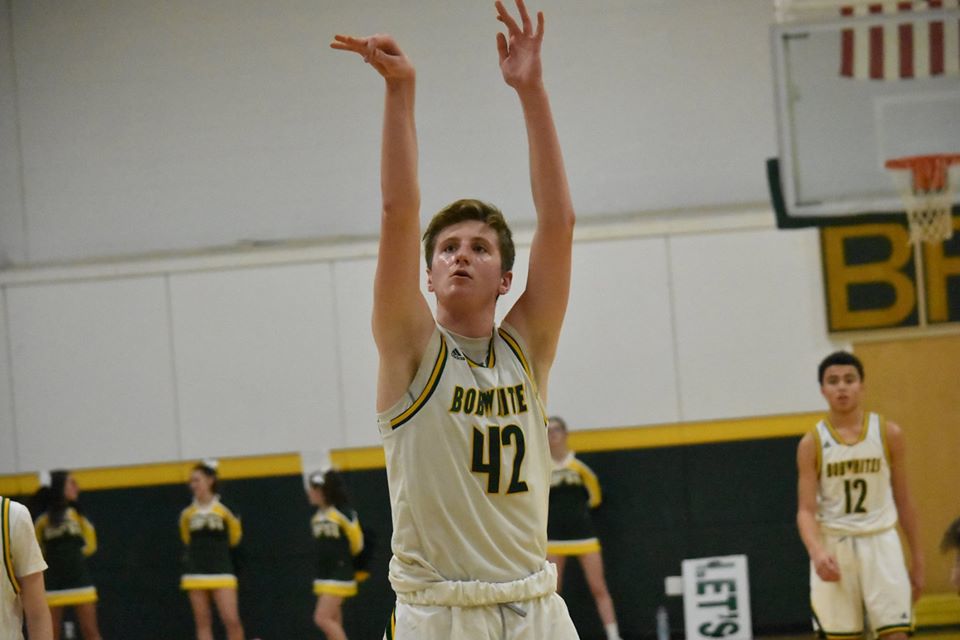 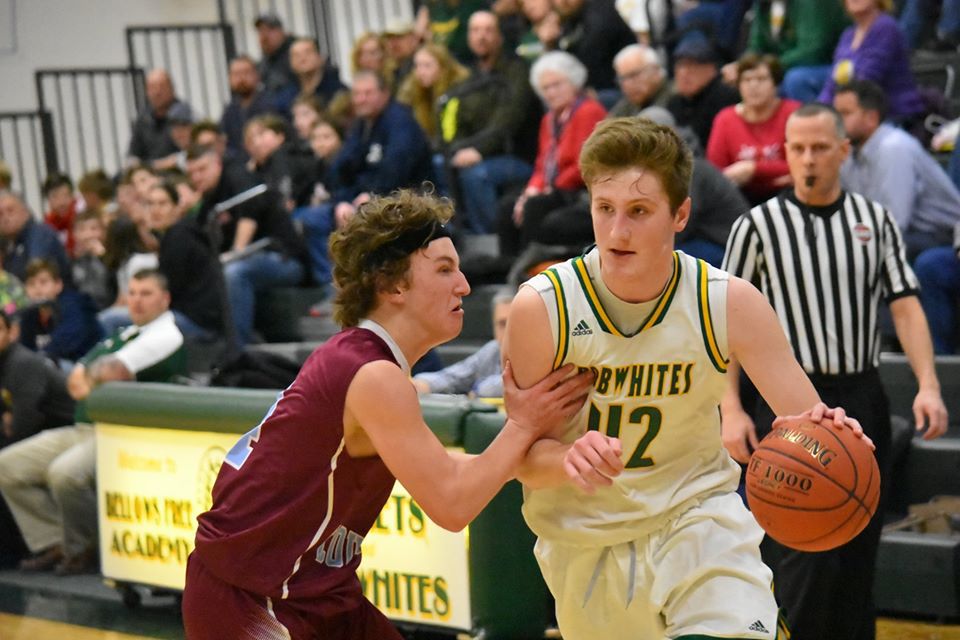 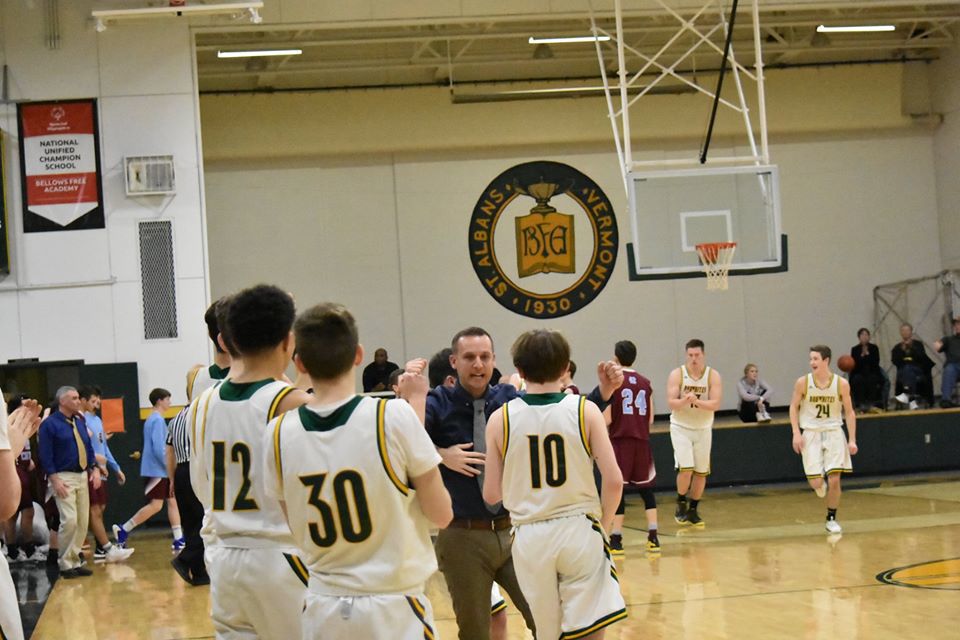 BFA’s Hunter Livingston drives to the basket during the second half.

ST. ALBANS — Thanks in part to a Kam Dunsmore three-ball in the waning seconds of Wednesday night’s game, the Bobwhites hung on to defeat North Country 60-57 after at one point holding an 18 point lead.

On the night of Dunsmore’s 18th birthday, his game-winning shot serves as quite the birthday present.

“That triple that he hit was definitely a birthday shot, some definite juju went into that,” BFA coach Matt Toof said.

Prior to the b-day glory, BFA came out of the gates roaring, fueled by four early Taylor Yates triples that helped fuel a 14-0 Bobwhite scoring spurt to open the game.

It took the Falcons nearly five minutes to score in the opening quarter, as with just over three minutes left, Brett Roy connected on a lay-in.

The slow opening quarter proved to be a setback for the Falcons as they trailed 18-6 at the end of the frame. But the resilient North Country squad relentlessly chipped away at the deficit.

Junior Corbin Brueck splashed home a triple in the Falcons first offensive possession of the second quarter, and it appeared to give North Country a jolt of energy on both sides of the ball. As the Falcon offense picked up, their defensive intensity increased too as the visitors shut down Yates for much of the second frame.

“I thought North Country did a great job shutting Taylor Yates down after his hot start. We really needed someone to step up and offensively, and that was Kam Dunsmore,” Toof said.

As BFA let the Falcons sneak back into the game by committing numerous turnovers — mostly on traveling violations- the Bobwhites found themselves trailing for the first time in the game as a Cayde Micknak free-throw propelled North Country to a 55-54 lead with a minute to go in the contest.

“Things felt good for a while, and then they fell apart,” Toof said.

From that point on, Dunsmore took control of the game and scored five of the final six BFA points to help his team advance to 7-7 on the season.

With Yates scoring the other Bobwhite point in the last minute of play he added to his game-high 22 point scoring effort. The Yates-Dunsmore duo had a combined 41 points in the game.

After dropping their first game of the season, BFA is now at the .500 mark for the first time this season, and the playoffs are beginning to loom large.

“We have to keep practicing hard. Our practices have been very intense and the guys have remained focused, we just need to continue to do that because once we get to the playoffs we are going to face some stout competition,” Toof said.