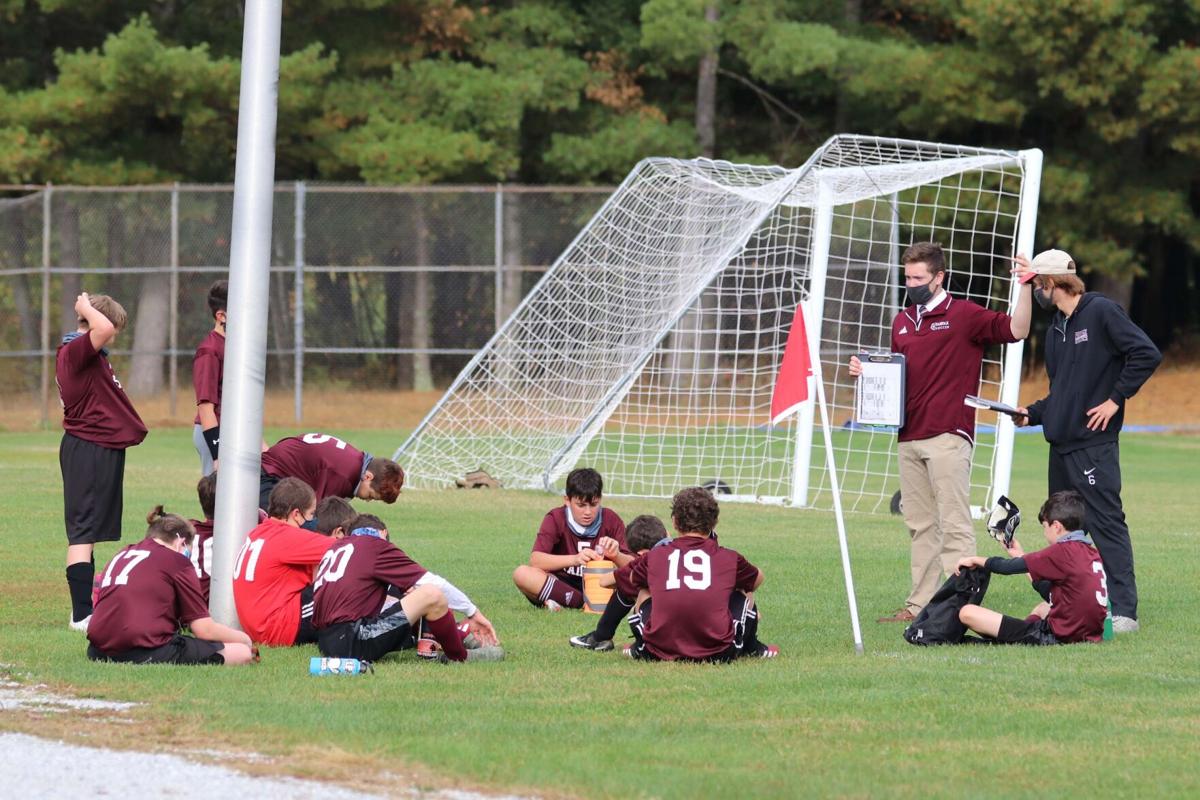 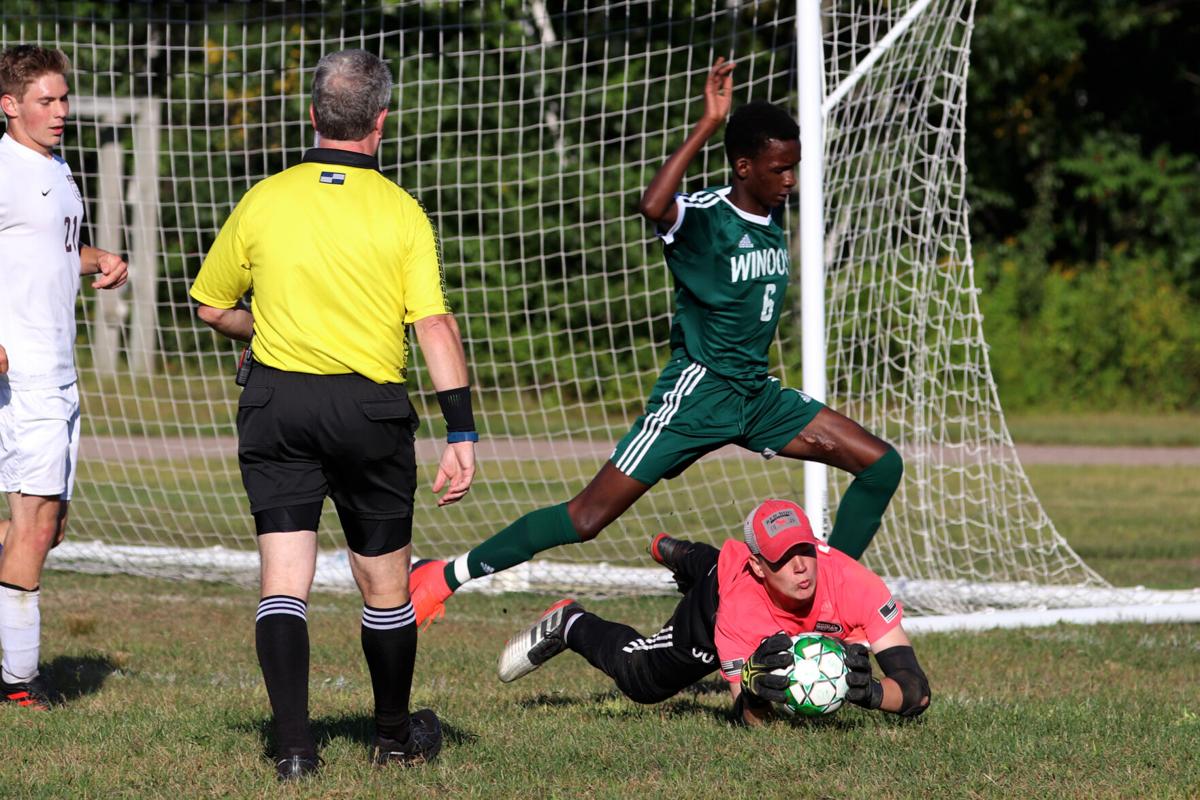 Robbie Dearborn, goalie for BFA Fairfax, makes a save against Winooski in the 2019 season. 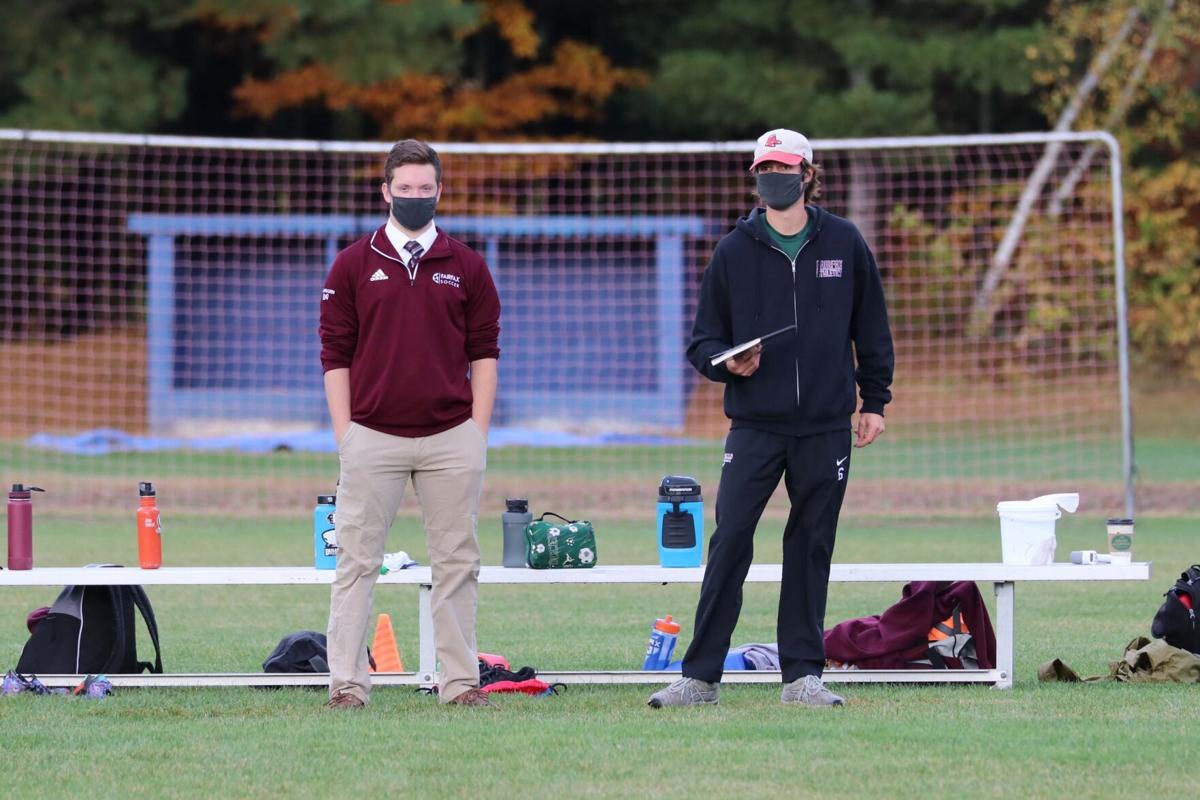 Robbie Dearborn, goalie for BFA Fairfax, makes a save against Winooski in the 2019 season.

FAIRFAX — Robbie Dearborn was one of the many 2020 seniors unable to compete in their final high school athletic season.

This fall, Dearborn returned to BFA Fairfax to coach the 7/8 boys’ soccer team.

“I’ve done a lot of coaching in the past--helping with the local club team and training goalies in the area. I enjoy doing that stuff,” said Dearborn.

“I played goalie my whole life, but I picked up a lot of stuff about the other positions because I was the guy analyzing the field.”

Fresh off his final year of high school soccer, Dearborn made adjustments when he took on the younger team.

“It’s more about having fun with the game rather than getting too technical,” said Dearborn.

Watching the kids absorb the information and utilize it on the field was always rewarding.

“One of the big things I went over with the kids was putting the ball back in play through indirect kicks, corner kicks, and throw-ins,” said Dearborn.

“One of the kids took a corner kick, a really good corner. We had our positioning right; it didn’t go in; it was so cool to see it.”

Dearborn is committed to building a love for the game in his players.

“We had practiced in rainy weather. We were running and sliding around; those are fun days,” said Dearborn.

“I want to make sure they get as many practice days as possible, but I also know they’re kids, and they need to get outside--especially during COVID.”

Dearborn knows all too well what it’s like to lose a season; he’s brought that perspective to the field with him.

“You can’t take athletics for granted. We had an A/B schedule this year, so I got ten kids one day and five on the other,” said Dearborn.

Dearborn, who graduated less than a year ago, brought some of his recent varsity experience with him.

“I’m thinking that these kids will be playing varsity someday, and I want to set them up to make that transition,” said Dearborn.

“Jake Hubbard, my varsity coach last season, was a great coach. He and his team of coaches were the best I ever had.

“They talked to us on a friendly basis, but when it was time to work, they were always our coaches. I wanted to have that with my team.”

Coaching a team with his own high school days so close in his memory has helped Dearborn think of ways to relate with his athletes.

“At one point, I was trying to get them to do some juggling,” said Dearborn.

“I told them that if they could get a certain amount of juggles, I’d run suicides with them. They straightened right up and were going right at it.”

Dearborn, who began playing soccer in the first grade and still plays in an adult league, had wise advice to give.

“Don’t stop playing; work on the skills at home, and you’ll get where you want to be eventually,” said Dearborn.

Love for the game came naturally to Dearborn.

“I don’t know why I love the game like I do. It just happened. My dad, Chad, played soccer, and I wanted to be like my dad,” said Dearborn.

“He’s the reason why I played goalie the majority of my life.”

The idea of giving back is not a new one to Dearborn. On top of his work schedule and coaching, he’s also a volunteer firefighter.

“I’ve been taught my whole life to volunteer and give back,” said Dearborn.

Dearborn enjoyed investing in his players, and the progress they made over the shortened COVID season was heartening.

“I love to see them put things in action. We lost our first game, but they were fighting to the last minute,” said Dearborn.

“We had a lot of practice between our first and second games, and they put that right into action. They were doing such a great job.”

Dearborn may have missed his final high school season due to COVID closures, but he’s doing his best to ensure others will get to enjoy theirs.

“I knew everyone was at a different level, and my goal was for every single kid to learn a little more and be a little better than they were at the beginning.”